Accessibility links
Have $32,840 To Spare? Enjoy Your Flight : 13.7: Cosmos And Culture Extreme-luxury travel costs sums few of us can afford, and, says anthropologist Barbara King, invites us all to reflect on how the global economy works and our own role in it. 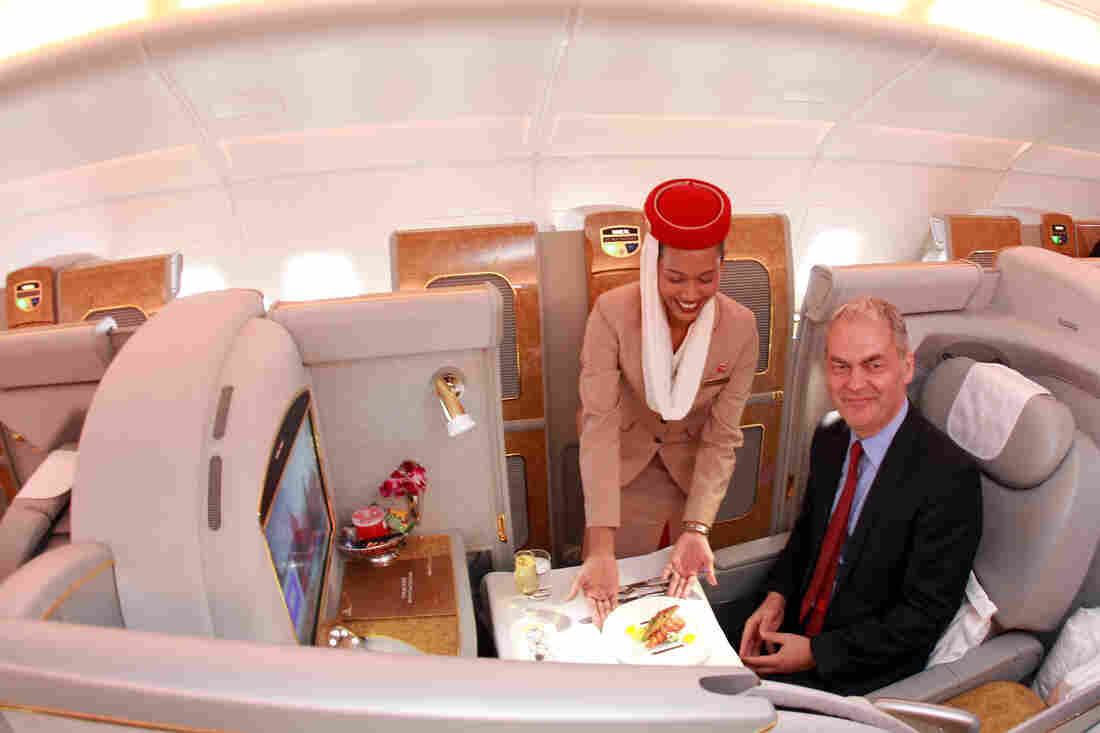 Emirates executive Thierry Antinori poses for the camera in a first-class seat aboard an Airbus A380 in Munich in 2011. Alexander Hassenstein/Getty Images hide caption 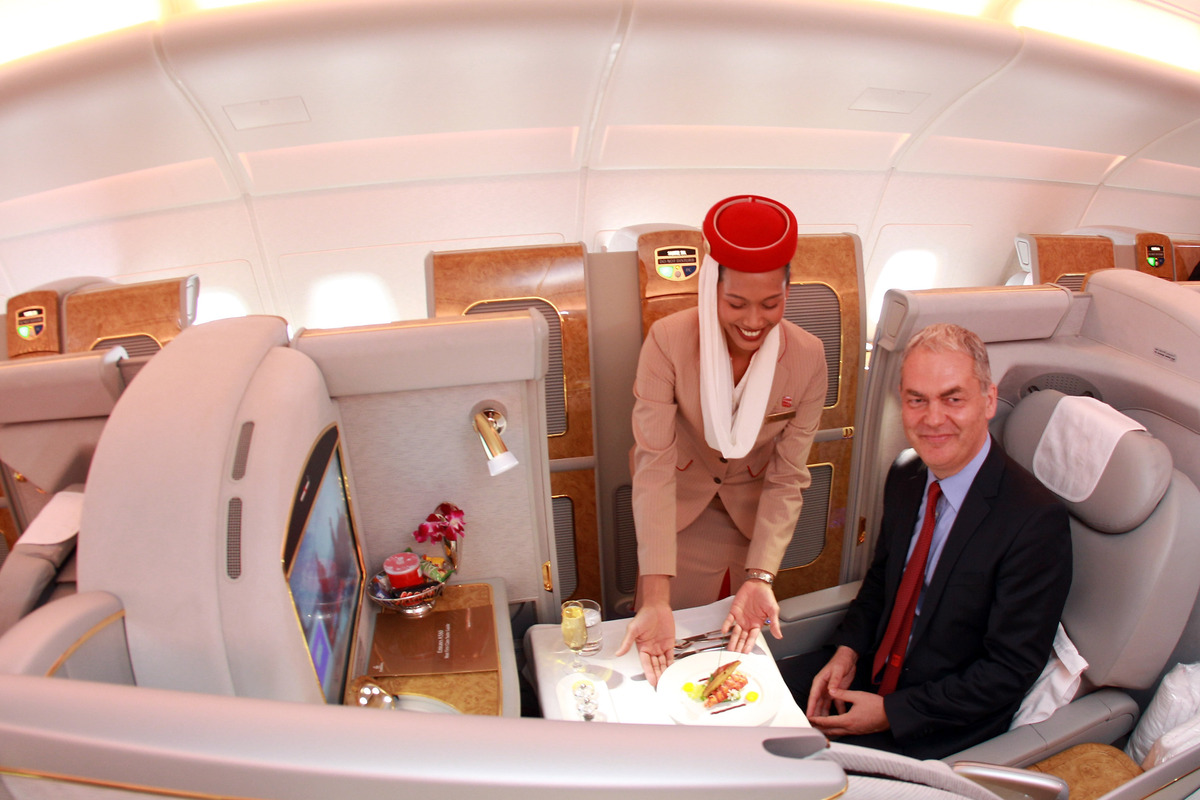 Emirates executive Thierry Antinori poses for the camera in a first-class seat aboard an Airbus A380 in Munich in 2011.

The summer vacation season is upon us. I got an early start today, heading up the road to the Jersey Shore, also known as Springsteen country, also known, to me, as home.

My goal is to have — for a few glory days — no goals! Unless you want to count enjoying time with my family, scanning the sea for dolphins, reading novels and eating thin-crust pizza made in the delicious way that my beautiful, adopted state of Virginia just doesn't get. I'm excited already.

One extra benefit is that it doesn't cost $32,840 to get there. OK, it's not likely to cost anyone I know $32,840 to get anywhere, including the beaches of the Garden State.

But it does cost that much, The New York Times reported last week, to fly first-class from Los Angeles to Dubai and back on an Emirates Airline A380 superjumbo jet.

And as I pack my travel bags, I can't help but wonder what trip — by air, sea, or road, for pleasure or business — could be worth that individual ticket price. If you pay it, here's what you get, according to New York Times writer Joe Sharkey:

"You will enjoy superb food and drink and be cosseted in a private compartment with a sliding door, a lie-flat seat with mattress, a vanity, a personal minibar and flat-screen television set, and a luxury bathroom down the aisle where you can take a shower."

Extreme luxury spending is none of my business, you might conclude, since people have the right to do whatever they desire with their own money (including handing over $40,000 a night for a Manhattan hotel room or creating a billion-dollar house that boasts garage space for 168 cars).

It's inarguable that this right does exist. So that's not really my point. Still, I can't help but think how many families could be fed and how many animals cared for if people didn't feel the need to shower at 30,000 feet.

I leave myself open here, I am aware, to charges of naivety about how life and political economy work.

If we extend the principle in question, also, I should reverse our car's direction today on the Jersey Turnpike, cancel the beach reservations and donate my vacation money to good causes. That, I'm not going to do (though, like millions of others, my family does support good causes).

Here at 13.7 last week, we got into a discussion of inequality, in that case of decision-making and power, and whether greater equality than we have globally today could be achieved during the colonization of Mars. A good deal of pessimism was expressed on that score by people who commented — or maybe it's better called realism.

It's economic inequality I'm writing about today and I expect statements of pessimism to emerge once again. But — just as I argued when participating in last week's back-and-forth in the comments section — it can't be enough just to throw up our hands in resignation.

Perhaps a global, progressive tax on net wealth, such as suggested by Thomas Piketty, the author of the current hit book Capital In The Twenty-First Century, would send us down a better path? Would it be a genuine blow (if, of course, not a knockout one) to inequality if the flat-seat, flat-screen-watching flyers and their hedonistic on-the-ground counterparts were taxed in this way?

The bottom-line queries for me are these: How much luxury does a person need in an airplane flight? Isn't it madness, really, to spend such immense sums on excesses such as these?