Accessibility links
A Problem Like No Other: Science And Politics : 13.7: Cosmos And Culture The products of science define modern life. But existential danger lurks in the chasm between the relentless advance of science and the values of politics, says commentator Adam Frank. 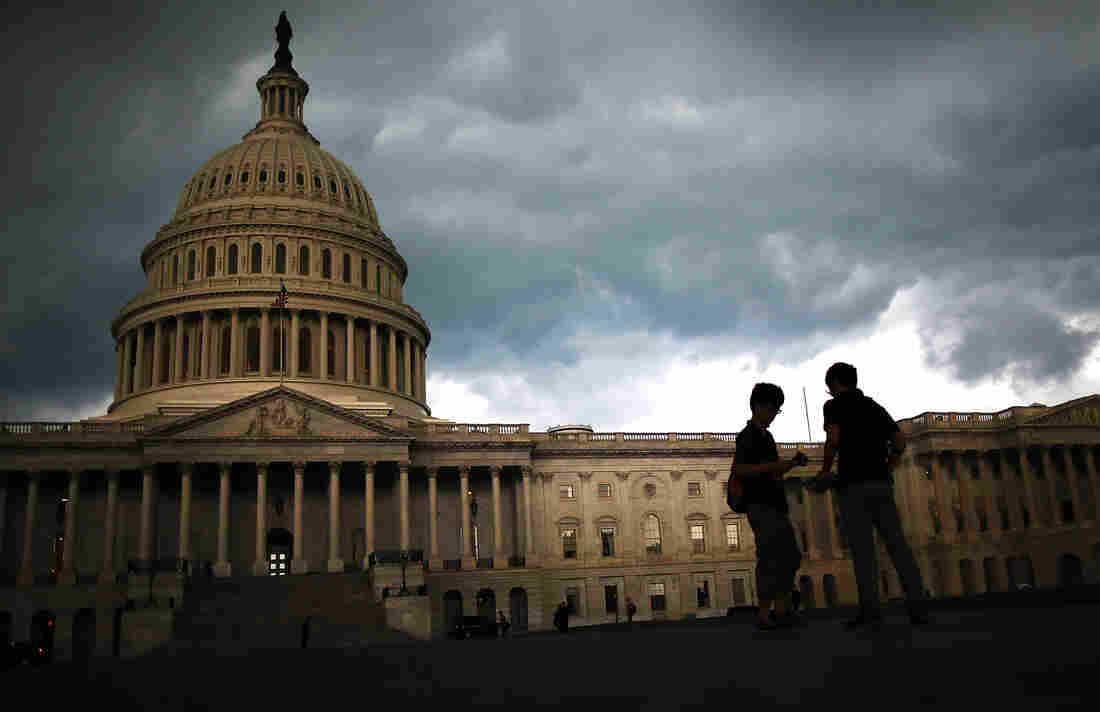 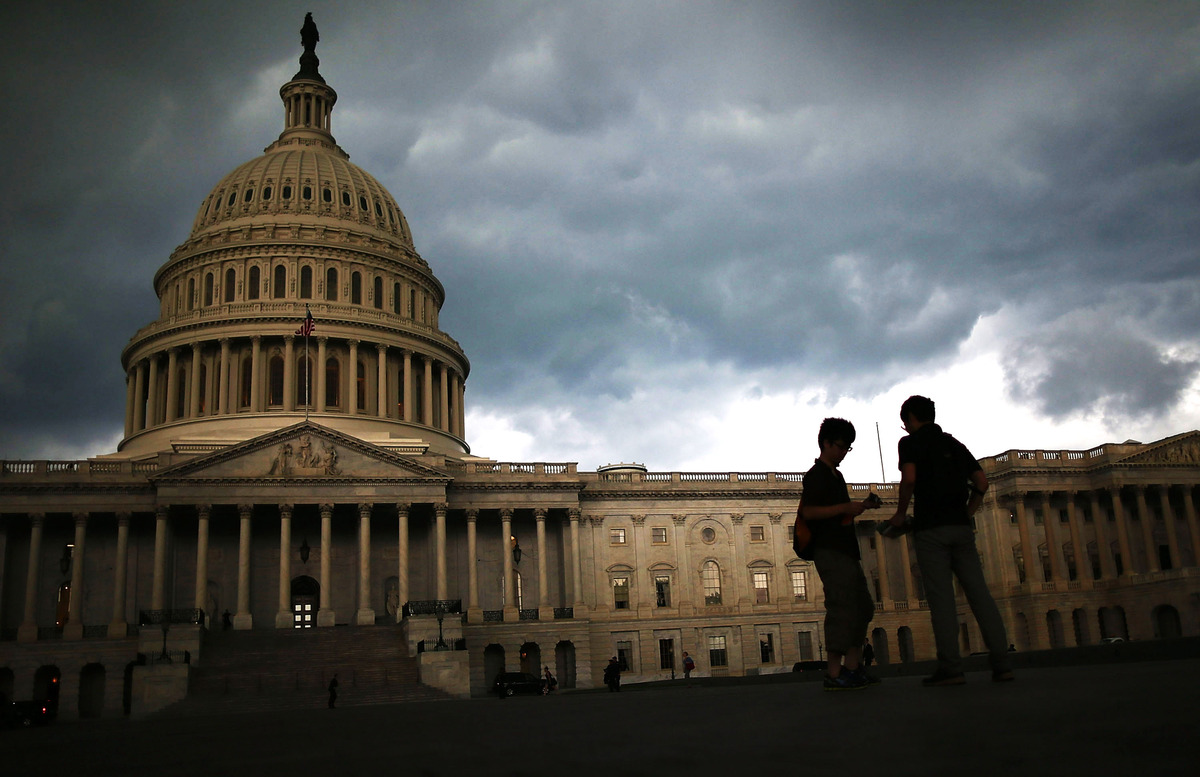 We have a problem. It's a big one that raises big challenges for the human future and the ability of our most cherished political institution — democracy — to guide that future.

First, however, let's begin by acknowledging what we have already done. Over the past 200 years, we've used science to fundamentally change the meaning of human culture via revolutions in industry, transportation and communications. This globally connected society of instant information transfer and godlike powers of production and destruction would seem like a dream (or a nightmare) to 99 percent of the generations that preceded us.

Looking forward, science will soon be giving us even greater powers. Using techniques like genetic engineering, for example, we are poised to redefine what it even means to be human. On another front, brain-computer interfaces being developed now may soon have the power to redefine mind and consciousness.

So it's clear that science has given us — and will give us — great power. Now what about the great responsibility?

The problem is that we appear to be stumbling in our attempts to deal with the supremely difficult collective choices science and technology continually shove in our faces. Since the operative phrase here is "collective choices" — decisions made through democratic processes — here are a few questions to consider:

The critical and endlessly exasperating case of climate change is the urexample of the problem. The basic scientific case that the planet's climate is changing due to human activity has been settled for at least 25 years. What's more, policymakers have known about the dangers of climate change going back to the 1960s. But, as we are painfully aware, not only has nothing been done, but opposition is so prevalent that we can't even get to debating the real issue.

The political battle over the science of climate change makes it clear how vast the chasm is separating how science understands the world from how politics acts in the world. As Micheal Mann has written from personal experience and Andrew Revkin has covered for years, climate science and politics have made for an ugly stew.

What makes this gulf all the more frightening is that the climate issue is only one of the existential questions we face. Genetics, robotics, big data, artificial intelligence, brain-machine interfaces, energy modalities — each one has the capacity to drive radical shifts in our culture. All of these may — in fact — pose fundamental dangers to human culture. Or they may lift us all up. It depends on the choices we make.

And before we take another step, I want to be clear: The problem is not simply "let's pay more attention to scientific experts."

In some cases, such as climate change, it is clear that the science is being ignored or distorted by some in the arena of politics. Ignoring what scientists are telling us in this domain (or, worse, vilifying them) is an ultimately self-destructive act. But when it comes to telling us what we should do about climate change — a question that hinges on values as much as on data — scientists are not in a privileged position.

It's exactly the emphasis on values that makes the problem of science and politics so wicked. Politics is a domain ruled by values as well as facts. Science usually strives to step back from questions of what we value and asks only how the world behaves with or without us.

In addition, scientific training includes next to nothing in the way of exploring the societal function and consequences of science. In fact, scientists can go through their entire education with little training in anything outside their technical specialties.

Thus the reasons for the gulf between science and politics are many and are not universally the fault of politicians. Lets face it: Only a small fraction of the general population are actually scientists. That means very few people have direct contact with the day-to-day realities of how science reaches its conclusions and builds consensus. As a result, most people have a hard time telling the difference between firmly established laws of nature and the back and forth of unsettled questions.

It's this incomprehension about how science works that makes the gulf between science and politics so dangerous for democracies. Between the public's understandable lack of understanding and the ever-growing pervasiveness of science in our lives lies a fault line that can be exploited for all the wrong reasons. If people don't understand how science reaches its conclusions, it's all too easy for vested interests (and there will be many) to misconstrue, misinform and misdirect public debate.

Imagine, for a moment, if the typewriter industry in the early 1980s had managed to manipulate discussions of the burgeoning science of networked computers for its own purposes. Might it have succeeded in ensuring that the fruits of computer science never reached the masses?

When it comes to big data or genetics or energy, there will be many interests pushing to spin the relevant science. But how can we, as members of a democratic society, respond as informed citizens? How can we act with wisdom? And if we can't, who will we choose to be our proxies and on what basis will they act? Most importantly, if, in our incomprehension, the wrong choices are made and we suffer, what will be the consequences? Will we seek to empower a stronger hand to deal with the mess, abandoning democracy in favor of expediency?

No one expects politics to be pretty or bloodless. But when the issues at hand are existential — as with the genetic future of our species — a functioning democracy will only function when the place at the table for science is clearly understood.

There is no easy answer to the dilemma of science and politics. But in a world whose politics will be increasingly dominated by issues that exist only because of science, we can begin by recognizing the existence of the problem and its gravity. Our fate as a democratic society depends on, at least, taking that first step.