Accessibility links
Does Science Have Limits? : 13.7: Cosmos And Culture Does science have limits? Commentator Adam Frank reviews Marcelo Gleiser's eye-opening new book exploring this very question. It appears that we are forever headed into the dark. 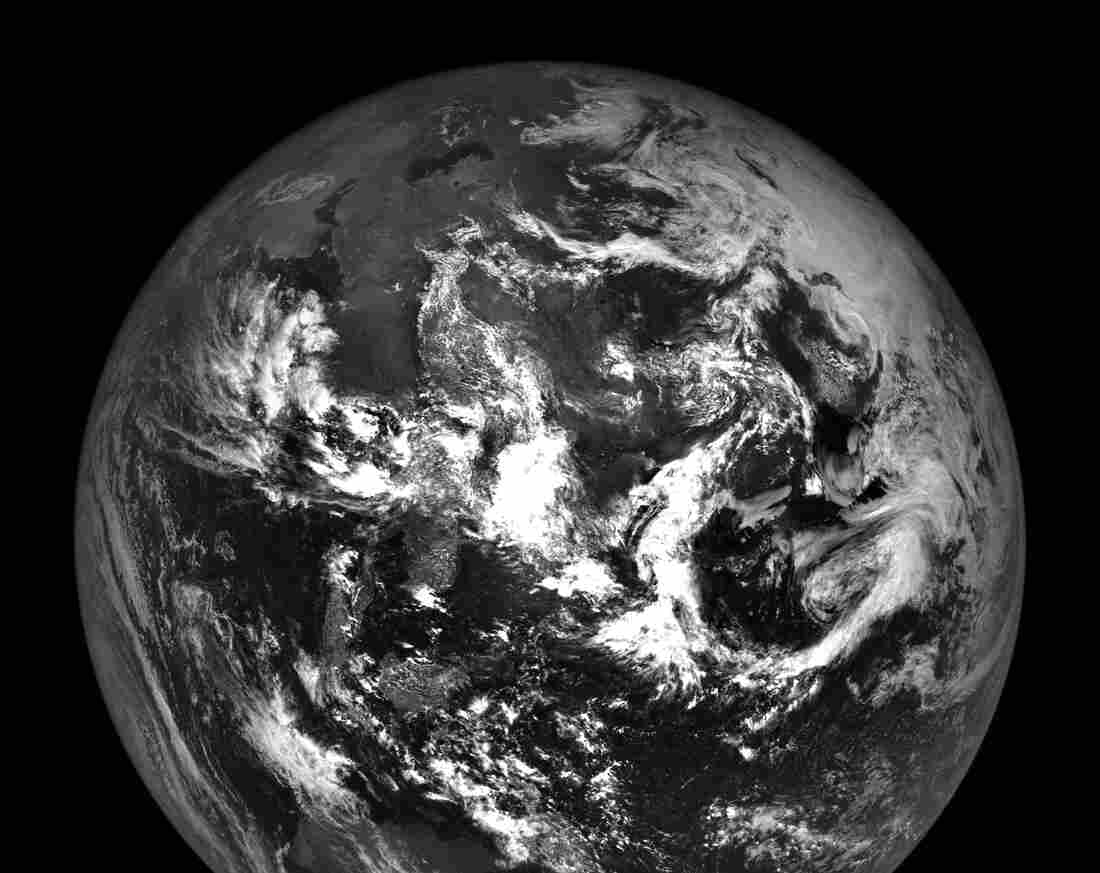 In the quest to understand our world and the universe in which it sits, Marcelo Gleiser advises: "Not all questions have answers. To hope that science will answer all questions is to want to shrink the human spirit, clip its wings, rob it from its multifaceted existence." Goddard/Arizona State University/NASA hide caption 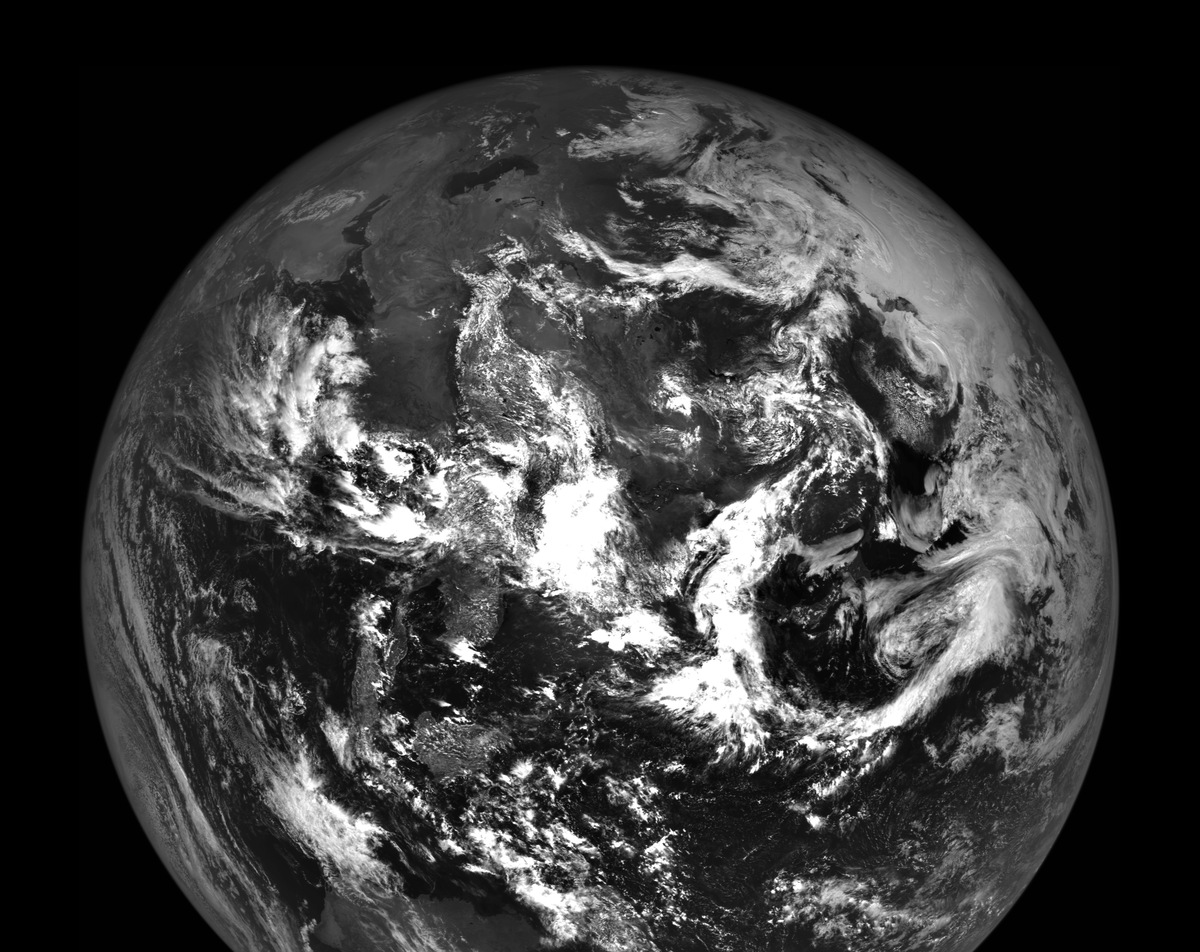 In the quest to understand our world and the universe in which it sits, Marcelo Gleiser advises: "Not all questions have answers. To hope that science will answer all questions is to want to shrink the human spirit, clip its wings, rob it from its multifaceted existence."

The very first time I met Marcelo Gleiser he wanted us to start some trouble. Already established as a leading theoretical physicist, Marcelo wanted us to form a group blog to more fully explore science in its full human context (that blog, of course, became this blog: 13.7 Cosmos And Culture). Both of us retained the passion and excitement for science that had started us on the path to research. But we found common ground in the feeling that there was something else going on that was not being said.

The usual triumphalist narrative of science as the one-and-only path to truth — a complete and all-encompassing truth — was, for us, dangerously limited. It missed something essential about human experience and about what made science itself so remarkable. At the time, however, the foundations needed to establish these ideas were still lacking for us as practicing scientists. How could we understand the limits of science while also understanding its boundless potential?

Now, however, I understand far more about what the answer to these questions must look like. I understand because Marcelo has, in his new book, worked them out with both precision and with poetry. 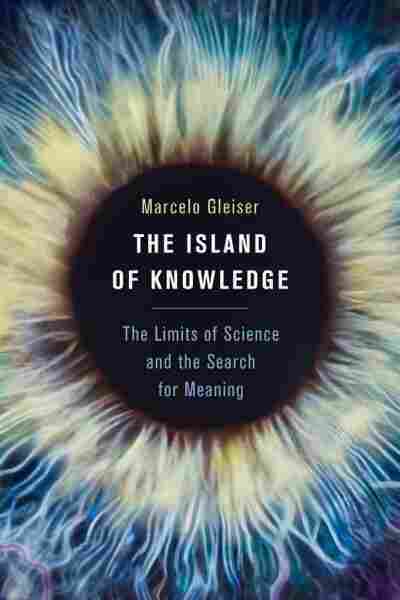 The Island of Knowledge

The Limits of Science and the Search for Meaning

Today I want to take you through a couple of the main points of Marcelo's new work. This is obviously not an unbiased review. But I am genuinely excited about what he has hammered out. It's a path forward, toward a new, more complete and more enlightened vision of this gift called science.

The central metaphor of the work is contained in its title The Island of Knowledge, by which Marcelo means the sum total of human understanding. We are used to thinking of human knowledge, particularly the knowledge gained from scientific and technical endeavors, as increasing without bound. But what Marcelo is interested in is the often-missed consequence of this expansion. As he puts it:

"Naively, we would expect that the more we know of the world, the closer we come to some sort of final destination, which some call a theory of everything and others the ultimate nature of reality. However holding on to our metaphor, we see that as the island of Knowledge grows, so do the shores of our ignorance — the boundary between the known and the unknown."

In the hands of a lesser writer, recognizing that there's no final destination for scientific endeavor could have devolved into another form of scientific triumphalism — a "more-answers-equals-more-questions-into-the-brave-future" kind of riff.

But that is not the territory Marcelo wants to explore. Instead, he takes seriously the limits imposed by an ever-growing boundary between our island of knowledge and the oceans of unknowing. With unflinching honesty he asks what the boundary implies at the deepest levels for science and the human prospect.

Take, for example, the quest for a Theory of Everything. Be it String Theory or some other contender for an ultimate theory of nature, the assumption is often that the whole of reality will, in principle at least, be completely corralled by some form of concise mathematical description. By tracing the history of these endeavors and framing them within their proper quantum mechanical foundations, Marcelo demonstrates the essential impossibility of their aims.

One part of his reasoning is baked into the practicalities of doing cosmology. Marcelo lays out explicitly what can be tested (making it part of science) and what cannot (making it metaphysics). Another part of his argument rests on an expert unpacking of the different ways limits on knowledge emerge from quantum physics.

Beyond the mechanics of such limits, Marcelo looks directly at the metaphysical assumptions often built into the search for ultimate theories. Platonism — the idea that the world we perceive is nothing more than a corrupted shadow of a more perfect and purely mathematical reality — has a strong pull for physicists (myself included, for many years). But the platonic ideal is nothing more than an idea. It is not science and never has been. As Marcelo puts it:

"Indeed, belief in the existence of a mathematical realm wherein lies an infinitude of true statements that the human mind can pluck with greater or lesser efficiency given the imagination and ability of the plucker, has all the ingredients of a religious fantasy: an imaginary world existing in a reality parallel to our own, where deep truths are hidden ... "

The problem Marcelo unpacks is how a metaphysical hypothesis — the existence of a timeless, separate, higher mathematical reality — gets transformed into the de facto goal of science. The danger with this metaphysical leap is that we lose our understanding of exactly what science is, where it lives within us and, most of all, the grand promise it truly offers. It misses the fact that it is this world, the one we inhabit so fully, so achingly and with such imperfect understanding that all our scientific efforts are for.

Ultimately Marcelo is answering the challenge of Scientism — the idea that science is the one-and-only route to true knowledge. As he says:

"It is also good to remember that science only covers part of the Island, that there are many ways of knowing that can and should feed on one another. While the physical and the social sciences surely can illuminate many aspects of knowledge, they shouldn't carry the burden of having all answers. How small a view of the human spirit to cloister all that we can achieve in one corner of knowledge!"

It is the this view, worked on through engaging explanations of inflationary cosmology, the dynamics of the multiverse and the nature of quantum entanglement, that make Marcelo's book so successful. He has found a roadmap for making all science our science. There is no need to root scientific endeavor in some imagined perfect cosmic perspective or demand that, at root, it provide a full-and-comprehensive account for all being. Science is all the more astonishing, all the more remarking, for simply illuminating our being. For in the end, it is all about our questions and as Marcelo eloquently puts it:

"Not all questions have answers. To hope that science will answer all questions is to want to shrink the human spirit, clip its wings, rob it from its multifaceted existence."

And finally, does this perspective diminish ourselves or the goal of science? Marcelo answers:

"I understand that it is hard for some to accept that this limitation doesn't take away from the beauty and explanatory power of science. This resistance, I believe, is rooted in an antiquated way of thinking, where science is seen as the conqueror of all mystery, a view that confuses the fictional goal of acquiring absolute knowledge with the drive to keep on searching. Quite the contrary, I argue, to see science for what it is makes it more beautiful and powerful, not less. It aligns science with the rest of the human creative output, impressive, multifaceted, and imperfect as we are."