Accessibility links
Why We Aren't The Parents We Know We Could Be : 13.7: Cosmos And Culture Knowing how to be a good parent and actually being a good parent are two very different things. Tania Lombrozo takes a look at the science and the reality of raising children. 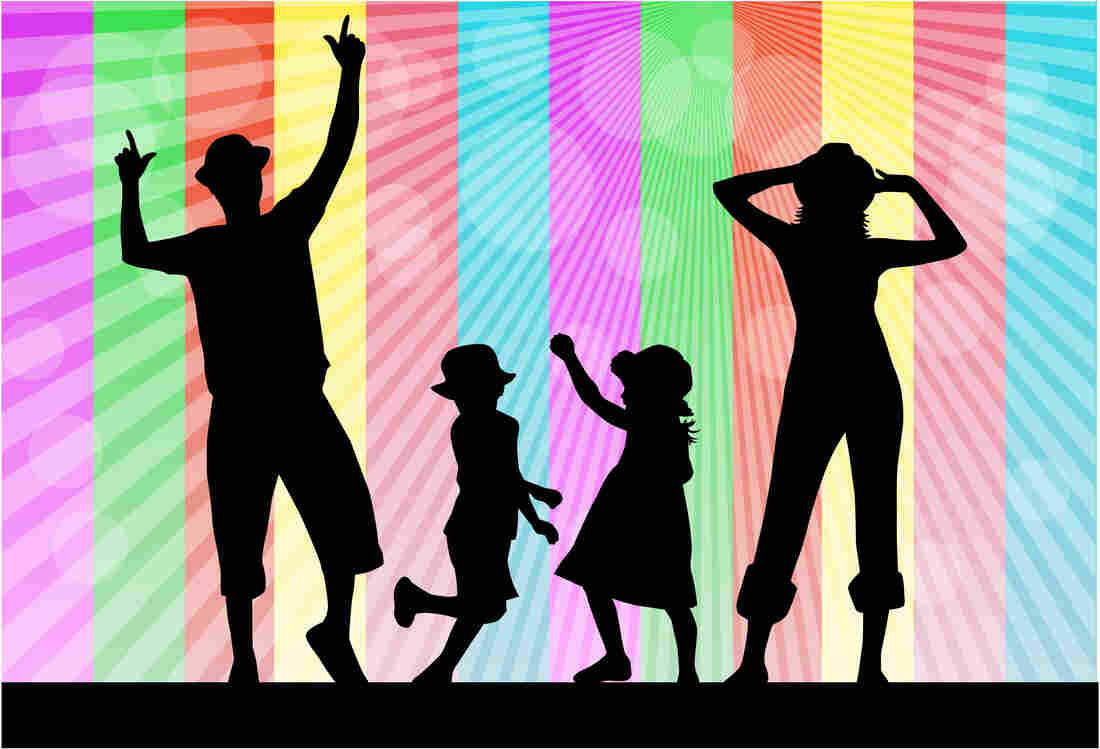 I'm trying to create circumstances for better parenting, and to pat myself on the back when I pull it off. iStockphoto hide caption 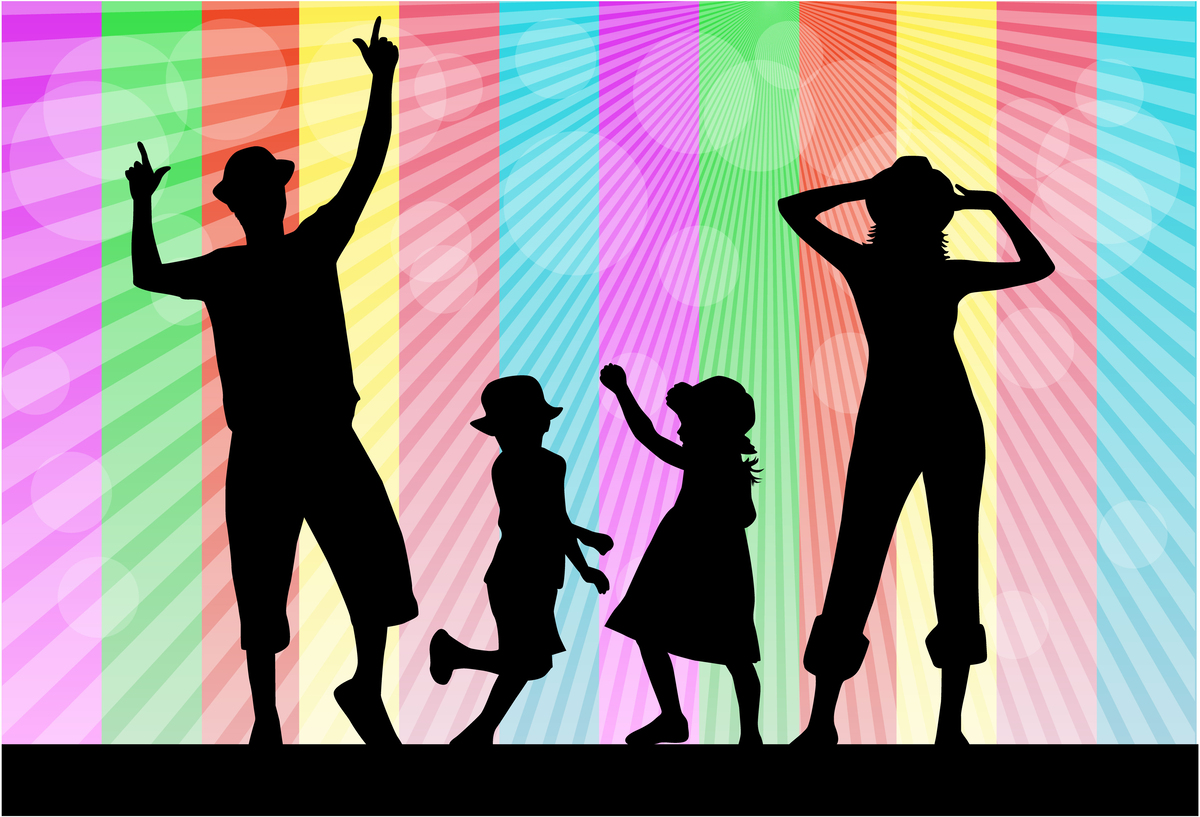 I'm trying to create circumstances for better parenting, and to pat myself on the back when I pull it off.

Most parents I know suffer from occasional — or constant — eruptions of parental self-judgment: moments when they feel they fall short of being the parents they could be. There's a gap between what they know about effective parenting (in the abstract) and what actually happens in everyday practice — in the car, in the supermarket, in the living room.

As a psychology professor, I suffer from a particularly acute form of this affliction. On one level, I know a lot about human cognition and child development. I've published papers and taught courses on material relevant to parenting, if not on parenting itself. The principles of learning that I cover in Cognitive Psychology 101, for example, apply equally well to rats pulling levers and to toddlers sharing toys. So I thought I might have some special advantage when it came to raising my own kids — a leg up, compared to most parents, on how to encourage good behavior, if nothing else.

Three-and-a-half years into my own private practicum in parenting, I'm not so naive anymore.

Of course, there are all sorts of reasons why "knowing better" doesn't always translate into "doing better": we're busy and exhausted, we're lazy and set in our ways. Plus, it isn't always obvious when and how the abstract applies to the concrete. But it turns out that one of the most important lessons from psychology about how to change children's behavior is also the key to why knowledge of better parenting is rarely enough to make us better parents.

The lesson is this: to encourage a behavior, you need to generate the best conditions for it to arise and then reinforce the heck out of it. Merely knowing what you should do is often insufficient to reliably bring the behavior about and merely knowing doesn't offer much in the way of reinforcement.

To back all that up with authority and anecdote, consider the following passage from psychologist Alan Kazdin and writer Carlo Rotella's book on parenting:

"Don't believe that knowing and doing are necessarily related. A lot of parents tell me something like 'My child needs to know that such behavior will not be tolerated in this house.' That is fine as a statement, and I expect that your child, if she's old enough to discuss it, knows the rule. But knowing and understanding the rule by itself will not lead to your child changing the behavior."

"Bottom line: to teach knowing and understanding, talk about the rules, especially when everyone is calm. Look for opportunities to point out examples of following the rules if you see something on TV, in a store, at the mall. Say to your child, 'Look how that boy is playing so nicely with his baby sister.' But bear in mind that none of the above will be sufficient to get the behavior you want."

The upshot is that if you're hoping to change children's behavior, you need to do more than communicate your expectations.

So what will change children's behavior?

Kazdin and Rotella advocate what they call "reinforced practice" and "positive opposites." In brief, you can encourage desired behaviors by repeatedly eliciting them (or their successive approximations) and reinforcing them as soon as they happen, and you can eliminate undesirable behaviors by reinforcing the positive behaviors you want to replace them with. (See, I wasn't kidding about rats and levers.) Punishment in some forms has its time and its place, but it's rarely effective, and it's rarely the best choice.

These principles don't just apply to kids and to rats. If you want to change your own behavior, exactly the same ideas apply. So if you're hoping to become a better parent, you need to do more than learn some psychology or skim through some parenting books.

As adults we don't have the advantage of benevolent, parental overlords engineering our environments, but we still have some options. For example, psychologist Laurie Santos and philosopher Tamar Gendler, in a short essay at Edge.org rejecting the idea that "knowing is half the battle," write:

"The lesson of much contemporary research in judgment and decision-making is that knowledge — at least in the form of our consciously accessible representation of a situation — is rarely the central factor controlling our behavior. The real power of online behavioral control comes not from knowledge, but from things like situation selection, habit formation, and emotion regulation. This is a lesson that therapy has taken to heart, but one that 'pure science' continues to neglect."

In other words, we can try to change our own environments to trigger and reinforce the right behaviors, work on making those behaviors routine, and change the way we construe situations — if not the situations themselves — to change the way we feel and the way we act. For instance, construing a toddler's misbehavior as deliberate provocation will likely elicit a different emotional response (and different parental behavior) from construing the same misdeed as the little tyke's exploration of her social world — an experiment in figuring out how you work.

When it comes to my children, I know that punishment is rarely effective. I try — with varying degrees of success — to implement strategies like reinforced practice and positive opposites. Now I'm trying to do the same for myself. After all, unconstructive self-judgment is itself a form of punishment and not a very effective one. Instead, I'm trying to create circumstances for better parenting, and to pat myself on the back when I pull it off. I can't control how much I'm judged by others. But I can begin to change how much I judge myself.

So here's to less self-judgment, and to more self-reinforcement ... when we manage to pull the right levers.