Accessibility links
Standing Up For The Beauty Of Basic Science : 13.7: Cosmos And Culture How should scientists respond to attacks painting their research as silly and wasteful? Commentator Barbara J. King talks with researchers who say it's time to stand up for the value of basic science.

Ducks Do It Differently, And Science Wants You To Know About It

Ducks Do It Differently, And Science Wants You To Know About It 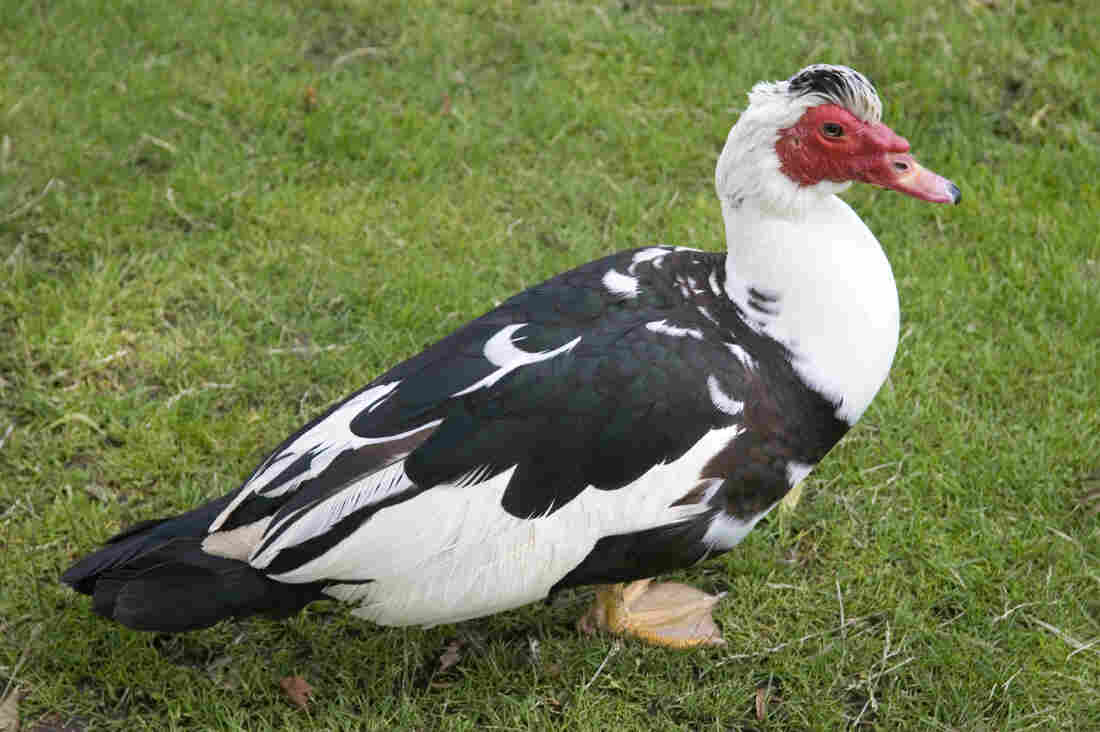 A duck with secrets that only science can uncover. iStockphoto hide caption 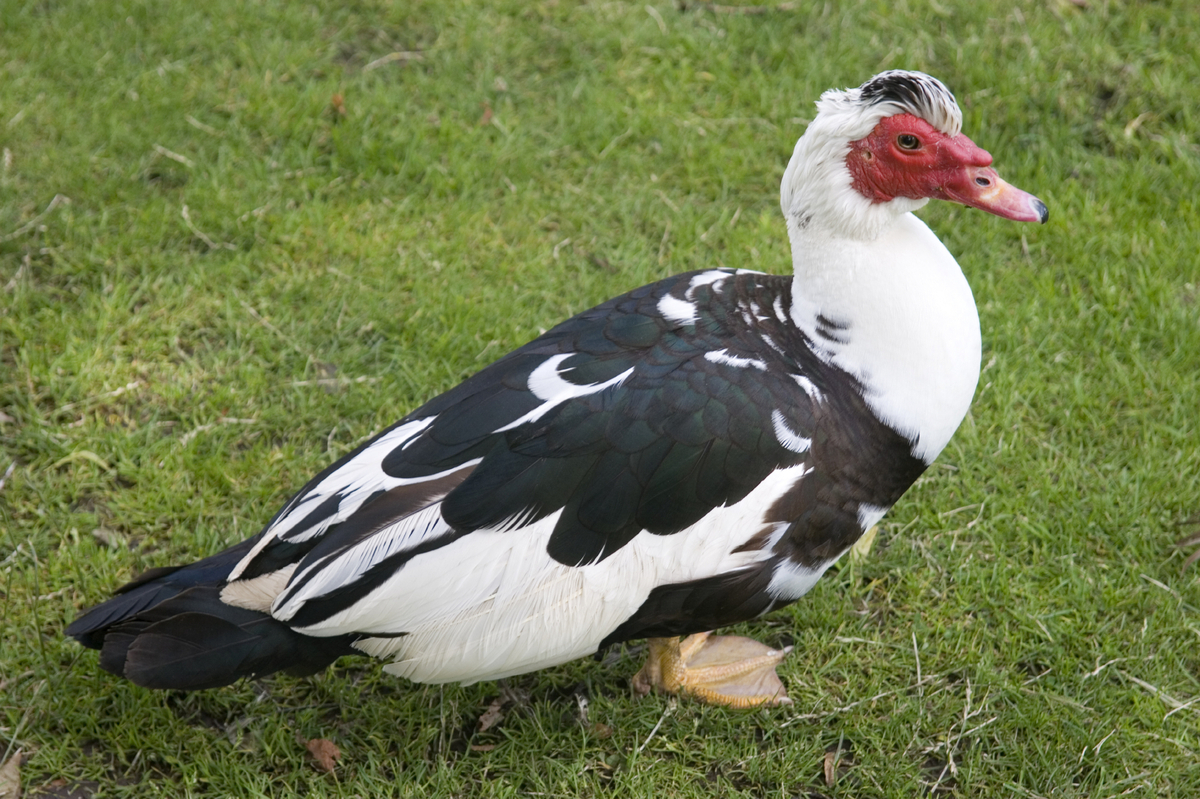 A duck with secrets that only science can uncover.

Scientists who carry out basic research sometimes find themselves unexpectedly caught up in a web of vitriolic public attacks by politicians pretending to expose foolish, dollar-wasting projects. Patricia Brennan, an evolutionary biologist at the University of Massachusetts in Amherst, found this out the hard way.

As she explained last year in a piece for Slate, Brennan is funded by the National Science Foundation to carry out basic research on duck genitalia.

Unlike its cousin applied science, basic science is not intended to address any particular pressing human problem; it is motivated by a wonderful combination of human curiosity, love of knowledge about our world for its own sake and scientific theory.

Few among us would deny the rewards of basic science — both for satisfying human curiosity and as a pipeline for the applied-research projects that may emerge from the basic research. But even ardent supporters of science may wonder: Duck genitalia?

As this post in Mother Jones reports, Brennan did become the target not just of gentle wonderings, but of scathing attacks. Let's take a few moments, though, to focus on Brennan's explanation (in Slate) for what she is discovering:

"Male ducks have elaborate corkscrew-shaped penises, the length of which correlates with the degree of forced copulation males impose on female ducks. Females are often unable to escape male coercion, but they have evolved vaginal morphology that makes it difficult for males to inseminate females close to the sites of fertilization and sperm storage. Males have counterclockwise spiraling penises, while females have clockwise spiraling vaginas and blind pockets that prevent full eversion of the male penis."

"Our latest study examined how the presence of other males influences genital morphology. My colleagues and I found that it does so to an amazing degree, demonstrating that male competition is a driving force behind these male traits that can be harmful to females."

Here, then, we find the intersection of male-female sexual conflict and evolutionary adaptation as expressed in the animal kingdom. It's intriguing stuff, as the science writers Ed Yong and Carl Zimmer conveyed back in 2009.

Now, in the August issue of the journal Animal Behaviour, Brennan, together with co-authors Rulon Clark of San Diego State University and Douglas Mock of the University of Oklahoma, has published a commentary called "Time to step up: defending basic science and animal behavior." The commentary moves beyond any single research project to reinforce the relationship between basic and applied science, while also acting as a mini-handbook for scientists who wish to respond effectively when politicians (or others) single out their research for scorn.

"Not responding to politically motivated attacks is likely to be the wrong strategy. Silence may further erode public confidence in science, as it may be interpreted as implicit acceptance that there is something wrong with your project."

The article takes scientists through what to do early on, when government funds are first awarded: set up a Google alert so that you'll know if your work is discussed in the press; prepare a document explaining your "big questions"; set up a website that explains in some depth why you are doing what you are doing.

If an attack ensues, don't defend only your own project; rather, become a public advocate for basic science more broadly. In fact, become that advocate even if your work isn't attacked. Explain the important government role for funding basic science without the influence of privately funded special interests. Cite examples to show that governmental funding for scientific research yields tremendous dividends to our society in terms of technology and medicine, even though the budget for basic science is comparatively small, as Marcelo has written about here at 13.7. Mention how basic science ignites the minds of our college students and how federally funded science acts as a significant economic base for research universities.

Get out there in the community — to Rotary clubs and science cafes — and engage with the public!

There's no telling when basic research may lead to applications for enhancing human economy and health, a point that Brennan, Clark and Mock emphasize. They also, I'm happy to report, refuse to yield ground on a significant point: Basic research deserves funding for its own sake.

Earlier this week, I conversed by email with each of the three authors. Rulon Clark emphasized the need to go beyond a defensive posture in response to attacks:

"The reason I was so motivated to collaborate with Patty [Brennan] when she approached me about the article was simply that I've been looking for ways to help other researchers in the field navigate the media storm that occurs when your research is attacked as wasteful and irresponsible. You can read about my own case dealing with robosquirrel on wikipedia. The whole thing caught me off guard, and afterward, I wished I had been better prepared."

"I also hope that our article will motivate people to go beyond defense and start actively promoting their work in the public sphere as much as possible, highlighting why it's important, and pushing the argument that basic research across a variety of disciplines is the best way to sustain continued scientific progress."

Might the article's suggestions be applied beyond basic animal-behavior science in the arena of so-called "controversial" science, involving, say, evolution more generally or climate change? Patricia Brennan replied to me in this way:

"The task for all scientists is to spread the message that basic science is crucial for innovation and progress, and that by its very nature it is not designed to solve problems, but to create opportunities by answering fundamental questions about the world. I think our arguments have great applicability. A more educated public will be less likely to buy into the noise machine efforts to deny science that we know is true, being [about] evolution or climate change. This message is a vaccine not only against political attacks, but also against any detractors of science." *Note: Due to a copy and paste error, this quote has been updated since publication.

And Douglas Mock had this to say:

My personal view is that we scientists must become more active in educating the public. The current kerfuffle over climate change is proving politically expedient because of tricks the anti-science folks worked out for opposing evolution. You trot out a few science PhD types in white lab coats who insist that there is no __________ (evolution, climate-change, fill-in-the-blank), then declare a scientific controversy and insist that a stalemate be observed. This is politically expedient. It works for evolution because the biblical incentives package (heaven if you follow our rules; hell if you don't) is much more persuasive than what we scientists have to offer (intellectual satisfaction from knowing a much closer approximation of how we all got here). It works for climate change because nobody wants to be told that they can't drive Cadillacs and "stalemate" goes with the status quo.

I just want to underscore that the basic science I'm talking about in this post isn't marginal or fringe stuff. It's the opposite: thoughtfully proposed, funded science that's been through a rigorous process of expert evaluation. The resulting work — whether about animals' evolutionary adaptations or the effects of shifting global weather patterns — becomes a source of knowledge for us all.

As Brennan, Clark, and Mock put it in their commentary:

"It is now time to own the beauty, quirkiness, and importance of the research we love, by stepping up in defence of basic science."