Accessibility links
What Would You Give Up For World Peace? : 13.7: Cosmos And Culture War and conflict just go with the territory when you're a human. That fact has commentator Adam Frank looking for solutions. Perhaps a shared consciousness is the answer. 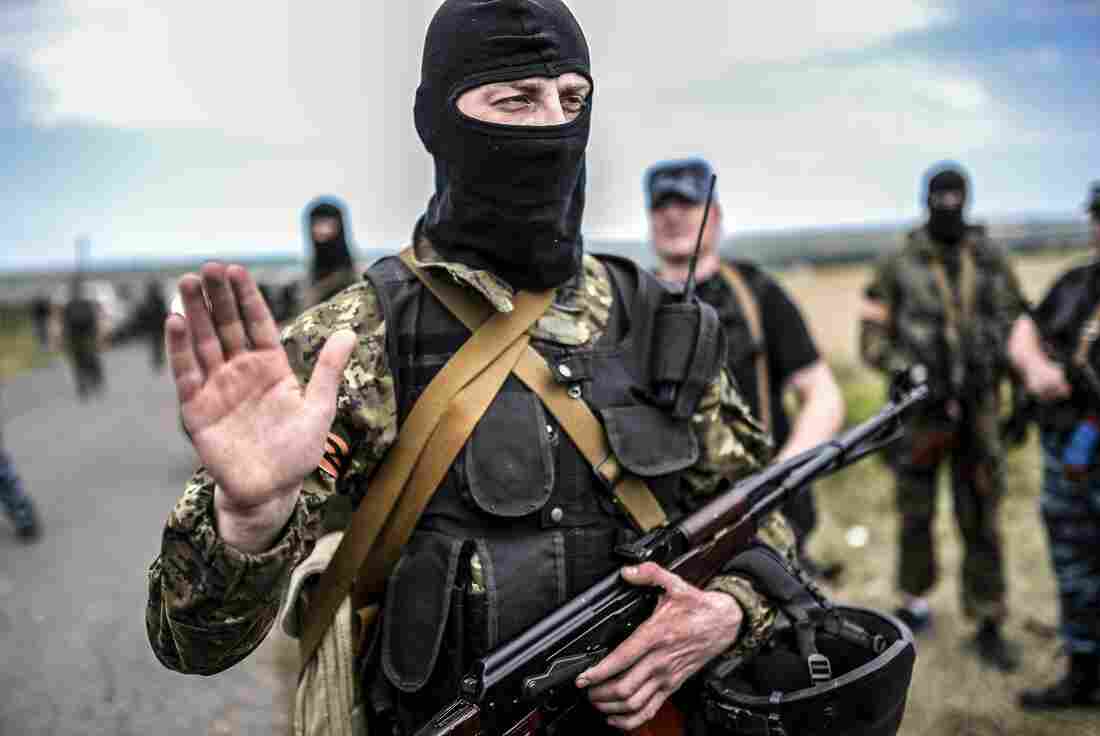 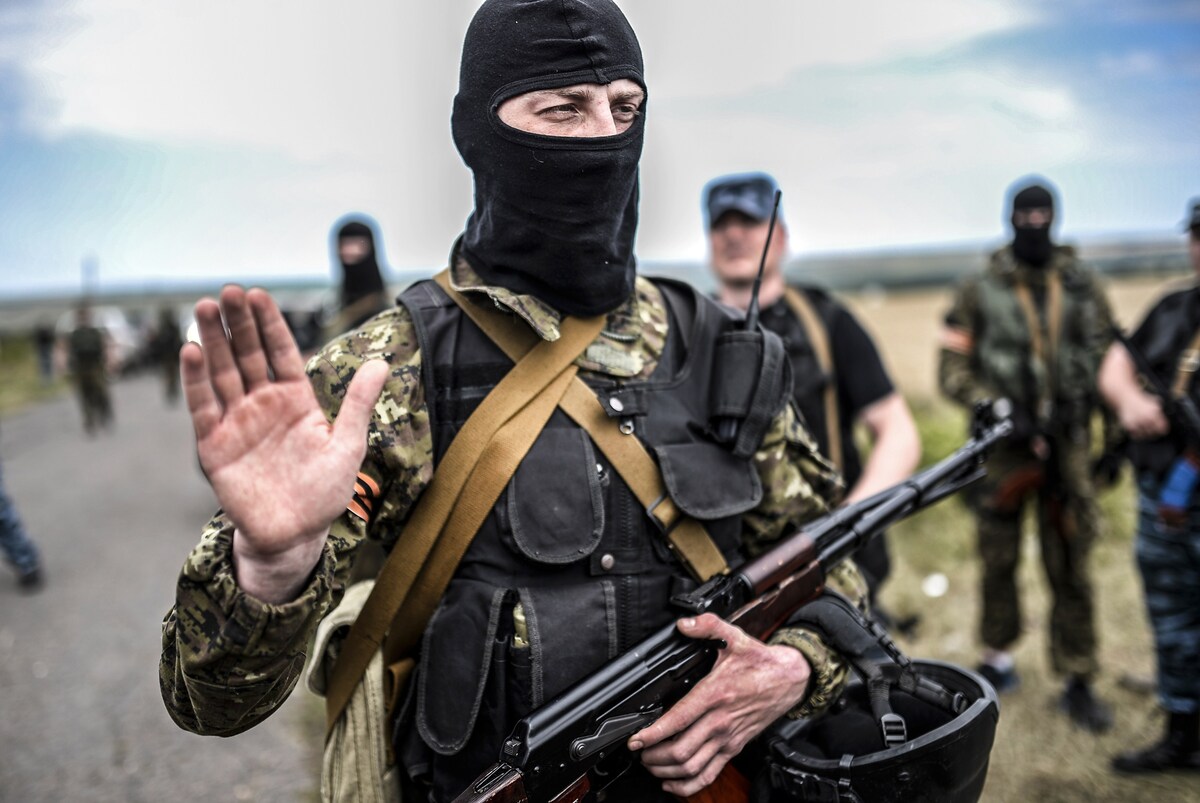 The news has been pretty depressing these last few weeks as the world seems to slip into a new kind of chaos every day. With conflicts on multiple continents, including a commercial airliner shot from the sky, it's hard to look at the ways we humans are horrible to each other and not ask: What the hell is wrong with us?

How can we inflict so much suffering on each other, always with the assertion that — on some level — it is necessary and, even, just? Is there something utterly flawed in the nature of our consciousness that repeatedly triggers such destruction?

Facing such questions, the astrobiologist in me wonders if there might be alternative modes of consciousness that would allow us to escape this fate. Looking forward, could we create something different? We could, but the cure comes with its own cost.

It's called a hive mind.

Taken from studies of social insects, the basic idea of a hive mind is simple. The ants in an ant colony can be seen not as individual organisms but as "cells" in what scientists like E.O. Wilson call a superorganism. And these superorganisms are, in their way, consciousness.

There are lots of examples of superorganisms in nature: honeybees, wasps, termites. Are we in the mess we've created because we don't have a hive mind? Are the horrors we inflict so easily on each other a symptom of our individual selves being trapped in the dark rooms of our heads, with no direct access to the experiences of others? Might having even a small share of the collective consciousness of a hive mind be better for humanity as a whole?

Imagining intelligent hive-mind species has long been a staple of science fiction. How such a self-aware hive mind is portrayed, however, depends on the intent of the author.

In Ender's Game, for example, Earth fights a vicious war against the Formics, an insect hive-mind species. Only at the end of the war does Ender Wiggin learn that the Formics attacked us by mistake. Their error came precisely because they (or, better yet, it) didn't recognize humans as sentient creatures because we don't have a shared consciousness — a situation the Formics see as horrible in its loneliness. In the end, the Formics are recognized as creatures of high intelligence, sophistication and compassion.

On the other side of the divide there's the infamous Borg from Star Trek. The Borg travel the galaxy in their immense cube-shaped starships, remorselessly assimilating every species they encounter. In this vision of the hive mind, to be assimilated is seen as a kind of death without release. The Borg's victims are not just devoured, they are lost to themselves, becoming just more Borg looking for more victims.

Thus we have two poles. On the one hand, to be part of a hive mind might be inclusive and harmonizing. On the other hand, assimilation into the hive mind would be a nightmare, the ultimate eradication of individual will and purpose.

Evolution did not drive our social formations toward a hive mind. [UPDATE: I originally said mammals as a group did not go down this path. A reader has pointed out that the Damaraland mole rat and the naked mole rats are, in fact, eusocial mammals.] We don't form colonies and, as E.O. Wilson's Superorganism co-author Bert Hölldobler sees it, that may have been a mistake:

"In our early past, in our still-biological past, 15,000 years ago we were hunter gatherers. We showed group cohesiveness and discrimination against other groups. It was adaptive. It was quite understandable that we evolved traits of group recognition, and making sure we recognized foreigners. This is my conviction that this is probably the early basis for our unfortunate xenophobic behavior that is still in us. It's a behavior that is now terribly maladaptive."

Of course, you might think visions of a human hive mind are nothing more than science fiction or academic gameplay. But that would only be true if it weren't for the fact that lots of folks are, right now, hard at work developing technologies to create the possibility of a human hive mind (or something like it).

Let's ignore, for the moment, debates about whether the Internet is leading to the creation of a de facto human hive mind. While there is merit to these arguments, in a true sentient superorganism we might expect a deeper, more visceral connection between individuals. And that is exactly the kind of wiring that is being explored now in research labs around the world.

In 2013 researchers were able to establish an electronic brain-to-brain interface between rats, such that stimulus given one rat drove a response in a linked rat. For some thinkers, this kind of breakthrough represents the first steps toward a Brain-Net. In the future, they tell us, we might all be wirelessly linked to each other. We could "hear" each other's thoughts and feel each other's emotions.

While the ultimate feasibility of such a mind-to-mind interface is certainly up for debate, there are, without a doubt, a lot of people trying to make it happen. So here is the question: If it does work and we create a shared cognitive space — a noosphere of collective experience — will we be any better off? Will that form of hive mind help us?

One can imagine that wirelessly walking a mile in another person's shoes would be enough to give you pause before turning that "other" into an enemy worthy of eradication. Taken on a global scale, perhaps something new might emerge that would be powerful enough to balance the passions of the individual with the best interests of the species.

But what would have to be given up?

For most of us, any retreat from the individual will — the ability to act based on our own judgments and not those of a collective — seems too alien and horrible to consider. One of the greatest fears of those considering the development of something like the Brain-Net is the terrible possibility that someone could use these technologies to do more than simply allow us to share thoughts. If thoughts (and actions) can be induced through a Brain-Net by outside authorities, then we will be left with the biggest of Big Brother nightmares. As futurist and author Ramez Naam told i09:

" ... you can imagine [the Brain-Net] driving a world like that of 1984, where central authorities are the ones in control, and they're the ones using these direct brain technologies to monitor people, to keep people in line, or even to manipulate people into being who they're supposed to be. That's what keeps me up at night."

Would we better off with hive mind? The answer may be just "wait and see." But I think we could solve our problems with some simpler ideas — empathy, compassion, humility — embodied in old saying that goes something like this:

So in everything, do to others what you would have them do to you.