Accessibility links
Is Wine-Tasting Junk Science? : 13.7: Cosmos And Culture Recent studies have given the field a bad rap as of late. Commentator Alva Noë says the problem is not with the idea of connoisseurship but with an underlying picture of how perception works. 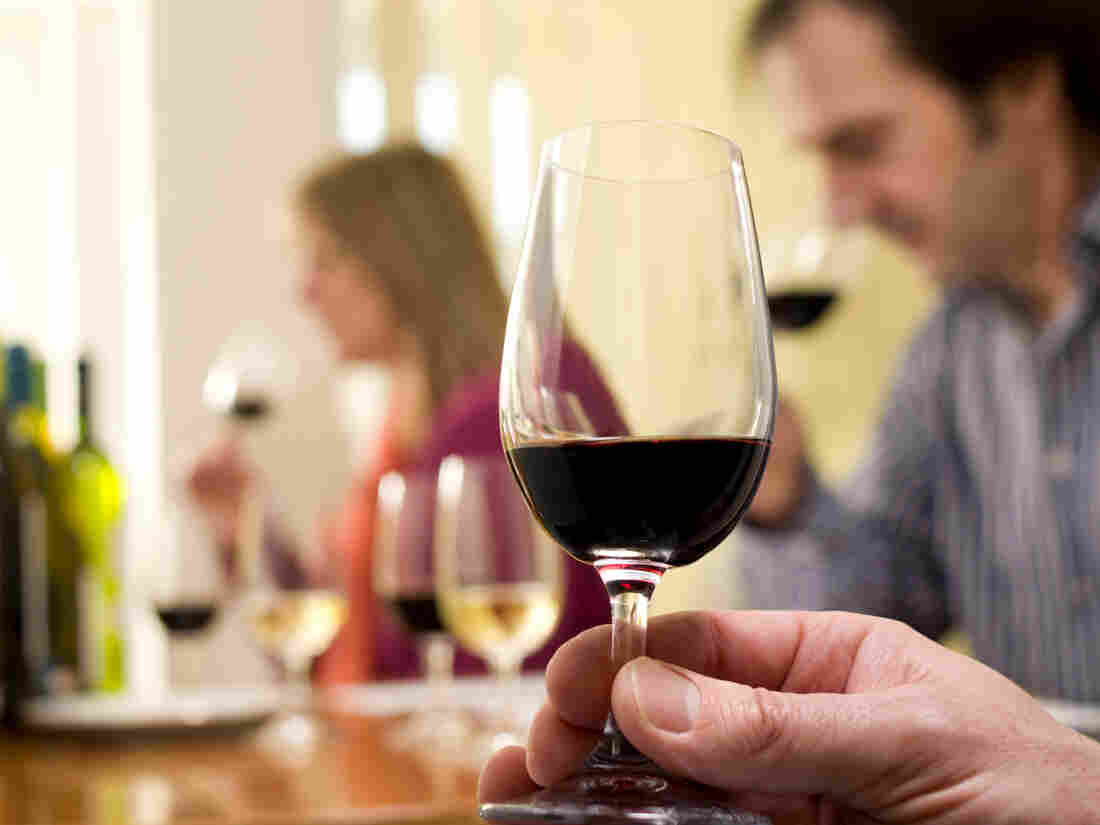 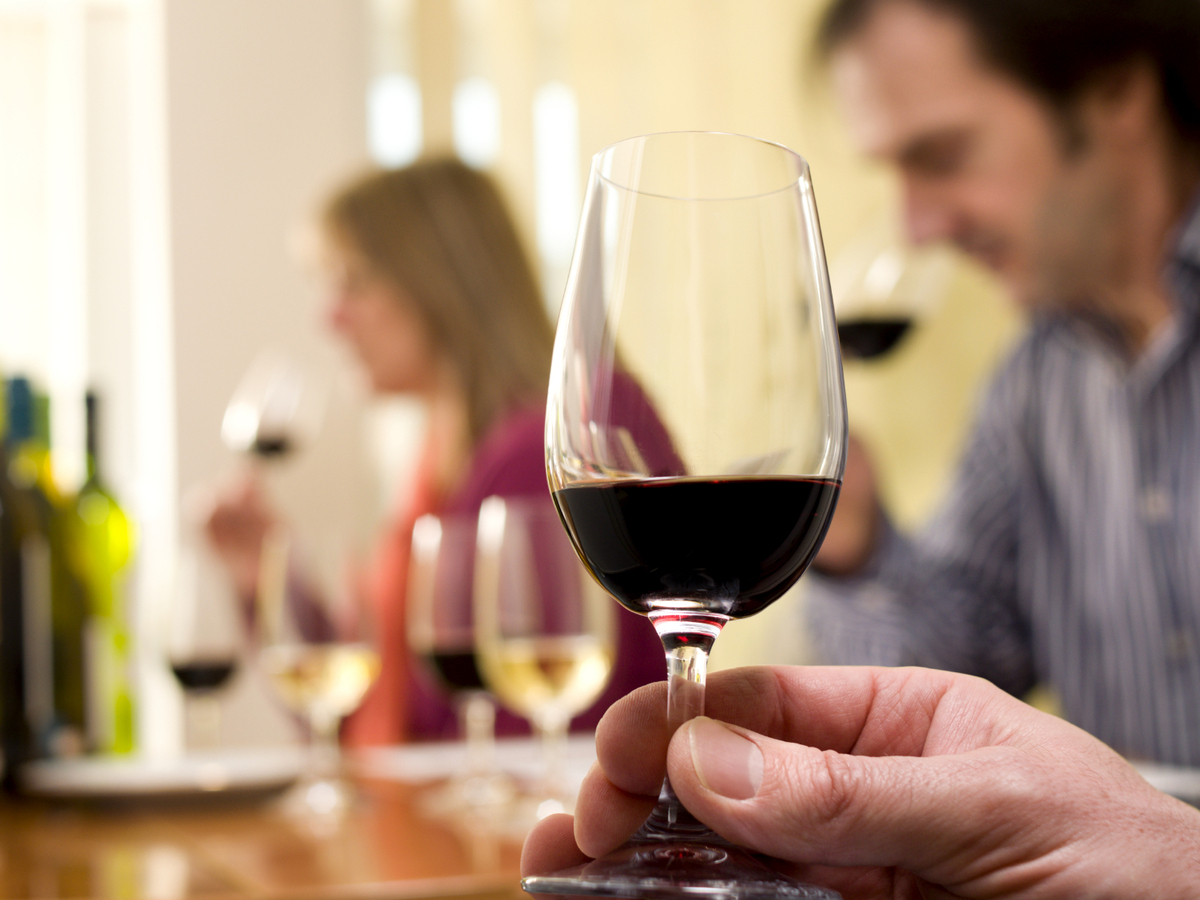 In Don Quixote, Cervantes tells the story of two brothers who claim to be excellent judges of wine.

They are given a wine to taste and each pronounces it excellent. One brother notes, however, that its perfection is marred by a vague taste of leather. The other disagrees, observing that the only flaw is a faint but distinct trace of iron. These criticisms are dismissed, but the brothers are later vindicated, for when the keg is finished, it is discovered that there is a key on a leather string resting at the bottom.

Hume, the great Scottish philosopher, retells this story to make the case for the importance of delicacy of taste and refinement in discrimination, whether in the domain of wine or art.

Connoisseurship of this sort, however, is in bad repute these days. An article published in the Guardian last summer titled "Wine Tasting: It's Junk Science" reviews studies purporting to show that when it comes to wine, even the experts are unreliable guides. It isn't just that they disagree among themselves in the values and qualities of wines; they disagree with themselves from one minute to the next in evaluating the very same wine poured from the very same bottle. (See philosopher and oenophile Barry Smith's essay in The World of Fine Wine for a convincing and informative reply to the arguments raised in the article. See here for my own previous go at the issues.)

Connoisseurs in the world of art, some conclude, fare no better. As a case in point, consider the latest forgery fiasco: A man working alone in a garage in Queens produced abstract expressionist works that fooled the experts and entered the art market as if they were authentic. The art critic Blake Gopnik, writing in The New York Times, sums up the current state of affairs this way:

"There's a myth out there, propagated by the [art] market and some strains of academe, that certain thoroughbred experts can smell authentic art at 100 yards. After more than a century of bad attributions, reattributions and long-lived fakes, you'd think we would know better than to believe in such fantasy creatures. The truth is, the connoisseur's eye works brilliantly in that vast majority of attributions where an artwork comes without a name attached but clearly has a single maker's signature look. And then that eye fails utterly in those remaining, more iffy cases where a piece looks quite like some artist's work, but may almost as easily be by someone else — including a forger."

Now, I think Gopnik is right that these thoroughbred discerners are fantasy creatures. And I certainly have no desire to defend self-appointed experts on art or wine or to endorse the machinations of the marketplace that seem to depend on our giving undue weight to the words of these supposed super-discriminators.

But the problem is not with the idea of connoisseurship in itself; the misunderstanding, it seems to me, turns rather on an underlying picture of how perception works.

We have the false idea — this is the real myth — that a perceiver is like a thermometer, a kind of measuring instrument whose responses signal environmental conditions and do so in a way that is unmediated by interest, concern, point of view, situation, state of mind, curiosity and so on.

And then we compound this false idea with the further mistaken thought that what makes the connoisseur different from the rest of us is that he or she is simply a better thermometer, a more specific, more reliable device for measuring facts about art or wine or whatever.

We can see what is wrong with this when we notice that we are all expert perceivers in some domains. For example, if you know English, then you are expert not only at discriminating significant English sounds, but you also spontaneously and reliably appreciate their meaning. Someone with no acquaintance with English can't do any of this, even though his or her sensory organs may be in fine working order. When it comes to language, we are like the sports fan who can just see that the outfielder bungled the play at the plate and let the batter advance an extra base by throwing to the cutoff man when he should have thrown directly to the catcher.

And so of course perceivers, including experts, are influenced by what they know and expect, as well as by other features of context including their own state of mind.

But this does mean that even the experts are biased.

Sound judgment — for that's what experts offer — is not an immunity to the influence of context but rather an appreciation of it. Expert judgments are shaped by context because the features, qualities and values that interest them and us are themselves truly contextual.

Would you be able to pick out your beloved from among 20 others in a blind kissing test? If you failed the test, would that show that your preference for kissing him or her was somehow a confabulation? I think not. What makes a kiss special is not just a sensation.

This brings out what is wrong in the Cervantes story that Hume tells. The brothers' taste is not vindicated by the discovery of the cause of the errant flavors in the barrel's bottom. But rather — this is a point made by the philosopher Stanley Cavell — by their ability to name and communicate what they notice in the wine, and to enable us to come to notice it, too. The true connoisseur is not a thermometer, but a teacher.

It is very likely true, then, that there can be no scientific way of telling good wine from bad. As with kisses and with art. But this is not because there are not real differences here that we may choose to care about.