Accessibility links
Is Atheist Awe A Religious Experience? : 13.7: Cosmos And Culture Recently, we've been talking atheists, awe, science and religion at 13.7. Commentator Adam Frank is weighing in, saying it is the experience of awe that sets us on the road to science or spirituality.

Is Atheist Awe A Religious Experience?

Is Atheist Awe A Religious Experience? 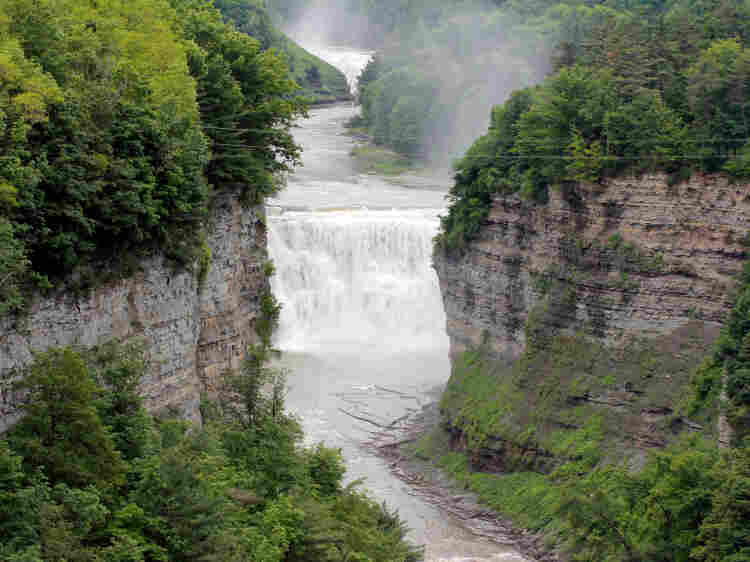 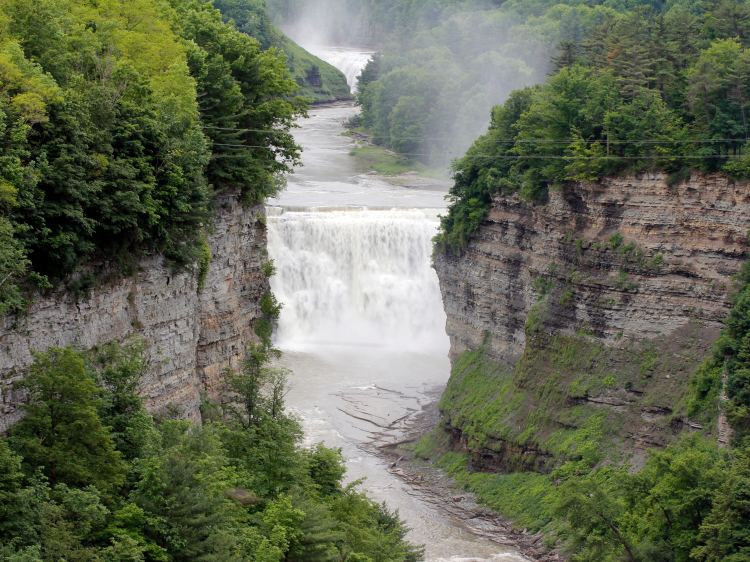 "Where were you?" my beloved asked as I walked through the door caked in mud and sweat. "I was communing with my gods," I responded — and proceeded to tell her about the exquisite hike I'd had that morning in New York's Letchworth State Park (the Grand Canyon of the East).

Earlier in the day, looking down the rim of a canyon cut over thousands of years by the Genesee River, I felt a profound sense of awe that cut me to the quick. But in that sense of awe, was I communing with anything extending beyond just a particular state of my neurons? My joke about the gods aside, was there anything religious about the feeling I, an atheist, felt looking across that vast expanse of river, stone and still blue air?

During the last week we've been having a fascinating conversation here at 13.7 on exactly this topic of atheists and awe and science and religion.

Barbara King started us out using two books she'd recently finished to dispel the notion that atheists can't feel awe. She further argued that it's an experience that need have nothing to do with the "sacred" but can be a pure response to science's own unpacking of the world's richness. Then, Tania Lombrozo picked up the ball by looking at psychological research showing how the feeling of awe has two characteristics: an experience of vastness and the need for an accommodation with that experience. Both the religious and non-religious have this experience of vastness, she argued. The real difference between them arises with how the subsequent accommodation is accomplished.

Marcelo Gleiser then drew from the ancient Greeks to explore how reason could be a gateway to a profound sense of spirituality but only if that sense eschews mysticism. In this way, Marcelo argued we might "rid spirituality of its supernatural prison." Alva Noë finished the week taking a different path. In his meditation on the limits of rationality, he argued it's imperative to see meaning and value as real in and of itself, something perhaps rationality can't do.

I loved the insights in all of these posts and am thankful to my colleagues for pushing me in my own thinking. If there's one word I'd emphasize in my response to their discussions it would be this:

OK, that was three words. But like my moment standing at the edge of Letchworth's deep cliffs, I believe that it's experience that should come first and foremost in our discussions of awe. In fact, it is exactly that emphasis on what happens in experience that makes awe a proper pivot point for deeper discussions of science and spirituality.

In the classic text The Idea of the Holy, the liberal German theologian Rudolf Otto identified the sense of awe as one of the hallmarks of what is classically called a religious experience. And in The Varieties of Religious Experience, psychologist William James provided a catalogue of first-person narratives where that sense of awe played a central role in lifting people beyond the mundane day-to-day sense of the world. Building on both James and Otto, the scholar of religion Mircea Eliade argued that such experiences of awe were an ancient attribute of human being. For Eliade, they were the beginning of an experience of "sacredness," which was universal and pre-dated any particular form religious belief known today.

Thus, I would argue, that the sense of awe Barbara King described so eloquently is not the sole province of modern religion. It is, as she and Tania both describe, something that is common to all human experience. But for me there is another step I'm interested in taking. For me, that sense of awe is an elemental encounter with the world. It comes before we decide to parse it into our particular choices of ontological commitment as in "I'm an atheist" or "I am religious."

At its most powerful, the experience of awe is a startling, breath-taking moment that shatters identity.

More important, it's in response to those profound experiences of awe that we are often set on our paths to know more. That is why Eliade spoke of these experiences as a kind of power.

Thus it is in response to the experience of awe that we are set on the road to science or the road to spirituality. In that way, you can just as easily ask, "Is the awe of the religious really just scientific response?" as you can ask, "Is the awe of the atheist really a religious response?" In all cases, the significance of this "oceanic feeling," a term Sigmund Freud popularized, is that it's pre-scientific and pre-religious. It comes before we opt for explanations of any kind (the accommodations Tania spoke of).

And that is where awe touches on the thinking of Marcelo and Alva about rationality, spirituality, values and meaning. What makes the elemental human experience of awe significant is it is, first and foremost, an experience of meaning. It saturates the world with meaning. Explanations for the origins of that meaning must always come later.

Thus, I come back to my sense of sacredness. It's easy in these discussions to split apart into our usual camps — the atheist vs. the religious. But rather than use this universal sense of awe of as point of contention, it could become a point of where the discussion gets really interesting. I've argued for some time that the word "sacred" is, historically, not rooted in any particular religion but refers to exactly that eruption of awe into our everyday lives.

It's about attention not attribution.

So what if we — atheists and religious folk alike — asked ourselves about both the similarities and differences? What if we made awe the pivot point around which a new kind of respectful discussion might begin? Of course some strident folks will not want to have this kind of dialogue. They'll want to remain behind their parapets. But for me, that only means they're no longer interested in the subtleties of their own positions.

Those of us here at 13.7 clearly have different understandings of the meaning and use of the word awe. The good news is we can use those differences to better understand what we each believe about the nature of the world, its pathways and its patterns. In the same way we might, all of us, use the universal nature of this experience of awe as a step away from the easy polarities and towards a discussion of science and spirituality that really takes us somewhere — even if it were only to more respectfully understanding our differences.

That, I believe, would be a trip worth taking.