Accessibility links
What Art, And The Game Telephone, Teach Us About Copying : 13.7: Cosmos And Culture The basic phenomenon of speaking, expressing meaning in words — and also that of copying or recording what we hear — is laid bare before our eyes by artist Alvin Lucier, says commentator Alva Noë.

What Art, And The Game Telephone, Teach Us About Copying

What Art, And The Game Telephone, Teach Us About Copying 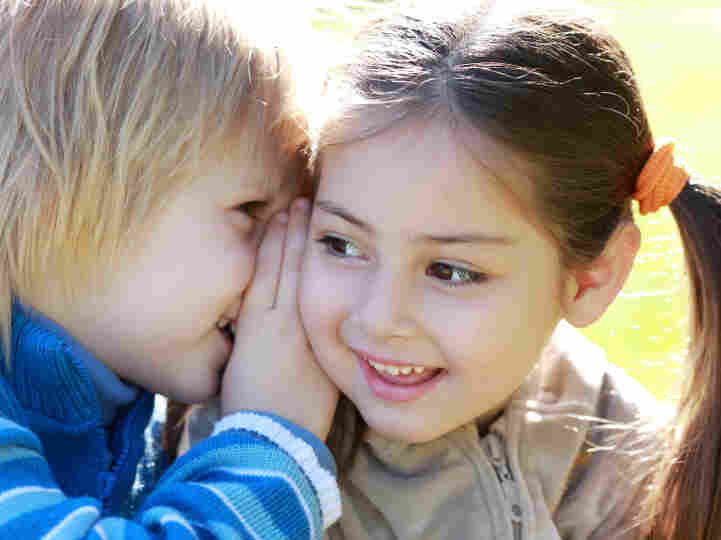 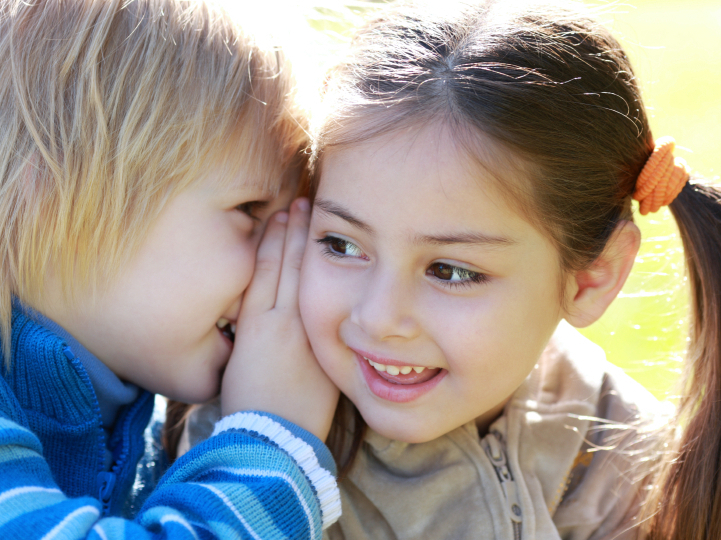 In the game of Telephone, a message gets repeated from person to person in a chain. By the time it comes around again, it's been transformed.

With each repetition, information is lost. Or maybe what happens is that information is added. What we are left with at the end is a degraded image of the original message. Or, perhaps, we should say we end up with a new message, one that tells us something about the members of the chain — their expectations, skills, degree of understanding, attentiveness, etc.

I was at MIT a few weeks ago, at the Center for Art, Science and Technology, attending a conference where I got to hear Alvin Lucier performing his 20th century classic, "I am sitting in a room." The performer — in this case the composer himself — records his voice making a statement about what he is doing. "I am sitting in this room, the same room you are sitting in. I am recording the sound of my speaking voice ..." And so on. This is then played back and recorded again. This new recording is then played back. And recorded again. Each playback sounds like a pretty faithful rendition of what came before.

After about 16 rounds of this, however, what we are given is sound that bears no recognizable relation to the original utterance. The sounds we hear are not those of a human voice. The words are gone. Even the rhythm is unrecognizable as that of speech. Something familiar has been made strange, before our very ears and eyes, simply through the action of copying. The subtle degradations of each recording cycle get compounded in the iteration and reiteration.

It is magical. It is breathtaking. It is heart-stoppingly beautiful. You can hear the piece here. And here is a video of a recent performance:

At the end we must wonder, as we did with the game of Telephone: Are we getting a degraded signal or is the final message a signal imbued with unimagined new content — a disclosure of the room's very own resonant nature, as the artist himself suggests, or of the true essence of sound, or, indeed, of speech?

That's how it is with art. A phenomenon — in this case the basic phenomenon of speaking, expressing meaning in words, and also that of copying or recording what we hear — is laid bare before our eyes. The artist did so much by doing nothing, by letting nothing happen. In one sense, this was a trick. A gimmick. Like the game of Telephone. But a trick so straight forward, and so smart, that it rises to the level of the lyrical, indeed, of the musical.

The composition is also an interesting example of the way technology and art work together. Tape is an old technology. It was not a cutting-edge technology even in 1970, when Lucier first made this work. And yet the work would be impossible without tape recording. In a way, this is a kind of investigation of what tape recording actually is.