Accessibility links
Why Lab Rats Don't Observe Daylight Saving Time : 13.7: Cosmos And Culture The effects of a time change can be significant and lasting for both hamsters and humans. Commentator Tania Lombrozo turns to an expert to learn more about circadian rhythms. 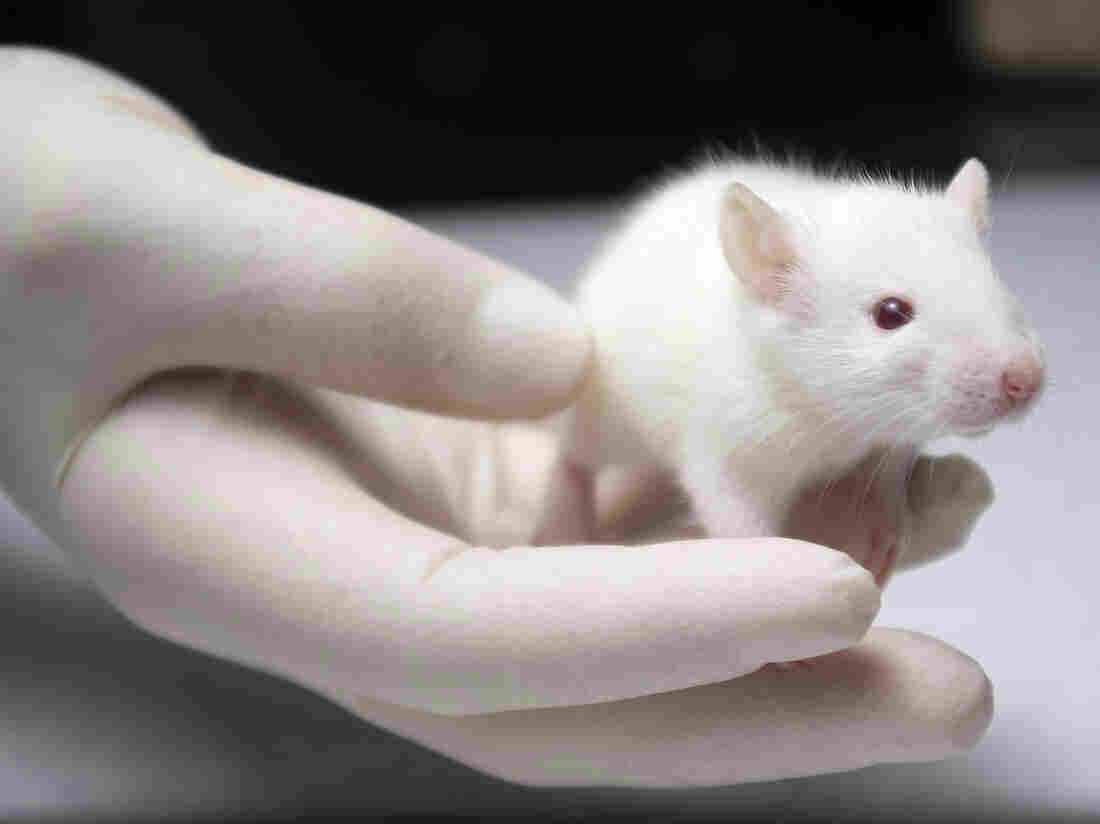 Twice a year, most Americans do a truly bizarre thing. In coordinated fashion, we change our clocks an hour ahead or behind and proceed as if the new time tells us what we should be doing: when to eat, when to sleep, when to wake and when to work.

The experience can be discombobulating. Our appetite typically rises and falls throughout the day in predictable fashion, along with alertness, arousal, sleepiness and the hundreds of subtle gradations of experience governed by circadian rhythms: biological processes that cycle with a roughly 24-hour period. When we suddenly shift our behavior as we "spring forward" in March or "fall back" in November, it takes those biological processes time to catch up, and the experience is rarely a pleasant one.

To better understand the underlying biology, I turned to my colleague Lance Kriegsfeld, an associate professor in psychology and at the Helen Wills Neuroscience Institute at the University of California, Berkeley. His research focuses on how circadian rhythms arise and their impact on a variety of biological systems and processes, including hormones and reproduction, typically in rodents, our not-so-distant kin.

Professor Kriegsfeld was kind enough to answer a few questions in an interview by email:

TL: How are rodents affected by a disruption to their circadian rhythms?

LK: Although rodents do not wake up to an alarm and wait for the clock to strike 5:00 so that they can end their busy work days, their brain and body clocks are still precisely synchronized to daily changes in the light-dark cycle. If the light-dark cycle is shifted, rodents experience this 'jet lag' the same as humans. It takes them a few days to begin waking up at the new time, they are hungry at the wrong time of day, their immune function is impaired, and they have difficulty learning new tasks. For example, rats that are jet lagged after learning to avoid a particular location experience pronounced retrograde amnesia, basically forgetting that they ever learned which location to avoid.

TL: So is that what happens to humans with daylight saving time?

LK: Although the adjustment for daylight saving time is only one hour, the effect on our brains and bodies can still be significant. While adjusting to the new time, we experience sleep disturbances, irritability, difficulty concentrating at work, and even a modest increased likelihood of heart attack in at-risk individuals. These consequences are not as bad in the fall as [in] the spring as our internal clock can recover from "falling back" easier than "springing forward."

TL: Why is it easier to shift time in one direction than the other?

LK: The circadian clock in our brains has an easier time readjusting to travel from east to west or, in the case of daylight saving time, "falling back." The specific cellular mechanisms underlying this differential ability to shift forward or back are not yet fully understood.

TL: What's the most dramatic effect of a disruption to circadian rhythms that you've seen in your own work?

LK: We were quite surprised to see that twice weekly six-hour advances of the light-dark cycle, for four weeks, caused a greater than 50 percent reduction in the birth of new cells in the brains of hamsters. New cells are added every day to the memory center in our brains to help learn and retain new information. This reduction in new cell birth led to dramatic deficits in learning and memory that lasted at least a month after the jet lag ended. We knew jet lag was bad for the brain, but were surprised by how bad!

TL: Is there an analogue in humans?

LK: In one study of female flight attendants, women that worked for airlines that did not schedule within-time-zone flights after a significant jet lag, to permit recovery, experienced significant learning and memory deficits. Most strikingly, these women exhibited smaller temporal lobe volumes if they worked for such airlines for three years or more. Although it is impossible to determine whether or not these women had smaller temporal lobes prior to working for the airline, given our findings in hamsters, we suspect that repeated jet lag might cause reductions in brain cell birth in humans as well.

TL: I understand that the rats and mice in your own experiments don't observe daylight saving time. Why not?

LK: In the midst of an experiment, simply changing the light-dark cycle by one hour can have such a pronounced impact on the physiology and behavior of the animals that experimental results gathered at this time may be inaccurate. My suggestion for anyone studying rodents is to either maintain a static light-dark cycle or avoid collecting any data until a few days after the time change — the latter solution also being relevant for researchers studying human populations.

TL: Finally, any advice for readers dealing with the effects of this week's time change?

LK: It is best to avoid caffeine and alcohol as both can alter the timing of our internal clocks. Also, food is a powerful synchronizer of our circadian clocks, so it is good to eat on the new time schedule rather than eating when you are hungry based on your previous schedule. Finally, if you typically have difficulty falling asleep at the new time, melatonin might be helpful if taken, as your doctor recommends, before bedtime.