Accessibility links
Despite Disasters, Explore We Must : 13.7: Cosmos And Culture The crash of Virgin Galactic's spacecraft has renewed criticism of commercial space exploration. Commentator Marcelo Gleiser says disasters and loss of life are the cost of pushing humanity's limits.

Despite Disasters, Explore We Must

Despite Disasters, Explore We Must 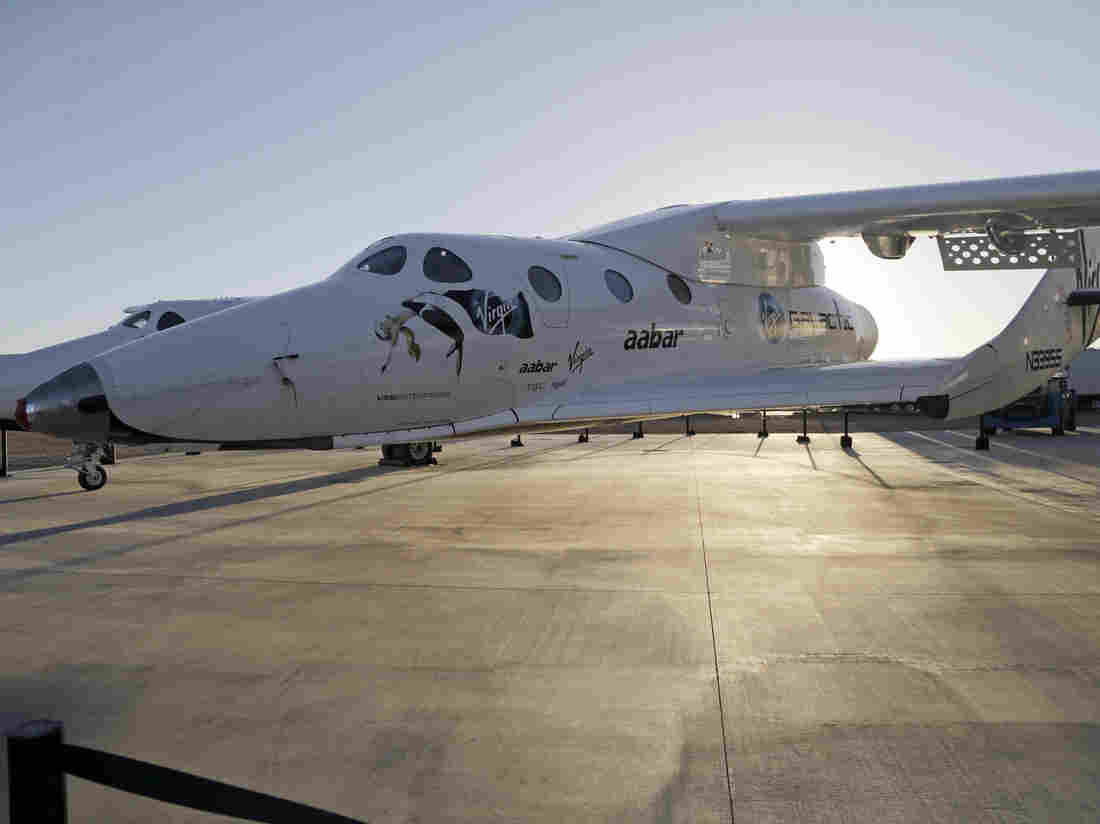 The crash of Virgin Galactic SpaceShipTwo over the Mojave Desert last Friday, killing co-pilot Michael Alsbury and seriously injuring pilot Peter Siebold, has renewed discussions on the value of commercial space exploration. Should we continue to do this at the unavoidable cost of human life? Is this simply a moneymaking enterprise so that a few people that can afford the $250,000 price tag can float for a few minutes at the edge of Earth's atmosphere?

The reason for the crash seems to have been something called the feathering mechanism, a sort of braking system for when the spacecraft begins its descent about 68 miles above ground.

What Virgin Galactic is doing is not dissimilar to what unfolded during the development of commercial air travel. After heavier-than-air flying machines had been invented, the next step was to make them efficient in warfare and in the transportation of people and goods.

There were naysayers all along, including a Harvard expert who claimed that it would be impossible to fly over London in a day, and others who claimed it aerodynamically unviable to carry more than two people in heavy aircraft. Imagine what these people would say if they saw 800,000-pound 747 jets carrying 500 people over half the planet in 12 hours.

As Sam Howe Verhovek pointed out yesterday in a New York Times op-ed, "Space tourism isn't frivolous or impossible. It's an epic enterprise." Although the cost of life pains us all, the people involved know the risk and are willing to take it. They do so for all of us, to take humanity into new grounds. They should be celebrated for their courage and for living up to their dreams. We need them to move forward.

"Earth is the cradle of humanity," said the father of modern rocketry Konstantin Tsiolkovsky. "But one cannot remain in the cradle forever." As we explored our cradle planet, we will continue exploring outer space. For this to happen, space travel needs to become safer and cheaper. Without the pioneering efforts of companies such as Virgin Galactic and Jeff Bezos's Blue Origin, aiming at increasing the cost-efficiency and reliability of space travel, we would remain in the cradle. A beautiful cradle, mind you, in need of much care. But a cradle nonetheless.

I see it as our evolutionary destiny to extend our reach into outer space. It will take a long time, many lives and lots of money. But what, to most of us, are insurmountable obstacles never detained explorers before. To them, obstacles are triggers, opportunities to go beyond our limits. Without this kind of spirit pushing us forward we would still be in the caves, afraid of what's out there ready to eat us.