Accessibility links
From Salt To Salary: Linguists Take A Page From Science : 13.7: Cosmos And Culture The basic ideas of language evolution are similar to those of biological evolution, explains guest commentator Wim Hordijk. So, linguists are able to utilize the tools of evolutionary biologists. 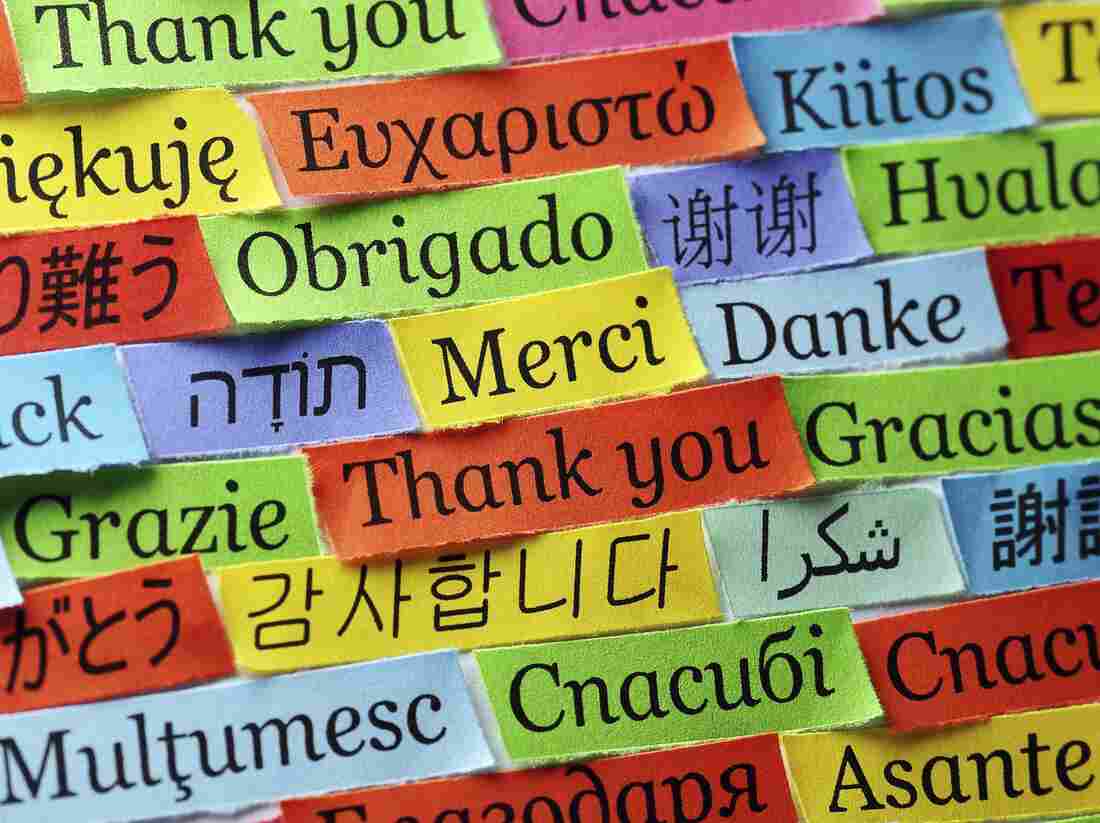 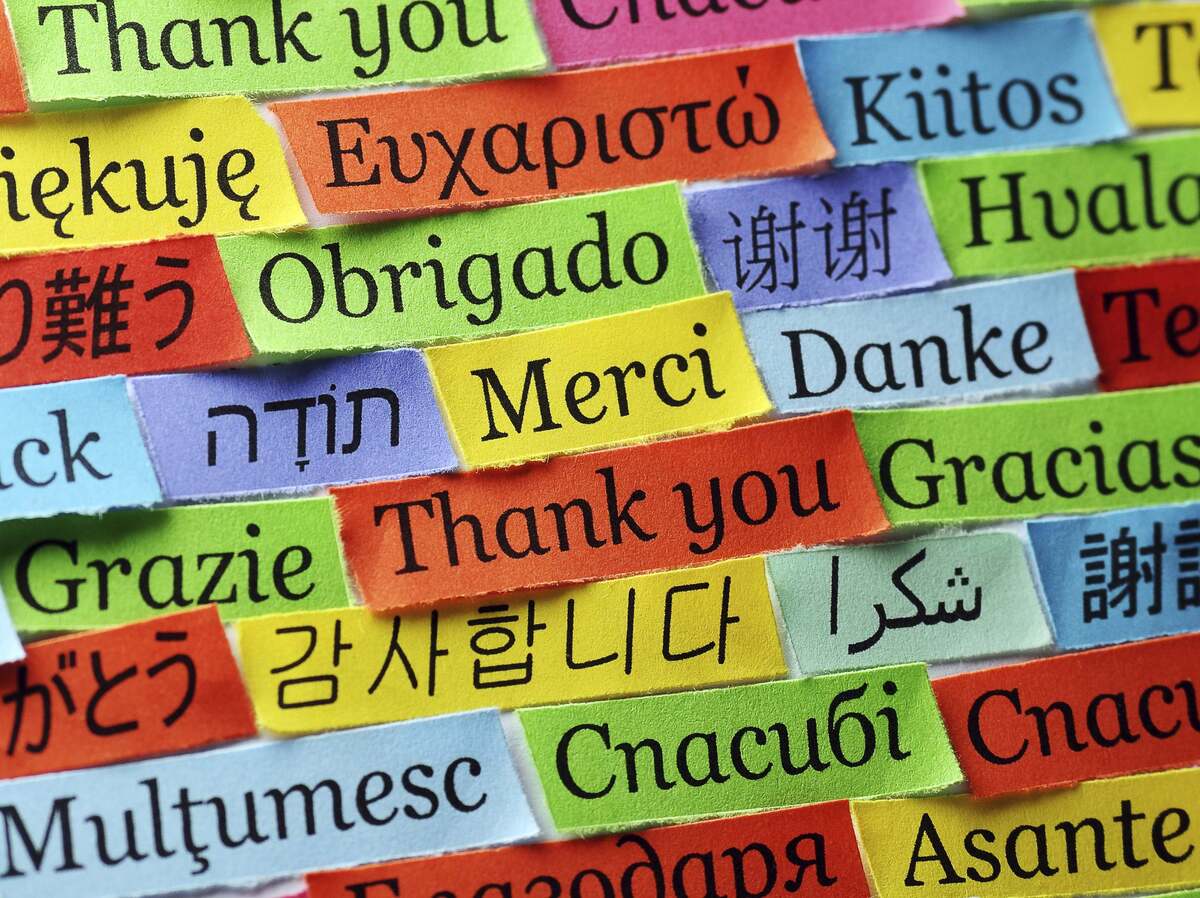 I am very fortunate to live in a beautiful corner of the world — Lausanne, Switzerland. This medieval city grew out of what was originally a Roman settlement on the shore of Lake Geneva, dating back to the first century BC. It was an important stop-over point on the trading route from western Europe across the Alps to Rome.

Near Lausanne, in the foothills of the Alps, there are several centuries-old salt mines which are still operational today. In Roman times, and throughout the Middle Ages, salt was a valuable commodity, also referred to as "white gold." This high demand for salt was due to its important use in preserving food, especially meat and fish.

Being so valuable, soldiers in the Roman army were sometimes paid with salt instead of money. Their monthly allowance was called "salarium" ("sal" being the Latin word for salt). This Latin root can be recognized in the French word "salaire" — and it eventually made it into the English language as the word "salary."

Language is something we take for granted; we use it every day and could not live without it in today's world. However, as the example with the word "salary" shows, languages are not static but, rather, evolve. While the differences between American and British English are manageable, for example, reading Shakespeare in its original form poses some challenges — and reading the original Beowulf is almost impossible.

Like biological species, languages change over time and sometimes "speciate" to give rise to several descendant languages. For example, French, Italian and Spanish are among languages that evolved from Latin. In other words, these modern languages share a common ancestor (about 2,000 years ago) — just as humans, chimps and gorillas share a common ancestor (some 10 million years ago). And like species, languages can go extinct, too. There's an institute for endangered languages. During colonial times, many local languages disappeared with the extermination of entire native tribes.

Languages influence and borrow heavily from each other as well. English evolved mainly from West Germanic languages after the Anglo-Saxon invasion of the British isles in the 5th and 6th centuries. However, after the Norman conquest in 1066, it also incorporated many words derived from Latin, such as "salary." These "borrowing" events can be compared to horizontal gene transfer in biological species, which is very common in bacteria.

Given all these similarities, linguists who study the evolution of languages often use tools that are similar to those used by evolutionary biologists. One such tool is the reconstruction of a species tree (or a phylogenetic tree, in technical terms). Such a tree depicts the evolutionary history and relationships within a given group of biological species.

The actual mathematics behind species tree reconstruction is rather complicated but the basic idea is this: First, specific gene sequences from all the given species are collected. The gene — a piece of DNA that encodes for a particular protein of an organism — can be represented by a sequence of letters from a four-letter alphabet: A, C, G, and T. So, a gene sequence can actually be considered a "word," such as GATTACA. In reality, though, these words are usually several hundreds — or even thousands — of letters long.

When this is done in a way that is consistent with the original data (gene sequences), it results in a complete species tree that correctly reflects all these evolutionary relationships between the given species.

Using such a reconstructed species tree, evolutionary biologists can often infer specific characteristics of ancestral species (common ancestors). Or they can match up common ancestors in the tree with actual fossils that have been found by paleontologists. This allows them to put real dates at various branching points in the tree. Thus, species tree reconstruction is an important tool in the study of biological evolution.

Because languages also evolve, and consist of words that can be easily compared, a similar technique can be used to study language evolution. Indeed, linguists have reconstructed entire language trees. And as with species trees, characteristics of ancient ancestral languages can be derived from them, or they can be matched up with "fossils" such as clay tablets and parchments found by archaeologists.

There are evolutionary events, such as horizontal gene transfer in species or the "borrowing" of words in languages, for which a tree representation is inadequate. However, the concept of a phylogenetic network, which can incorporate such events, is currently an active area of research in phylogenetics. And it is likely to be useful in linguistics as well.

Of course there also are some differences between species evolution and language evolution, each requiring unique additional methods to study them in detail. But, overall, it is fascinating to see how the basic ideas and research tools of language evolution are similar to those of biological evolution.

Indeed, we live in an evolving world, not only biologically, but also culturally and linguistically. So, the next time you receive your pay check, be glad it is your modern-day "salary" and not its ancestral "salarium." Though, in the latter case, you would have no problem keeping your driveway clean during the winter.

Guest contributor Wim Hordijk is a computer scientist working in the areas of computational biology, evolutionary computation, bioinformatics and (more recently) the origin of life. You can keep up with Wim via his website: www.WorldWideWanderings.net