Accessibility links
Are You Important? : 13.7: Cosmos And Culture Network science is shining a spotlight on everything from your status in high school — it's not as simple as how many people you know — to the spread of diseases, says commentator Adam Frank. 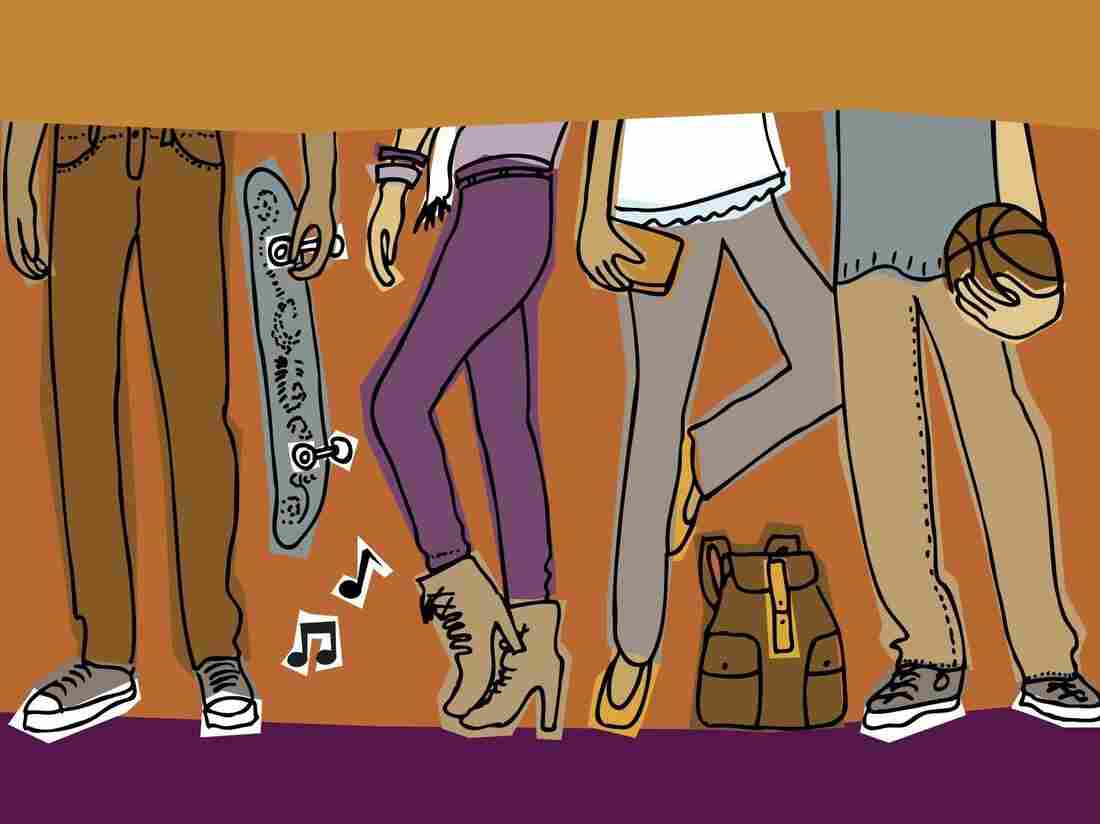 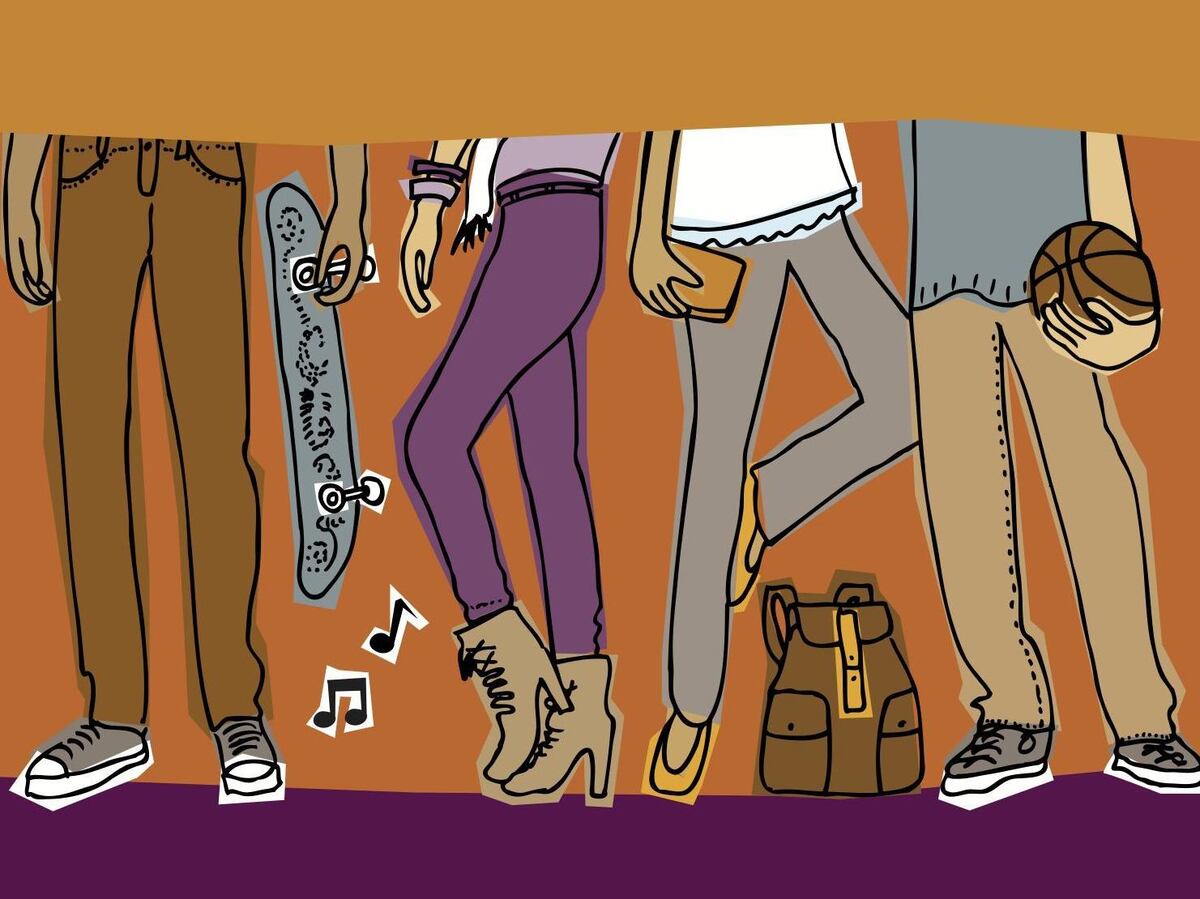 Well, there pretty much is such a science — and, as the age of "big data" rises, this new field called network science is opening vistas on everything from high school social webs to the spread of deadly diseases.

There are many, many questions network science can answer. But to get a sense of how it all works, let's start with one that haunts most of humanity at one time or another: "Am I important?"

To get a network science answer to this question, I turned to professor Matthew O. Jackson of Stanford University. I've been taking Jackson's networks class on Coursera in my own attempt to understand the field for a "city science" project I want to begin.

As Jackson told us in class, a network in its simplest form is just a set of "nodes" and the "links" between them. The nation's airports and their connecting flights form one version of a network. Another form of network is embodied via all the people in your high school class (they are the nodes) and their friendships, rivalries and romances (those are the links). Quantitatively untangling the spiderweblike structures these networks embody is the first task of network science

But let's get back to our big question, rephrasing it in a more concrete form:

How important are you in the various social networks (work, play, family) you inhabit?

To answer that question, Jackson likes to talk about the Medici. Yes, those Medici, the Renaissance ones. As Jackson writes in his book on social networks:

"The Medici have been called the Godfathers of the Renaissance. Their accumulation of power in the early fifteenth century in Florence, was orchestrated by Cosimo deí Medici despite the fact that his family started with less wealth and political clout than other families in the oligarchy that ruled Florence at the time."

A "network map" of the richest families in Florence gives you a sense of the Medici's world. Each link constitutes a marriage between families. Those marriages were really a form of economic alliance. Even a quick glance makes it clear that the Medici seem to be at the center of things. But a deeper analysis, using the mathematics of network theory analysis, tells us something much more powerful.

"In network science we have different ways of understanding how 'important' a node is within a network," Jackson says. One measure, called a node's "degree," simply counts up all its links. Having lots of friends (i.e., links) might seem to make you important in a network — but don't be fooled.

"The number of connections the Medici have is not that much larger than some of the other families," says Jackson. "So, that alone is not what made them powerful."

Instead of just counting connections, in network science one must ask about paths through the network. Imagine trying to send a message, for example, between any two players in the 15th century Florentine network of powerful families. Unless the two families were directly connected by a marriage, you'd have to take a path that was a series of hops through other families (nodes) that link the starting and ending points. But there often are different paths that lead from the starting family to the ending family. In 15th century Florence, lots of the paths between families passed through the Medici. They occupy a "central" place in the network.

"The Medici are more than twice as important by this measure, called 'betweeness centrality,' than anyone else in the Florentine power network," says Jackson. He explains that enforcing contractual obligations via legal means was difficult back then. If one family was owed money by another family, they could try to deal with the offenders directly and risk being ignored. Or they could go through the Medici.

"Everyone knew you don't blow off the Godfather," Jackson says.

So, in a network's structure, the mathematics of a node "centrality" is a better measure of importance than just its number of connections (its degree). This calculable measure called betweeness centrality tells us something critical: It's not how many people you know, it's where you sit in their paths.

This is exactly the kind of insight that's making network science so important across disciplines. CEOs use it to understand the behavior of their own sprawling companies. Environmentalists use it to understand ecosystem food webs and why some species can drive those webs to collapse more readily than others.

It's all about importance.

Which brings us back to high school, our first potent example of social networks and their dynamics. Jackson does have some encouraging news to temper the high school experience. "One thing we do see," he says, "is how accidents can play an important role in the formation of a network's structure."

According to Jackson, "Random occurrences can start links growing and lead to a person becoming important in a network: People like to connect to more popular people, and so it can snowball. "

The chance grouping of a few kids in homeroom can lead to a clique that might end up dominating a social network.

"If you rebooted the network" — meaning if everything were to be played out again — "you might get a totally different structure," Jackson says.

So, there you go. Even if we weren't "important" then, even if we aren't "important" now, there is always a chance that things will be different in the next network we find ourselves in. Hope springs eternal in the mind and in the network.