Accessibility links
Can't Sleep? Maybe Thinking About Evolution Will Help : 13.7: Cosmos And Culture Anthropologist Barbara J. King says the cross-cultural norm for sleep deviates significantly from the long, uninterrupted night of rest insomniacs may dream about — if they can sleep enough to dream. 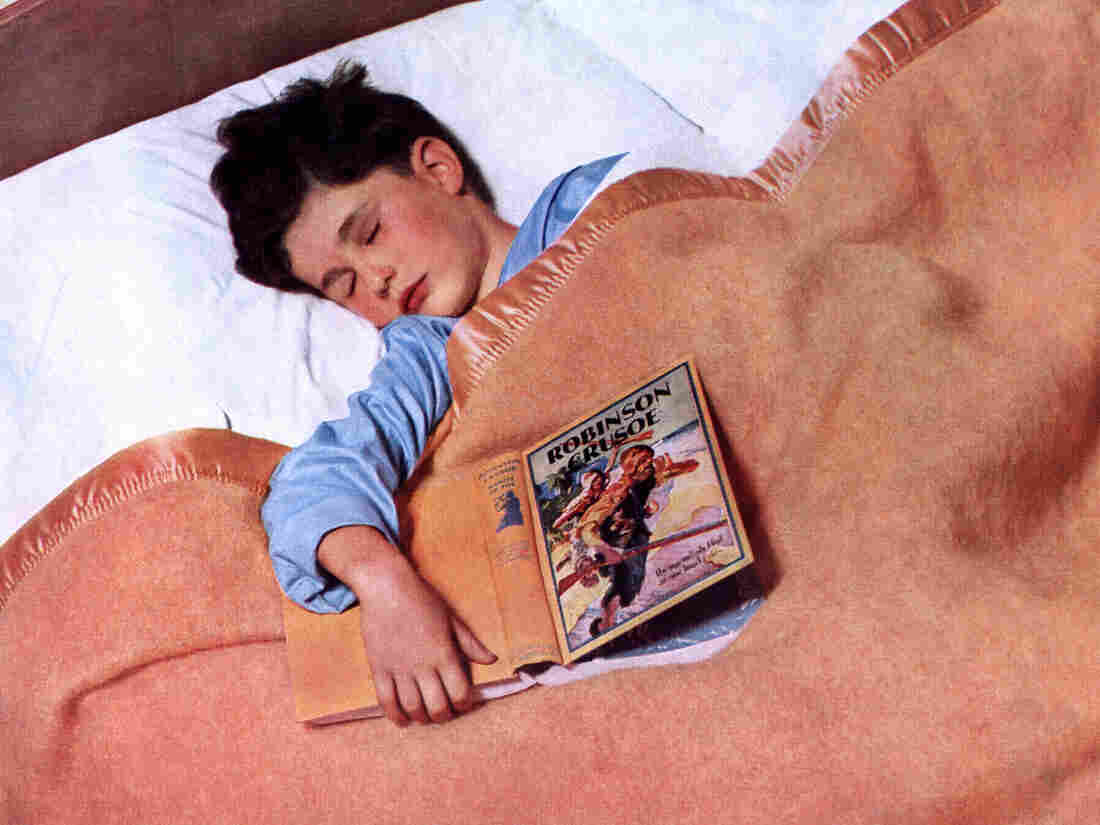 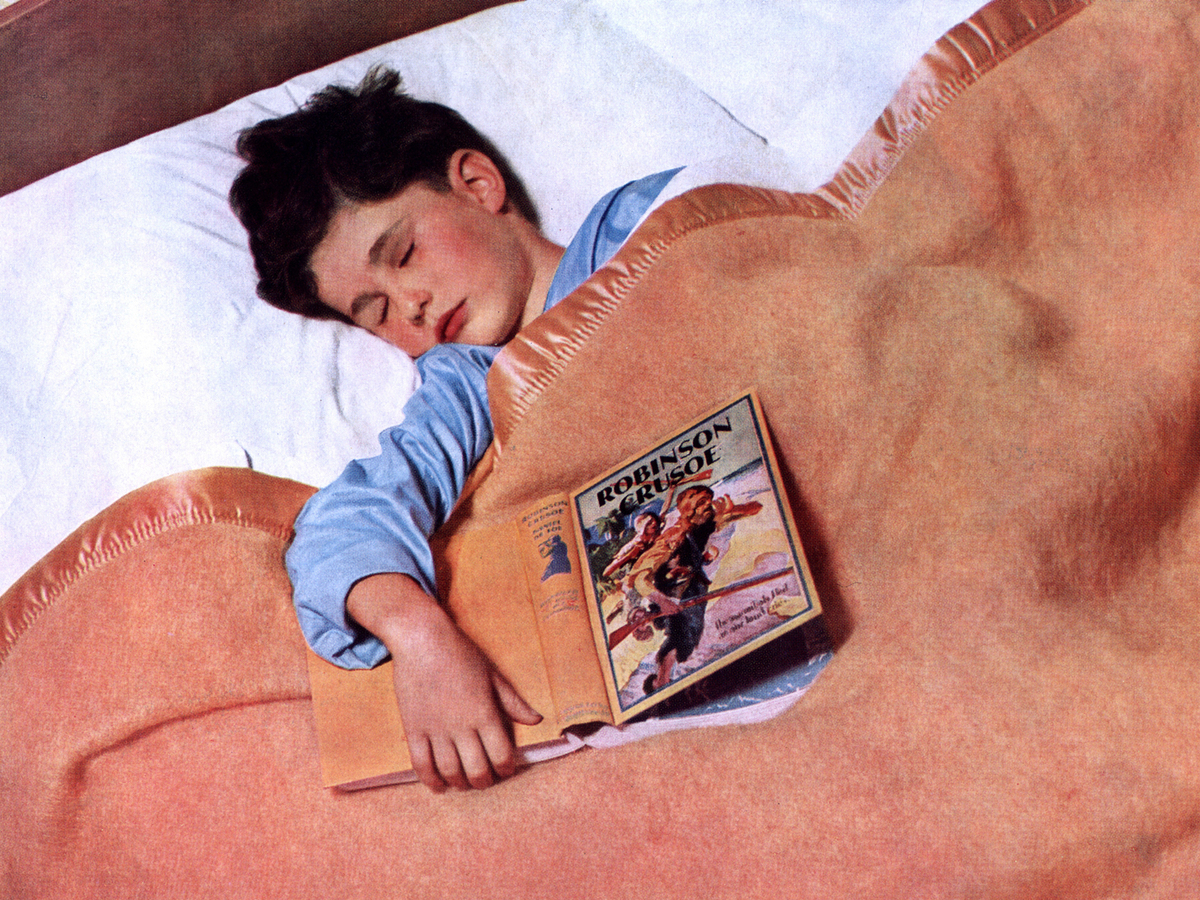 If you're reading this after a night of inadequate sleep, or disrupted sleep, you have company. The National Sleep Foundation reports that over half the people in their survey experienced at least one symptom of insomnia "at least a few nights per week" over a year's period.

Tossing, turning and thrashing around before being able to fall asleep is the classic symptom of insomnia, but other nasty patterns may entrench too: interrupted sleep (when a person wakes up throughout the night); early awakening (when the brain fires to life in the wee hours and won't relax back into slumber); or waking up feeling tired. A full third of the survey respondents had experienced at least one of these symptoms every night, or almost every night, in the preceding year.

I can relate. Now that we're well into what's delicately known as the second half of life — in ours 50s and 60s respectively — my husband and I enact a morning ritual, quizzing each other about the night's statistics: What time did you fall asleep? How many times were you up in the night? We high-five in celebration at any victory, defined as a truly restful night. As a post-menopausal woman, I fall into a group that is regrettably well-represented among insomnia sufferers — in part because of shifting hormonal patterns.

To drag through the day fatigued is an uncomfortable feeling, and that cycle of worry ("I-can't-sleep-how-will-I-function-tomorrow" on an endless mental feedback loop) is no fun either. More than this, though, study after study shows that disrupted sleep may be harmful to life and health: Two recent studies point to increased risk of car crashes and other bodily traumas linked to insomnia.

Possible reasons for insomnia range widely in scope and vary from person to person. As a consequence, what to do in response to insomnia also varies widely and may require medical consultation. But what might we insomnia sufferers do for ourselves? The inevitable list of "helpful hints" that accompanies articles on insomnia rarely fail to underwhelm me. Don't eat a pound of dark chocolate or drink multiple mugs of caffeine near bedtime? Avoid Skyping from the bedroom into a tense business meeting halfway around the world just hours before sleep? Bathe yourself in warm water while drinking warm milk and avoid screen time in the hour before you hope to drift off? Aimed at keeping the body and mind calm and the bedroom a sanctuary, these ideas are rooted in common sense — but trust me, any insomniac worth the label has already tried them.

I've found some comfort in an evolutionary perspective on sleep. What seems like a reasonable goal — six or seven hours of unbroken and restful consciousness in a bed alone or curled up next to a beloved partner — stands out as an anomaly when we look with an evolutionary or cross-cultural lens.

Anthropologist James McKenna's research on sleep is based on the knowledge that mom-and-baby or parent-and-baby co-sleeping was the norm through primates' evolutionary history and remains so in many human populations globally. Throughout the night, mom and baby co-arouse; that is, slight shifts by one sleep partner contingently affect the other, a night time choreography that may benefit the neurologically vulnerable baby who isn't necessarily born with, but rather has to learn, stable breathing patterns. This work suggests that those of us who grew up sleeping in a separate bed, sometimes in a separate room from everyone else right from infancy, never really entrained on our species' natural sleep patterns.

Even beyond child-rearing, the cross-cultural norm for sleep deviates significantly from that long uninterrupted night of rest we insomniacs may dream about (if we can get enough sleep to dream in the first place!). Anthropologist Carol Worthman is fond of pointing out that culture drives sleep, and, in many cultures, a bi-phasic pattern is the norm: People sleep for a while, often in family groups, get up for a while and carry out some relatively quiet activity, then go back to sleep.

The pace of modern-day life in our society, and the structure of most of our modern-day jobs, often renders it difficult to import sleep patterns from other cultures or from past time periods; after all, the "culture drives sleep" dictum works both ways and our patterns have been shaped by the rhythms of our days. Still, we might take small positive steps. If we wake in the night and can't fall back to sleep, we can realize we're not caught in some pathological sleep trap, but instead are experiencing an evolved pattern of bi-phasic or even poly-phasic sleep. In an interview with Emory University's eScienceCommons, Worthman put it this way:

"In our culture, we have this very fixed idea that you should lie down and go out like a light. One of the problems with insomnia is that people become very anxious about it. If they relaxed, went with the flow, and perhaps took a nap during the day, maybe it would help."

Just as Worthman has predicted, I do find that learning about the evolution of sleep and the variation in human sleep patterns today makes it just that little bit easier to cope with the poor-sleep nights when they come along.