Accessibility links
Exploring The Religious Naturalist Option : 13.7: Cosmos And Culture Religious naturalists understand humans to be emergent from and, hence, a part of, nature, says commentator Ursula Goodenough. They also consider the religious potential in these beliefs. 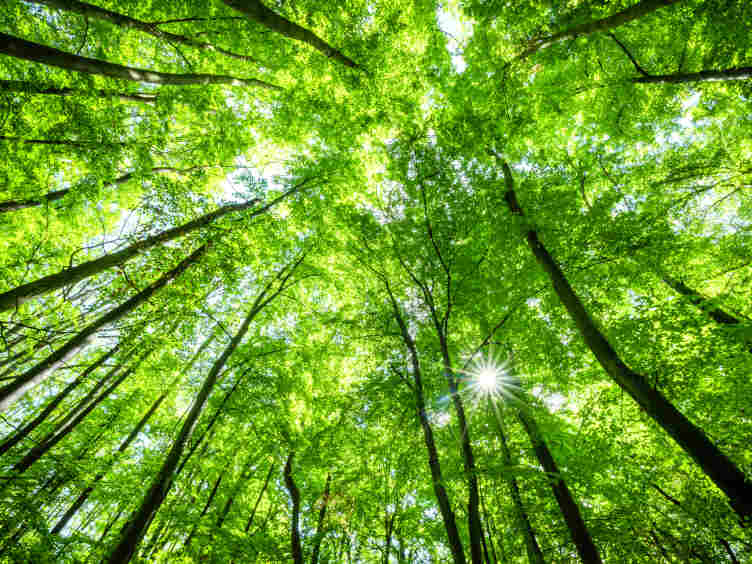 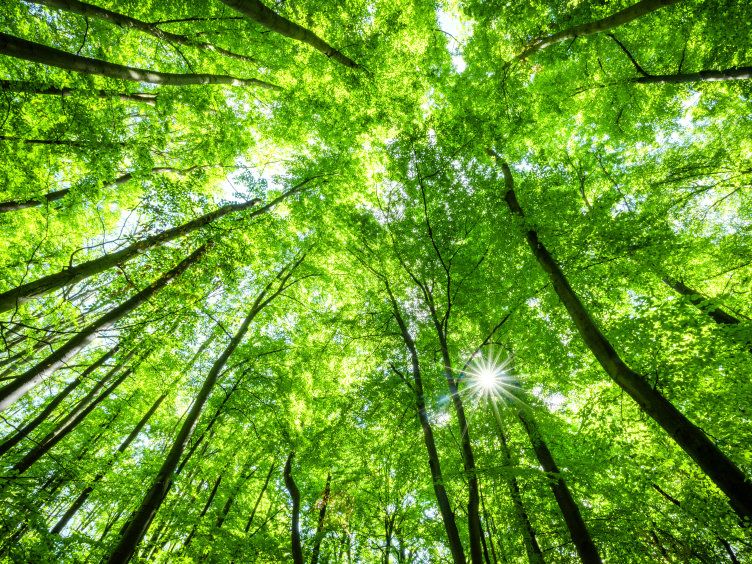 Adam recently wrote a nice piece on the "spiritual but not religious" distinction being made these days. He noted that "religious" is commonly used to connote being affiliated with a traditional religion and "spiritual" to connote some larger sense of awe and wonder.

I'm offering another take on these matters — one that incorporates the science-based understandings of nature that lie at the heart of 13.7 — by answering some questions here:

What is the standard understanding of being religious?

Most traditional religions have a core narrative (a mythos, a large story), usually recorded in texts or oral accounts. Interpretations of each account are embedded in the mythos and elaborated by clergy, spiritual responses to the account are elicited via art and ceremonies, and moral/ethical edicts are built into the fabric of the narrative.

A person adopting a traditional religion elects to believe in the mythos and its embedded interpretive, spiritual and moral/ethical parameters — and usually participates in a community of fellow believers.

Who is a naturalist?

Scientific inquiry has provisioned us with a mind-boggling new core narrative — the epic of evolution, the epic of creation, the universe story, big history, everybody's story — where humans and human cultures are understood to be emergent from and, hence, a part of nature.

Naturalists adopt this account as their core narrative, with full recognition that these understandings will certainly deepen and may shift with further scientific inquiry. They adopt the story currently on offer and do not simply select features of the story that support preferred theories of nature.

Who is a religious naturalist?

A religious naturalist is a naturalist who has adopted the epic as a core narrative and goes on to explore its religious potential, developing interpretive, spiritual and moral/ethical responses to the story.

Importantly, these responses are not front-loaded into the story as they are in the traditions. Therefore, the religious naturalist engages in a process, both individually and in the company of fellow explorers, to discover and experience them. These explorations are informed and guided by the mindful understandings inherent in our human traditions, including art, literature, philosophy and the religions of the world.

What is meant by interpretive, spiritual and moral?

The interpretive axis entails asking the big questions along philosophical/existential axes. How do our science-based understandings inform our experience of self? What do they tell us about free will? Death? Love? The search for the meaning of life? Why there is anything at all rather than nothing?

The spiritual axis entails exploring inward religious responses to the epic, including awe and wonder, gratitude, assent, commitment, humility, reverence, joy and the astonishment of being alive at all.

The moral axis entails outward communal responses to the epic, where our deepening understandings of the animal/primate antecedents of our social sensibilities offer important resources for furthering social justice and human cooperation.

It also entails an orientation that can be called "ecomorality," seeking right relations between the earth and its creatures, absorbing our interrelatedness, interdependence and responsibilities.

What is religious naturalism?

Religious naturalists seek to develop coherent and satisfying meta-versions of their interpretive, spiritual and moral responses to the natural world. Some may go on to produce books, articles, blog postings, films, art, music and poetry that offer these syntheses for others to consider and learn from. A given synthesis can be called that person's version of religious naturalism, and many such offerings are available. (An analogy: There are many versions of environmentalism on offer, each written by an environmentalist.)

Importantly, all of these projects are proposals. At this stage in the journey, our core text is nature.

Most religious naturalists do not elect to use God language, but some use the word as a personification of reality, or to connote the unknown and perhaps unknowable substrate of order (e.g., "God as the ground of being"), or to connote a large and important concept within the natural world (e.g., "God is love" or "God is creativity").

Adam notes in his blog that a recent Pew Foundation survey on religion found that almost 20 percent of Americans placed themselves in the "unaffiliated" category.

Persons who consider themselves religious naturalists now have an affiliation option — to join (free) an organization called the Religious Naturalist Association, or RNA (pun intended). You can check it out here. The drop-down menu called "Varieties of Religious Naturalism" links to books and other websites that consider this perspective and the link to the RNA Advisors introduces some of the folks who are onboard — including our own Stu Kauffman!

Ursula Goodenough is a professor of biology at Washington University, where she teaches cell biology and molecular evolution. Ursula ended her run as a regular contributor to the blog in July 2011. She remains, however, a valuable member of the 13.7 community.