Accessibility links
What If Atheists Were Defined By Their Actions? : 13.7: Cosmos And Culture Should we express religious categories in terms of people's beliefs or their behaviors? Commentator Tania Lombrozo examines why we describe (a)theism the way we do.

What If Atheists Were Defined By Their Actions?

What If Atheists Were Defined By Their Actions? 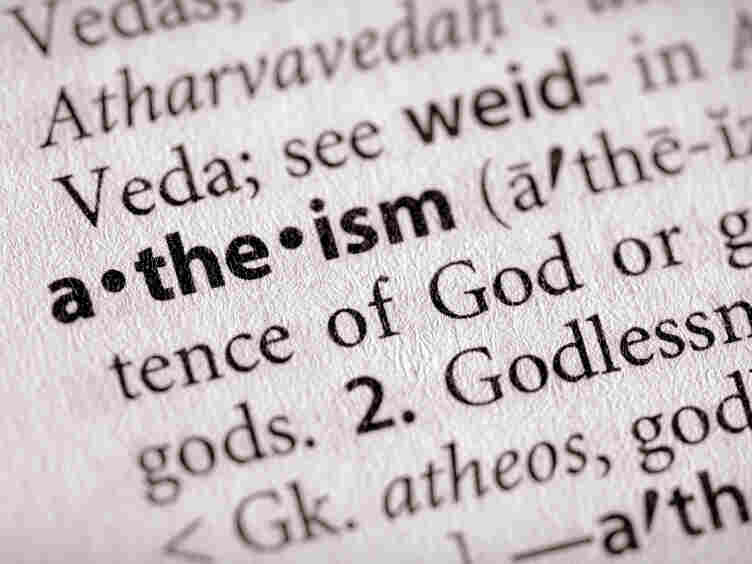 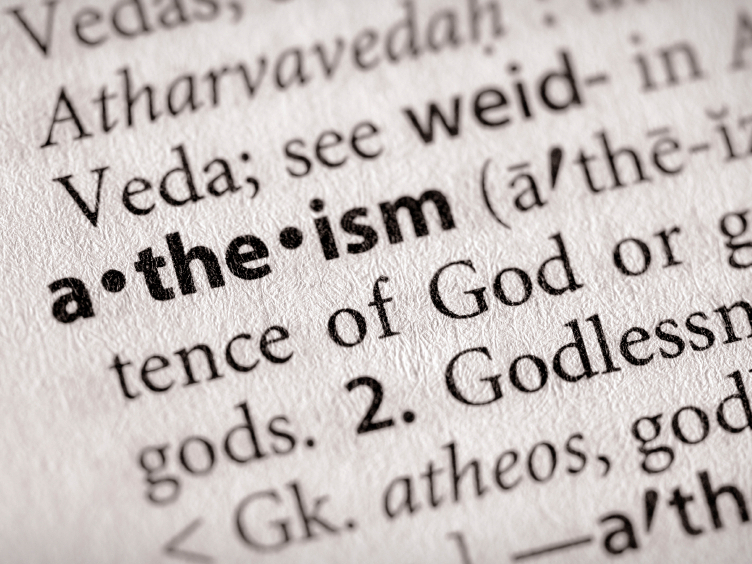 We classify people in all sorts of ways.

These different ways of defining categories of people — and in particular the category "atheist" — form the backdrop to an interesting episode of the Rationally Speaking podcast in which co-hosts Julia Galef and Massimo Pigliucci query astrophysicist Neil deGrasse Tyson on his resistance to identifying (or being identified) as an atheist.

For Tyson, eschewing the atheist label is not a matter of rejecting core atheist beliefs — he admits that he's not compelled by any arguments that have ever been put forth for the existence of God, and he accepts Pigliucci's suggestion that we're just as warranted in rejecting the existence of God as in rejecting the existence of unicorns. Rather, for Tyson the matter is one of behavior. The inferences that people make when classifying him as an atheist don't align well, he feels, with his frequent choice of Jesus Christ Superstar as musical accompaniment on family drives, or with his habit of standing for the "Hallelujah" chorus of Handel's Messiah. He has as much interest in meeting with other people to discuss their absence of belief in God as in meeting with non-golfers to talk about their absence of a passion for watching golf. In short, he doesn't take himself to exhibit the behaviors typically associated with being an atheist.

Now, this is a strange response if being an atheist is strictly a matter of belief (or lack of belief, as the case may be). Consider a vegetarian making the opposite move — eschewing the label vegetarian based on her beliefs rather than on her behavior. "Sure," she might say, "As an inviolable rule I never eat meat, but I don't have the beliefs that one typically associates with being a vegetarian. For instance, I believe that making animals suffer is perfectly fine. I don't eat any meat ever ... but don't label me a vegetarian."

Part of what makes Tyson's response — and that of our hypothetical meat-avoider — understandable, if not exactly typical, is the fact social categories often come with baggage in the form of strong cultural associations, not all of which are accurate or positive. Atheists are among the most distrusted groups in America, for example, and people often think that vegetarians are annoyingly self-righteous. (Full disclosure: I am both an atheist and vegetarian, but trust me, I'm not at all self-righteous.) It's natural to want to distance oneself from these associations, even if one fits a category's constitutive core. It might be like the mother of a mother — i.e., a grandmother by anyone's definition — preferring not to be called "grandma" because she doesn't like to babysit or bake cookies and doesn't feel the label adequately reflects her true passions of motorcycle racing and number theory.

As Galef suggests on the podcast, however, there can also be value to appropriating a label when one doesn't fit the stereotypical mold. If a person belongs to a category by definition but doesn't like the cultural associations, why not take an activist stance and help bring about a change in those associations? Why shouldn't atheists enjoy Jesus Christ Superstar? Why shouldn't grandmothers be associated with number theory? Cultural associations are unlikely to change if only those who fit the mold adopt the corresponding label.

But perhaps an even deeper issue is this: Why do we define theism and atheism first and foremost in terms of belief? What would it look like if religious (and areligious) categories were instead a matter of behavior?

This gets to the heart of why we classify people at all. At a broad level, categories are useful because they help us communicate, they package information efficiently and they can define social boundaries — for better and for worse. The most informative social categories are those that are inferentially rich: They tell us a lot about the objects they apply to. For example, if you learn that someone belongs to the category "vegetarian," you can infer some things with high certainty (for example, that the person won't eat Mongolian beef at a Chinese restaurant) and you can infer some things with lower certainty (for example, that the person finds animal suffering morally wrong). The category "vegetarian" is moderately inferentially rich: It tells us more than learning that someone likes cookies but less than learning that she is a Jain, and therefore vegetarian but also committed to many additional practices and beliefs.

When it comes to the inferences that are licensed by category membership, we care not only about number but about kind. Knowing that someone is a vegetarian tells you a lot about what that person won't eat — and that's useful in planning meals and choosing restaurants. It doesn't, on its own, tell you why someone is vegetarian, so you'd be on shakier ground inferring, for instance, that they don't wear leather — something that makes sense if you object to eating animals on moral grounds but not if you object to eating animals on nutritional grounds. When we care about this further distinction, we sometimes talk about "ethical vegetarians" versus "health vegetarians." Yet for the category vegetarian, we prioritize behavior over belief in classification, presumably because the role of the category is so strongly tied to the logistics of food.

If we assume that our current categories aren't arbitrary but already tuned to the inferences we care about, then we should assume that "theist" and "atheist" are useful and meaningful as they are — as categories based on belief rather than behavior. We could add additional qualifications related to behavior, just as we can add additional qualifications to "vegetarian" related to belief. For example, we could differentiate "church-going theists" from those who don't attend church, or "proselytizing atheists" to differentiate those who explicitly set out to convince others (such as Dawkins) from those who don't (such as Tyson).

But we could simply talk about going to church or not, or go straight to the behaviors that actually motivate Dawkins, such as discrimination against atheists and religious interference with science education (an issue, by the way, that also motivates Tyson to argue against creationism in science classes). This may seem unintuitive when we're in the vicinity of religious beliefs but it isn't totally crazy — in Judaism, for example, many category labels are defined not in terms of belief, but in terms of the practices one observes: A person who is "shomer Shabbat" is so classified because she observes the Jewish Sabbath.

It may be common to carve up religious categories by beliefs rather than behaviors because religious behaviors tend to come in correlated clusters that are well-predicted by beliefs. In other words, dividing people up in terms of beliefs can be pretty inferentially rich. And when it comes to morality, which for many people goes hand-in-hand with religion, we tend to care a lot about what goes on in people's heads — their beliefs and intentions — and not just their behaviors.

But for atheism — which is all about not having a particular belief — the landscape looks a little different. We lose a lot of the inferential richness that often comes from categorization. What kinds of behaviors are typical of atheists? Not going to church? Not praying? There are trends, to be sure, but the only feature that unites most members of the category is a belief. So it makes sense to define the category in terms of belief but, to fill out an otherwise thin classification, the most salient examples of atheists may play a disproportionate role in the inferences we draw — making it easy to think that all atheists are (say) like Dawkins when it comes to their behaviors, not (say) like Tyson.

In the end, there may not be a good alternative to defining "theist" and "atheist" in terms of belief — belief is truly at their core. But the labels should come with a warning. My concern isn't exactly Tyson's, but it's related: We move so easily beyond beliefs to inferences about behavior that discussions that seem to pit theist and atheists against each other may be about something else entirely. It's when we get to behaviors — whether it's choosing textbooks for public school science classes or waging holy war — that the stakes go up.

So, when it's the behaviors we care about — and it most often is — let's talk about that. We might also need to talk about beliefs, but we can likely leave the belief labels at home.

Tania Lombrozo is a psychology professor at the University of California Berkeley. She writes about psychology, cognitive science and philosophy, with occasional forays into parenting and veganism. You can keep up with more of what Tania Lombrozo is thinking on Twitter: @TaniaLombrozo