Accessibility links
In Transgender Teen's Fight, Echoes Of Others : 13.7: Cosmos And Culture An explosive case in her own rural Virginia community leads anthropologist Barbara J. King to explore the role of local school boards in protecting — and promoting — transgender teens' rights. 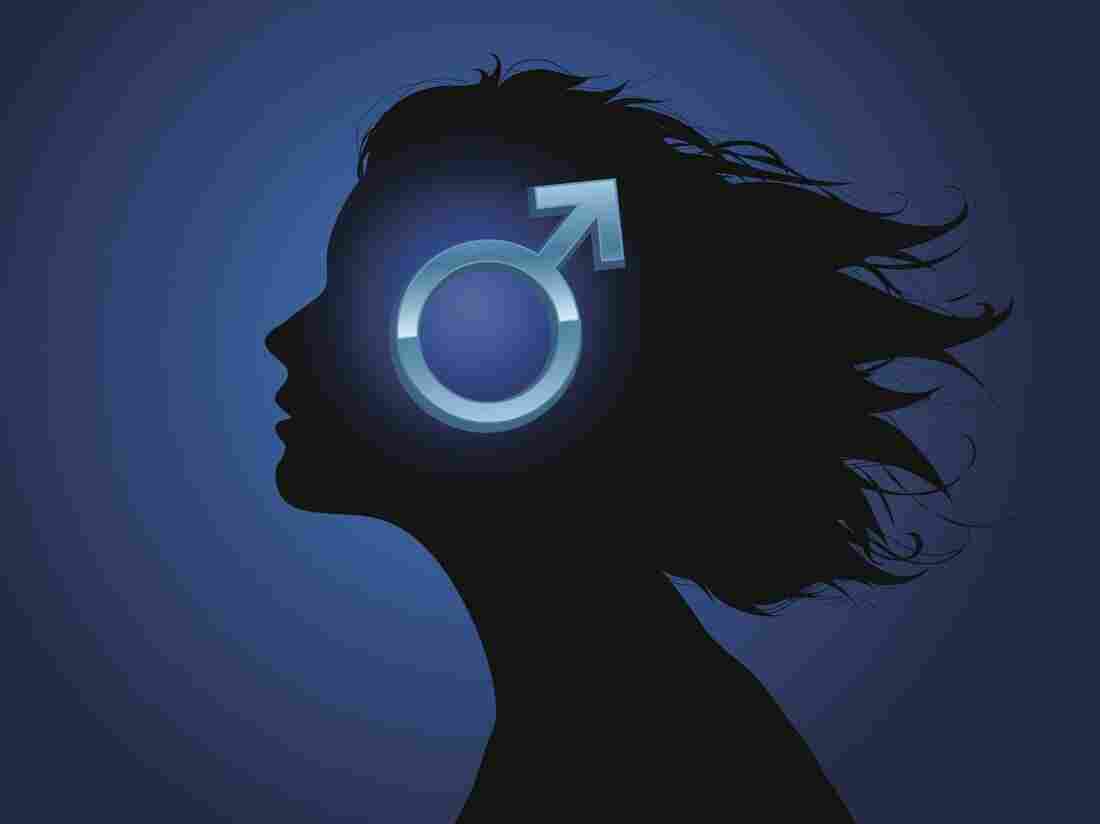 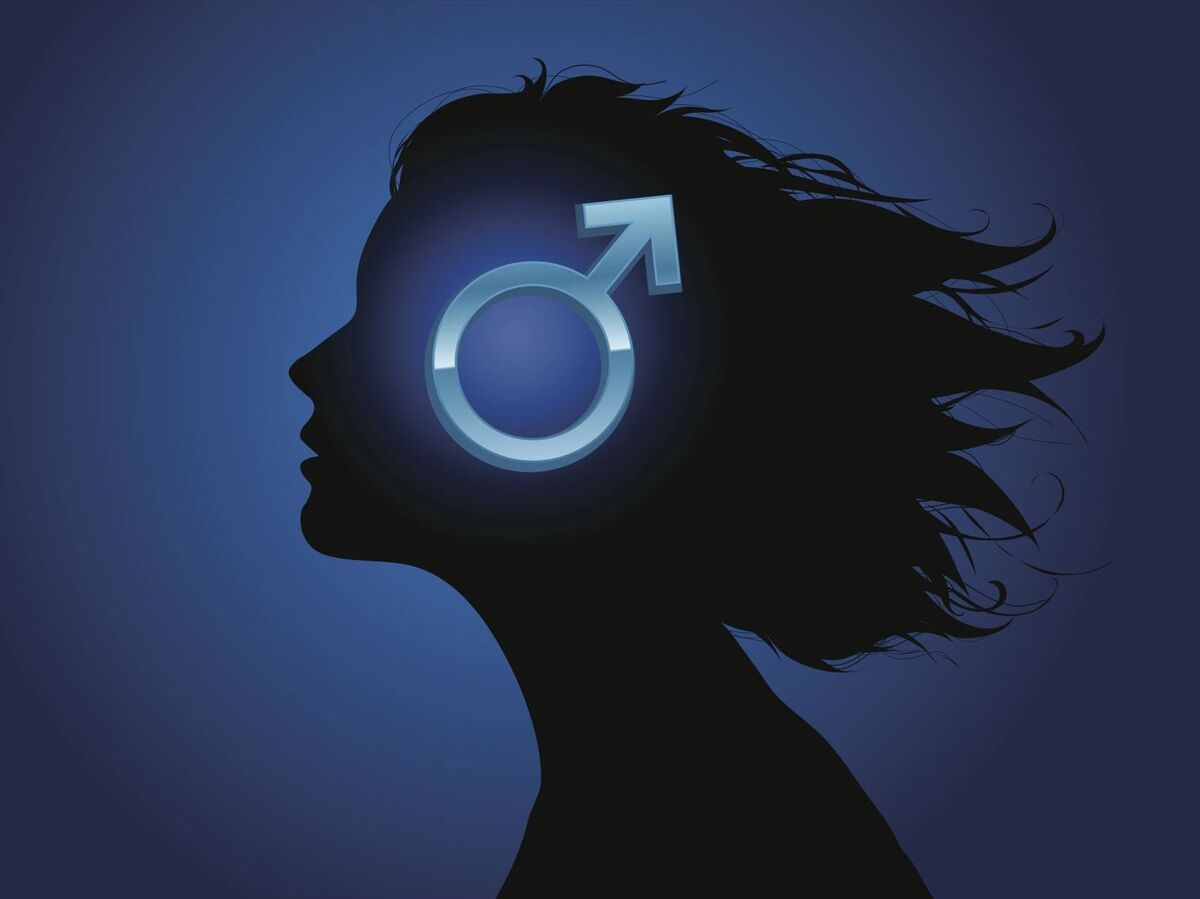 What happens in a small, semi-rural community in a southern state when an "out" transgender student decides to speak up for his civil rights?

Here in Gloucester County, Virginia, where I live — not far from the Historic Triangle of Yorktown-Williamsburg-Jamestown — the answer is that all hell breaks loose.

For years here at 13.7, I've been writing about the spectrum of gender expression, the fact that gender identity isn't only — or even mostly — about biology and that it's most certainly not reducible to the sex one is assigned at birth. I've celebrated that spectrum, and worried over discrimination against transgender individuals.

Now these issues have hit home in a very direct and local way: A 10th grade student named Gavin Grimm, who was born female and identifies as male, has challenged the status quo and asked to use his gender-identified bathroom — the boys' bathroom — at the local high school here.

On Tuesday night, divisiveness erupted during an open commentary period before the school board's vote on this proposal, put forth last month by board member Carla Hook in response to Grimm's request:

Whereas the GCPS (Gloucester County Public Schools) recognizes that some students question their gender identities, and

Whereas the GCPS encourages such students to seek support and advice from parents, professionals and other trusted adults, and

Whereas the GCPS seeks to provide a safe learning environment for all students and to protect the privacy of all students, therefore

It shall be the practice of the GCPS to provide male and female restroom and locker room facilities in its schools, and the use of said facilities shall be limited to the corresponding biological genders, and students with sincere gender identity issues shall be provided an alternative private facility.

Hook emphasized in her remarks Tuesday night that the seven school board members extensively researched issues related to transgenderism in the schools, with the aim of protecting all the school district's children.

What I see in the proposal is a misguided notion ("if you have a penis you go to the boys' bathroom, if you have a vagina you go to the girls' bathroom," as one commenter put it Tuesday night) of what gender identity is, and a failure to include Grimm under the much-vaunted protective umbrella meant for "all students."

Dozens of county residents (including me) spoke out regarding the proposal. Grimm's mother, Dee Grimm, noted that her "awesome kid" had been allowed by the school's principal to use the boys' bathroom since October, a development that Grimm himself referred to as "unimaginably wonderful, giving me all my rights in full." In support of Grimm, one attendee noted that transgender rights is "the civil rights issue of our time," and several others agreed. Most comments, however, turned on an assumption that non-transgender kids' privacy will be violated in ways that may cause them harm if the policy were not to pass. Distressingly, Grimm was referred to as "a girl" and as "a freak" during this period.

When the policy came to a vote, it passed 6-1, meaning Grimm can no longer use the boys' bathroom.

"My school," Grimm told me by email after the vote, "which for every student should be a safe haven, has now become an unsafe and unwelcoming place."

Whether a unisex restroom is provided for Grimm — as seems to be the school board's intention — or not, "the mental ramifications will be tremendous," Grimm noted. "I have a history of depression and anxiety. Both conditions will certainly be inflamed by the decision of the school board more so than they already have been. Furthermore, I find the unisex option unacceptable, as I am not 'other; 'third' or 'unisex.' Certainly not 'unisex.' I view it as discrimination still, and will fight it to the full extent of my capabilities."

James Parrish, executive director of Equality Virginia, an organization working for transgender rights, expressed in a written statement his organization's disappointment with the school board's voting. He said the board voted in "a policy that not only discriminates against transgender students, but one that we believe to be illegal under Title IX." By telephone Wednesday, Parrish told me that, at the school board meeting, he heard "clear misunderstandings and genuine confusion about the issue at hand, which is about one student trying to live his gender. Expressed concerns were about privacy issues, but that is not the essence here."

The lone school board member to vote against the proposal, Kim Enderson Hensley, also expressed concern to me about legal ramifications of the school board's decision: "This decision is wrong because it violates the civil rights of transgender students by denying them equal access to school facilities. Title IX as interpreted by the Department of Justice and the Department of Education's Office of Civil Rights requires all public schools to treat transgender students consistent with the student's gender identity. No school board can substitute its own interpretation of the law for that of the Department of Education. Failing to comply with Title IX puts Gloucester County Public Schools' federal funding at risk. Gloucester County Public Schools can protect the privacy rights of all students and still comply with Title IX by retrofitting bathrooms to make sure that there are only stalls in the boys' and girls' bathrooms [versus, for example, open urinals in the boys' bathrooms]."

One 15-year-old boy may be at the heart of these local issues but the issue is a nationally significant one. Earlier this month, a Maine court ordered a school district to pay a transgender teen $75,000 in settlement of her discrimination lawsuit also involving bathroom rights. As the Associated Press reported, it was the first time a state high court in the U.S. ruled that a transgender person must be able to use the bathroom of the gender with which they identify.

Grimm told me that "potential state or federal involvement" may now work in his favor, and in favor of the transgender population more generally: "The likelihood of a policy being made, rather than this issue just being dealt with on a case by case basis, has gone up substantially."

In the brief time I've known Grimm, I've come to recognize him as a forceful spokesperson — not only for his own rights but also for those of other trans teens. As he told a local news outlet, "Seeing that I have been put in this position, I feel that it is my moral duty to help as many people as I can with this, because I know I'm not the only transgender student at Gloucester High School, and I know I'm not the only transgender student that will ever go to Gloucester High School."