Accessibility links
The Magic Of Christmas Eve Goes Beyond Religion : 13.7: Cosmos And Culture For a few hours on Christmas Eve, we let the charade and the walls drop and recognize each other for what we all are — fellow travelers on a journey no one understands, says commentator Adam Frank. 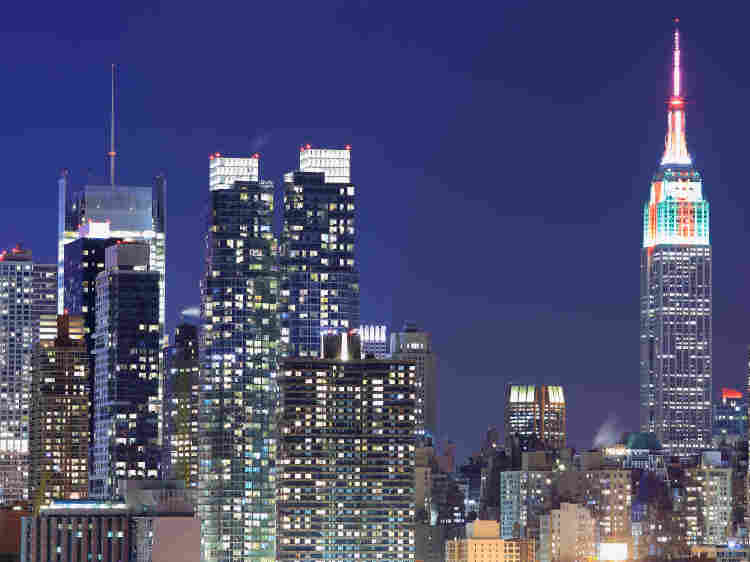 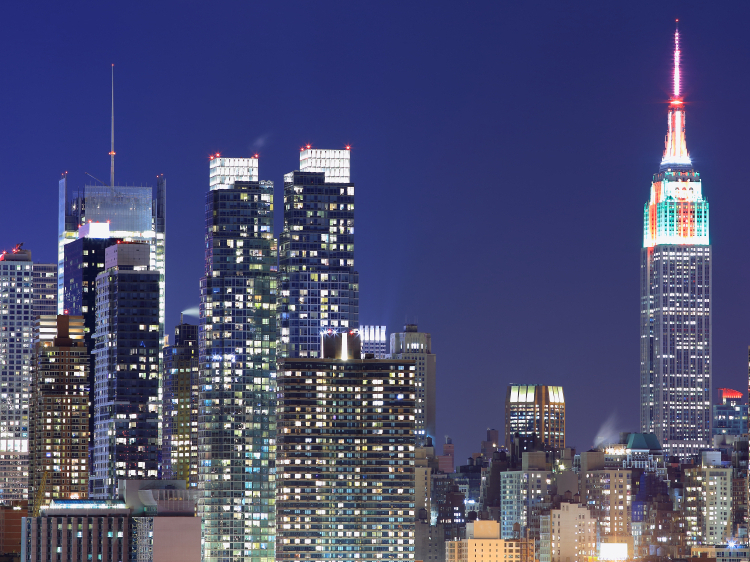 It was late at night one Christmas Eve in the mid-1980s — New York City was a still a murky mix of squalor and grandeur then — when I found myself stranded at a bus stop near 121rd Street after a botched reunion with an ex-girlfriend. The street was empty and quiet and peaceful in a way only Christmas Eve (or apocalyptic blizzards) can manifest.

The snow was falling lightly and it wasn't too cold. I waited alone on the broad avenue, smoking roll-your-own cigarettes (I was young and still stupid in a lot of ways back then) and marveling at the snowflakes. After a while an older guy walked up and joined me. For a little while we just stared uptown together in the silent hope of conjuring up a bus. But after a while, it being New York and late at night and Christmas Eve, we got to talking. Then we got to laughing (profanity-laced complaints about bus/subway/whatever service is always a NYC ice-breaker). Then we got to sharing cigarettes and a flask of something that tasted like battery acid but packed a nice punch. Finally, we started swapping stories about family and work and the holiday screw-ups that had brought each of us to the bus stop.

Soon, we were best friends in way that could only have happened on that night. That night ...

For all the crushing weight of consumerism and faux emotion to be endured each December, there is nothing that can touch late-night Christmas Eve. The tenderness of those hours, somewhere between 8 p.m. and 3 a.m., are without equal. It seems to me that, religious or not (and I'm not), in those few hours we collectively agree to something so valuable it almost makes two months of holiday carols worthwhile.

In that short window of late Christmas Eve, we see in each other the same vulnerabilities we know so intimately in ourselves. For those few hours, we let the charade and the walls drop and recognize each other for what we all are — fellow travelers on a journey no one understands.

There is a great deal written about the science of altruism — the willingness of human beings to extend help to genetically unrelated strangers. But if you're out late on Christmas Eve, you can often find something quite different from altruism. It's a human attribute whose scientific explanation means a lot less than its direct experience. Like my encounter at the bus stop all those years ago, in the quiet of Christmas Eve what we can often find is a special kind of compassion — a compassion born of identity. In some crazy way, that guy and I knew we were brothers, out there alone in the cold. And in an equally crazy way, we were filled with love for it. That's made our meeting and our laughter so memorable to me. It was compassion at its deepest root.

In my experience, those moments of unfiltered compassion are the greatest gift of the holiday season. May we all find such gifts this year, in hopes of remembering them clearly when they're needed in the next.