Accessibility links
What If Heaven Is Not For Real? : 13.7: Cosmos And Culture The idea that we, as individuals, did not exist 1,000 years ago doesn't seem to worry us. So, why does the idea of not existing in the future freak us out so much? Adam Frank explores this notion.

What If Heaven Is Not For Real?

What If Heaven Is Not For Real? 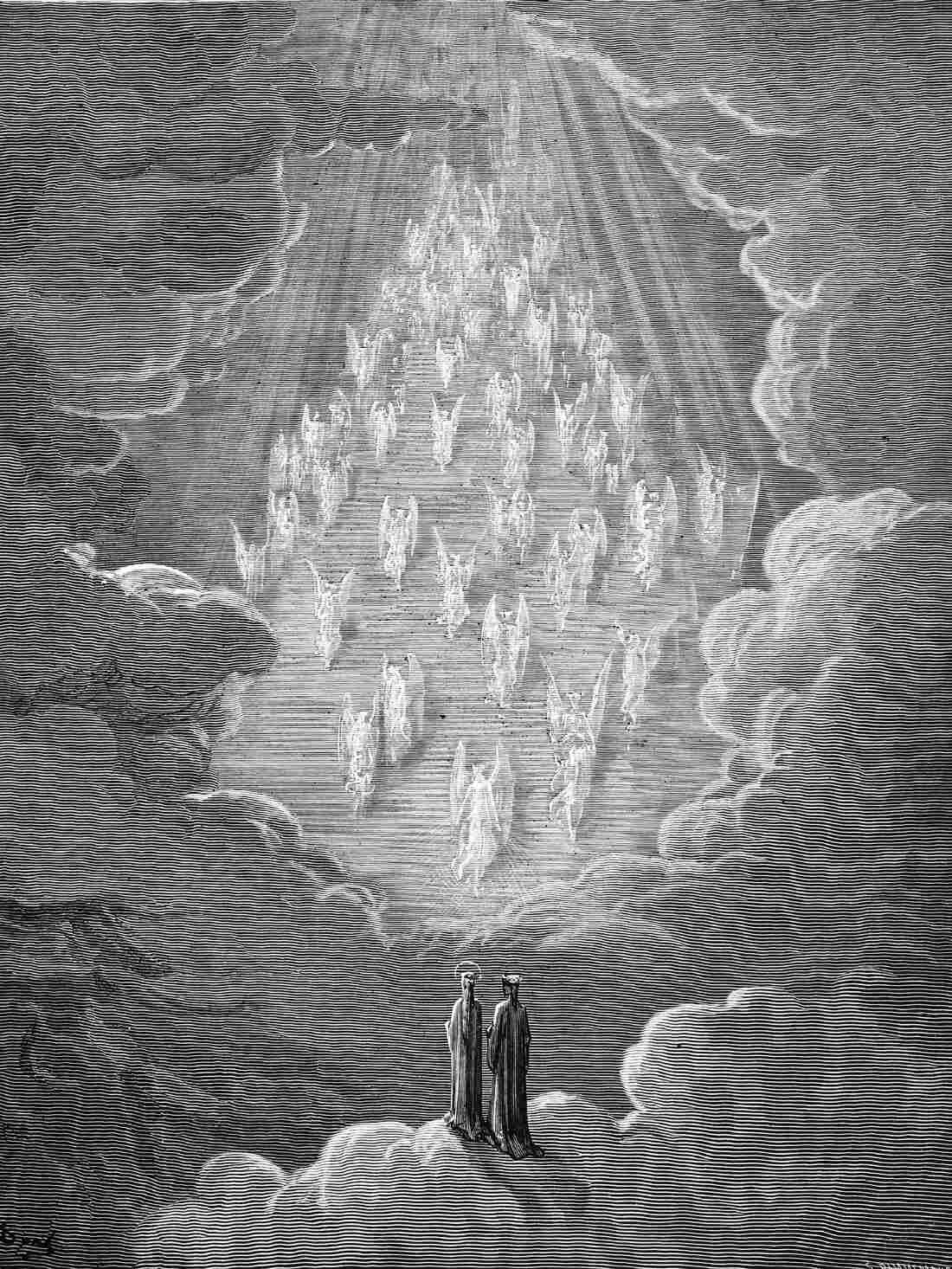 An 1870 engraving by Gustave Dore depicts the vision of the golden ladder, a scene from Dante's Paradiso. D. Walker/iStockphoto hide caption 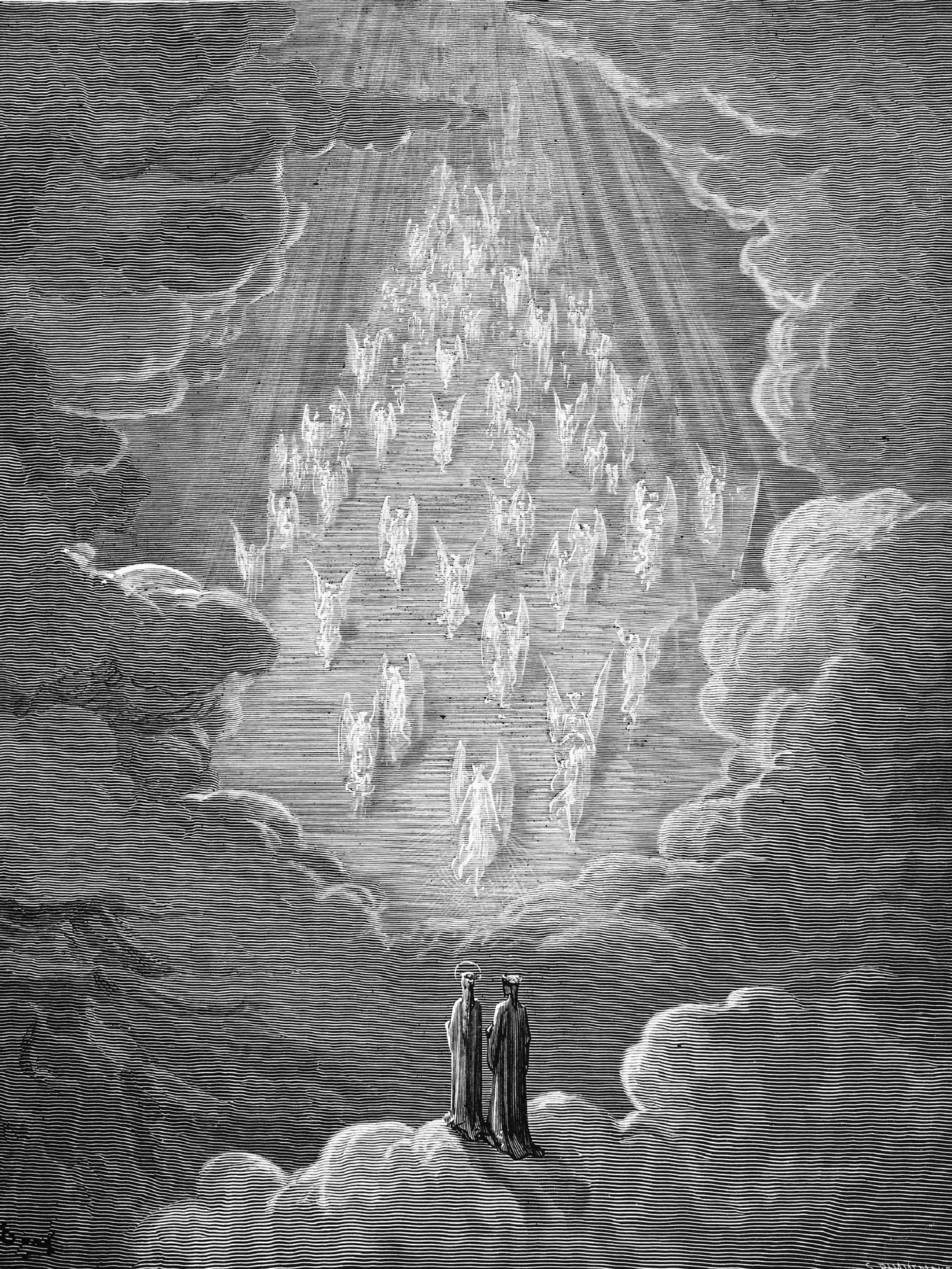 An 1870 engraving by Gustave Dore depicts the vision of the golden ladder, a scene from Dante's Paradiso.

Last week, a young man named Alex Malarkey made news when he publicly retracted his story that he'd been to heaven. This, understandably, may not seem like news to some people. But Malarkey's story, based on the tragedy of an auto accident when he was just 6 years old, became a best-selling book called The Boy Who Came Back from Heaven.

More important, his book, along with others such as Heaven Is for Real — written by Todd Burpo based on the story of his then-young son, Colton — have come to form their own literary genre. Sometimes called "heavenly tourism," these volumes have proven quite lucrative for their publishers. The details of Malarkey's religiously motivated decision to tell the truth can be found elsewhere. But for me, his story raises a deep question about the origins of humanity's very deep anxiety about what happens after death.

The elaborate descriptions of winged angels and heavenly architecture in these books are just a modern manifestation of something people have been doing for a long time — imagining a better life after the end of this one. Given the depth of suffering this life can entail, it's not hard to imagine where that impulse comes from. And, again given the depth of this life's suffering, those of us not inclined to wish for a heavenly afterward might keep our compassion open enough to understand the impulse leading so many others to do so.

But while ending suffering is one thing, ending existence is another. That is where my question about our anxiety over death and the need for an afterlife really begins.

For many folks, what's most terrifying about death is the ending of their own being. Each of us is, naturally, at the center of a remarkably vivid life. We're center stage in our own dramas of love and hardship, victory and defeat. The idea that it could just end, that we could just end, evokes nothing short of horror for many people. As Woody Allen famously put it: "Life is full of misery, loneliness and suffering — and it's all over much too soon."

This kind of existential terror never made a lot of sense to me. To explain why, I need you to know that when I was 9, my older brother was killed in an automobile accident. I saw him that afternoon, and he waved to me from across a field. Then I never saw him again. I was already an astronomically inclined kid, and that event, the most significant of my entire life, propelled me even deeper to questions about existence and time. Through all the grief and the questioning, one thought about death has always stayed with me:

In other words, even though none of us existed 1,000 years ago, you don't find many people worrying about their nonexistence during the Dark Ages. Our not-being in the past doesn't worry us. So, why does our not-being in the future freak us out so much?

I am on record as being militantly agnostic about consciousness and death. I tend toward the "it's all over when it's over" camp, but that, for me, is more of a hunch than a scientific position. Still, no matter how the universe is constructed with regard to death and its aftermath, empirically I think we can conclude that dread in any form is an unnecessary response. When it comes to our impending nonexistence, all we need do is let the past be our guide.