Accessibility links
Mind Your Moods, Cat Owners : 13.7: Cosmos And Culture Barbara J. King says much is made of how attuned dogs are to humans — but new research shows that cats, too, check out our faces and voices closely when put in unfamiliar or worrisome situations. 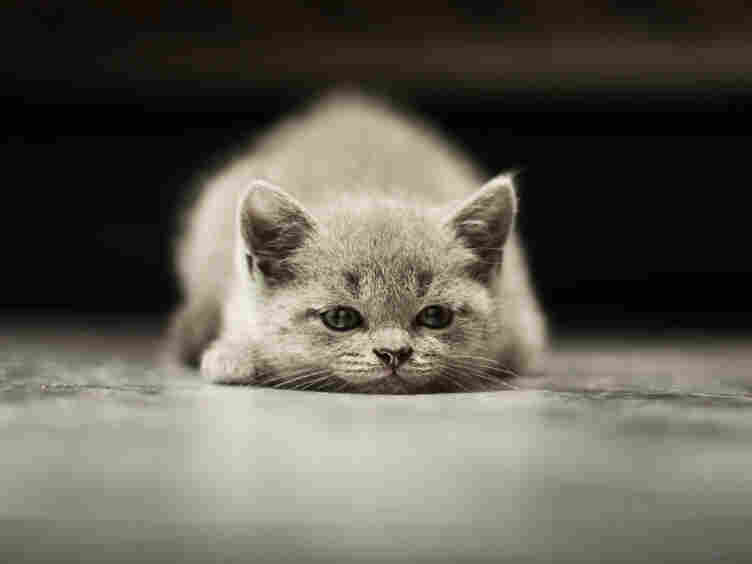 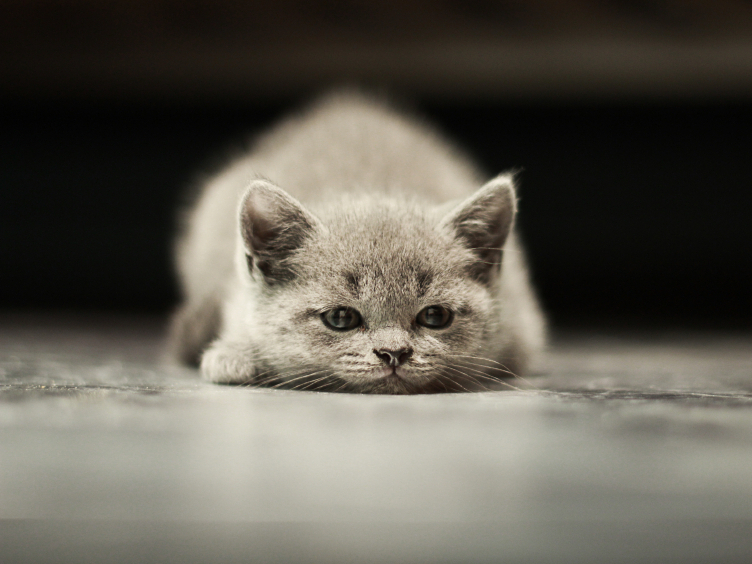 Babies "social reference" by checking out their parents' facial expressions and voice tones when they encounter a new or strange object or event in their environment — then base their own reactions on mom's or dad's. They look to their parents as they wonder: Is it OK to stay calm, or is it time to worry?

Animal behavior research shows that dogs do this, too. It's not surprising, given how closely dogs are attuned to us — as they have been for many millennia. New research posted this month on the website of the journal Animal Cognition shows that cats may participate in social referencing also.

It's another blow for the stereotype of the aloof feline, the cat who lives among us with a whiff of disdain for his or her cohabitation with mere humans. Even one of my favorite authors, Haruki Murakami, has just gone on record saying that cats are "egoistic" creatures.

It's a stereotype that I've challenged before — and this new study only goes to show that those of us who live with cats may be quite closely scrutinized for our responses and moods.

In the paper, "Social referencing and cat-human communication," author Isabella Merola and colleagues report what happened when 24 cats and their owners participated in an experiment at the University of Milan in Italy designed to match tests done by other researchers on dogs. The stimulus deployed was an electric fan with plastic green ribbons attached, set up in a room with a screen at one end that hid a video camera; the screen also acted as a barrier for the cats (though they could see behind it) and marked the only way out of the room.

"The aim," the authors state, "was to evaluate whether cats use the emotional information provided by their owners about a novel/unfamiliar object to guide their own behavior towards it."

Once the cats were allowed to explore the room, cat owners were asked first to regard the fan with neutral affect, then to respond either positively or negatively to it. In either case, the owner alternated gaze between the fan and the cat. In the positive group, owners used happy expressions and voice tones, and approached the fan; in the negative group, the expressions and voice tone were fearful, and the owners moved away from the fan.

More than three-quarters of the cats, 79 percent, looked between the owner and the fan when the owner was in the neutral phase at the start of the experiment. This percentage closely matched the results for dogs in a similar setup, and shows that cats, too, rely on us for emotional cues when faced with unfamiliarity.

Cats in the "negative owner" group were significantly more likely to alternate their gaze between the screen and the fan than cats in the positive group. "The screen was the only possible way out," the authors write, "and thus looking at the screen and then at the fan potentially suggests the cats were worried about the fan and wanted to get away from it." In addition, cats in the negative-owner group began moving earlier than their counterparts in the positive group, "potentially showing that they started looking for an escape route sooner."

Surrounded, as I am, by cats — our current census is five in the house, two in the yard and 11 in our large outdoor enclosure for former ferals — I was naturally intrigued by these findings. (None of my cats, by the way, would have qualified as participants for this study. To be selected, a cat had to be friendly with strangers; accustomed to traveling in a carrier at least twice a month; and savvy about changes in the environment, perhaps because he or she is used to holiday travel with human families. Either shy or homebound or both, my cats would have received a rejection slip.)

As I walk around my house and yard, are my cats intently watching and listening to me? A beribboned and startling fan won't magically appear in our midst, but how about when there's an unexpected thunder clap, loud knock at the door or barking dog bounding through the yard? Should I endeavor in these circumstances to be a role model for cat calm?

Earlier this week, I asked this question, by email, of the study's lead author, Isabella Merola, now at Lincoln University in England:

Should those of us who live with cats be more aware of the effect of our emotions (our voice tones, our facial expressions, our body postures) on our cats, do you think?

Of course we should (as a cat owner I include myself in this), in particular in a situation of uncertainty and in new situations (for example in new environments or in presence of new objects). Further studies are needed to better investigate this communication and the valence of voice vs. facial expression or body posture, but owners can surely help their cats with positive emotions in new situations.

There you have it, cat caretakers. (Here's a stereotype that is true: No way do we "own" our cats!) Social referencing, feline-style, may be important to our cats, at least cats of certain personalities. The mythically huge gap between cats and dogs just narrowed a little bit more.