Accessibility links
The Most Dangerous Ideas In Science : 13.7: Cosmos And Culture There's a battle going on over the methods we can use to get answers for the biggest cosmic questions humans can ask. Astrophysicist Adam Frank explains why it's a contest over the future of science.

The Most Dangerous Ideas In Science

The Most Dangerous Ideas In Science 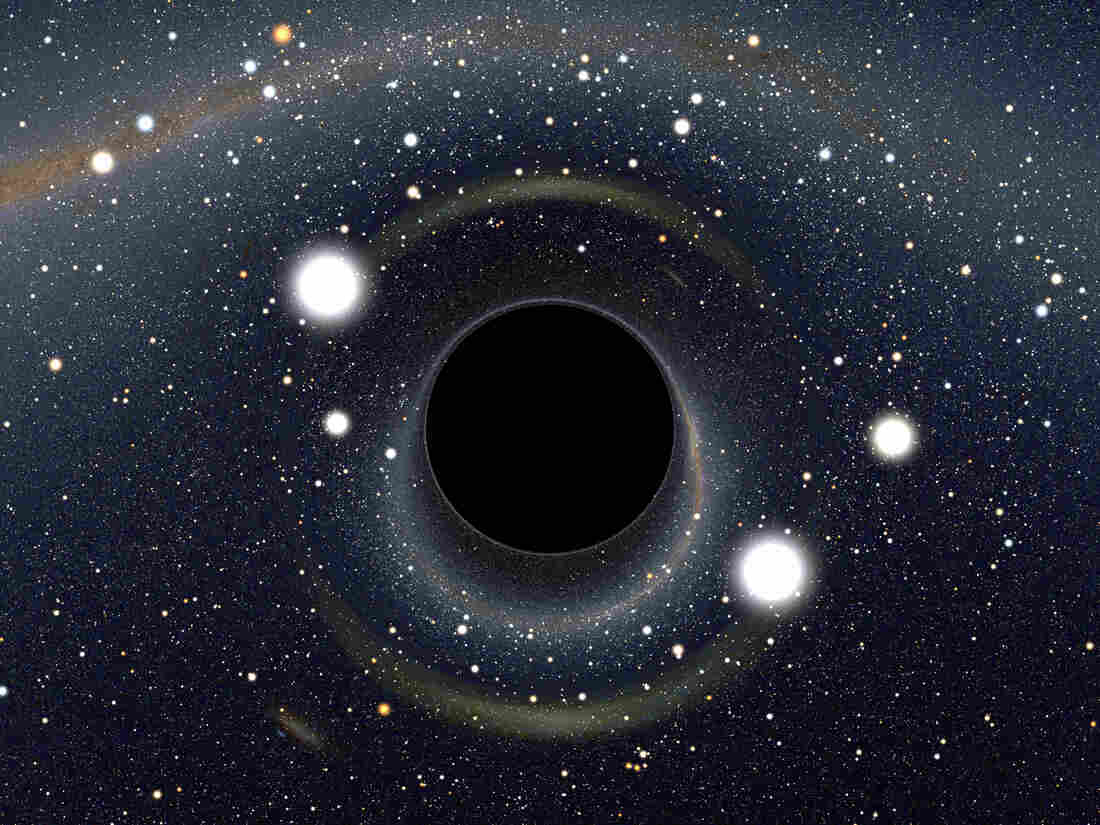 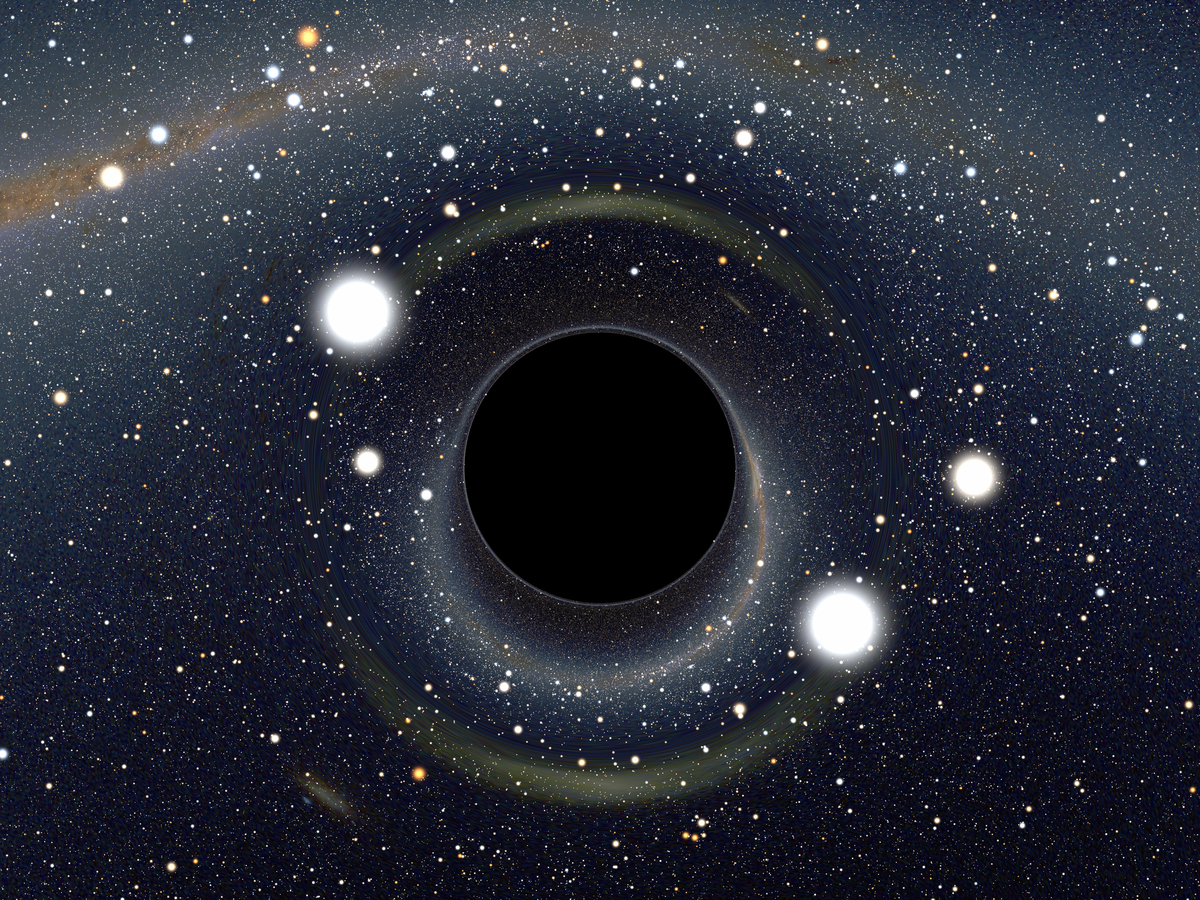 There's a battle going on at the edge of the universe, but it's getting fought right here on Earth. With roots stretching back as far as the ancient Greeks, in the eyes of champions on either side, this fight is a contest over nothing less than the future of science. It's a conflict over the biggest cosmic questions humans can ask and the methods we use — or can use — to get answers for those questions.

Cosmology is the study of the universe as a whole: its structure, its origins and its fate. Fundamental physics is the study of reality's bedrock entities and their interactions. With these job descriptions it's no surprise that cosmology and fundamental physics share a lot of territory. You can't understand how the universe evolves after the Big Bang (a cosmology question) without understanding how matter, energy, space and time interact (a fundamental physics question). Recently, however, something remarkable has been happening in both these fields that's raising hackles with some scientists. As physicists George Ellis and Joseph Silk recently put it in Nature:

"This year, debates in physics circles took a worrying turn. Faced with difficulties in applying fundamental theories to the observed Universe, some researchers called for a change in how theoretical physics is done. They began to argue — explicitly — that if a theory is sufficiently elegant and explanatory, it need not be tested experimentally, breaking with centuries of philosophical tradition of defining scientific knowledge as empirical."

The root of the problem rests with two ideas/theories now central for some workers in cosmology (even if they remain problematic for physicists as a whole). The first is string theory, which posits that the world is made up not of point particles but of tiny vibrating strings. String theory only works if the universe has many "extra" dimensions of space other than the three we experience. The second idea is the so-called multiverse which, in its most popular form, claims more than one distinct universe emerged from the Big Bang. Instead, adherents claim, there may be an almost infinite (if not truly infinite) number of parallel "pocket universes," each with their own version of physics.

Both string theory and the multiverse are big, bold reformulations of what we mean when we say the words "physical reality." That is reason enough for them to be contentious topics in scientific circles. But in the pursuit of these ideas, something else — something new — has emerged. Rather than focusing just on questions about the nature of the cosmos, the new developments raise critical questions about the basic rules of science when applied to something like the universe as a whole.

Here is the problem: Both string theory and the multiverse posit entities that may, in principle or in practice, be unobservable. Evidence for the extra dimensions needed to make string theory work is likely to require a particle accelerator of astronomical proportions. And the other pocket universes making up the multiverse may lie permanently over our "horizon," such that we will never get direct observations of their existence. It's this specific aspect of the theories that has scientists like Ellis and Silk so concerned. As they put it:

"These unprovable hypotheses are quite different from those that relate directly to the real world and that are testable through observations — such as the standard model of particle physics and the existence of dark matter and dark energy. As we see it, theoretical physics risks becoming a no-man's-land between mathematics, physics and philosophy that does not truly meet the requirements of any."

What they, and others, find particularly worrisome is the claim that our attempts to push back frontiers in cosmology and fundamental physics have taken us into a new domain where new rules of science are needed. Some call this domain "post-empirical" science. Recently, for example, the philosopher of physics Richard Dawid has argued that in spite of the fact that no evidence for string theory exists (even after three decades of intense study), it must still be considered the best candidate for a path forward. As Dawid puts it, such arguments include "no-one has found a good alternative to string theory. Another [reason to accept string theory is] one uses the observation that theories without alternatives tended to be viable in the past."

Sean Carroll, a highly respected and philosophically astute physicist, takes a different approach from Dawid. For Carroll, it is the concept of falsifiability, which was central to Karl Popper's famous philosophy of science, that is too limited for the playing fields we now find ourselves working on. As Carroll writes:

"Whether or not we can observe [extra dimensions or other universes] directly, the entities involved in these theories are either real or they are not. Refusing to contemplate their possible existence on the grounds of some a priori principle, even though they might play a crucial role in how the world works, is as non-scientific as it gets."

Thus, for Carroll, even if a theory predicts entities that can't be directly observed, if there are indirect consequences of their existence we can confirm, then those theories (and those entities) must be included in our considerations.

Other scientists, however, are not convinced. High-energy physicist Sabine Hossenfelder called Dawid's kind of post-empirical science an "oxymoron." More importantly, for scientists like Paul Steinhardt and collaborators, the new ideas are becoming "post-modern." They use the term in the sense that without more definitive connections to data, the ideas will not be abandoned because a community exists that continues to support them.

This is the possibility that troubles Ellis and Silk most of all:

"In our view, the issue boils down to clarifying one question: What potential observational or experimental evidence is there that would persuade you that the theory is wrong and lead you to abandoning it? If there is none, it is not a scientific theory."

String theory and the multiverse are exciting ideas in and of themselves. If either one were true, it would have revolutionary consequences for our understanding of the cosmos. But, as debates about post-empirical science and falsifiability demonstrate, critics of these untested theories fear they may be leading the field down a difficult — and ultimately damaging — path. That's why, one way or another, they may be science's most dangerous ideas.