Accessibility links
Lessons From The Beginning Of Time : 13.7: Cosmos And Culture The fact that science opens a window for us to peer into our deep past should be a cause for celebration, irrespective of what we find when we are able to look, says astrophysicist Marcelo Gleiser.

Lessons From The Beginning Of Time

Lessons From The Beginning Of Time 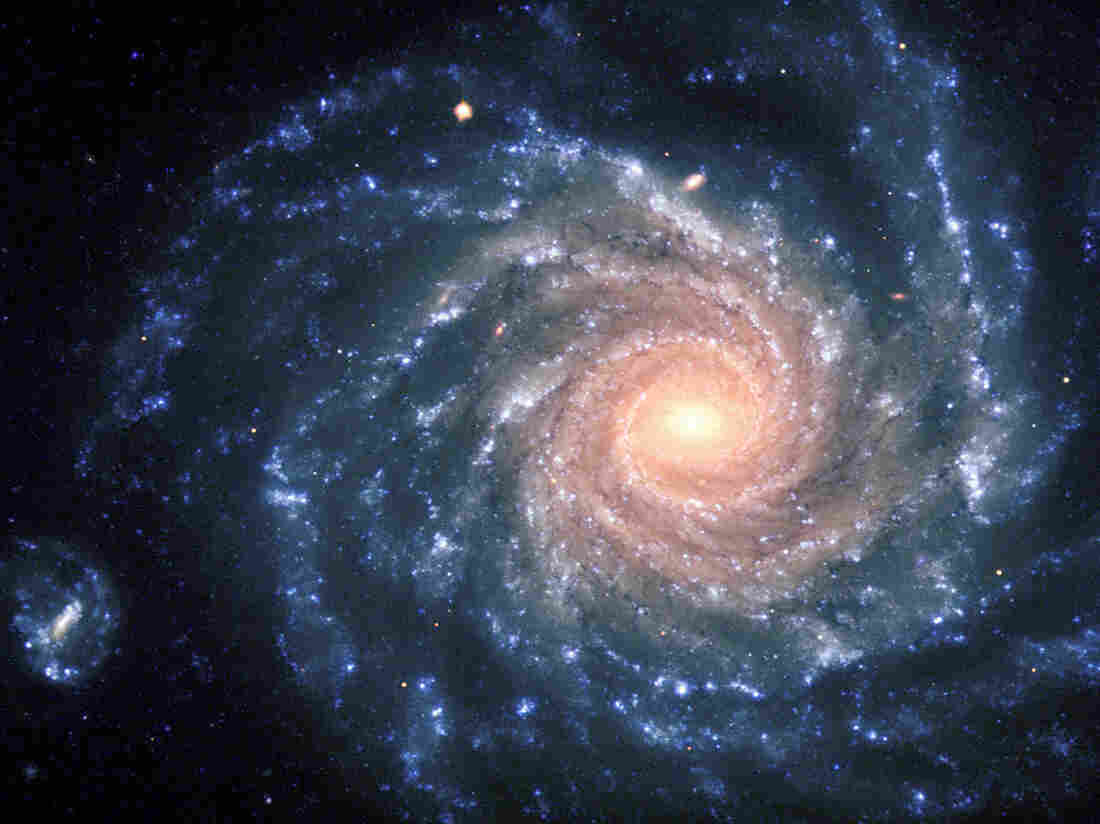 An image of the large spiral galaxy NGC 1232, located about 100 million light-years away in the constellation Eridanus (The River). The central areas contain older stars of reddish color, while the spiral arms are populated by young, blue stars and many star-forming regions. ESO hide caption 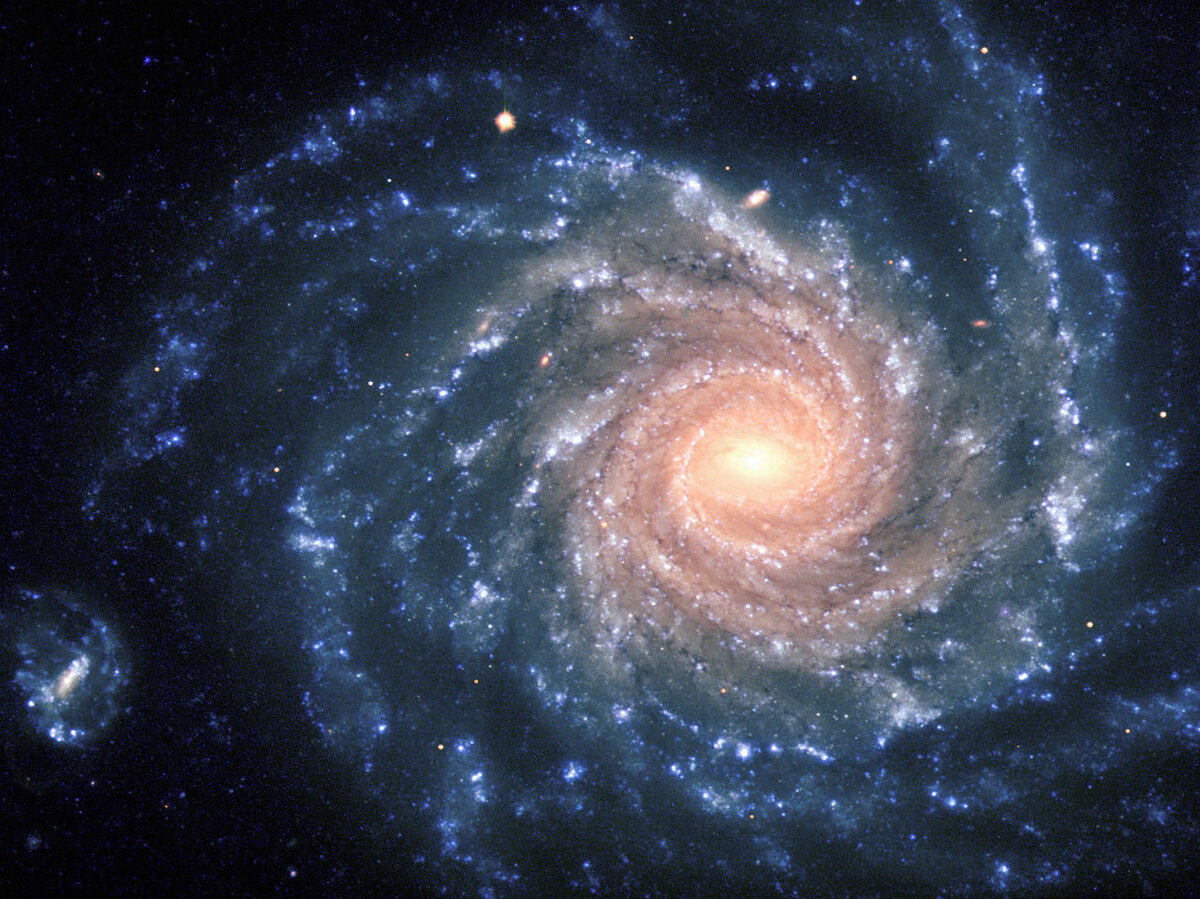 An image of the large spiral galaxy NGC 1232, located about 100 million light-years away in the constellation Eridanus (The River). The central areas contain older stars of reddish color, while the spiral arms are populated by young, blue stars and many star-forming regions.

The news came out last week that, after a painstaking data analysis involving two teams of scientists, the much-hyped detection of gravitational waves from the Big Bang — announced almost a year ago — was indeed a false alarm: The spiral-shaped distortions in the very fabric of space were mostly caused by a much less dramatic culprit, interstellar dust grains. Close but no cigar, at least not for a while.

It is, of course, disappointing that the signal was not what we had hoped. How amazing would it be if we, living on this tiny speck of a planet on the edge of a galaxy among hundreds of billions of others, could not just come up with such ideas about the cosmic infancy but actually vindicate them through complex experiments and data gathering?

But before we get in a funk, we should take note of what we do know about the early universe, which is nothing short of spectacular. We know that the universe is about 13.8 billion years old (a number that, updated from 13.7, has given us pause about the name of this very blog). We know its composition, or at least the relative contribution of the ingredients — if not the ingredients themselves (dark matter and dark energy remain a mystery). We have a firm grasp of the cosmic history from 400,000 years after the Big Bang to now — and we can even push it earlier, to a minute or so after the event, when the first atomic nuclei were synthesized. We also understand how galaxies form and how they are distributed across space, even if we still don't know where the seeds that leapfrogged their emergence came from.

That's where the gravitational waves from the Big Bang would help, giving us clues about the processes that jump-started the cosmic history way back when. Those waves would have clues about the seeds that worked as galaxy incubators much later.

We've discussed in 13.7 on several previous occasions (see here, here and here) the good and bad of the press release that went out in March 2014 announcing the "discovery" of the gravitational waves from the Big Bang. While some scientists fully supported the decision of the BICEP2 team to release the news before their results were peer-reviewed, others, including me and my 13.7 co-blogger Adam Frank, felt that the decision was premature. Those who supported the decision argued that given the nature of the results — their explosive potential — the more people that knew about them the better. They argued that the scientific process would still work in the end — that is, that more analysis and new studies would either vindicate or reject the results, as indeed was the case. Critics argued that in times when science is being criticized and its credibility tested, more care should be taken with grand claims that could be shot down. It's fair to say that we all learned from the process; in the end, the scientific process remains intact. We have learned something about the early universe and, more importantly, that there is much more to learn.

Indeed, several experiments will collect data within the next few years to clarify the situation in great detail. We should expect to know fairly soon if there is a gravitational wave signal from the Big Bang, a ringing in the structure of space itself from an ultrafast expansion that lasted for fractions of a second, as if the cosmos was in a hurry to grow up. Whatever the verdict, waves or no waves, the news will be key to our understanding of the early universe.

We share with our ancestors the urge to understand our origins, to unveil the mystery of creation. The fact that science opens a window for us to peer into our deep past should be a cause for celebration, irrespective of what we find when we are finally able to look.

Marcelo Gleiser is a theoretical physicist and cosmologist — and professor of natural philosophy, physics and astronomy at Dartmouth College. He is the co-founder of 13.7, a prolific author of papers and essays, and active promoter of science to the general public. His latest book is The Island of Knowledge: The Limits of Science and the Search for Meaning. You can keep up with Marcelo on Facebook and Twitter: @mgleiser