Accessibility links
Should We Be Afraid Of Aliens? : 13.7: Cosmos And Culture The notion that other intelligences exist in the universe is pervasive in popular culture: Aliens are often portrayed as evil invaders. Astrophysicist Marcelo Gleiser ponders whether we should worry. 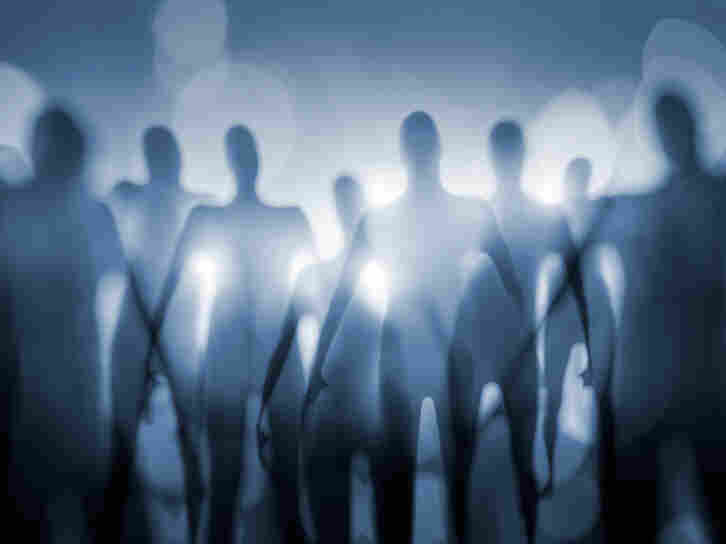 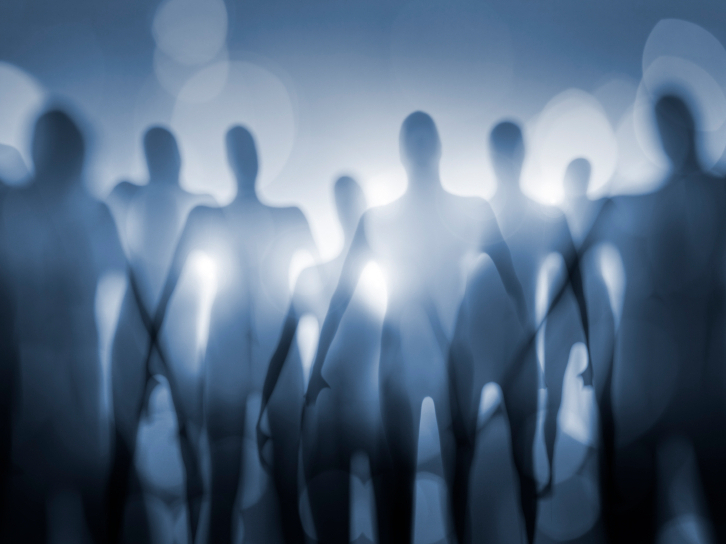 In the long list of modern fears, bloodthirsty aliens may not rank near the top. We have more immediate worries, from terrorism and bioengineered (or not) global epidemics to nuclear holocaust and natural disasters.

However, the notion that other intelligences exist out there in the universe is pervasive in popular culture. Mirrors to our own history, in particular colonial exploitations, aliens are often portrayed as evil invaders bent on coming here to wreak havoc.

How realistic are these scenarios, given what we know now about astronomy and the possibility of life in other worlds?

Stephen Hawking, among others, has suggested that we should be very careful with aggressive aliens — that, in fact, we should be as stealthy as possible, lest we reveal our presence and location to predatory ETs in our cosmic neighborhood.

There are three parts to this. The first concerns the existence of other worlds with habitable conditions — that is, that can harbor life as we know it. Thanks to the efforts of the many planet hunters out there, in particular the remarkable results from NASA's Kepler mission, we now know that most stars have planets surrounding them. Thousands of these planets have been identified, and, among these, several have properties similar to Earth: rocky and within the habitable zone of their main star. Although the majority of these orbit small and cooler M dwarf stars, where conditions for life may be very harsh indeed, the fact is that we should expect a few Earth-like worlds within a distance of about 1,000 light years or so.

Whether any of these potentially habitable worlds are, in fact, able to harbor life, is another story. In the next few decades, with combined efforts from the James Webb Space Telescope and the Transiting Exoplanet Survey Satellite (TESS) mission, as well as missions from the European Space Agency, we should know better how rare such Earth-like planets are and, with luck, have a rough idea of their atmospheric composition. We should be able to know if their atmospheres have some of the right ingredients for harboring life. (There are, however, several potential shortcomings with these missions. For a very nice review of the situation, see Lee Billings' recent article for Scientific American.)

But let's be generous and grant that there are other Earth-like planets out there with the right conditions for life. We then hit the second part of the issue: the existence of life and, more to the point, of complex life forms in one or more of these worlds. Life emerged and took root fairly quickly here on Earth, only some 400 millions years after conditions settled at about 3.5 billion years ago. It may have emerged earlier; we still don't know. This is good news for life elsewhere: If it emerged quickly here, it can't be that hard. But, in fact, we don't really know how hard it is for life to emerge.

At face value, the transition from nonlife to life seems incredibly complex. But even if it's fairly easy, what happens next is crucial: To go from simple life, consisting of unicellular organisms, to complex life requires a series of extremely unlikely events. And the unlikeliness is not only related to tough biological mutations and metabolic pathways that have to be cleared up, but to the marriage of life to the planet as a whole. We can't understand the history of life in a planet without understanding the history of the planet; the two go hand in hand. This means that for life to emerge in a planet is different from for life to evolve in that planet in a path toward increasing complexity. There is nothing in evolution that tells us that once life emerges it will become increasingly more complex. What evolution does tell us is that life is in a constant struggle for adaptation, Darwin's theory of natural selection. That accidental mutations lead to better-adapted life forms does not imply that these life forms will steadily become more complex. In other words, finding life in another planet is a far cry from finding complex, multicellular life forms, much less intelligent life forms. True, intelligence grants a huge benefit toward adaptation (selective advantage), as we see here. But it is not a necessary condition for adaptation. Just think that of the 3.5 billion years that life has existed on Earth, we've only been here for about 200,000 years.

But, again, let's be generous and grant that intelligent life forms do exist in one or more worlds within a few thousand light years from us. Should we fear them? This is the third part of the issue. We have absolutely no idea what kind of minds such intelligences would have — and of what technological stage they'd have reached. What we do know is that they haven't been here yet. Or, if they have, they left without leaving any clues. (Unless, of course, we are their creations, a topic for another blog.)

There are four conditions that need to be satisfied for us to start fearing our distant alien neighbors. The aliens must: 1. Have developed technologies that allow them to travel or send targeted probes across interstellar distances; 2. Have spotted us as a desirable destination; 3. Have intent to explore space around them (they may not share the same kind of wanderlust); 4. Have evil intents.

The search for extraterrestrial intelligence is a must. We will only find it if we look. However, given the arguments above, we should be very confident that, even if they do exist — and that's a huge if — they are very remote. From what we know now of space travel and all its difficulties — fuel, speed, radiation shielding — had the aliens the technologies to overcome all this, they would probably also have technologies that would have spotted us a long time ago, for example, by analyzing our atmospheric composition or, if closer than around 50 light years, by detecting our radio and TV broadcastings.

We are safe, at least from this kind of menace. Best we concentrate on other, more pressing ones.