Accessibility links
Do Fairies Live In The Multiverse? : 13.7: Cosmos And Culture Little, fabulous, flying entities capable of magical deeds that defy what we think reasonable in this world may exist, but we couldn't confirm this directly, says astrophysicist Marcelo Gleiser.

Do Fairies Live In The Multiverse?

Do Fairies Live In The Multiverse? 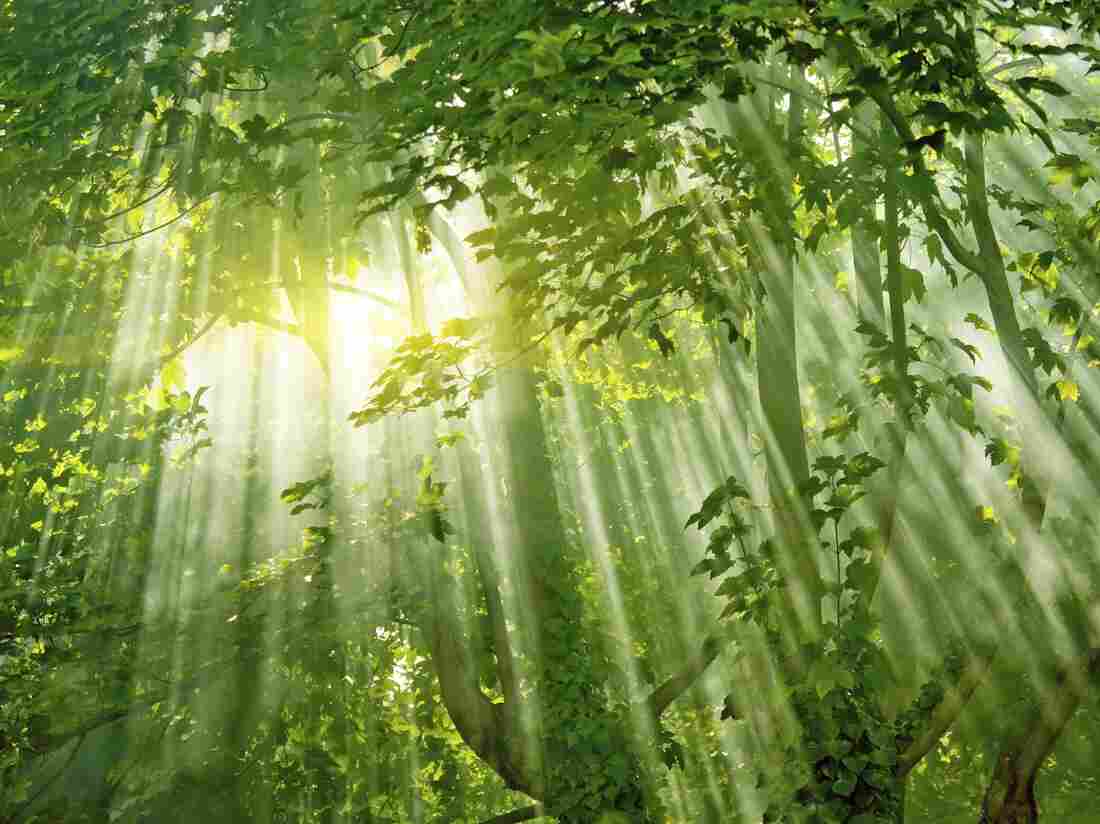 When I became a physicist, my dream was simple, even if ambitious: I wanted to understand nature, to build theories that would make predictions that would eventually be verified by experiments. I would then be like those heroes of physical science — Isaac Newton, Albert Einstein, Antoine Lavoisier, Niels Henrik, David Bohr — people who built narratives that pried open some of nature's secrets; people who were able to see the essence of physical reality beyond most of us.

After many years as a physicist, the ambition has been checked down, of course. Most modern scientists give smaller contributions to knowledge than these giants. Science has changed a lot since the early 20th century, moved away from the lone seeker of truth to a collective effort, sometimes combining the efforts of thousands of people in the development of theories and of experiments designed to test them.

However, the essential nature of the scientific enterprise has remained the same: Hypotheses must be checked by experiments. Ideally, these experiments should be repeatable so that more than one group obtains the same results, although in practice this may be complicated due to implementation and cost challenges. What appears to be a very eccentric idea may well be verified; likewise, what may be perfectly reasonable may be ruled out.

Traditionally, the project was quite simple: Theories make predictions and experiments may or may not verify them. For example, Einstein's theory of general relativity predicted that light from a star should deviate from a straight path when passing close to the sun. This effect — which works for any concentration of mass, being more pronounced for larger masses — was confirmed by a series of observations a few years after Einstein proposed it.

Could another theory have predicted the same effect? Yes. Different theories can predict the same observational effect. In that case, how do scientists decide which theory is correct? We don't. There is no such thing as a "correct" theory; there are theories that do a better job at describing a larger number of phenomena with a smaller number of hypotheses. These are the "good" or even "beautiful" theories. Like a pizza-eating contest, the one that eats the most (explains the larger number of observations/phenomena) wins.

This means that every theory must be held as provisional, lest a new phenomenon emerge that it can't describe. That happening, the theory must be enlarged to encompass the new, or else be altogether modified. It is this tradeoff between the old and the new that drives science forward. When that's taken out by theories that can't be tested, science stagnates — it moves in circles, blind to what's out there.

I am going to stay away from the word "falsified," since I don't think we need it to clarify things. But just for bookkeeping, philosopher Karl Popper proposed that all scientific theories should be falsifiable, that is, able to make predictions that can be proven to be false. Popper was interested in the differentiation between science and metaphysics — what he called the "demarcation problem." He asked: "What distinguishes the empirical sciences from the non-empirical sciences and from extra-scientific domains?" Popper clearly deemed physics as the epitome of an empirical science.

This brings me to the possible existence of fairies in the multiverse. As a reminder, the multiverse, a popular concept in modern theoretical physics, is an extension of the usual idea of the universe to encompass many possible variations. Under this view, our universe, the sum total of what's within our "cosmic horizon" of 46 billion light years, would be one among many others. In many theories, different universes could have radically different properties, for example, electrons and protons with different masses and charges, or no electrons at all.

As in Jorge Luis Borges' Library of Babel, which collected all possible books, the multiverse represents all that could be real if we tweaked the alphabet of nature, combining it in as many combinations as possible.

If by fairies we mean little, fabulous entities capable of flight and of magical deeds that defy what we consider reasonable in this world, then, yes, by all means, there could be fairies somewhere in the multiverse.

Unfortunately, we wouldn't be able to see them or even confirm their existence by indirect means.

Other universes, being outside our cosmic horizon, cannot be observable. At least not within physics as we know it, controlled by the speed of light.

This fact has created much controversy in academic circles. What defines a physical theory? Up to a few decades ago, it was simple: If you have a hypothesis, it needs to be testable. Eventually, it is either confirmed or discarded. If confirmed, it is held as provisionally correct. If your theory makes non-testable hypotheses, it's not a theory.

What should physicists do when well-meaning theories seem to escape the realm of the testable?

Cosmologist Sean Carroll, a colleague of many years, believes we should rethink the whole process. In an essay published for the blog edge.org, and now out in a book of collected essays edited by John Brockman titled This Idea Must Die: Scientific Theories That Are Blocking Progress (mine deals with the issue of unification), Carroll argues that the interaction between theory and experiment is more subtle than what Popper's criterion can handle:

"We can't (as far as we know) observe other parts of the multiverse directly. But their existence has a dramatic effect on how we account for the data in the part of the multiverse we do observe. It's in that sense that the success or failure of the idea is ultimately empirical: its virtue is not that it's a neat idea or fulfills some nebulous principle of reasoning, it's that it helps us account for the data. Even if we will never visit those other universes."

Here is the rub: Should a theory be deemed successful if "it helps us account for the data" even if we can't ever verify its fundamental premise (in this case, the existence of the multiverse)? Can such a theory be called "empirical?" I would say it can't. Surely, such theory is helpful as a placeholder, as something to hold on to and use as a test-bed for ideas. Countless papers are being written on the multiverse and its potential properties — and that's a good thing. The last thing we want is to censor a scientist's creative freedom. But a theory that presumes the existence of physical entities whose reality cannot be verified to a certain degree cannot be called a physical theory.

Why "to a certain degree?" Because we routinely confirm the reality of entities we don't have direct contact with, such as electrons or photons. We don't see electrons, but interpret their existence from the blips and tracks in particle detectors. Unfortunately, we can't do this with parallel universes or with extra space dimensions. For these theories, even in the best possible case, evidence is always indirect. All we can hope for is consistency: Epicycles explained the data very well — in this case, planetary orbits — even if they had nothing to do with physical reality.

Quantum mechanics, the theory that describes electrons, explains the data beautifully and, for this reason, is very successful — even if we still aren't sure about how to interpret it. The key difference, however, is that quantum mechanics deals with entities that have testable properties, while the multiverse doesn't. We can't do experiments with parallel universes to verify if indeed they have the range of properties the theory predicts.

Physicists George Ellis and Joseph Silk published a comment in Nature about the whole issue, condemning proposals to change the way science is done as dangerous, especially in a time when science's credibility is under attack — a theme we have visited here at 13.7 a few times. (See the cover of the last National Geographic, for example.) I was considering that this could be a generational issue, when I realized that I agree with them despite being closer to Carroll in age. We do need to protect the integrity of science. Speculations are part of the scientific process but should not be promoted to real theories. Declaring the multiverse a reality, apart from being scientifically inconsistent, will surely do more harm than good.

If my kids ask me if fairies exist, at least now I have an answer: Not in our universe, honey, but who knows what's out there in the multiverse?