Accessibility links
Why We Need Ruth Bader Ginger Ice Cream : 13.7: Cosmos And Culture Women are underrepresented in ways we notice — and ways we don't. Commentator Tania Lombrozo considers the psychology behind our perceptions of gender parity. 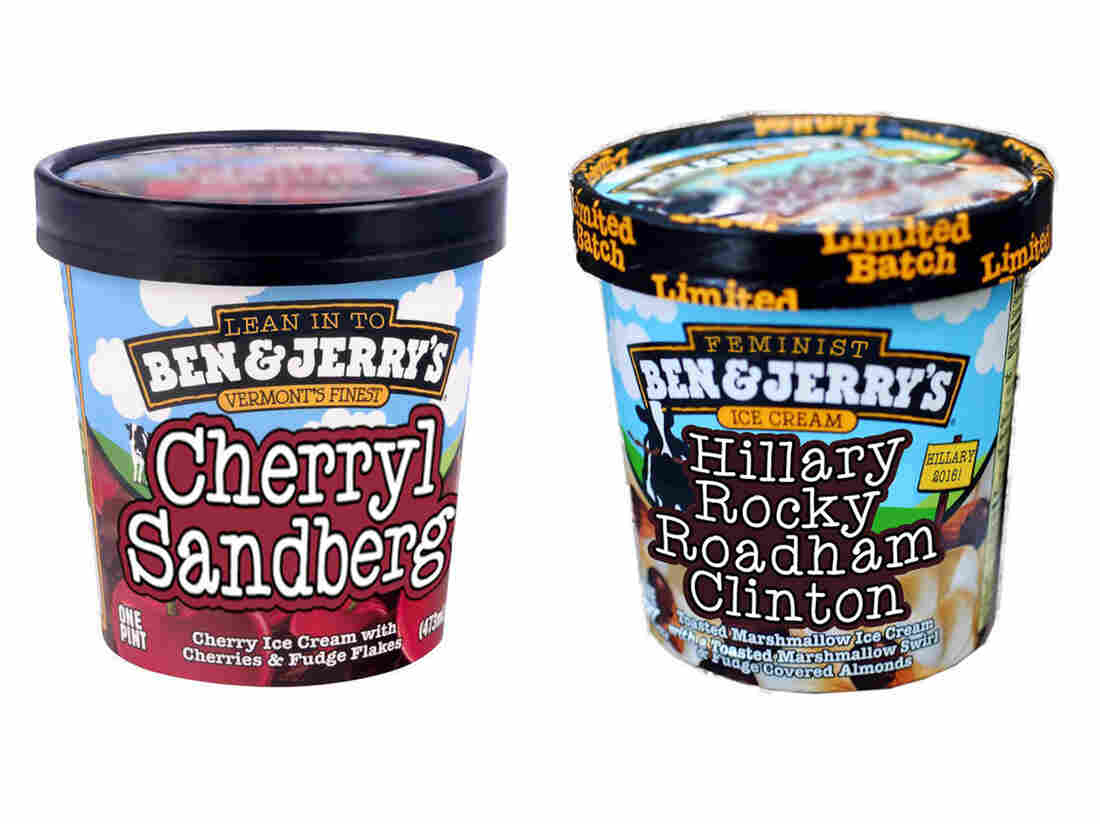 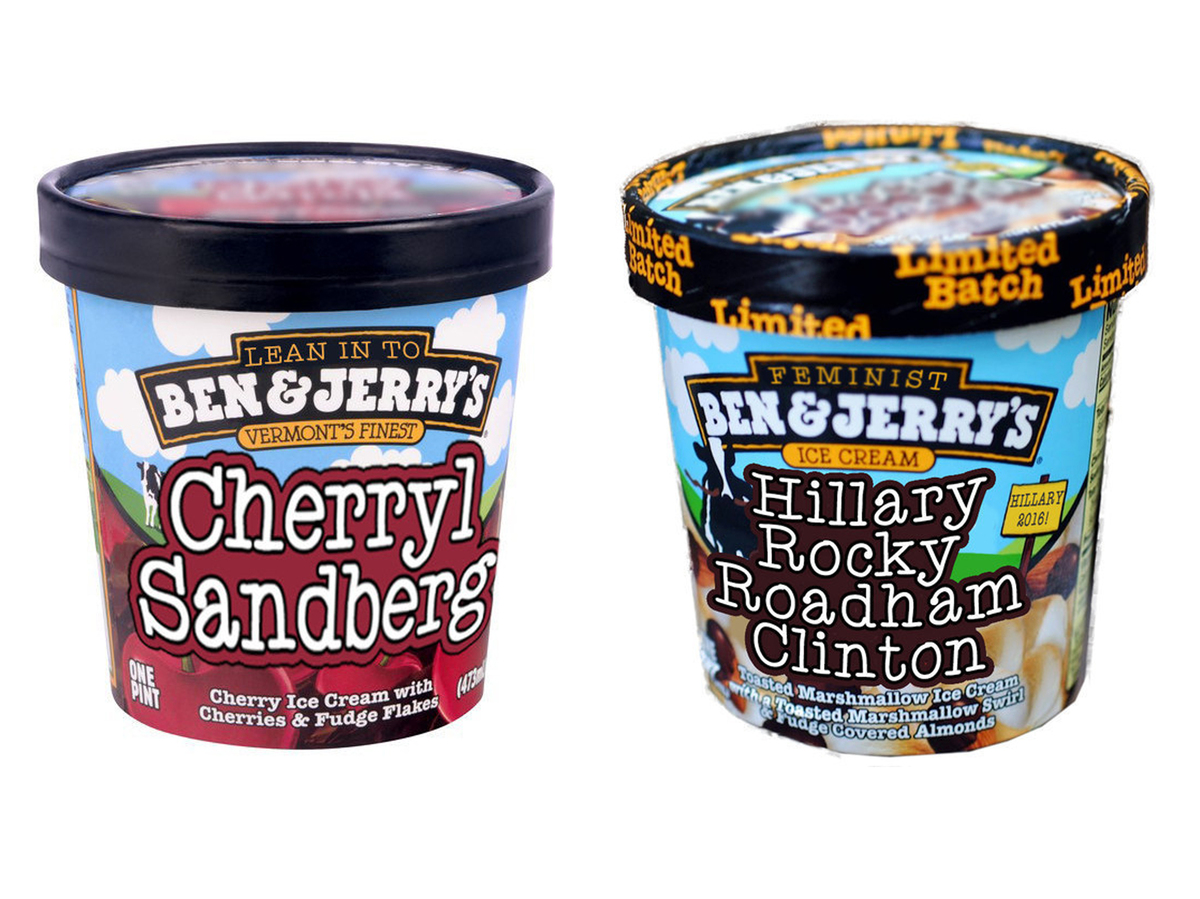 By McCall's count, only two of Ben & Jerry's more than 20 person-named flavors over the past three decades have featured women: "Liz Lemon's Greek Frozen Yogurt" and "Hannah Teter's Maple Blondie."

Of course, ice cream flavor names aren't exactly political mandates or awards for lifetime achievement. As McCall acknowledges, flavor-name parity won't close the gender pay gap or elect more women to office. But calling attention to gender disparities of this kind is valuable precisely because such disparities so easily go unnoticed. A string of female flavors would seem anomalous (Ruth Bader Ginger, Coco-nut Chanel, Angelina Jolie Rancher, Jane Austen Cream Pie...), yet in many domains, it takes a stunt like McCall's for most of us to notice a trend of female absence.

What's notable about these patterns of underrepresentation isn't just that they exist, but that they don't immediately and obviously strike us — the consumers — as unrealistic and undesirable. Most of us don't walk out of Ben & Jerry's disturbed by the disparity in flavor names, or leave mainstream movies wondering why so few women were capable of speech. We need writers like McCall and organizations like the Center for the Study of Women in Television and Film to run the numbers precisely because some forms of under- (and over-) representation stay under the radar — they strike is as "normal" when they really should raise alarms.

How can this be?

In fact, we know from independent research that a contribution from a woman can be perceived as excessive, while a comparable contribution from a man might be perceived as just right. For example, a set of studies I wrote about in 2013 found that both men and women judged hypothetical female CEOs more harshly for voicing opinions often than for tending to withhold their views, with the opposite pattern for male CEOs: They were judged more harshly for holding back than for voicing their opinions often. The expectations that generate these diverging judgments can be subtle and implicit — they're no indication of explicitly sexist views, and they're likely to operate without people's conscious awareness.

So, there seem to be two forces at work in people's perceptions of women's relative share of speaking: the reality people actually encounter (which is roughly comparable amounts of speaking) and people's expectations about how much women should speak relative to men. If people focus on episodes that violate their expectations that women should be reticent (or that men should hold forth), their perceptions of gender parity will be systematically skewed.

When it comes to ice cream names or movie roles, the story is much the same: People aren't just doing the math. They're more likely keeping track of deviations from their expectations as they choose their flavors and watch their films. If they aren't surprised to see men honored or lampooned by Ben & Jerry's (Cherry Garcia! The Tonight Dough!), or to encounter men in film with the power of speech or the power to lead, they're unlikely to make much of an overabundance of males. As a result, many people won't notice the relative absence of women. 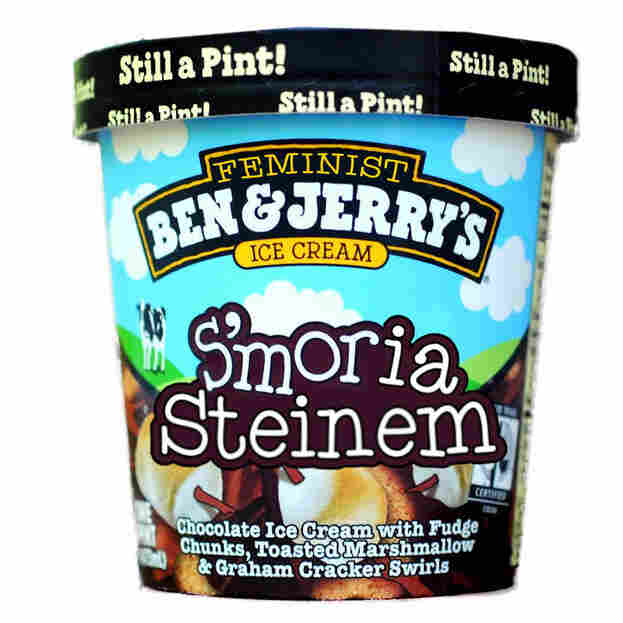 In each case, my respondents provided estimates below 50 percent (significantly so for flavor names and major character roles), suggesting that they were at least somewhat sensitive to the reality. But they, nonetheless, overestimated women's actual representation by a statistically significant amount in each case, suggesting that their perceptions were also a function of something more. If I'm right, it could be that encountering men in these roles feels normal, non-deviant, or natural in some way — not an experience worth logging in our mental tally. And that this feeling is different when we encounter women. If so, that ought to change, and feminist ice cream flavors are among the more palatable ways to get started.

And that's why we need Ruth Bader Ginger ice cream.