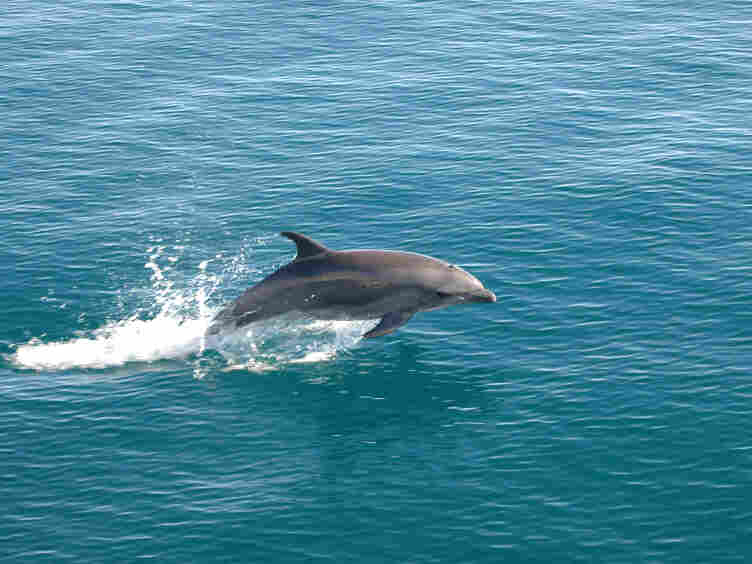 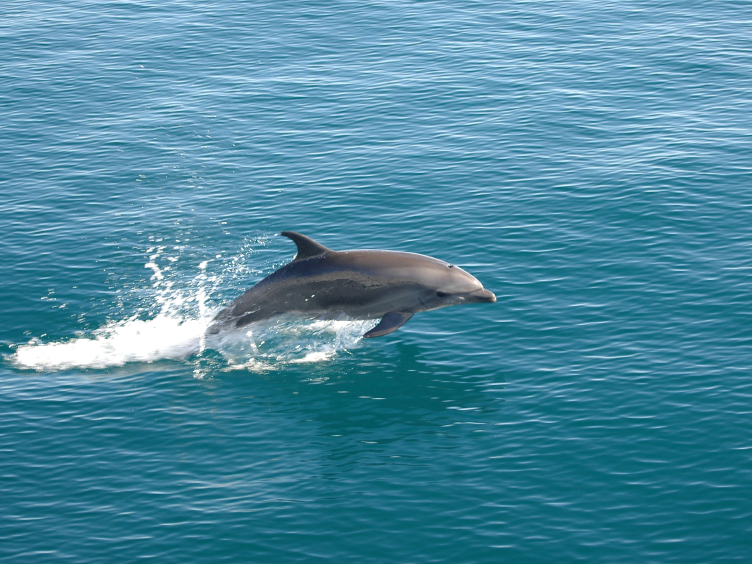 "Outside of humans, the most complex alliances known are found in a population of bottlenose dolphins, Tursiops cf. aduncus, in Shark Bay, Western Australia."

This arresting sentence adorns the first paragraph of a paper — titled "Male dolphin alliances in Shark Bay: changing perspectives in a 30-year study" — published this week in the journal Animal Behaviour. The paper, written by Richard C. Connor and Michael Krutzen, explains that male dolphins form cognitively complex alliances with each other that may last as long as 20 years.

These alliances involve strategic cooperation of many males at once and may shed light on evolutionary factors that led to the development of large brains in different mammalian lineages — including our own.

Let's start with some basics. Shark Bay is a World Heritage area tucked into the far western coast of Australia. Dolphins there have slow life histories: Females don't give birth until around age 12, and maximum life span for both sexes reaches into the 40s. Both sexes tend to stay in their natal ranges, which is unusual for mammals because typically one sex disperses at puberty.

Repeatedly, Shark Bay scientists, including Eric Patterson and Janet Mann, have published extremely cool findings about the dolphins' behavior. Patterson and Mann found that females in the population use marine sponges to locate and extract prey from the seafloor — and that they pass this technological know-know along to their offspring.

Connor and Krutzen — who have formed a new organization called The Dolphin Alliance Project — focus on the males, because only the males carry out alliances. They write that in 1987, early in their long-term studies:

"We discovered that males in pairs and trios cooperate to sequester and control the movement of ('herd') single oestrous females for periods lasting from less than 1 hour to several weeks."

In that same year, they observed cooperation among two pairs or trios of males, who together attacked competing alliances and stole away the females these rivals were herding. Conner and Krutzen term the pairs and trios "first-order alliances" and the larger cooperative associations of combined pairs and trios as "second-order alliances."

At this point, two conclusions seem clear. Female dolphins may have a rough time of it. Unlike some great apes, including bonobos and, to a lesser extent, chimpanzees, they don't create female-female alliances to deflect the males who gang up on them. And, the male alliances themselves are evidently complicated in nature because the males have to track not only what the female is doing, and what their immediate alliance partners are doing, but also what other pairs and trios in the water may be doing.

Talk about a great deal to keep track of! That's a dolphin brain working overtime. And WC alliance males weren't necessarily relatives, either: These males were getting to know, and strategizing with — and about — non-kin.

Connor and Krutzen go on to describe more recent data from Shark Bay: In the 2000s, they figured out that there's not really a dichotomy of alliance types (trios and pairs versus superalliances) but more of a continuum, with a range of sizes and variation in alliance stability that isn't strongly related to alliance size.

As I interpret the Shark Bay findings, what we're dealing with here are dolphins who demonstrate cognitive plasticity: They're taking into account fast-shifting social dynamics, moment by moment, when there aren't so much rules in place as contingencies that bear upon what's the best decision to make at any given time. And the idea is that cognitive plasticity of this type may have come about in the first place, in large part, because of selection pressures related to the dolphins' complicated social life.

I like very much that Connor and Krutzen conclude their article by broadening their scope beyond dolphins to consider convergent evolution of mammalian brains more generally. The dolphin taxonomic family exhibits the largest relative brain sizes among all cetaceans (a group that includes whales), and the largest overall — except for our own species. The researchers conclude:

"The apparent convergence between humans and dolphins in the evolution of nested alliance relationships leads to the consideration of selective environments for large brain evolution. Such a discussion must also include the independent large brain evolution of elephants and sperm whales, which have evolved remarkably convergent life history and social systems. It is extraordinary that mammals as divergent as humans, dolphins, and elephants have converged in the evolution of extreme brain size. The key may be the combination of an ability to supply the energy required for a large brain with social relationships that demand cognitively challenging social skills: group members are reproductive competitors but also depend on each other for survival during long-term care of unusually vulnerable offspring in dangerous habitat."

These dolphins, then, tell us about dolphin intelligence in the Shark Bay ecosystem — but also give clues from the realm of cooperative social dynamics as to why our own lineage evolved such comparatively (for a primate) outsize brains. That's a big payback from investment in long-term animal research.