Can The Earth Be Conscious?

Can The Earth Be Conscious? 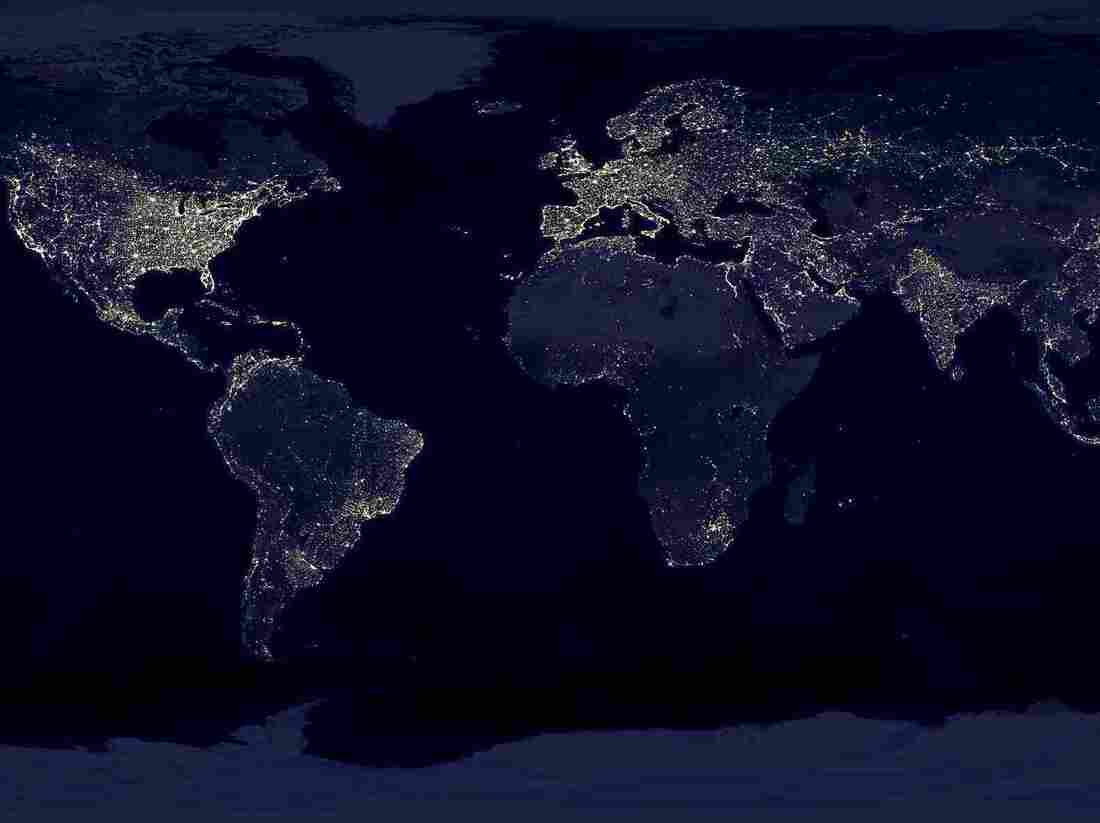 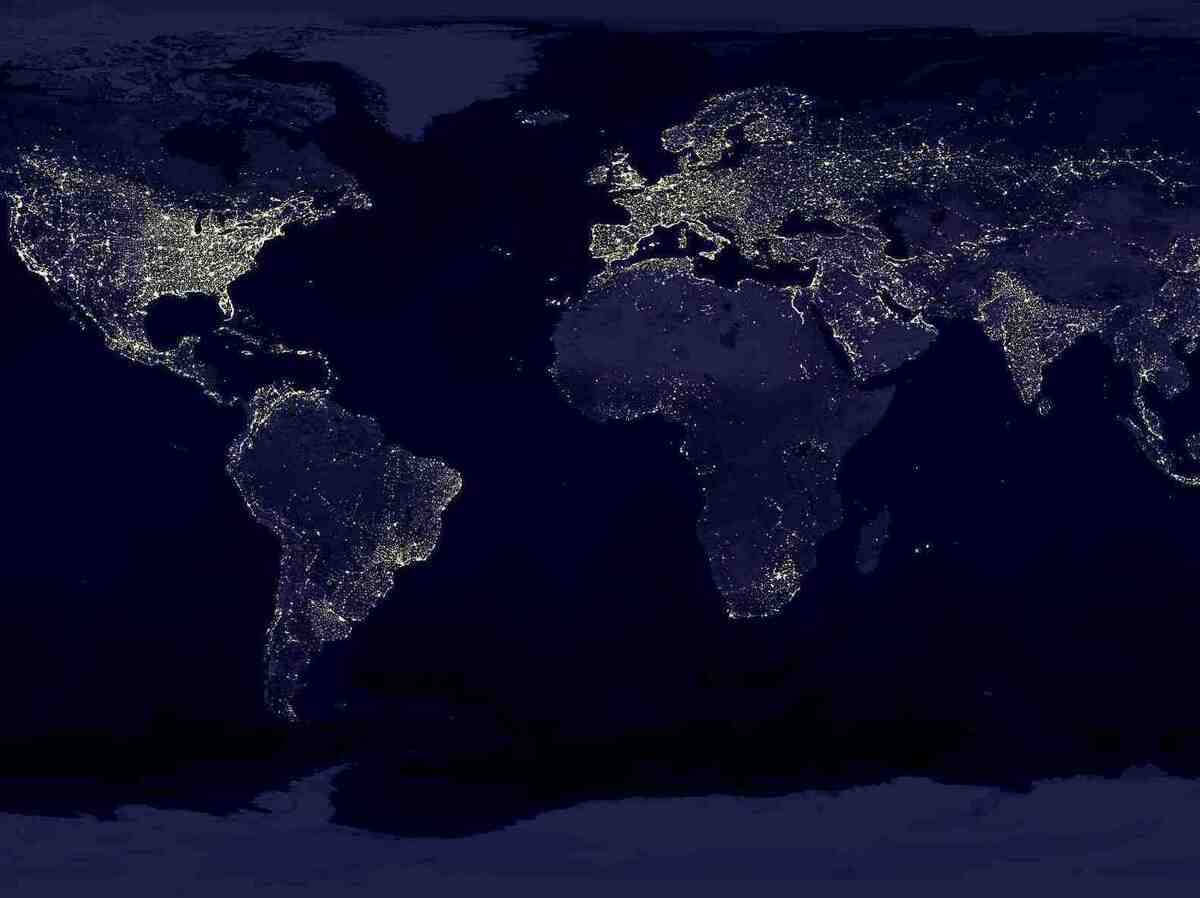 Right now, at this very moment, you are submerged in an invisible sea of information. Thoughts, ideas, ambitions and instructions — they are whispering past and through you on waves of modulated electromagnetic energy. From wireless Internet to satellite TV, you are bathed in an endless stream of purposeful, intentional signal.

And, it's not just you. From the Earth's surface out to geosynchronous orbit (22,000 miles overhead), the whole planet glows with information made manifest in light (actual light, as in radio waves, microwaves, etc.). But does all that thought mean the Earth is thinking? Does that mean it's awake?

Maybe it's time to consider the Noosphere.

The term Noosphere (pronounced a bit like "noah-sphere") was first coined by the Jesuit priest/paleontologist Pierre Tielhard de Chardin. A fascinating blend of contradictions, de Chardin lived as a respected scientist on the one hand, and a passionate mystic on the other. Having seen the horrors of World War I up close, he was sure that the natural processes of evolution (which he was committed to) were leading humanity toward a kind of higher and more perfect unity.

As a paleontologist, de Chardin looked across Earth's history and saw the critical transition Earth made billions of years ago from a dead planet to a world dominated by life (the "biosphere"). As a mystic, he believed the next step was going to take us from a "mindless" biosphere to a world ruled by intention — by "mind." Evolution, he claimed, was taking us toward what he called the Noosphere ("nous" is greek for mind) — a global unity of consciousness, a " 'thinking' sphere circling the Earth above the biosphere, which [would comprise all] human reflection, conscious souls, and love."

If that sounds like some serious New Age "Woo," then you're getting the idea. While I have great respect for de Chardin's intentions when it comes to science and spirituality, it's always been pretty hard for me to buy into his full-blown mystical sensibilities. So, as you might imagine, the Noosphere has attracted its share of wishful thinkers — and some of it has gotten pretty silly (to me at least).

But, then, a funny thing happened on the way to the New Age. Humanity ended up building an actual Noosphere (or at least its first draft).

It was called the Internet.

Somewhere around the mid-1990s, a few people looked at the world wiring itself together and thought — "Hmmm, this seems a lot like what that de Chardin guy was thinking." It was all pretty Utopian back then, as was most thinking about the Internet. When writing on the Noosphere and the Web, Electronic Frontier Foundation co-founder John Perry Barlow, put it this way, "What Teilhard was saying ... can easily be summed up in a few words. The point of all evolution up to this stage is the creation of a collective organism of Mind." Definitely the pre-Snowden era of Internet thinking.

But others picked up the Noosphere/Internet idea and ran with it in different directions. Influential programmer Eric S. Raymond, for example, wrote about the collective mind appearing in the dynamics of open-source software development in his essay, "Homesteading the Noosphere."

Since the 1990s, the idea of a technological Noosphere — a digitally linked "planetary membrane of thought" — has taken hold in its own way. The Noosphere has appeared in sci-fi books and movies and even video games. There is a NOosphere art gallery, a Noosphere film company and even Noosphere, the international asset management fund.

All this is fascinating in-and-of itself, but it still leaves one big open question: Can anything like a Noosphere actually exist — and what would it mean if it did? Putting aside the New Age teleology, is there any way in which it makes sense to think about planets becoming conscious?

If one is very careful, I think it does.

About 40 years ago, James Lovelock and Lynn Margulis developed their famous Gaia Hypothesis that claimed the biosphere had hijacked the planet for its own ends. From a Gaian perspective, living systems on Earth, as a whole, were capable of steering the planet toward conditions that were favorable to life. In the central premise of the Gaia Hypothesis, the biosphere was a kind of thermostat keeping planetary conditions in an optimal range for the maintenance of ... the biosphere. Lovelock and Margulis gave their theory the moniker "Gaia" because that was the Greek Goddess of the Earth. While the mythical connection delighted some, it irked many scientists who saw the whole concept as imparting too much purpose into processes that had none.

The explicit scientific version of the Gaia hypothesis — life creates planetary feedbacks that are good for life — is still contested. But with refinements, Margulis and Lovelock's general insights came to be seen as essential. They were, in fact, part of broader movement in Earth Science that took the biosphere seriously as a major player in the dynamics of the planet. Thus, instead of "Gaia," scientists began thinking of "Earth Systems" — the strongly coupled interplay of atmosphere, hydrosphere, cryosphere, geosphere and biosphere.

So, even without asking if planets are literally alive, we still can ask meaningful questions about life and planets "co-evolving." We can see it makes real scientific sense to understand life as more than just some green scruff forming on a planet's surface. Thus, even if biospheres don't control planets, they can still play huge roles in how those planets change in time. This is an idea we have to take very seriously as we begin our (remote) exploration of the many exoplanets we are discovering throughout the galaxy.

And that brings us back to the Noosphere.

We don't have to ask if planets literally become conscious in order to ask how their evolution changes when a dominant species develops certain kinds of technologies (like wireless information processing on a massive scale and access to low-orbit space). Just as the development of a biosphere can imply entirely new evolutionary paths for a planet (like an oxygen-rich atmosphere), maybe the development of a planetary Noosphere has its own concrete evolutionary implications. This is a particularly important point to consider as we enter the so-called Anthropocene, an era when humans become the dominant force on the Earth's systems.

So, the question of the day is as simple as it is challenging: If we are developing a Noosphere, what comes next?