Accessibility links
Is It Sexist To Say That Women Are Superior To Men? : 13.7: Cosmos And Culture Is it finally time to recognize that women are biologically superior to men? Anthropologist Barbara J. King says that suggestion hurts more than it helps. 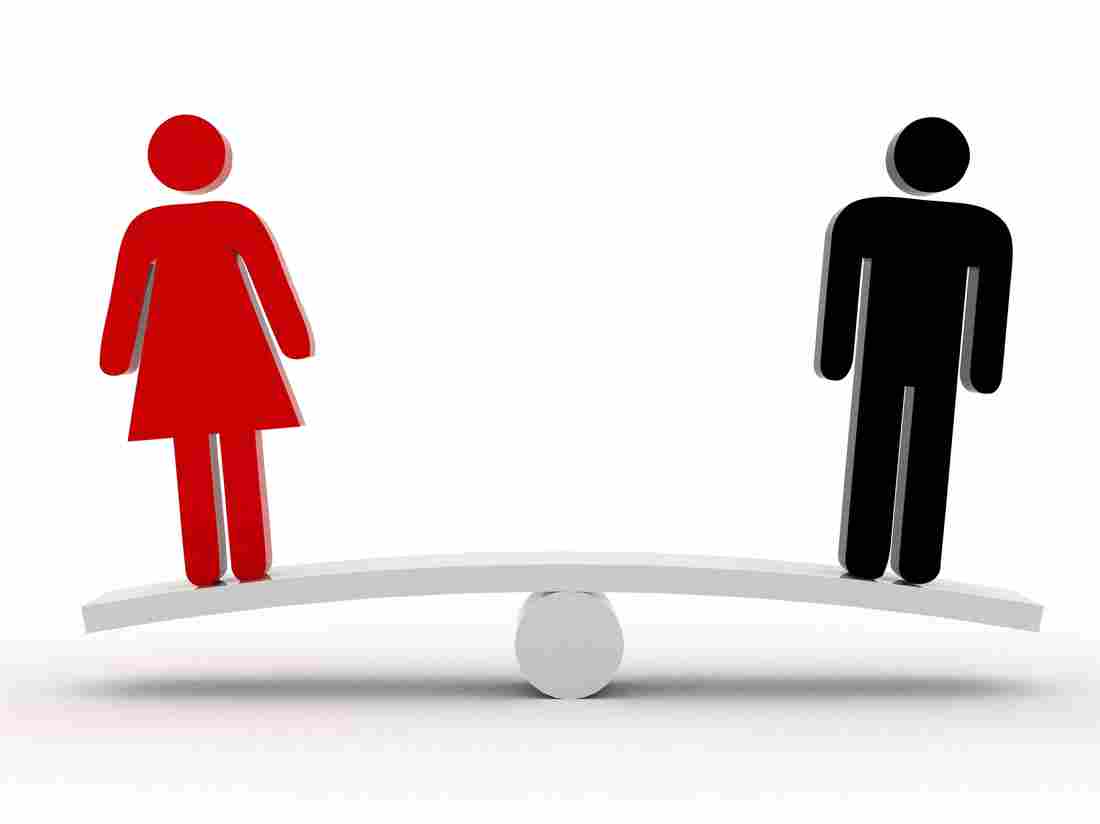 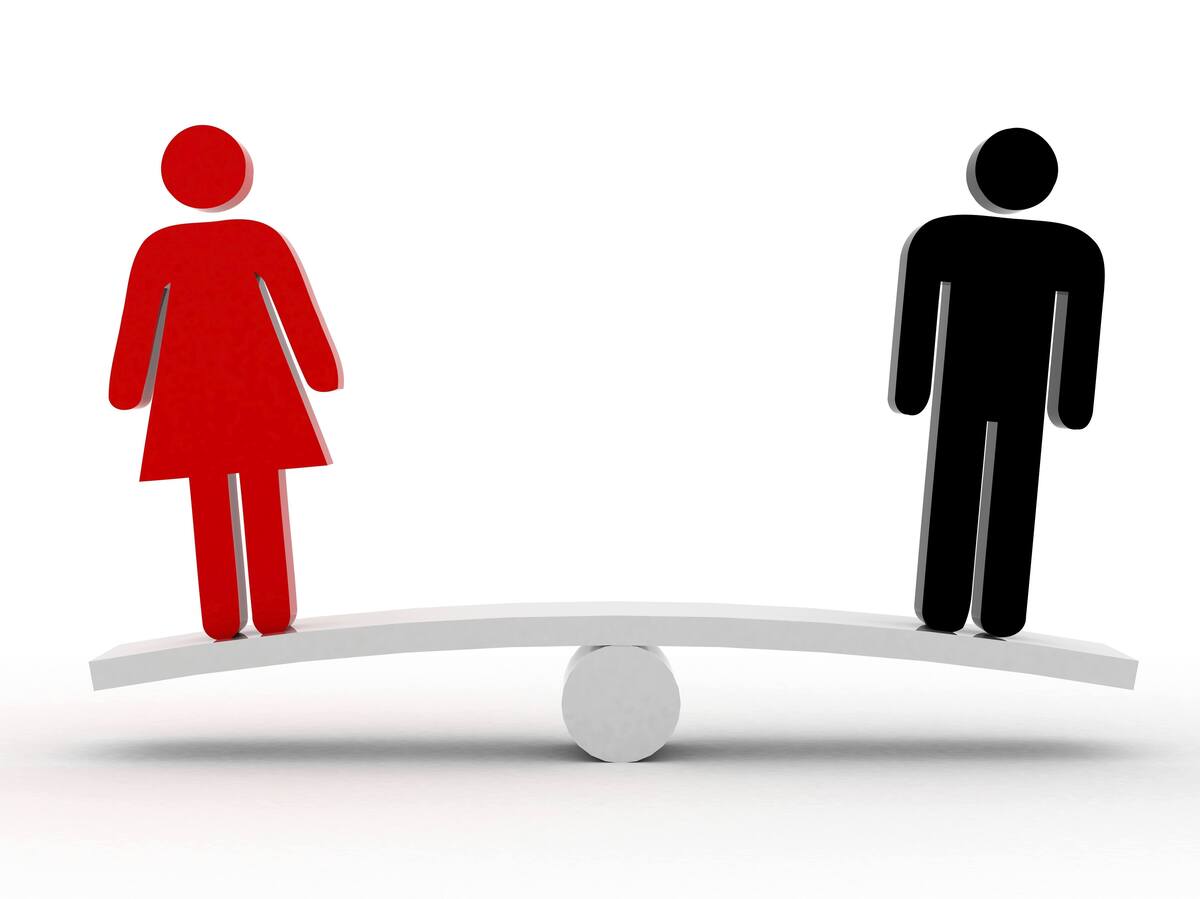 "Women are not equal to men; they are superior in many ways, and in most ways that will count in the future. It is not just a matter of culture or upbringing. It is a matter of chromosomes, genes, hormones, and nerve circuits. It is not mainly because of how experience shapes women, but because of intrinsic differences in the body and the brain."

It's not every day my jaw drops when reading the Chronicle Review, a section of The Chronicle of Higher Education. But drop it did when I read the opening paragraph, above, of "The End of Male Supremacy" by Emory University anthropologist Melvin Konner, published on April 3.

Konner's article, which is adapted from his new book, Women After All: Sex, Evolution, and the End of Male Supremacy, sits in conflict with three central conclusions that I impart to my anthropology students: Women and men are more alike in their behavior than they are different; sex differences that do exist arise in large part from variation in how children are raised and other experiences of living and working, attesting to the magnificent plasticity of the human brain; and no group of people, regardless of gender identification (I'm no fan of an oversimplified male vs. female binary) is biologically superior to any other.

Those conclusions emerge from books, such as neuroscientist Elise Eliot's Pink Brain Blue Brain, that insist the tiny sex differences present at birth are magnified through socialization.

Konner, even while affirming that not all men are violent and not all women are nurturing, fearlessly advances his women's superiority thesis. Maleness is "a birth defect," he declares.

Curious to engage directly with Konner, last week I sent him questions by email and he kindly replied. Here is our exchange:

Could you outline what you consider to be the most significant evidence that women are superior to men because of "intrinsic differences in the body and the brain"?

"Recent brain imaging studies show that a part of the brain that helps produce violence, called the amygdala, is larger in men than in women. Also, the frontal cortex (frontal lobes), which help to regulate impulses coming from the amygdala, is (are) more active in women. Mounting evidence supports the claim that male and female brains are different in many species, including us, partly because of androgenizing (masculinizing) influences of testosterone on the (anterior) hypothalamus, amygdala, and other parts of the brain involved in sex and violence.

"Genetic evidence also suggests that selection for aggressive and hypersexual traits has been strong in at least parts of our species in the human past. Roughly one in twelve men in Central Asia has a Y chromosome signature consistent with descent from a single man who lived at the time of Genghis Khan. Something similar is true of Ireland, harking back to the era (the Middle Ages) when that island was thoroughly dominated by warring tribes."

How do you respond to the view, or, maybe more honestly put, the complaint, that in attempting to support women, you are essentially erasing women's agency by reducing them (or I should say "us") to bodies and brains?

"If reducing behavior to the brain is erasing agency, then none of us has agency. Every knowledgeable person since Hippocrates has located our thoughts, emotions, and feelings in the brain. Agency is something subjective that every person has. I think that using brain science (or evolution for that matter) to argue against agency is foolish."

As a woman and a feminist, I winced when reading your equating "maleness" with "a birth defect," "a disorder" and "androgen poisoning." Doesn't this language do more harm than good, in that it describes negatively an entire group of people in an unnuanced, stereotyped way?

"In my view, we are living in a time when a corrective is sorely needed. Although in the article and the book I am careful to say 'not all men' are bad, it is still true that 'yes all women' have to fear the many, many bad ones. And unlike the racial, ethnic, or class categories, the difference between men and women is substantial and biological. I'm sorry if some people don't like that, but it's true.

"As Elizabeth Cady Stanton said in 1869, 'the difference in man and woman' is the most important reason why women must fully participate in public life. That speech, which I quote extensively from in Women After All, is a stunning indictment of men and their egregious impact on history, far stronger than anything I say against men myself. And her statements led directly to women's suffrage."

You state with confidence and optimism that "Millennial male dominance is about to end." You take care to extend that prediction cross-culturally: "Even in the poorest lands, the increasing availability of women's suffrage, health services, microloans, and saving programs is giving them control over their destinies." How do we square this with what we know is happening to women in numerous places, including but not limited to places that fit your "poorest lands" descriptor: gender-based violence; rape; and other physical and emotional traumas?

"Paradoxically, the small minority of men in ISIS, Boko Haram, and the like actually tell us more than all the books in the world about what men are like and what they have done to women (and by the way, to each other) through most of history. They are throwbacks, but instructive ones. They are part of a terrified lashing out by men against the inevitability of women's rights. They are representatives of the dominant men of the past who could not stand the idea of women being equal.

"The major trends in the developing world are against them, and they know it. Some men can't adjust. Look at Afghanistan, where almost no girls went to school 15 years ago under the Taliban, another throwback. Today the vast majority of Afghan girls are in school. The youngest person ever to win the Nobel Prize was Malala Yousafzai, the Pakistani girl who promoted girls' education. Men like that tried to kill her, but they only strengthened her and her cause."

In your own judgment, what is the most important contribution your article and book make to understanding gender patterns in our society today?

"At the risk of hyperbole, I tried to highlight the growing evidence that men and women are fundamentally, biologically different in ways that affect behavior — and that the difference favors women, not men, for most of the things that will matter in the future. I believe that the myth that there is no such fundamental difference not only flies in the face of the facts of evolution, genetics, hormones, brain science, psychology, and cross-cultural studies, but it actually hurts the feminist cause. I wanted to give my three daughters, and many more other daughters, as well as their male allies, an arsenal of knowledge about these facts with which to fight the good fight for women's rights going forward."

And by the way, I would object if Konner had said: "Whites are bad because they oppress blacks." I endorse an alternative statement: "Whites who oppress blacks are bad." The distinction is significant and applies equally to men's treatment of women.

I'm going to take a stab at the question posed in the headline to this post. Is it sexist to say that women are superior to men? Yes, in a way that hurts men and women.