Accessibility links
Considering 'The Philosophy Of The Web' : 13.7: Cosmos And Culture Does contemporary technology fundamentally change our relationship to the world and to each other? Commentator Tania Lombrozo turns to an expert to learn about this emerging area of philosophy.

Considering 'The Philosophy Of The Web'

Considering 'The Philosophy Of The Web' 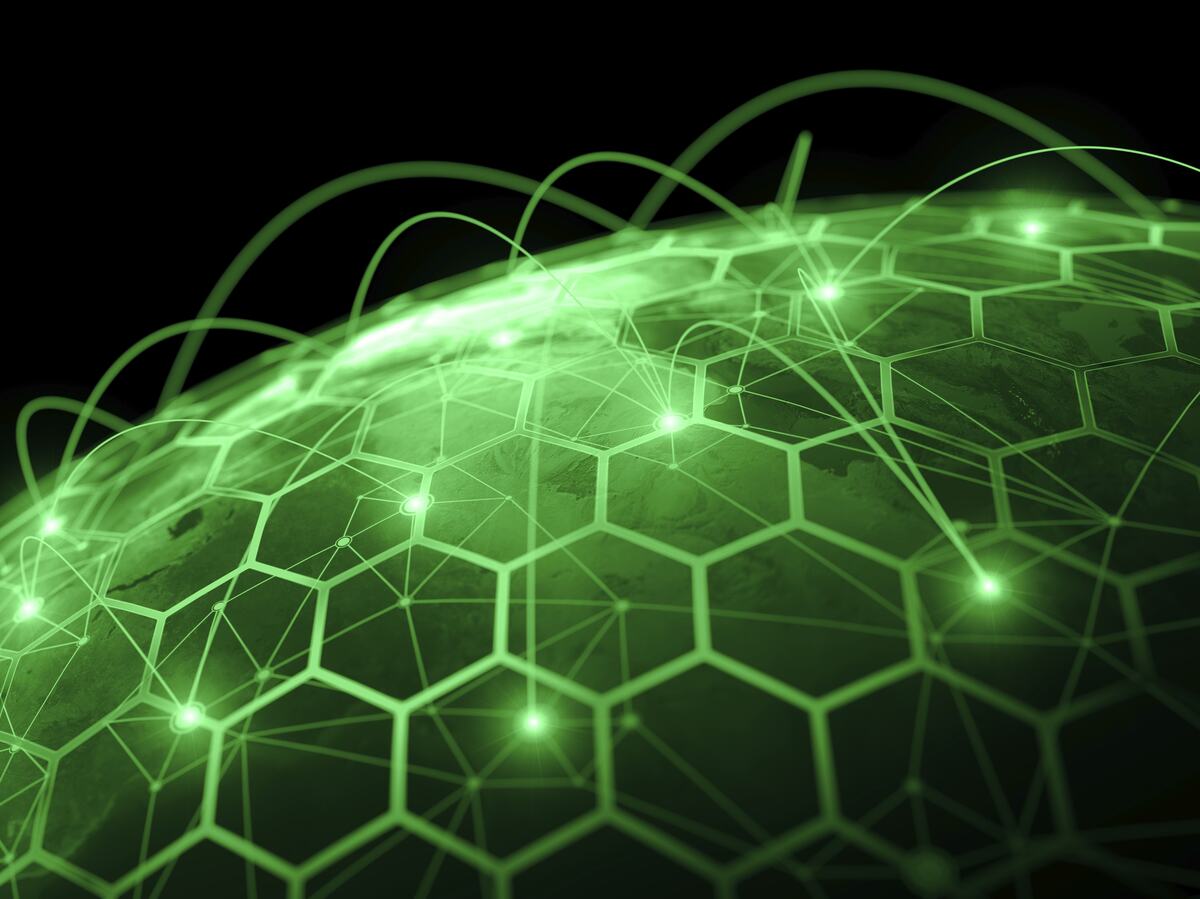 We associate technology with the shiny and new. But humans have been using technology to change the environment and themselves since at least the lower Paleolithic period, when our ancestors were making stone tools.

These are traditionally philosophical questions, but they're questions that some have been revisiting in light of one of today's most pervasive developments: the rise of the Web.

Halpin was kind enough to answer a few questions about the philosophy of the Web by email:

Why have a philosophy of the web? In particular, does the web fundamentally alter our approach to the traditional questions of philosophy?

The bet behind the philosophy of the web is "yes" — that the web does actually alter profoundly long-standing questions that have typically been the domain of philosophy.

The web evokes equally as potent theoretical questions as traditional philosophy: How do we think about language when we can communicate with thousands across the world nearly immediately? Do we really think of the mind as "individual" when our memories are spread into collective data banks? In this way, the web is less a distinct area of inquiry rather than a core revolution in a whole network of concepts, a historical event that restructures philosophical understanding itself. In this regard, the best antecedent to the web in terms of philosophy is probably the invention of writing.

What do you mean by "web" when thinking about the philosophy of the web? Is it the content available on the World Wide Web? The infrastructure provided by the Internet? The way humans (and machines) interact with the web? Or something else?

So what is the web? The definition that rings true to me is to define the web in engineering terms. As put by its primary inventor, Tim Berners-Lee, the web is defined by a set of protocols, from the Internet's TCP/IP to the web's URIs, that give rise to a universalizing information space.

The heart of the matter is then the larger impact of this particular set of protocols and associated infrastructure on our life, and how we can create the next generation of protocols to create not only the kind of web we want, but the kind of world we want.

What do you see as unique and important philosophical issues that arise from the web?

One contribution of the web is probably a shift from the role of the biological individual as the primary unit of analysis to a dynamic ensemble of the biological and the wider technical environment. When this new "image of the (post)human" as a complex socio-technical assemblage is increasingly merged with a low-latency universalizing information space — the web! — that lets phenomena scale globally, all sorts of interesting and some quite weird things start happening, from memes to revolutions.

With the rise of the "Internet of Things," we're now seeing this kind of shift in terms of unit of analysis not just of the human subject, but also all sorts of objects that are now interconnected to the Internet. To handle this new world, we as both philosophers and scientists need both a micro-level understanding of the protocols of the web and of the macro-level effects they are engendering in order to understand the world we live in.

That's why we need a philosophy of the web.

Is the web itself really necessary for this shift in perspective?

This fundamental shift in the unit of analysis is not necessarily due to the web, but the web makes it self-evident and hegemonic. It was phrased in analytic philosophy by Andy Clark and David Chalmers in their Extended Mind Hypothesis at the dawn of the web. As Clark states in Natural Born Cyborgs, perhaps the brain-bound autonomous individual was likely always a poor way to conceive of a human being. However, due to the web we can see this change in how we conceive of individuals within our very lifetime, and connect these changes in how we analyze the world to the deployment of a set of concrete protocols. In other words, it's not just a shift in the unit of analysis, but a shift in the unit of analysis that is at least accelerated by the web.

Can you provide another example of how the existence or properties of the web put pressure on traditional philosophy? That is, how does the web challenge or support mainstream positions in epistemology, metaphysics, ethics, or other branches of philosophy?

Here's one concrete example: How can we re-think the classical Enlightenment motto "Sapere Aude" in the era of the web?

Traditionally, we measure knowledge in terms of either the recall of facts or logical reasoning around facts. However, in the future when facts are all at our fingertips due to basically universal Google access to Wikipedia via our smartphone, the ability to conceive of entire new frames of reference for understanding might end up more important than the recall of a number of facts. So our intelligence is not just in our brain, but in how quickly and fluently we can use our smartphone to retrieve the right facts just when we need them and present these facts in a relevant way to solve the problem at hand: Not "knowing" the right thing but "searching" for the right thing. The mass of facts then remains a huge cognitively opaque background that's mediated by algorithms. That's a huge challenge to epistemology.

Does this perspective also have ethical implications?

Yes, the idea of our intelligence being extended into the web is also a huge challenge for ethics. If we are increasingly dependent on the web, then our ethical stance to the web becomes one of the most pressing ethical issues imaginable. If our access to knowledge is mediated by algorithms, do we need to understand these algorithms in order to justify our beliefs? Yet most of us use Google with only the foggiest understanding of how information retrieval works. Does it even make sense to demand to understand "how the algorithm works"? In the world of massive A-B testing and relevance feedback from untold number of users, the parameters of algorithms like Google's search are now effectively cognitively opaque even to the engineers themselves. There might not be an easy answer, but it seems like there must be web-enabled ways of collectively understanding these algorithms even if we can't understand them individually.

Then even if we could understand algorithms, there are the really hard questions of data ownership, algorithmic control and ethics. Would it be better to have the human judgment of Julian Assange in control of the release of knowledge of Wikileaks, or a machine-automated algorithm that we claim to understand? From these web-enabled ways of socializing the algorithmic basis of our own knowledge, we need to develop new ethics around transparency, algorithms and knowledge. In this regard, the ethics around Wikileaks and the NSA may be the tip of the iceberg.

How might progress in thinking about the philosophy of the web translate into practical implications or applications?

The philosophy of the Web aims not only to interpret the web, but to change the web. The wonderful aspect of these protocols is that they are clearly human-made, designed by humans ranging from a single hacker to large groups of engineers in standardization committees. So, if we collectively decide — as many engineers already have — that pervasive surveillance in the style of the NSA or the Chinese government is an attack on the Internet itself, we can switch protocols to encrypted versions, like HTTP to HTTPS, to make simply monitoring everyone's collective communication harder. This is to some extent an engineering task, but we'll need philosophically well-thought-through arguments in order to convince the world that changing the architecture of the web is worthwhile. Furthermore, when these protocols are changed, we need to understand the effects — of what may appear to be minor changes in the protocols to engineers, like moving from HTTP to HTTPS by default — on the larger socio-technical structures that now depend on these protocols. After all, simply changing http://example.org to https://example.org breaks lots of links!

This problem of breaking links is central to the larger problem of making the web a proper extended collective memory for humanity. This is also a critical engineering problem where I hope philosophy can articulate what we want. We have a growing number of studies in cognitive psychology on the effect of the Internet on our memory. What do we want out of the Internet-as-collective-memory? Do we really feel that the current web, where information ephemerally disappears as soon as a website goes down (except for the good work of those at archive.org!), is the best that can be done for an architecture for universal information space? We probably need an engineering-informed philosophy to help us understand if we can actually build a new kind of web where information can't be lost or censored but a copy is always kept securely. Or would we prefer it if all information on the web, like embarrassing Facebook photos, would be forgotten only in some kind of yet-undecided appropriate manner? Determining the kinds of curation, the rights of access, and the right to be forgotten are all key problems that need the kinds of serious thought that go beyond making yet another app.

What do you see as the most pressing open questions in the philosophy of the web? And do you think progress in addressing them will come from philosophers working within academia, or from somewhere else?

The most pressing open questions for the philosophy of the web involve revising philosophy in a manner that goes through questions from the metaphysics of both space and time in the era of low latency communications all the way up to the imposing ethical questions of how we should live in a world that is interconnected by the web.

We rather urgently need answers to these questions, and my feeling is that no single thinker from either inside or outside academia will answer these questions properly. Just like the web itself, the philosophy of the web should be a collective, bottom-up, and participatory endeavor that involves many people from many different disciplines, including, but not limited to, academic philosophers. We may not have master thinkers in the era of the web, but we do have the collective intelligence that the web itself enables.