Accessibility links
Why Video Games Matter : 13.7: Cosmos And Culture For some people, "video game" doesn't conjure up images of anything considered worthwhile. But some games, like The Last of Us, belong to a time-honored story genre, says commentator Adam Frank. 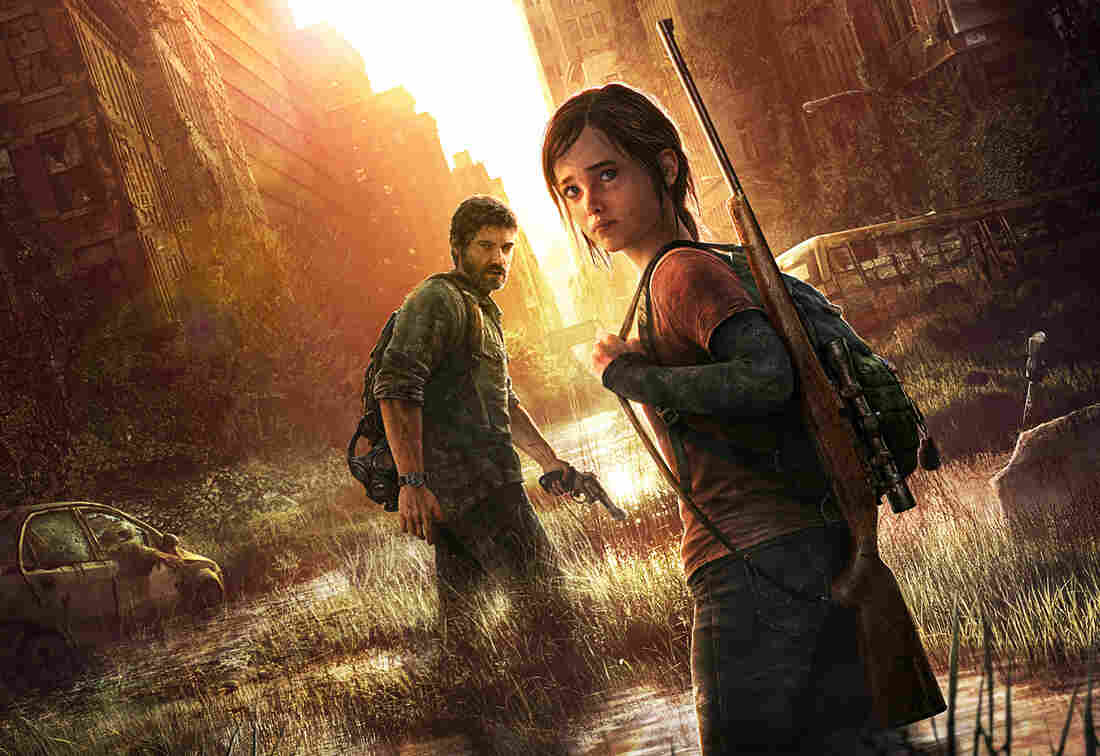 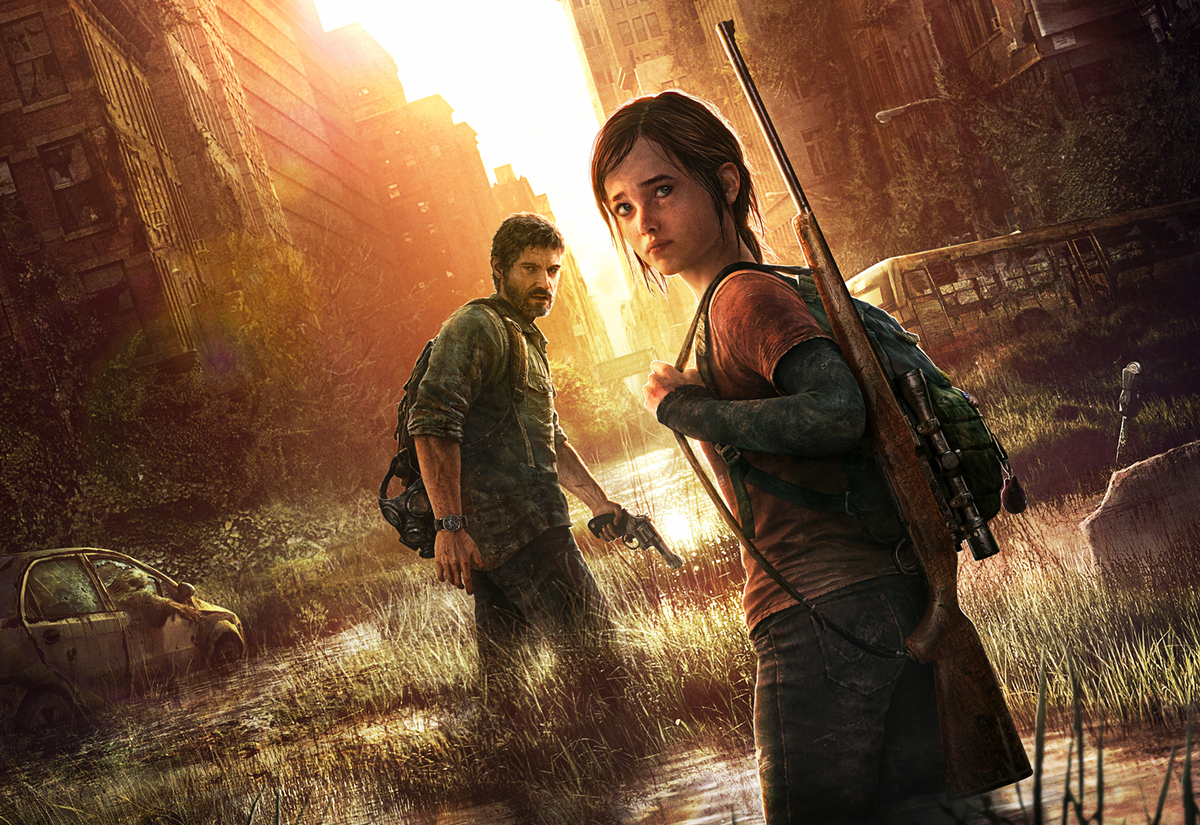 The Last of Us is a video game that breaks the traditional narrative form of storytelling in games.

Human beings are storytellers. This basic, constant instinct is evident throughout history — from creation narratives told around the night's fire to Greek playwrights to the first novels to the flickering images of early motion pictures.

What has changed, though, is how we tell stories. Each of our technologies, from the printing press to celluloid film, has opened up revolutionary new possibilities that have fundamentally altered the way stories can be told. That revolutionary role of technology is at work again now, and it's why we should be paying attention to video games.

To convince you of this claim, I would like to present my "Exhibit A" for "Why Video Games Matter": A truly remarkable piece of work called The Last of Us.

But, let's get a few things out of the way first. I am relatively new to gaming, having begun just five years ago. That is when I finally relented and bought my then-15-year-old son a PS3. So, if you are a long-time gamer, you will likely find these musings old news. Feel free to complain in the comments.

The point is that, for many folks, "video game" still doesn't conjure up anything considered worthwhile. For them, it's all mindless first-person shooters and endless virtual carnage. So, if you think, "Video games, ugh!," then I want just a few minutes of your time.

One last thing: There are spoilers up ahead. Big ones. I am basically going to tell you how the story of The Last of Us ends to illustrate why video games can be so revolutionary. If you want to play the game at some point, you might want to stop right here.

So, what's the big deal?

The Last of Us belongs to a time-honored story genre. It's a post-apocalypse narrative. The story begins in the present with the outbreak of a pandemic that destroys the minds of the "infected" — turning them into violent zombies. We then jump ahead to 20 years later, after the weight of the pandemic has left the nation in ruins. Just a handful of cities are left maintaining protected quarantine zones. These are run by a military (all that's left of the government) that has imposed a much-hated martial law.

Yes, it sounds familiar — and I am sure you think you've seen and heard it all before. After all, when it comes to the zombie apocalypse, there's the film 28 Days Later, the book and movie World War Z and, of course, the much discussed graphic novel and TV show The Walking Dead.

Because The Last of Us is a video game, it can do something utterly remarkable that other storytelling forms can't. The brilliance of this game is the way it takes the tropes of the standard post-apocalypse narrative and both unpacks them in new ways and hijacks them for its own ends.

The story The Last of Us tells is the journey, both real and metaphorical, of Joel and Ellie. Joel is a weary but survival-hardened, 49-year-old, black-market smuggler. We first meet him in our present as the chaos of the infection is just starting. The game begins with his daughter dying in his arms after being shot by a soldier. Ellie is a teenage girl, born after the infection has destroyed society, who ends up placed in Joel's charge. Her recently discovered immunity to the infection offers a last hope that a vaccine might still be possible. Joel, and his partner-in-crime Tess, are given the task of getting Ellie across the nation's broken landscape to the last laboratory of the Fireflies, a group that opposes martial law and still believes a cure is possible. After Tess dies at the beginning of their journey to the Firefly lab, the main arc of the narrative begins following Joel as he comes to terms with the presence of this girl, so much like his daughter, in his life.

Using that relationship's evolution to animate the actual cross-country trek from Boston to Salt Lake City allows The Last of Us to do something with the classic post-apocalyptic narrative that other stories haven't. While there are lots of battles with zombies and humans alike, it's the emotional tone of the game that stands out. The Last of Us, more than anything else, is overwhelmingly sad.

Like Cormac McCarthy's The Road, which the game is often compared to, the world of The Last of Us seems irreparably broken. Over and over again, in subtle ways only a game can allow, we are forced to face this fog of grief. A penetrating book or movie would have its own language for revealing that sadness, but what The Last of Us does is exploit the mechanics of gaming in a way that makes us explore that emotional landscape firsthand.

Many games ask you to find and collect stuff as you progress through the story (money, new weapons, etc). But in The Last of Us, the breakdown of society means you have to scavenge. But it also means you spend a lot of time moving through empty neighborhoods and empty houses. You wander through bedrooms and living rooms full of the things people left. These familiar yet fallen spaces are rendered with a beauty that becomes transportive. The spare cords of Gustavo Santaolalla's score also holds the game's sober tone (he was composer who did the haunting music for Brokeback Mountain). Thus along with the usual gameplay (which can be pretty violent and scary), there also comes this remarkable and unexpected meditation on loss at scale we usually can't touch.

But the most stunning feature of this game is its ending. As the game progresses, Ellie becomes a full-fledged partner in the battle for survival (for one whole segment the player controls Ellie after Joel is almost killed). As the story unfolds, Joel slowly seems to find a place for his grief. His bond with Ellie seems to bring a kind of awakening and peace to this man who has done terrible things. Finally finding the Fireflies, it seems that, yes, Ellie does hold the key to a cure. Perhaps there can be redemption for humanity. But, then, we discover that the price for extracting this cure is Ellie's death.

It's here that the usual tropes should kick in. At first Joel rejects Ellie's fate and fights desperately to take her back from the Fireflies. As we navigate through the final battle, we are shown, in various ways, that there is really no choice. The tragedy of Ellie's death is the only means to save the rest of us. And we also know, having spend so much time with Ellie (I was in the game for 37 hours total) that — more than anyone else — she would have understood and been willing to make the sacrifice. Thus, we expect that ending and we expect Joel to finally understand, too.

Instead, the game makes us kill the doctors.

In the harrowing crescendo, this character who we thought was a hero, (making us, as players, the heroes, too), turns out to be a monster. The game forces us to become the agent though which Joel violently destroys the only hope left for the world.

It's in this way that The Last of Us illustrates something truly radical that's inherent to the technologies of video-game storytelling. The game convinces us that, as players, Joel's story is our story. Instead, we find that we never really understood this man. We never understood the toll his survival had taken on him. We could not see how deeply his grief had destroyed his humanity.

As I played through these last few moments, I was stunned. For all the books and movies and TV shows and plays I have seen, here was a something truly new, truly novel. I was being shown something that only recently became possible.

Now, I am not so much of a fan-boy to miss the fact that The Last of Us still lives in an often male-dominated video game universe — replete with the usual virtual mayhem. And there is enough of this mayhem to keep The Last of Us from truly being a portal to a bright, new world where everyone games in the same way that everyone watches TV. But, by brilliantly co-opting the new mechanics of video game story telling for its own ends, The Last of Us does illuminate the contours of what that world may look like.