Accessibility links
Why Aren't The Aliens Here Already? : 13.7: Cosmos And Culture If we learned we're the only ones looking into the night sky, it'd be impossibly lonely. But it might also mean there's something holding all beings from a higher state, which may spell our doom too.

Why Aren't The Aliens Here Already?

Why Aren't The Aliens Here Already? 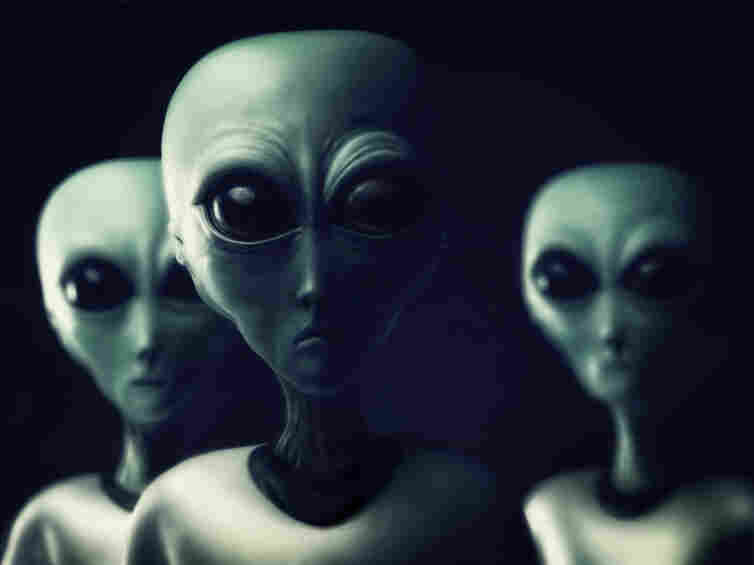 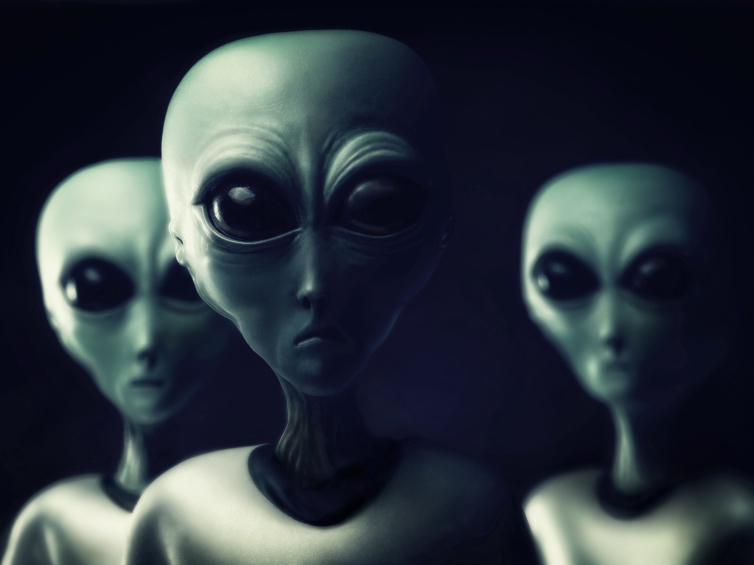 The story begins like this: In 1950, a group of high-powered physicists were lunching together near the Los Alamos National Laboratory.

Among those in attendance were Edward Teller (father of the nuclear bomb) and the Nobel Prize-winning Enrico Fermi. The discussion turned to a spate of recent UFO sightings and, then, on to the possibility of seeing an object (made by aliens) move faster than light. The conversation eventually turned to other topics when, out the blue, Fermi suddenly asked: "Where is everybody?"

While he'd startled his colleagues, they all quickly understood what he was referring to: Where are all the aliens?

What Fermi realized in his burst of insight was simple: If the universe was teeming with intelligent technological civilizations, why hadn't they already made it to Earth? Indeed, why hadn't they made it everywhere?

This question, known as "Fermi's paradox," is now a staple of astrobiological/SETI thinking. And while it might seem pretty abstract and inconsequential to our day-to-day existence, within Fermi's paradox there lies a terrible possibility that haunts the fate of humanity.

Enough issues are packed into Fermi's paradox for more than one post and — since Caleb Scharf and I are just starting a research project related to the question — I am sure to return to it. Today, however, I just want to unpack the basics of Fermi's paradox and its consequences.

The most important thing to understand about Fermi's paradox is that you don't need faster-than-light travel, a warp drive or other exotic technology to take it seriously. Even if a technological civilization built ships that reached only a fraction of the speed of light, we might still expect all the stars (and the planets) to be "colonized."

For example, let's imagine that just one high-tech alien species emerges and starts sending ships out at one-hundredth of the speed of light. With that technology, they'd cross the typical distance between stars in "just" a few centuries to a millennium. If, once they got to a new solar system, they began using its resources to build more ships, then we can imagine how a wave of colonization begins propagating across the galaxy.

But how long does it take this colonization wave to spread?

Remarkably, it would only take a fraction of our galaxy's lifetime before all the stars are inhabited. Depending on what you assume, the propagating wave of colonization could make it from one end of our Milky Way to the other in just 10 million years. While that might seem very long to you, it's really just a blink of the eye to the 10-billion-year-old Milky Way (in other words, the colonization wave crosses in 0.001 times the age of the galaxy). That means if an alien civilization began at some random moment in the Milky Way's history, odds are it has had time to colonize the entire galaxy.

You can choose your favorite sci-fi trope for what's going on with these alien "slow ships." Maybe they use cryogenic suspension. Maybe they're using generation ships — mobile worlds whose inhabitants live out entire lives during the millennia-long crossing. Maybe the aliens don't go themselves but send fully autonomous machines. Whatever scenario you choose, simple calculations, like the one above, tend to imply the aliens should be here already.

Of course, you can also come up with lots of resolutions to Fermi's paradox. Maybe the aliens don't want to colonize other worlds. Maybe none of the technologies for the ships described above really work. Maybe, maybe, maybe. We can take up some of those solutions in later 13.7 posts.

For today, however, let's just consider the one answer that really matters for us, the existential one that is very, very freaky indeed: The aliens aren't here because they don't exist. We are the only sentient, technological species that exists in the entire galaxy.

It's hard to overstate how profound this conclusion would be.

The consequences cut both ways. On the one hand, it's possible that no other species has ever reached our state of development. Our galaxy with its 300 billion stars — meaning 300 billion chances for self-consciousness — has never awakened anywhere else. We would be the only ones looking into the night sky and asking questions. How impossibly lonely that would be.

On the other hand, it's also possible that other species have made it to where we stand today. But no one has made it much farther. Say that like a "great filter," something like war or environmental collapse keeps anyone, anywhere, from reaching beyond our stage of technological development. If that's true then we, like all who have come before us, are doomed.

So what is it? What is the answer? What is it that Fermi's paradox is trying to tell us? After all is said and done, where is everyone?