Accessibility links
The High Price Of What We Eat : 13.7: Cosmos And Culture We have to start asking ourselves how long we are going to ignore what is obvious — that our meat-eating culture is not environmentally sustainable, says commentator Marcelo Gleiser. 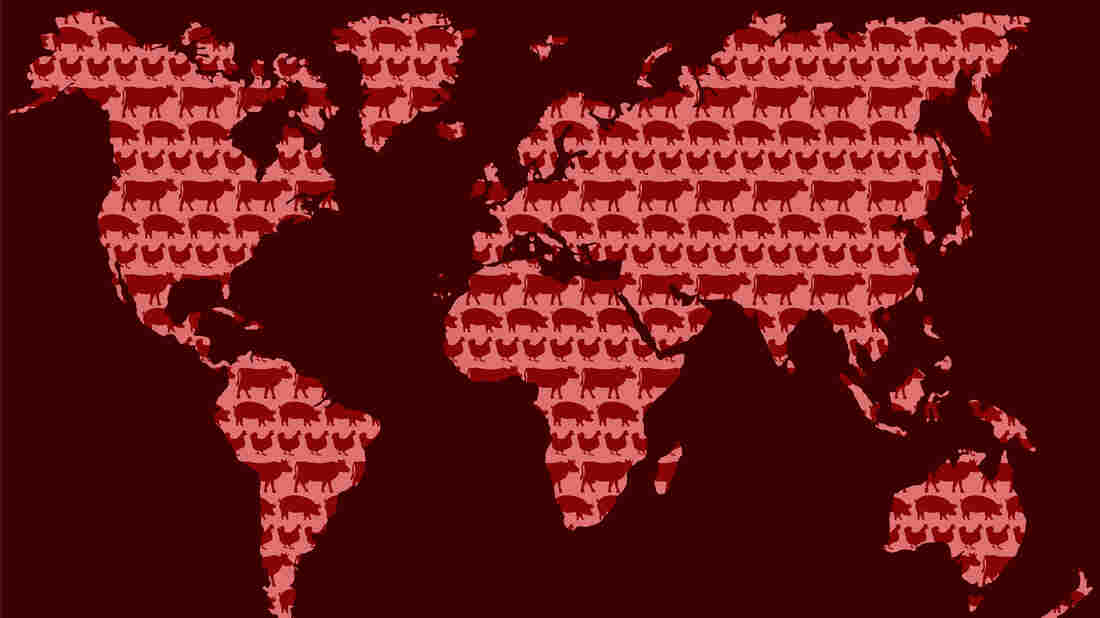 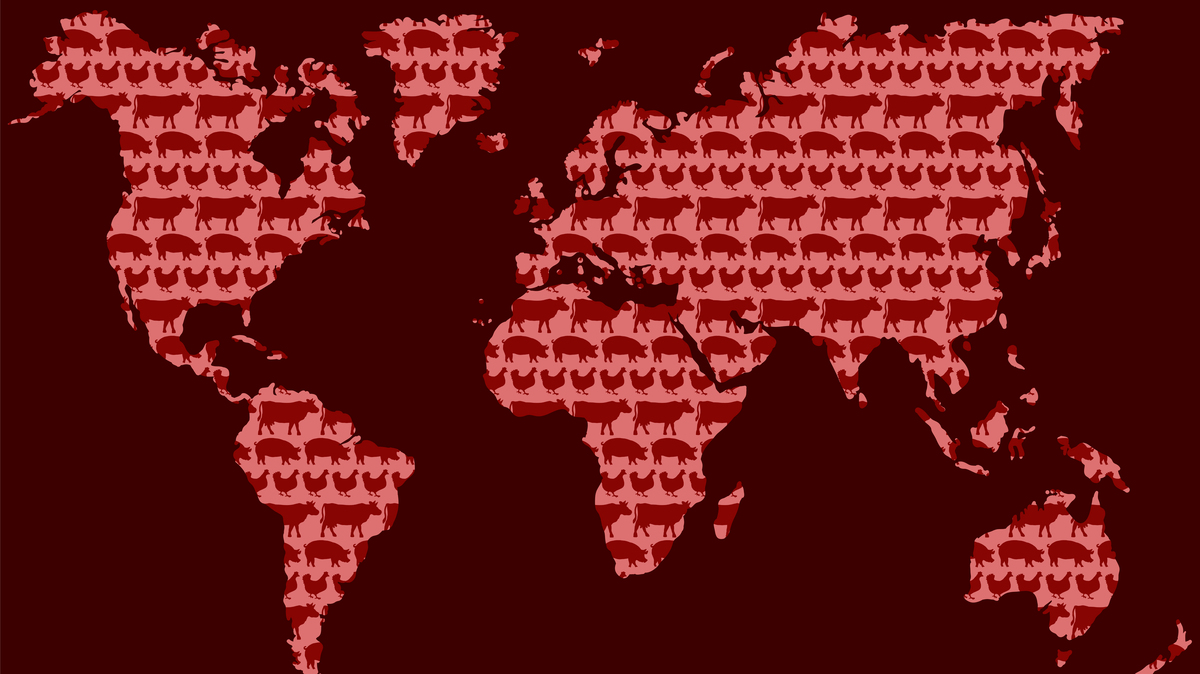 On World Water Day, March 22, I wrote here at 13.7 that water — particularly its scarcity — should be one of our top worries for the coming decades. We listed a website with many disturbing facts about water, or lack thereof, across the globe.

On Sunday, The New York Times op-ed columnist Nicholas Kristof brought in more stats. Central to his argument, with which I agree, is the tremendous amount of water needed to sustain the food industry and, in particular, our massive meat consumption.

We all have to eat, of course, and meat is a great source of protein. But using cattle to convert vegetable protein (what cows eat) into animal protein (what we eat) is not very efficient. I just came back from Brazil — and if you don't eat some kind of meat down there you are in trouble. Millions of acres of forest are being cut down to open fields for pasture.

Brazil and the U.S. are the largest meat producers in the world. JBS, a Brazilian company headquartered in São Paulo, leads the pack, just ahead of Tyson Foods in the U.S. According to a report written by Magda Stoczkiewicz, director of Friends of Earth Europe, and based on figures from the United Nation's Food and Agriculture Organization: "Nothing epitomizes what is wrong with our food and farming more than the livestock sector and the quest for cheap and plentiful meat." The disturbing report, called Meat Atlas and first published in January 2014, can be read here.

There is a long — mostly unknown or conveniently ignored — chain of events from the cute calf being born at the barn to the neatly packaged meat people buy at the supermarket.

Talking to friends who are meat-eaters, I see some signs of progress. There is growing awareness of the benefits of organic foods and of superfoods. It's becoming increasingly clear that we don't need meat-based protein to be healthy. In fact, one of my hero athletes, ultramarathoner Scott Jurek — who authored the wonderfully inspiring Eat and Run — is fully vegan. If someone is able to not only run on a vegan diet — but also win 100-mile races — we all can survive without meat.

Yes, meat tastes good. But we have to start asking ourselves how long we are going to ignore what is obvious — that our meat-eating culture is not environmentally sustainable. We've moved far from our Paleolithic ancestors. It's time our diet follows our cultural advances.