Accessibility links
What Junk Food Can Teach Us About Junk Science : 13.7: Cosmos And Culture Recently, a journalist confessed to fooling millions into believing that chocolate helps weight loss. Tania Lombrozo considers what the "chocolate hoax" can tell us. 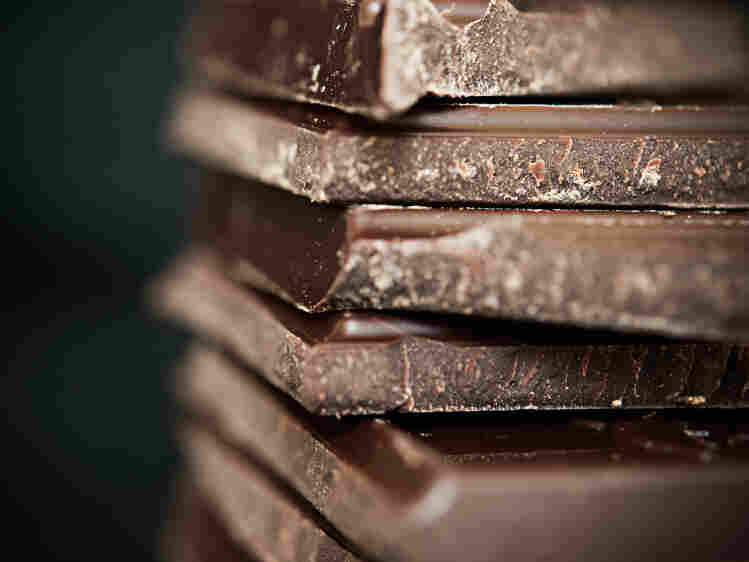 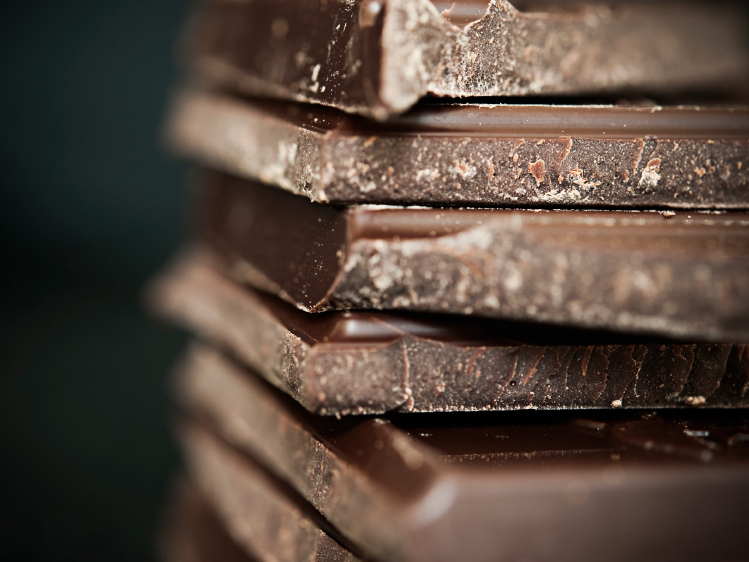 If you follow the headlines in nutrition science, you may have come across the claim that a daily bar of dark chocolate could help you lose weight faster. Websites touted the sweet news earlier this year:

A little more than a week ago, the study's lead author, Johannes Bohannon, made a startling confession: The study was a hoax! And, what's more, he wasn't Johannes Bohannon — affiliate of the fictional Institute for Diet and Health — but journalist John Bohannon, out to make a point about the media's willingness to uncritically report and promote junk science.

After crunching the numbers on the 18 variables that they measured — which ranged from cholesterol to sleep quality and well-being — they found a statistically significant result: The group that ate chocolate lost weight 10 percent faster than their low-carb peers. Bohannon and colleagues rushed this to press at the International Archives of Medicine, which sounds like a legitimate academic journal. But the editor skipped peer review and instead charged the authors a fee for publication. After circulating a well-crafted press release, headlines were trumpeting the good news: Chocolate can help you lose weight!

In his "confession," Bohannon explains the problems with the study, the data analysis, the publication process, and the media's subsequent coverage.

Among other things, measuring so many variables with a small sample made it quite likely that something would turn out to be statistically significant by chance alone — and just about any result involving chocolate would have been newsworthy. (Chocolate improves your sleep! Chocolate reduces cholesterol!) Because the paper was never peer-reviewed, and because none of the journalists who covered the study consulted with experts, this concern went unnoted.

Bohannon's confession has gone viral, and many of the outlets that reported the original study have dutifully updated their coverage.

But Bohannon and his collaborators also have been subject to some critical scrutiny concerning the ethics of the study and of the publicity stunt. As the title of his confession declares, Bohannon "fooled millions" — but the millions weren't mercenary publishers and lazy science reporters. They were trusting readers.

There are really multiple ethical questions here. One is about whether the study or the hoax violates rules that should never be broken. For instance, one might think it's never OK to conduct a study without fully informed consent, or to deliberately promote bad science. Let's set this question to the side, and instead consider a more consequentialist approach — one that looks at the outcomes of an action. In this case, does the good that came (or will come) from the chocolate hoax outweigh the bad?

Narrowly, one might worry about the "millions" who now hold unfounded beliefs about the benefits of chocolate for weight loss: the readers who received the misleading media coverage, but not the updates and retractions. In fact, chocolate does have some potential health benefits, so increasing people's chocolate consumption a smidge (or reducing their guilt about existing consumption a smidgeon) probably wouldn't do much harm, as long as readers didn't extrapolate wildly beyond the reported findings to abandon healthdul diets and exercise plans entirely, instead opting for a daily dose of Snickers.

More broadly, though, one might worry about the consequences of the hoax for people's perceptions of science. Will it lead to greater distrust of science and science journalism, or to greater trust in future science and science reporting? Will it make people dismiss nutrition headlines as bunk, or to read the articles that follow more conscientiously?

A parallel issue arises with cases of scientific misconduct. With each reported instance of fraud or high-profile retraction, there's room for short-term pessimism about science and people's trust in science, but also long-term optimism about science as a self-correcting process.

Unfortunately, there's a fresh example to illustrate the point: the retraction of a widely reported study, published in Science, on how interactions with gay canvassers affected voters' attitudes toward gay marriage. It now appears that the first author, Michael LaCour, may have fabricated or misreported survey data purportedly collected months after the canvassers made their visits.

When interviewed, the study's senior author, Donald P. Green, responded to a question about whether the episode was an example of larger problems with the scientific process:

"The question of what does this mean about the integrity of science, or the integrity of scientific vetting procedures — I suppose you could look at it one of two ways. The negative way to look at it is here was a failure of the review process, or a failure of the vetting process, or a failure on my part as the senior author. We posted our data, we did all kinds of checks, and still fraud slipped through. That's one way to think about it."

But Green went on to consider a second way to think about it: as "a positive story about the self-correcting nature of science." After all, the problems with the study were uncovered and brought to light, by scientists doing science.

I'm inclined to draw similar lessons from the chocolate hoax, though the parallels aren't perfect. But as with scientific misconduct, there's reason for both pessimism and optimism.

On the side of pessimism, there's evidence that exposure to contradictory messages about nutrition from the media can have negative consequences. A 2014 study found that higher levels of perceived inconsistency in the media's coverage of nutrition were associated with greater confusion about what to eat. That, in turn, was associated with greater distrust of nutrition science. "The fundamental concern," wrote the authors, "is that those who report greater contradictory exposure to topics such as fish, wine, and coffee consumption will experience greater feelings of confusion and backlash — and that these beliefs, in turn, may lead people to doubt public health recommendations more generally, including those about which there is little contradictory information (e.g., fruit/vegetable consumption, exercise)."

On the side of optimism, we can hope for self-correction: for better science, and for better science journalism, in the wake of Bohannon's hoax. That means weeding out fake academic journals, and it means adopting more rigorous norms when it comes to selecting and reporting science for the general public.

But there's an even more important lesson for scientists and journalists, and it goes beyond these familiar calls for reform.

Let's, for a moment, take the metaphor of "junk science" seriously. When it comes to junk food, we don't expect the government or nutritionists to withhold unhealthful foods entirely. We also place some responsibility on people to be educated consumers and to make intelligent food choices.

Editor's Note: The initial version of this post was truncated owing to a technical error.