Accessibility links
For Adults, Coloring Invites Creativity And Brings Comfort : 13.7: Cosmos And Culture Coloring for adults is an activity surging in popularity. Commentator Barbara J. King discovers that coloring engages her senses, even easing, a bit, her grief at the loss of a parent. 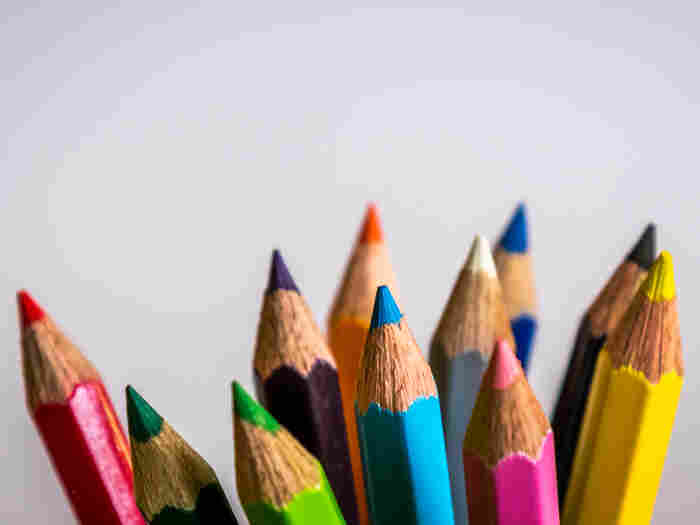 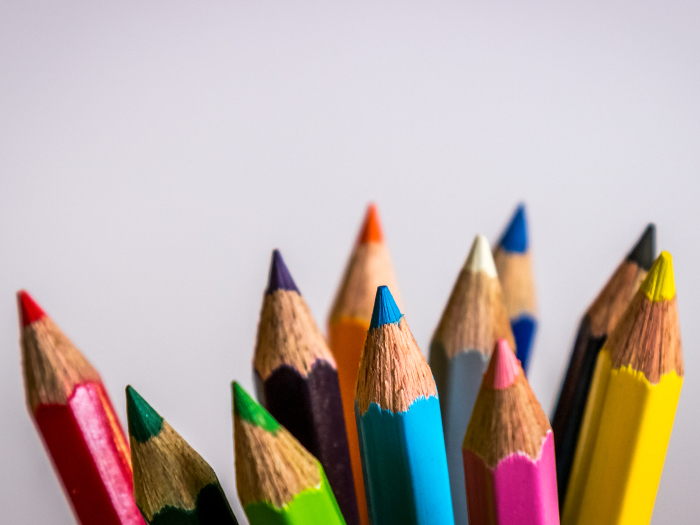 In 1982, anthropologist Adrienne Zihlman, now professor emerita at the University of California, Santa Cruz, published The Human Evolution Coloring Book. Students of biological anthropology were invited to learn about DNA, genes, monkeys and apes — and the fossils, tools and evolutionary relationships of our human ancestors — by coloring in pages rife with factual information presented visually, as well as in words.

A Ph.D. candidate back then, I had never encountered such an object before, with its mix of a children's activity, as I then thought coloring to be, and an adult student's science material. I learned from Zihlman's presentation. Side-by-side skeletal comparisons of the australopithecine "Lucy" and a modern chimpanzee in one case, and robust (large-boned, thick-jawed) and gracile (more slender) australopithecines in another, helped me visualize facts and concepts. I didn't color in the pictures, though. That seemed, well, just a little bit juvenile to me.

Now, 33 years later, I've joined the ranks of adult colorers. We represent a wide range of artistic abilities, including what could, in my case, kindly be called "minimal." Some of us may prefer the science genre, perhaps marine biology; others steeped in the Game of Thrones novels or show await a coloring book by George R.R. Martin scheduled to be released in the fall. (Given what I hear of the show's plot, you can bet this coloring book is for adults.)

As for me, I have joined with those delighted by the flowers, birds and beetles in Joanna Basford's best-selling The Secret Garden, which I first learned about at NPR.

Adult coloring is surging in popularity, and I've wondered why. Sure, it is engaging, relaxing and helps combat stress — and who doesn't in our too-hectic lives need more of that terrific trio? Yet I can experience those things from my primary leisure activity, reading fiction. What coloring offers that reading does not is explained aptly by clinical psychologist Kimberly Wulfert for EverydayHealth.com:

"In coloring, you've got this physical sensation of the tool you're using touching on the paper. You also have the feeling in your hands and fingers holding this tool, and moving in different rhythms as you fill in the space," she says, adding that "you're being mindful, and when you move in a rhythmic fashion for an extended period of time, that becomes a meditation."

For me, after a day of writing and reading nonfiction for work, then reading a novel for pleasure, coloring brings a different kind of sensual engagement, one that perhaps echoes the embodied pleasures found in creative cooking, gardening and carpentry. But even that isn't the full story.

Basford's two coloring books (The Enchanted Forest is the other) are so popular that a long wait to obtain one is now commonplace. I waited for two months for The Secret Garden.

While I was waiting, my personal world shifted suddenly. On April 17, my mother died. Just in February, I had written admiringly of her enthusiasm for reading science books even while struggling with vascular dementia. Is it possible to say that an 88-year-old woman with COPD (chronic obstructive pulmonary disease) died unexpectedly? Yes, I think so. On that Friday, I visited with her in the afternoon, saw her fatigue, and tucked her into bed. She expressed no physical complaints, and we parted lovingly at 4 p.m. with every expectation of another visit soon. By 7 p.m., she had died.

I'm grateful that my mother died in her bed, peacefully. And, yet, my grief is still fresh.

Perhaps coloring for me, right now, offers something more than the benefits I've already described. Maybe it offers me the very mix I wasn't able to value in my 20s: the combination of remembering the comforts of being a child while incorporating the creativity of an adult.

Most evenings, I take out my pencils, savor the shades I choose — golden yellow, jade green, peach — and start coloring.