Accessibility links
Why The Pope's Stand On Climate Change Matters : 13.7: Cosmos And Culture The public discussion on climate change occupies a weird alternate reality, despite the science; it's not really about the science — which is why Pope Francis' encyclical matters, says Adam Frank.

Why The Pope's Stand On Climate Change Matters

Why The Pope's Stand On Climate Change Matters 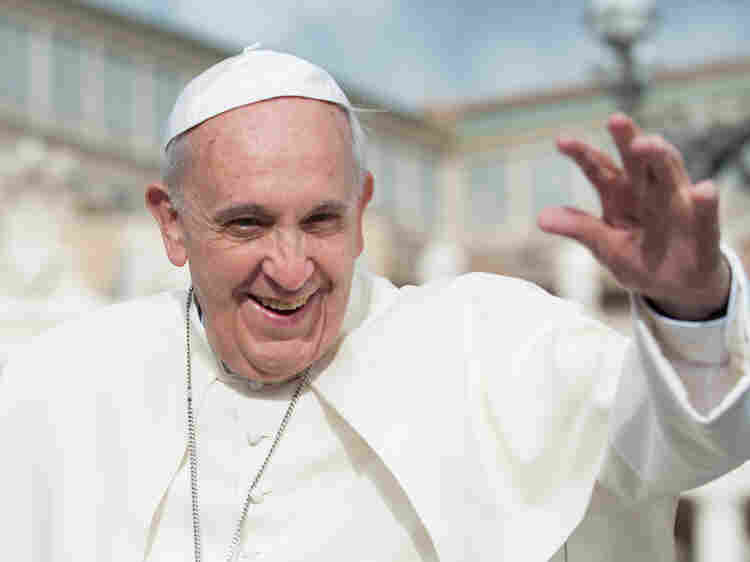 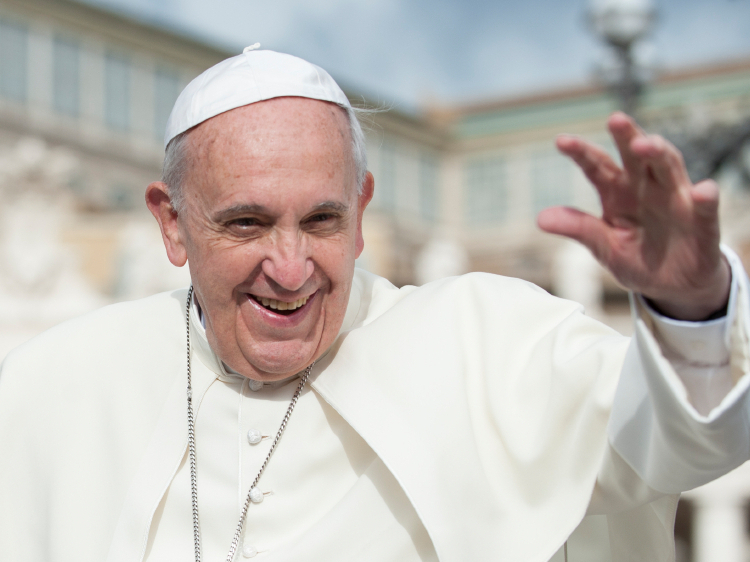 Things are about to get really interesting in the long-stalled public discussion on climate change.

This Thursday, Pope Francis and the Vatican are set to release a major statement on climate change (a draft was leaked Monday). In a papal letter to the world's bishops, called an encyclical, Pope Francis is expected to forcefully argue that human activity has crossed the safe operating limits of the Earth. In addition, the letter is expected to make the case that the weight of the suffering caused by such planetary-scale changes are likely to fall on the world's poor.

We will have to wait to see exactly what arguments and language the official version of the encyclical contains. But given the attention that its anticipation has already received, we can begin by asking why the pope's opinion matters at all.

I've been watching the progress of climate science for most of my professional life. My first real science job (as a post-undergrad in 1985) was at a climate research institution. Since then, I've seen the scientific case for a warming planet grow inexorably from "maybe" to "yes" — and then to "absolutely."

In other words, the science has been settled for a long time. To make this point, I only need link to statements from the nation's leading scientific organizations (NASA, the National Academies of Science, the American Association for the Advancement of Science).

This should be enough.

To my — and most other scientists' surprise — however, the public discussion on the science has continued to occupy a weird alternate reality. In this bizarro realm, the answers on human-driven climate change remain stuck in "maybe" or "not at all." The reasons why such a chasm has opened between reality and perception are manifold, and we need not explore them here. For today, we only need recognize that dealing with the science as science is now hopelessly mired in politics and ideology.

It's no longer really about the science — and that is why Pope Francis' encyclical matters.

By taking on climate change, the leader of one of the world's major religions is injecting something into the debate that has mostly been missing: the question of values. Pope Francis appears ready to argue that since the science is long settled, it's now time to turn the discussion about climate change in a much different direction. Now we must ask ourselves what — based on our deepest values — are we obliged to do about it?

Human values are not the domain of the physical, chemical or biological sciences — the fields at the heart of climate studies. In fact, from the perspective of the natural laws governing those sciences, the cosmos does not care if Earth's climate changes or not. But while the universe may not care, as individuals and as a collective society we humans most certainly do. And, as of today, the pope appears poised to challenge both Catholics and the rest of the world to ask exactly why we care. What is it that is valued in our caring, and what are its consequences. To that point, he is poised to remind us about one value that almost all human beings hold to be worthwhile, whether they are religious or not: The suffering of others must not be ignored.

Here is why such a forceful reminder of that particular human value matters. The false emphasis on a nonexistent "debate within climate science" has allowed us to avert our eyes from the reality of what climate change will mean not just for ourselves but also for others. In particular, that false debate has kept us from focusing on how a changing climate will impact the most vulnerable members of human society.

Let's walk this back a little. While the science is very clear that the climate is changing and that human activity is driving such change, predicting what the future looks like is no easy task. There is, rightfully, continuing debate about what's called climate sensitivity — how much the planet might warm for a given increase in greenhouse gases.

As we continue to pump CO2 and other greenhouse gases into the atmosphere, the predictions for the future tend to range from "ouch" to "boing!" That means the societal impacts of climate change will fall somewhere between difficult and really, really terrible. Hiding in this range is the fact that the consequences of climate change may not be evenly spread. Richer countries likely will be better able to adapt (for a while) than poorer countries. But even the lower range of impact likely means suffering on an unprecedented scale for the poorest inhabitants of the planet.

The pope, it seems, wants us to look at that possibility unflinchingly and understand that the responsibility falls on us all. Why? Because it's global patterns of consumption that are driving climate change.

Now, let's be clear. There is no sin in this. We ended up here based on a million collective decisions over two centuries. Many of these decisions were based in developing technologies that have led to a better standard of living for a whole lot of human beings. The problem, however, comes in when turning a blind eye to the recently discovered consequences of what we built. The entrance of values into those discussions is an explicit acknowledgement that continuing down this path is going to mean immense additional human suffering. For others, first, and then, quite likely, for ourselves, our children and our grandchildren.

In this way, what we value (for rational or spiritual reasons) implies a responsibility to act on those values. Pope Francis is in a unique position to push the climate debate past the fake "unsettled science questions" and into this new and uncharted public territory.

Making our values and their obligations the center of future climate discussions seems to be the point of the pope's upcoming encyclical. If he manages to move the dial in that direction, even a little, then his effort will, without doubt, matter for us all.