Accessibility links
Justice Scalia And The Age Of Humanity : 13.7: Cosmos And Culture Does it matter if Supreme Court Justice Antonin Scalia thinks humanity is 5,000 years old — as he noted in a commencement address? Anthropologist Barbara J. King thinks so.

Justice Scalia And The Age Of Humanity

Justice Scalia And The Age Of Humanity 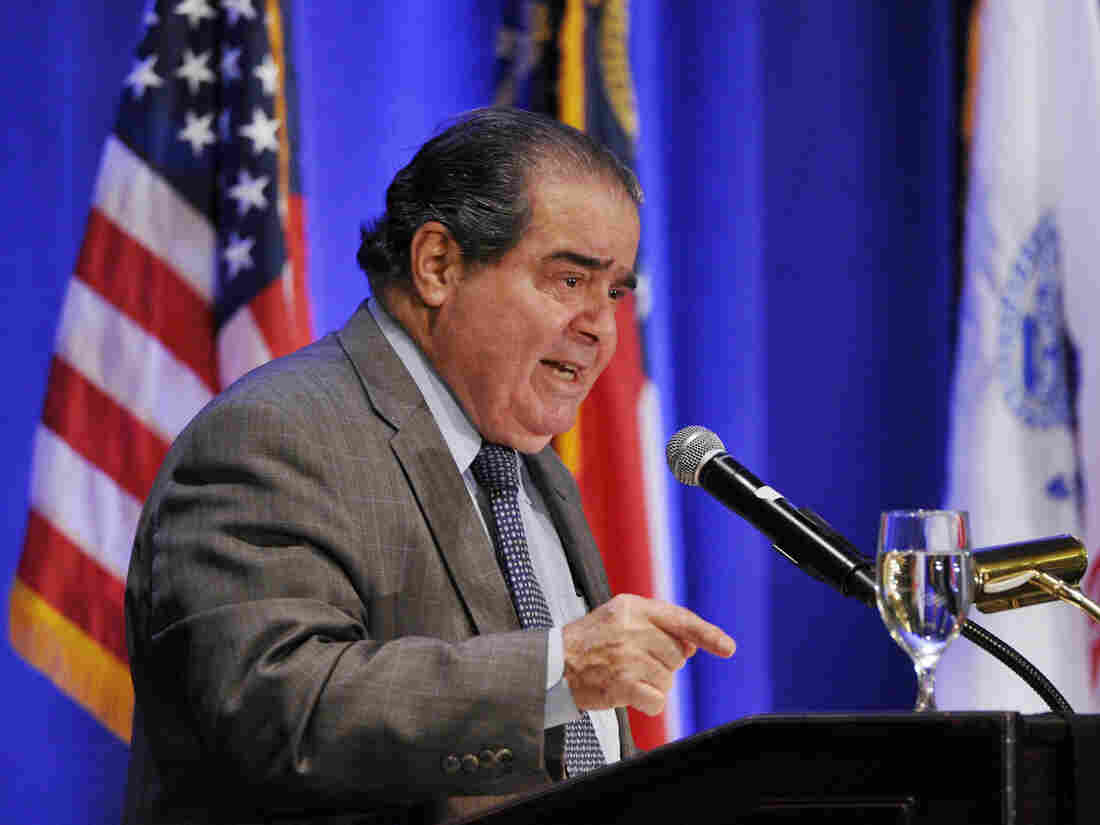 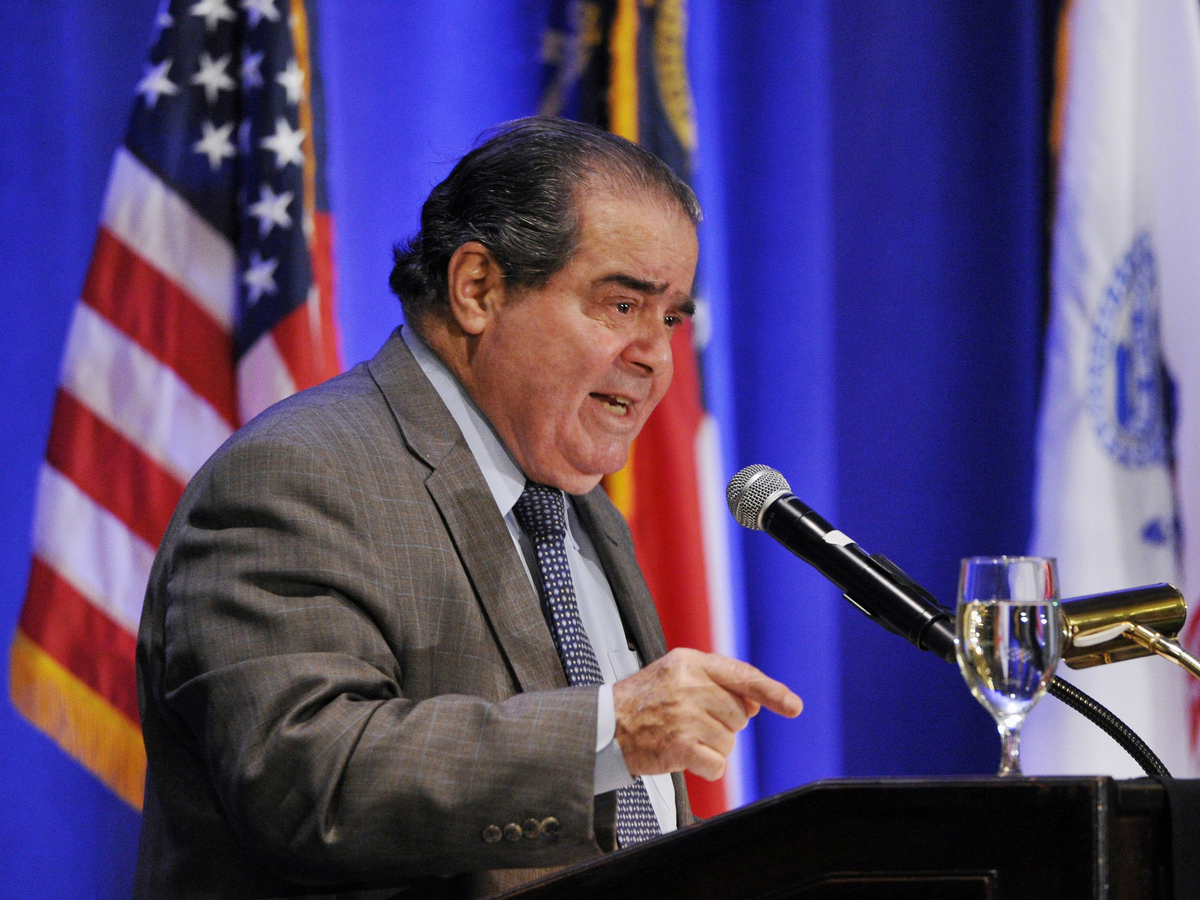 Earlier this month, Supreme Court Justice Antonin Scalia delivered a commencement address to the graduating class of the Stone Ridge School of the Sacred Heart in Bethesda, Md.

According to the Washington Post, Scalia drew laughter and applause as he spoke to the 79 graduates of the all girls' Catholic school, including his granddaughter. The article also says Scalia's speech included this statement:

"Class of 2015, you should not leave Stone Ridge High School thinking that you face challenges that are at all, in any important sense, unprecedented," he said. "Humanity has been around for at least some 5,000 years or so, and I doubt that the basic challenges as confronted are any worse now, or alas even much different, from what they ever were."

Humanity has been around for at least 5,000 years or so. What did Scalia mean by this? Was he publicly embracing young Earth creationism, a doctrine that holds our Earth and all its creatures were created only 5,000 or 6,000 years ago? Or was it just an offhand remark, not to be overblown, as evolutionary biologist Jerry Coyne thinks?

How we read Scalia's statement depends on how we define "humanity," of course. The human family tree began 6 million to 7 million years ago after a split with an African ape lineage. By 3.3 million years ago, our human-like ancestors were crafting stone tools.

Perhaps it's unlikely that paleoanthropological data like these figure into the definition of "humanity" that most people — even a Supreme Court justice — would use in a high school commencement speech. In my opinion, this, in itself, is shame at a time when our country strives for greater science literacy.

But, still, by any reasonable definition of "humanity" Scalia's time estimate is off — way off.

Homo sapiens evolved in Africa at around 200,000 years ago. By 100,000 years ago, our ancestors living in South Africa had developed a paint factory. Starting around 30,000 years ago, the famous cave paintings at France's Chauvet Cave were produced. While I don't consider artistic endeavor to be defining of humanity (some other animals may produce art, too), certainly these art-related achievements fit with our ancient humanity.

Does Scalia's misrepresenting of the timeline of humanity in a high-school commencement address matter? Of course it does.

In 1987, the Supreme Court, deliberating in the Edwards v. Aguillard case, overturned a Louisiana law that required creation science to be taught in the public schools when evolution was taught. The decision was 7-2, with Scalia as one of the two dissenters. Scalia's dissenting opinion is long, multi-faceted and includes this passage:

"The people of Louisiana, including those who are Christian fundamentalists, are quite entitled, as a secular matter, to have whatever scientific evidence there may be against evolution presented in their schools, just as Mr. Scopes was entitled to present whatever scientific evidence there was for it. Perhaps what the Louisiana Legislature has done is unconstitutional because there is no such evidence, and the scheme they have established will amount to no more than a presentation of the Book of Genesis. But we cannot say that on the evidence before us in this summary judgment context, which includes ample uncontradicted testimony that "creation science" is a body of scientific knowledge rather than revealed belief. Infinitely less can we say (or should we say) that the scientific evidence for evolution is so conclusive that no one could be gullible enough to believe that there is any real scientific evidence to the contrary, so that the legislation's stated purpose must be a lie. Yet that illiberal judgment, that Scopes-in-reverse, is ultimately the basis on which the Court's facile rejection of the Louisiana Legislature's purpose must rest."

As I understand this passage, Justice Scalia supports the notion that creation science "is a body of scientific knowledge." It is not.

If Scalia does believe that humanity is 5,000 years old (I sought comment from him for this post but had received no response as of publication), he has given us a new way to read his resistance to accepting the abundant "conclusive" evidence for evolution.

In 2015, the battle to teach evolution science in public school classrooms without so-called "competing ideas" (in fact there is no scientific basis for competition in this context) is far from over.

And there's no shortage of prominent leaders in the U.S. who reject scientific consensus on evolution — or other critical issues of the day: Senator Ted Cruz heads the Senate Commerce Subcommittee on Space, Science and Competitiveness even while he denies anthropogenic global warming. Cruz announced his presidential bid on the campus of Liberty University, where a Creation Hall depicts Biblical literalism and students are taught the world is 6,000 years old.

Adam Frank wrote earlier this year here at 13.7, "If we don't deal effectively with the rising tide of science denialism, the one thing we can be sure of is that there will be consequences." I would add that we can't work effectively to protect the wellbeing of our ecosystems without understanding how we have lived in them, shaped them and been shaped by them.