Accessibility links
Why We Need Philosophers Engaged In Public Life : 13.7: Cosmos And Culture Recent encounters we've had with issues of race, identity and moral responsibility are precisely the kind that benefit from the careful analysis of contemporary philosophers, says Tania Lombrozo.

Why We Need Philosophers Engaged In Public Life

Why We Need Philosophers Engaged In Public Life 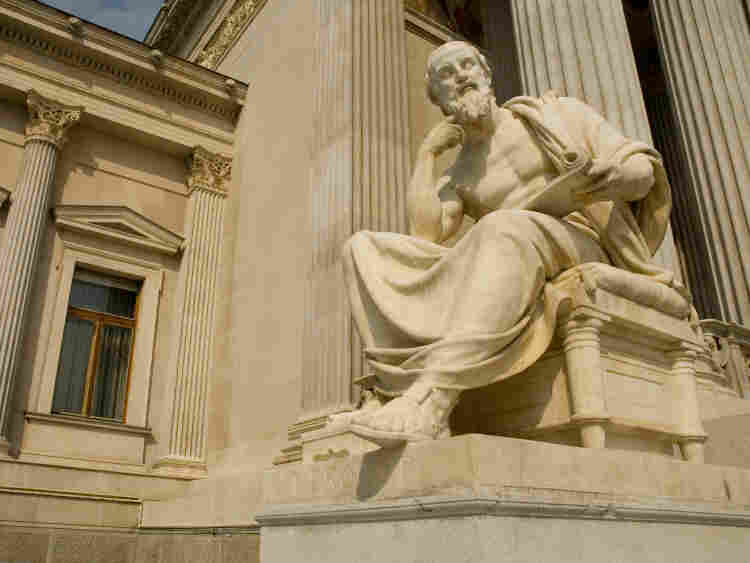 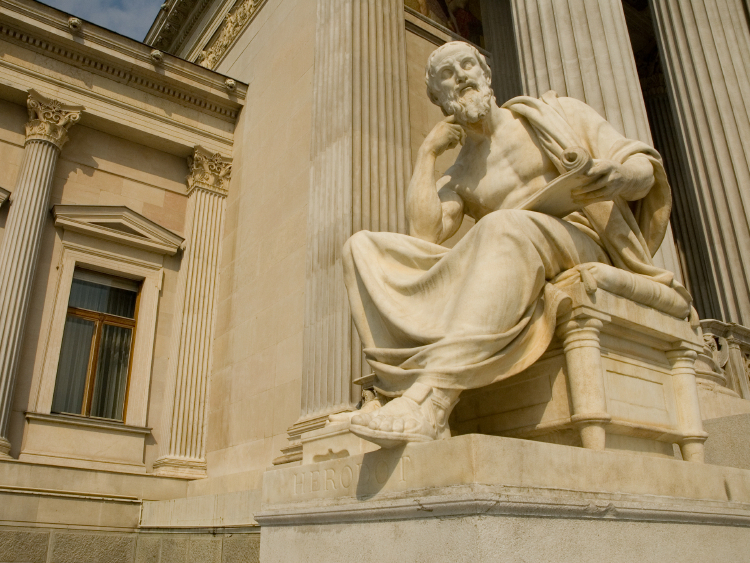 Say "philosopher" and most people imagine a bust of Socrates, obscure texts or intellectual tête-à-têtes in the so-called Ivory Tower, away from the muddle of real-life concerns. But three issues this past week made something clear: We need philosophers engaged in public life — and a public willing to engage them.

Issue No. 1: Rachel Dolezal, a woman born to Caucasian parents, was "outed" as white though she identifies as black.

The case raises a variety of questions. What determines a person's race? Is race a biological category or a social construct? If the latter, in what is it grounded? These questions force us to confront issues in philosophy of language about what determines a word's meaning (such as "white" and "black"), issues in philosophy of biology about the status of race as a meaningful biological category (short answer: it's probably not), issues in social constructivism about what race might amount to as a social construct (something grounded in history and ancestry? in social identity?) and much, much more.

The list of philosophically charged questions goes on: Is there a morally or politically significant asymmetry between a black person "passing as white" and a white person "passing as black"? Is Dolezal "transracial" just as some people are "transsexual," or are there important differences between race and sex with implications for how to think about Dolezal's case?

In a thoughtful discussion at the philosophy blog Daily Nous, over half a dozen philosophers weigh in on these issues. The discussion is surprisingly accessible, and a heck of a lot more sophisticated than anything I've seen in mainstream venues.

Issue No. 2: Nine black Americans were killed in a tragic shooting in Charleston, S.C.; the shooting suspect a white supremacist.

Was the act a hate crime? Was it an act of terrorism? You can read perspectives across the Web, at The Daily Beast, The Washington Post, New York Magazine and many more sites. There are legal matters at stake, but also social, political and moral ones — of precisely the kind that benefit from the careful analysis contemporary philosophers are skilled at performing.

And then there are issues of moral responsibility. A friend of the shooting suspect apparently took away his gun, worried that he'd follow through on threats to "do something crazy," but ultimately returned it. Does he bear any responsibility for the shooting? The United States has repeatedly failed to pass effective gun regulations. As President Obama forcefully articulated:

Do we, as voters, bear some of the responsibility for the shooting? Do politicians?

Analyses of causal and moral responsibility crop up across philosophy — in metaphysics, ethics and legal philosophy, to name just a few. Philosophy is also a good place to look for critical arguments (as opposed to gut reactions) on issues like racism, eugenics and violence.

Issue No. 3: Pope Francis released a statement identifying climate change as a global problem, though one that will disproportionately affect the poor. He urged developed countries to limit the use of nonrenewable energy sources and help other countries on a path to sustainable development.

As Adam Frank pointed out in his 13.7 post last week, when it comes to the origins of climate change, the science is more or less settled. "It's no longer really about the science," he writes. Instead: "The leader of one of the world's major religions is injecting something into the debate that has mostly been missing: the question of values."

Enter philosophy — whether or not it goes by that name. Many questions fall under the purview of philosophy precisely because they're entangled in values — they're not only about the science, the realm of the factual. And in the case of climate change, there's no less at stake than the fate of our species and our planet.

Answers to these questions will guide policy and politics. Let's hope we answer them wisely — with the thoughtfulness, care and rigor that characterize the best philosophy.

Like any academic discipline, philosophy has its specialties and sub-specialties, its own jargon and insider disputes. I admit: A lot of philosophy can be obscure, at least to the uninitiated. And a lot of philosophers do spend their time in the field's inner crannies (just like scientists and any other specialists), shielded from the 24-hour news cycle. (Jonathan Jenkins Ichikawa, a philosopher writing a book about knowledge and knowledge ascriptions, joked last week in a tweet: "I keep accidentally thinking about the world instead of focusing like I should on the semantics of knowledge ascriptions.")

But we do need philosophers engaged in public life, and that requires something from the public, too: a better appreciation for what contemporary philosophers actually do and what they can contribute.

When a political issue concerns the economy, we often turn to economists — they're quoted in news stories and interviewed on air. When a policy issue concerns the environment, we sometimes hear from ecologists or biologists of an appropriate ilk. But when it comes to the kinds of issues we've confronted in a single week of news — issues about race, identity, moral responsibility and more — we rarely hear from philosophers. I think it's time we did.