Accessibility links
How Trauma Shapes The World We Know : 13.7: Cosmos And Culture Commentator Alva Noë takes a look at a new study showing that PTSD sufferers experience the presence of real threats the rest of us cannot see.

How Trauma Shapes The World We Know

How Trauma Shapes The World We Know 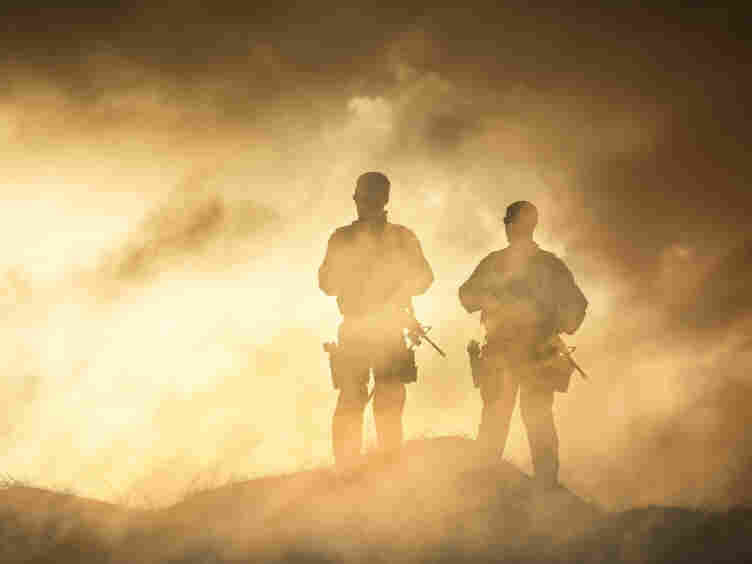 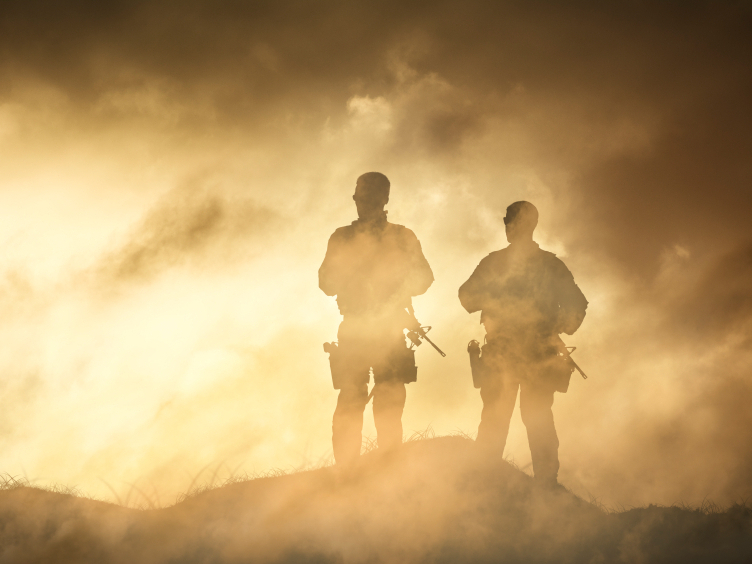 A new study by Rebecca Todd, and colleagues at the University of British Columbia and the Hospital for Sick Kids in Toronto, shows that that they really do. That is, they experience the presence of real threats the rest of us cannot see.

Todd and team examined Canadian combat veterans — half of whom were diagnosed with PTSD — and also non-veterans using MEG (magnetoencephalography), as the vets performed a perceptual-cognitive task. The task was to name the words in green font in a very rapid serial display of words in normal black font. It's easy to spot the first green word, but if the second word comes very quickly after the first — a matter of a few tenths of a second — normal subjects will tend to be unable to perceive it. This is known as the "attentional blink" (AB) and is thought to reflect the fact that perceivers can't redirect their attention quickly enough.

What Todd and her team found was that the AB was attenuated — there was emotional sparing — for healthy combat veterans, as compared to non-soldiers. That is, the vets were more sensitive to the hidden words when those words had to do with combat. But here's the punchline: Soldiers with PTSD were even better.

This heightened sensitivity has costs, as well. Combat vets are more sensitive to threat words than non-soldiers are but, it turns out, they are less sensitive to words with no particular emotional valence. It is as if the greater sensitivity to danger is purchased at the price of a relative neglect of the safe. And this effect is enhanced in soldiers with PTSD.

Eric Kandel, in early work on memory for which he won the Nobel Prize, showed that a snail that has been roughly poked will become hypersensitive. The lightest touch will cause it to recoil as if from violent contact. If it is touched again and again, however, it will, over time, habituate; it de-sensitizes — meaning, eventually, it will hardly respond at all, even to vigorous touch.

Perhaps it is not a stretch to say that individuals with PTSD are like snails that never habituate. The effect of their trauma is to make them more sensitive to the dangers around them. And, like the snails, less perceptive of non-threatening touch.

These findings fit with a picture in which people who have never served in the army, combat vets and combat vets with PTSD line up along a spectrum. This, in turn, goes along with the idea that the difference between the vets with and without PTSD is, as it were, just a matter of degree.

But one of the remarkable upshots of Todd's work — and this turns on the brain findings using MEG — is that it suggests this continuity view is wrong. The healthy combat vets show neural activation in areas connected to emotional arousal, but then quickly show activation in areas that dampen these effects. They are able to regulate their emotional response. The soldiers clinically diagnosed with PTSD showed a very different pattern of activation: The neural markers of emotional regulation are absent. Instead, what is found is a lighting up in visual cortex. This is interpreted to signify something that we already know to be the case, just on the basis of common sense: Those with PTSD get captured by their emotional response. It resonates for them and won't let them go. Todd's work gives, it would seem, a neural measure of the clinical phenomenon.

As Todd stressed in a Skype interview with me Tuesday, this result is a long way from offering anything like a diagnostic tool. She is describing average responses, after all. It's consistent with her findings that individuals with and without PTSD show a broad range of different neural and perceptual-cognitive results.

But perhaps there is some news we can use here when it comes to the lives of individuals suffering PTSD. If Todd is right, PTSD is a phenomenon whose effects can be discerned at time scales of tenths of a second, that is, the time scales at which the AB operates. Todd wondered whether this suggests that it is unlikely that conversation or talking therapy is going to offer effective treatments.

Perhaps. But maybe the work shows just the opposite. The neurological embodiment of PTSD, according to these findings, is robust. And Todd's work shows that soldiers with PTSD "process" cues associated with their combat experience differently even than other combat veterans. But what seems to be driving the process that Todd and team uncovered is the meaningfulness or emotional valence of the cues themselves. Whether they are presented in very rapid serial display or in some other way, what matters is that those who have been badly traumatized think and feel. And surely we can modify how we think and feel through conversation?

Indeed, what makes this work so significant is the way it shows that we can only really make sense of the neural phenomena by setting them in the context of the perceptual-cognitive situation of the animal and, vice-versa, that the full-import of what perceivers say and do depends on what is going on in their heads.