Accessibility links
Science And The Agony Of Ignorance : 13.7: Cosmos And Culture Astrophysicist Adam Frank reflects on the fact that while many of his questions for the universe can be answered, some are beyond him now — and may remain so for the rest of his life.

Science And The Agony Of Ignorance

Science And The Agony Of Ignorance 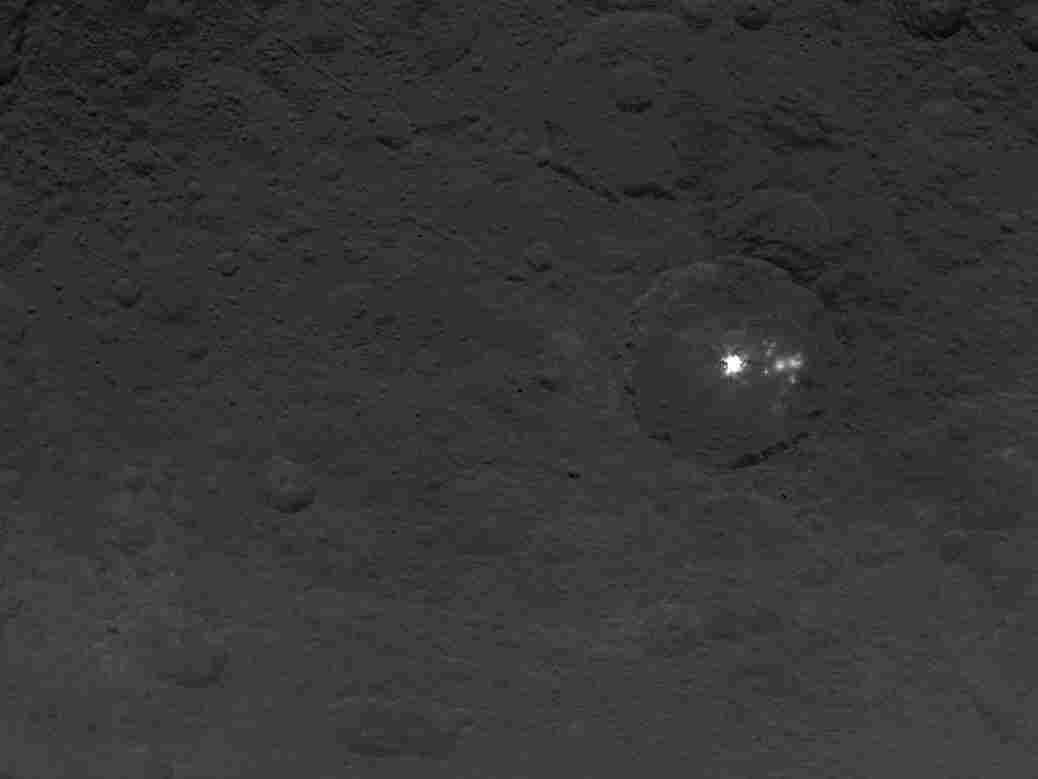 A cluster of mysterious bright spots on dwarf planet Ceres can be seen in this image, taken by NASA's Dawn spacecraft. NASA/JPL-Caltech/UCLA/MPS/DLR/IDA hide caption 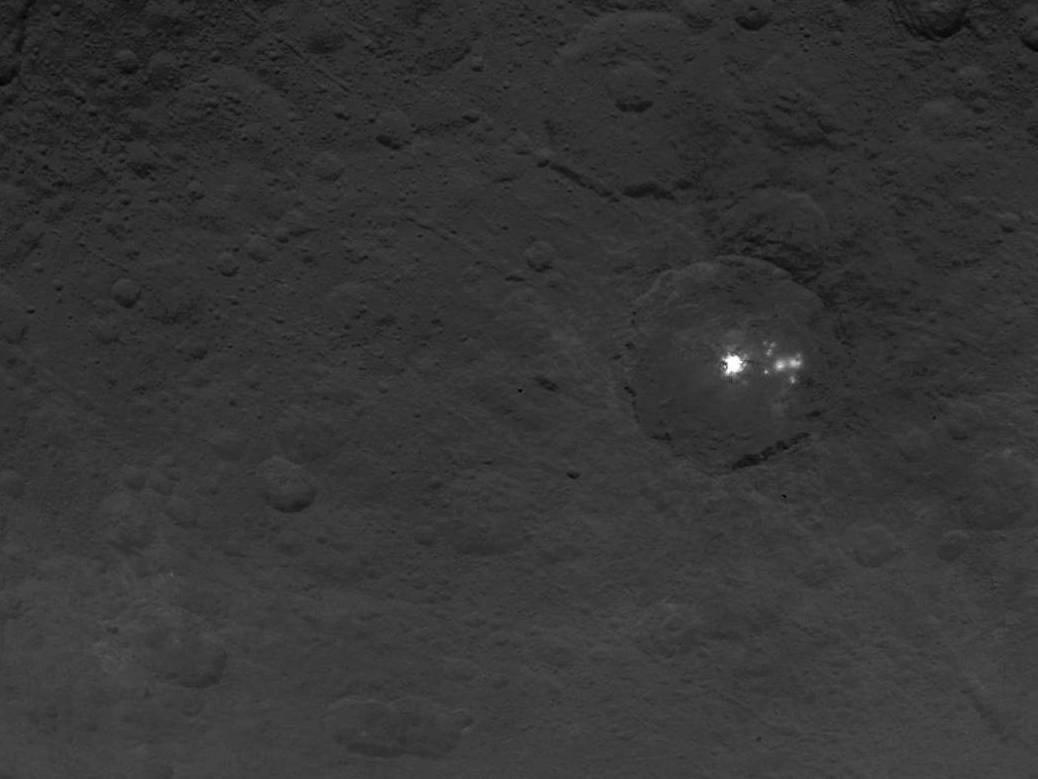 A cluster of mysterious bright spots on dwarf planet Ceres can be seen in this image, taken by NASA's Dawn spacecraft.

Ceres is the largest body in the asteroid belt. For billions of years, it has been out there, biding its time, orbiting 250 million miles from the sun.

Now, for the first time, a robot emissary from Earth has made the long dark journey to Ceres, revealing it to be a spherical, cratered world awash in the color of gray mud. Except, however, for the bright spots. The weird, mysterious bright spots.

As of this writing, NASA has found a series of bright spots on Ceres — and their nature is completely unknown. They could be highly reflective ice. They could be salt deposits.

Or, they could be something else. Would it help if I told you that some of the spots have vaguely pyramidlike shapes?

Yes, science fiction fans, the mystery spots on Ceres just might be the beginning of one of the great tropes of the genre: alien artifacts in a dim corner of the solar system waiting for humanity to discover and awaken them.

Of course, its overwhelmingly probable that alien artifacts are exactly what the bright spots are NOT. But the real point here is that we just don't know.

Why is that important? Well, clearly, the question "What the hell are those damn bright spots?" does have an answer. And whatever that answer is, it's independent of our beliefs or our hopes. In other words, it's an answer that's out there right now. We, however, are stuck with ignorance — and the agony of ignorance — that's particular to science.

About 500 years ago, human beings began codifying an approach to the world called science that was based on a mix of rational argument and empirical observation. More than anything, it was a way of entering into a dialogue with the cosmos. We ask the universe certain kinds of well-formulated questions and the universe provides answers in the "coded" form of data. Unpack the data using math and reason and — with lots of patience — you get a cherished answer to your cherished question.

Using this approach, we have knocked down an impressive list of unknowns. Where do plants get their energy to grow? Why do stars shine? What is matter made of at small scales? In all these cases, science provided definite answers to our definite questions — and that was a reason to celebrate. The answers were both testaments to the limitless beauty of this universe and to the creative genius of human beings in revealing that beauty.

But along with this great beauty comes something much harder to bear. What do you do about the answers that lie beyond your reach?

I've spent much of this month working on two papers about the evolution of intelligence in the universe. The question my colleagues and I are addressing is, at the root, pretty simple: Have other species on other planets evolved intelligence? It's a well-formulated question and it is a question that must have an answer. In my lifetime, however, I am probably never going to know that answer.

I am ignorant and it's killing me.

There are many questions like this. Some are big and some are small. We have, for example, strong evidence of the presence of a deep ocean hiding beneath the icy crust of Jupiter's moon Europa. Does that ocean really exist? If so, what is it like? What processes are going on right now in its dark currents? These questions must have answers — but if you are a planetary scientist in your 70s it's unlikely you are going to be around when we land a probe on Europa, drill through the ice and answer them. That's the agony of ignorance.

What about the epoch making questions? How did life on Earth begin? What happened before the Big Bang? Why does time run forward rather than backward? Each of these issues has huge implications for our understanding of reality and the meaning of human life here on Earth. But each of them is so difficult that it may take many lifetimes of research to figure them out. That means generations of scientists will spend their entire careers chipping away at the path to an answer and die not knowing the answer itself. That, too, is the agony of ignorance.

In my worst moments, I am filled with despair. I have so many questions for the universe and many of them, I know as a scientist, can be answered. But the answers are beyond me now and may remain so for my whole life.

It seems so unfair.

Luckily, those moments don't last. It my best moments, I remember that I was born in a society where this process of science has been allowed to flourish and expand. It has revealed to all of us so much more than even our grandparents could have imagined. So, yes, maybe I won't know if there are other intelligences out there in my lifetime. I did get to see many things no humans before me have laid eyes on — including the surface of a dwarf planet. That makes up for a lot of ignorance.

P.S. I will, however, still be holding out hope for some cool alien pyramids on Ceres.