Accessibility links
What You Really Know About Bicycles : 13.7: Cosmos And Culture It turns out the science of bicycles is surprisingly complex and only partially understood, falling under the "Illusion of Explanatory Depth" phenomenon, says psychologist Tania Lombrozo.

What You Really Know About Bicycles

What You Really Know About Bicycles 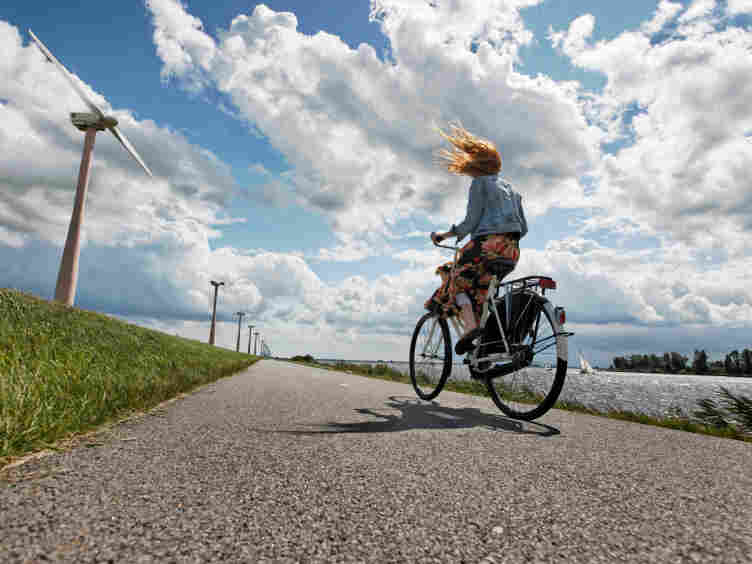 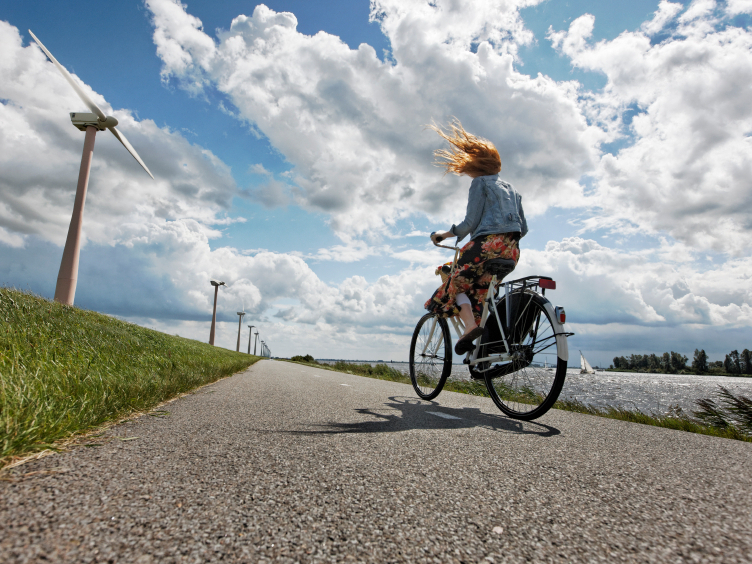 About 94 percent of Americans know how to ride a bike. For some, it's a primary form of transport, for others an occasional diversion.

But for just about everyone, bicycles are a familiar artifact of contemporary life — a simple device that's easy to recognize and easy to understand. Unlike a car, or even a motorcycle, a bicycle's mechanism is straightforward and on display. We can all appreciate how the pedals make the wheels turn, how steering works, and why bikes don't simply fall over. Right?

It turns out the science of bicycles — "bicycle dynamics" — is surprisingly complex and only partially understood. And when we turn from experts to laypeople, those of us who occasionally ride a bike but wouldn't know a coefficient of friction if it stopped us in the street — well, our ignorance is pretty impressive.

A paper by Rebecca Lawson — cleverly titled "The science of cycology" and published in the journal Memory & Cognition -- investigated people's understanding of bicycles. What she found was that many people fall flat on the basics.

Lawson's findings contribute to existing research documenting an "Illusion of Explanatory Depth" — the phenomenon whereby people tend to overestimate their understanding of how everyday objects — such as toilets, microwaves and helicopters — work. Researchers Leonid Rozenblit and Frank Keil, who originally documented the illusion, speculated that we might mistake our functional understanding of how something works for true mechanistic insight. We know that pushing the pedals makes the wheels turn, for example, but we mistakenly assume that we therefore know something about how and why.

Illusions of understanding (at least, of "bicycle understanding") may even plague scientists. As recently as 2011, new research changed scientists' understanding of how bicycles stay up and automatically steer themselves to recover from a tip. The researchers showed that neither gyroscopic precession of the front wheel nor a caster effect — the two factors that were thought to explain a bike's stability — were necessary to create a stable, self-steering bike.

To learn more — and to see a stable, self-steering bicycle in action — check out this nice video published last week by MinutePhysics, which explains some of what we do know (or think we know) about bicycles, and which prompted the topic of this week's post: