Accessibility links
Our Robot Servants : 13.7: Cosmos And Culture If robots pose a danger, it's because, like cars, cranes and jackhammers, they're heavy machinery operating outside the performance specifications of flesh and blood human beings, says Alva Noë. 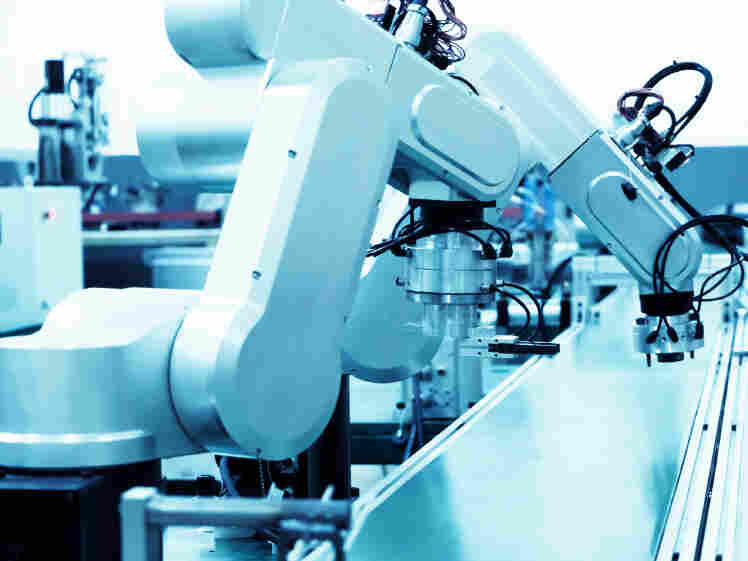 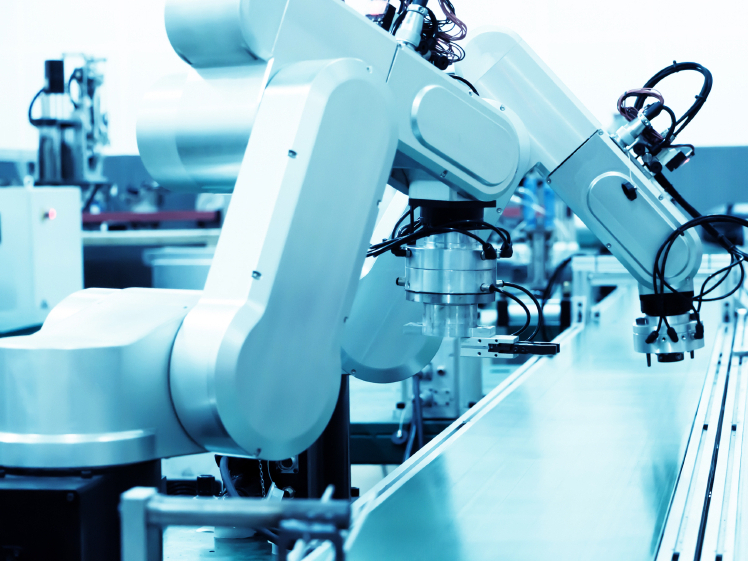 Industrial robots are big machines capable of merciless speed and power. In a recent report in Time, a robot "grabbed and pushed" a man against a metal plate at a Volkswagen production plant, crushing him.

If robots pose a danger, it isn't because they are so smart and threaten Terminator-style to take over the world. It's because, like cars, cranes and jackhammers, they're heavy and dumb and operate outside the performance specifications of flesh and blood human beings. Robots are dangerous machinery, not 21-st century rivals.

This was the theme of a short essay by Quentin Hardy at The New York Times. He cites Oren Etzioni, of the Allen Institute for Artificial Intelligence, who refers to modern computers as "overgrown pencils." Not agents, but tools.

A marvelous and surprising take on the power and facility of brutish machines is a recent art installation by American choreographer William Forsythe. Forsythe, working with the programmer Sven Thöne, as well as his long-time collaborators Max Schubert and Julian Gabriel Richter, makes something frightening and gorgeous. The industrial robots are programmed to wave massive flags on long poles, the sort of flags you might see soccer fans or political demonstrators waving, but way too big for actual people to handle effectively.

The documentary below — made in connection with the exhibition at the Kunsthalle in Lipsiusbau and the Staatliche Kunstsammlungen Dresden — is mostly in German — but watch it for the images of what these machines can do. And what we can't.