Accessibility links
Would Voters Entrust The White House To An Atheist? : 13.7: Cosmos And Culture Many Americans say they would not vote for an atheist for president. It's based on incorrect assumptions about the connection between ethical behavior and religious belief, says Tania Lombrozo.

Would Voters Entrust The White House To An Atheist?

Would Voters Entrust The White House To An Atheist? 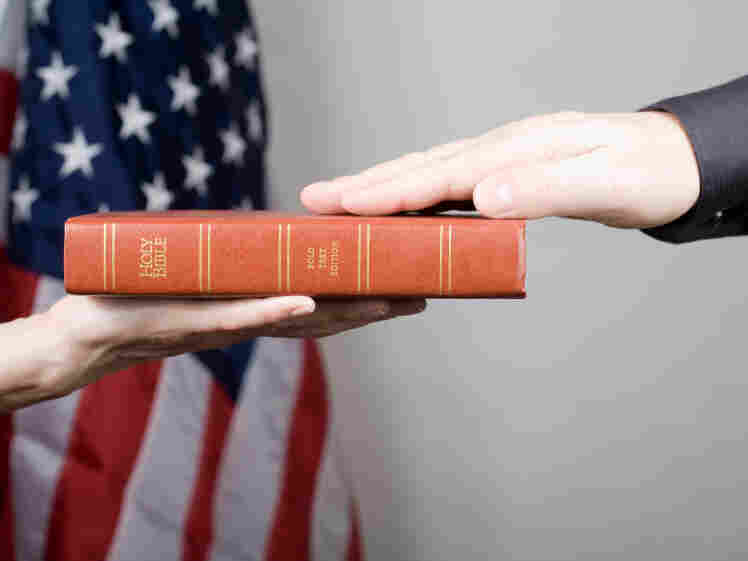 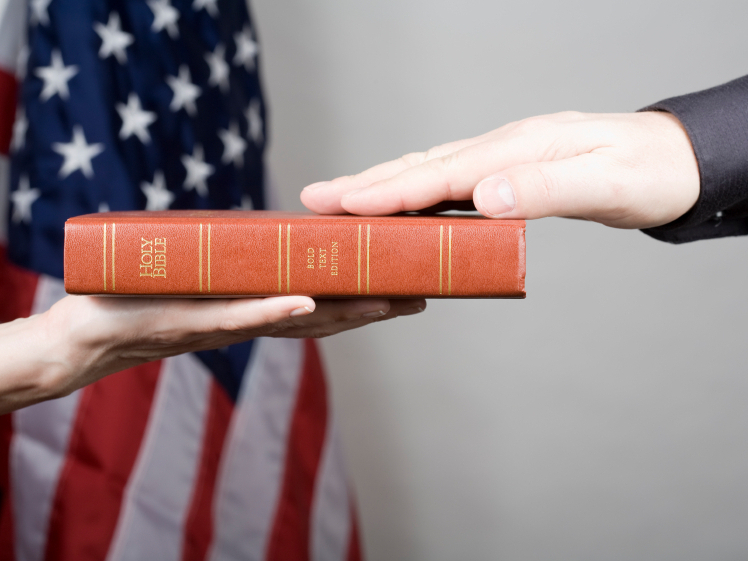 In a 1958 poll of Americans, only 18 percent of respondents said they would vote for a generally well-qualified presidential candidate nominated by their political party if that person happened to be an atheist. In 2015, that number has jumped to 58 percent.

Yet, even today, 40 percent of respondents say they would not vote for an atheist.

As I wrote in a 2012 post, this seems to boil down to distrust. And that distrust stems from an assumption about the relationship between morality and religious belief. If immoral behavior is only averted by religious belief — the thought goes — then for atheists, anything is permitted.

Many have pointed out that this assumption is deeply problematic. For instance, in a nice article at The New York Times' philosophical forum, The Stone, philosopher Louise Antony writes:

"Think now about our personal relations — how we love our parents, our children, our life partners, our friends. To say that the moral worth of these individuals depends on the existence of God is to say that these people are, in themselves, worth nothing — that the concern we feel for their well being has no more ethical significance than the concern some people feel for their boats or their cars. It is to say that the historical connections we value, the traits of character and personality that we love — all count for nothing in themselves. Other people warrant our concern only because they are valued by someone else — in this case, God. (Imagine telling a child: "You are not inherently lovable. I love you only because I love your father, and it is my duty to love anything he loves.")"

After quite a bit more argument and exposition, she concludes: "The capacity to be moved by the moral dimension of things has nothing to do with one's theological beliefs."

Philosophical arguments aside, one might wonder about the everyday reality. Are atheists any less trustworthy than believers? Could it even be the reverse — that atheists tend to engage in more ethical behavior than believers? These are, by and large, empirical questions, and they're questions that some scientists have been rigorously tackling.

For the latest from the scientific front lines, I recommend the two videos below, recorded at a conference earlier this year and just made available to the public.

In the first video, psychologist Azim Shariff, a professor at the University of Oregon at Eugene, takes up the question of whether belief in God makes you good. The answer is more nuanced than you might expect, with evidence that religious people are more prosocial in their behavior than atheists, but only in religious contexts or when their religious identity is otherwise made salient. Importantly, though, God isn't the only way to be good: Secular institutions can play a similar role, with a variety of non-religious contexts and markers of identity expected to have the same effects.

In the second video, psychologist Will Gervais, a professor at the University of Kentucky, presents research on popular perceptions of atheists and offers compelling (and occasionally shocking) data on the perceived link between atheism and immoral behavior. His research suggests a close connection between atheism and distrust, precisely because people assume we need God to be good.

Putting these pieces together, the story is this: On the one hand, we don't need God to be good — either as a matter of philosophical foundations, or as a matter of human psychology; on the other hand, many people believe that we do.

The result is distrust of atheists. And unless people correct their assumptions about the relationship between ethical behavior and religious belief, we're not likely to see an openly atheist presidential candidate make it to the White House anytime soon.

Professor Azim Shariff discusses the psychological and social consequences of religious (dis)belief at the Breaking New Ground in the Science & Religion Dialogue workshop held at UT Austin in April 2015.

Professor Will Gervais discusses popular perceptions of atheists at the Breaking New Ground in the Science & Religion Dialogue workshop held at UT Austin in April 2015.