Accessibility links
Sharing Grief Across Species Lines : 13.7: Cosmos And Culture Anthropologist Barbara J. King explores how she found her own grief eased after the death of her mother by helping a traumatized cat that had lost its human and animal families. 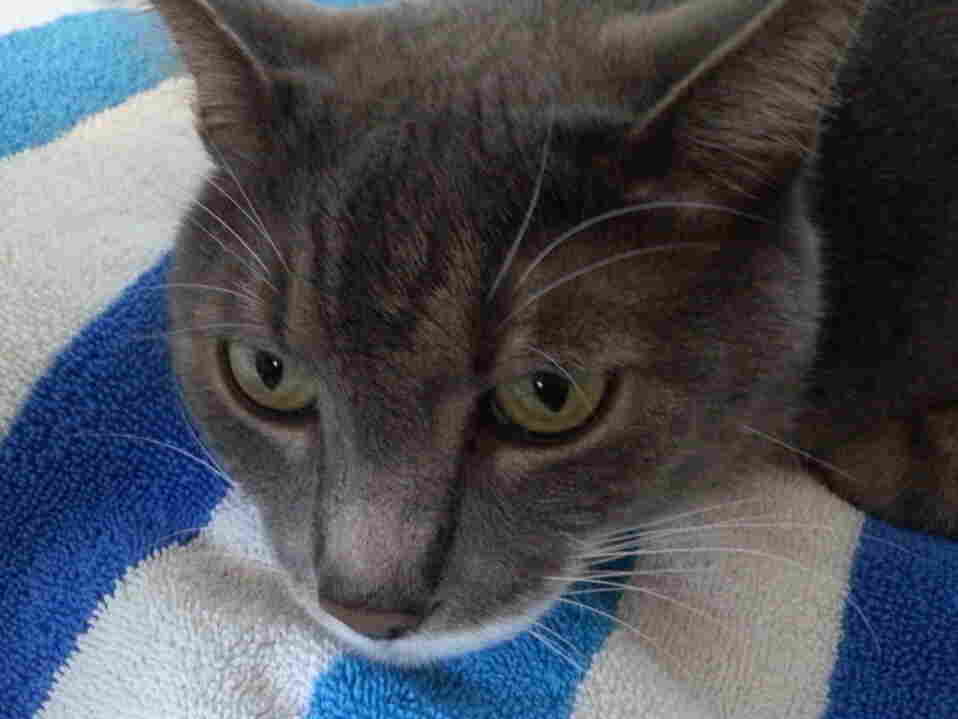 Barbara J. King says that caring for Bootsie has helped her deal with her grief over the death of her mother. Courtesy of Barbara J. King hide caption 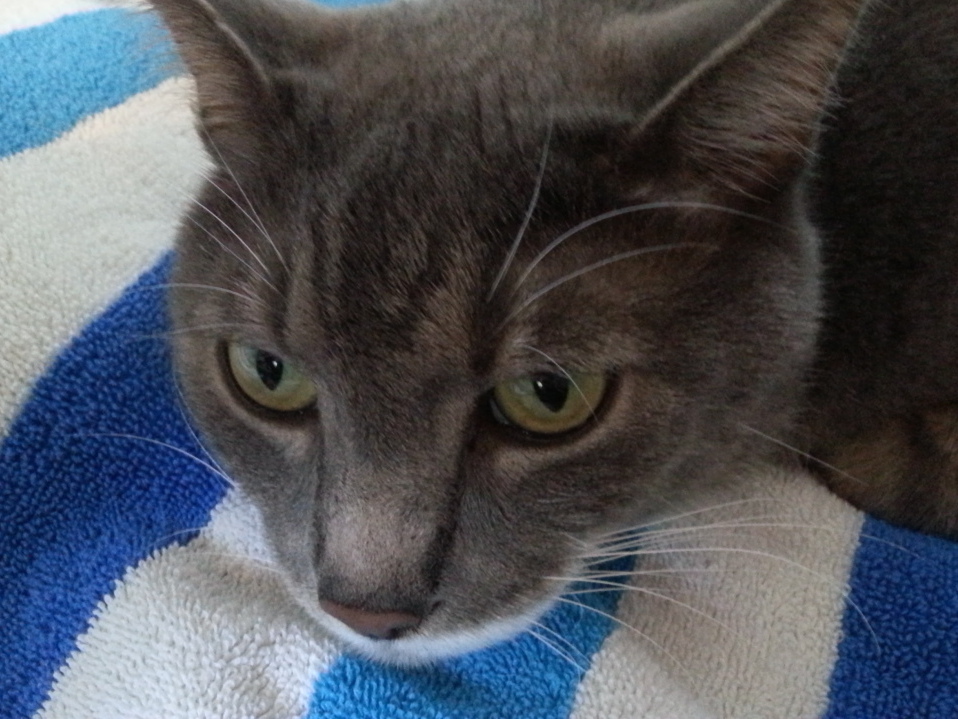 Barbara J. King says that caring for Bootsie has helped her deal with her grief over the death of her mother.

A few months ago, a 10-year-old gray-and-white cat called Bootsie was taken, together with his mother and brother, to an animal shelter in Virginia. The caretakers of the cats said they were just too old to care for animals anymore.

Bootsie's mother and brother were sent away to another animal shelter in the state. Bootsie, deemed "too shy" and thought to have a low chance of being adopted, ended up at the Animal Resource Foundation a few miles from my house, where the hope was that he might be socialized with some extra attention in a place quieter than the shelter.

I heard about these events from my husband, who had begun to visit Bootsie on weekends, making sure he had good food and good company (as did other animal-rescue friends of ours).

Shortly after I learned of Bootsie, my mother died. She was 88 but still, it happened suddenly; I felt sorrowful and disoriented.

After returning home from an out-of-state trip to memorialize my mother, I couldn't get Bootsie out of my mind. A photograph showed him in his cage, hunkered down underneath a blanket inside an empty litter box. Only his eyes peeped out.

Like me, Bootsie was grieving. He had lost everyone that mattered to him.

Even as I went about doing all the practical things that have to happen following the death of a parent, I thought about this cat. After discussion with the Animal Resource Foundation, my husband and I brought him to our home in late April, about two weeks after my mother's death. "We'll foster him for adoption," we told each other.

Bootsie was in a traumatized state. Released from his cat carrier, immediately he hid under the bed in my study. I spent hours in that room with him, quietly reading and writing, and talking in soothing tones to him about this and that.

At first, I had to contort myself into bizarre positions in order to reach him under there, and pet him a little, which he allowed pretty much right away. Little by little, he began to emerge into the room. At the slightest movement or noise, though, back underneath the bed he would dive.

In the 3 1/2 months since Bootsie arrived, both he and I have made progress working through our grief. Our two sets of emotions aren't identical, of course. Bootsie is dealing with an acute sense of loss through separation from his cat family and his human one; there's no reason to think that he thinks about death. I do, though.

I am steeped, too, in memories of my mother's life, and all the things we shared together. I tear up at odd times, as I did in an airport recently when I saw an elderly woman sitting alone in a wheelchair (as I often would find my mother upon arrival, when visiting her). Does Bootsie sit and think about his mother and brother, and their years together? I don't know.

I do know that at its heart, grief is grief. And it hits hard.

Trying to ease Bootsie's grief has helped ease my own. Setbacks do occur. When anyone visits us, Bootsie still hides — and every night he retreats to his safe room. Still, I delight in his strides forward. He ventures frequently now farther into the house. When he encounters other cats along the way, with their varied degrees of hissing and posturing, he often stands his ground. Many evenings, he relaxes in the den with us as we read or watch television. Now and then, he seems downright carefree as he tosses cat toys around with a wild look in his eye.

Right now, my life at home is colliding in an interesting way with my life speaking and writing about animal grief. On Monday, the BBC's weekly radio show The Forum aired a program on grief. Three guests — Susana Moreira Marques, Bharati Mukherjee, and I — discussed with the show's host expressions of grief among people and other animals.

During the show, I offered examples about mourning in elephants and birds, taken from my last book, and described how important it is that we apply an understanding of animals' emotions to our loving treatment of other species.

I didn't speak about Bootsie. He isn't part of my scientific framing of animal grief.

He's part of me now, though, of us. Bootsie has been amazingly resilient in wanting to love again.

That idea we had of fostering him for adoption? Long gone. Bootsie is here to stay.