Accessibility links
Nature May Have A Profound Effect On Our Religiosity : 13.7: Cosmos And Culture Barbara J. King considers a new study that finds rates of affiliation with religious organizations are lower in places with favorable natural amenities and climates than in other places.

Nature May Have A Profound Effect On Our Religiosity

Nature May Have A Profound Effect On Our Religiosity 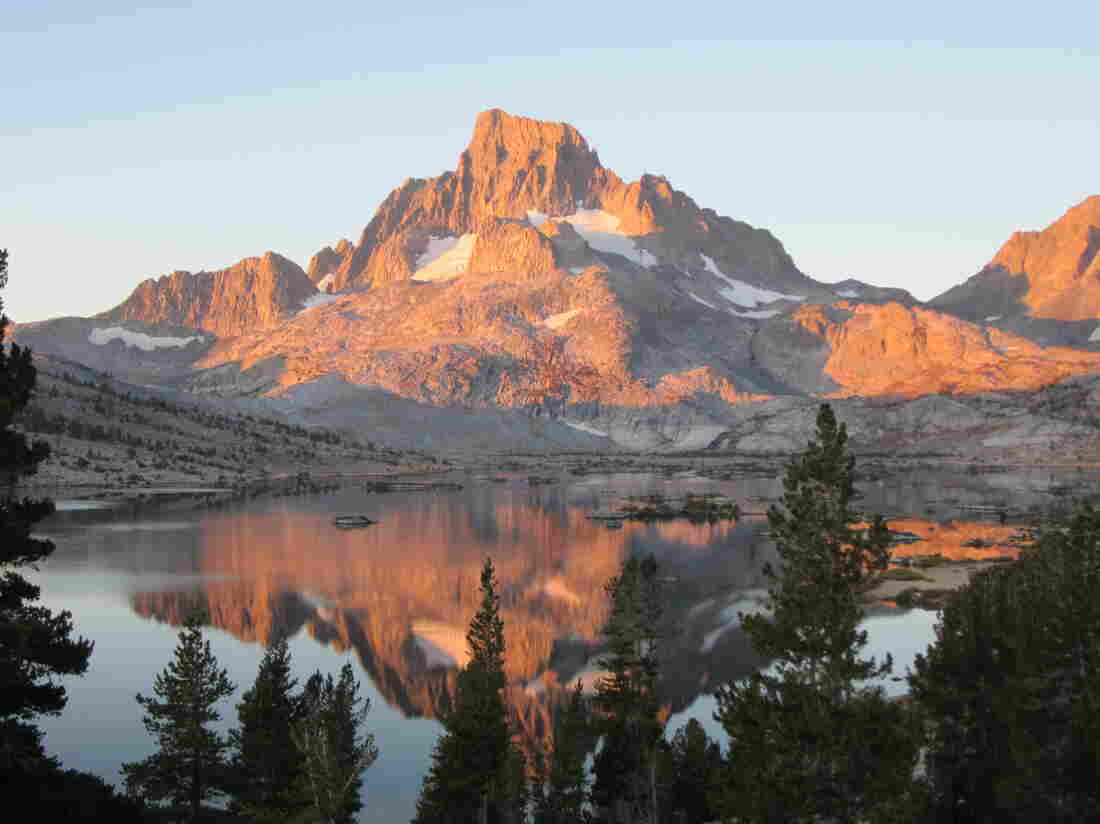 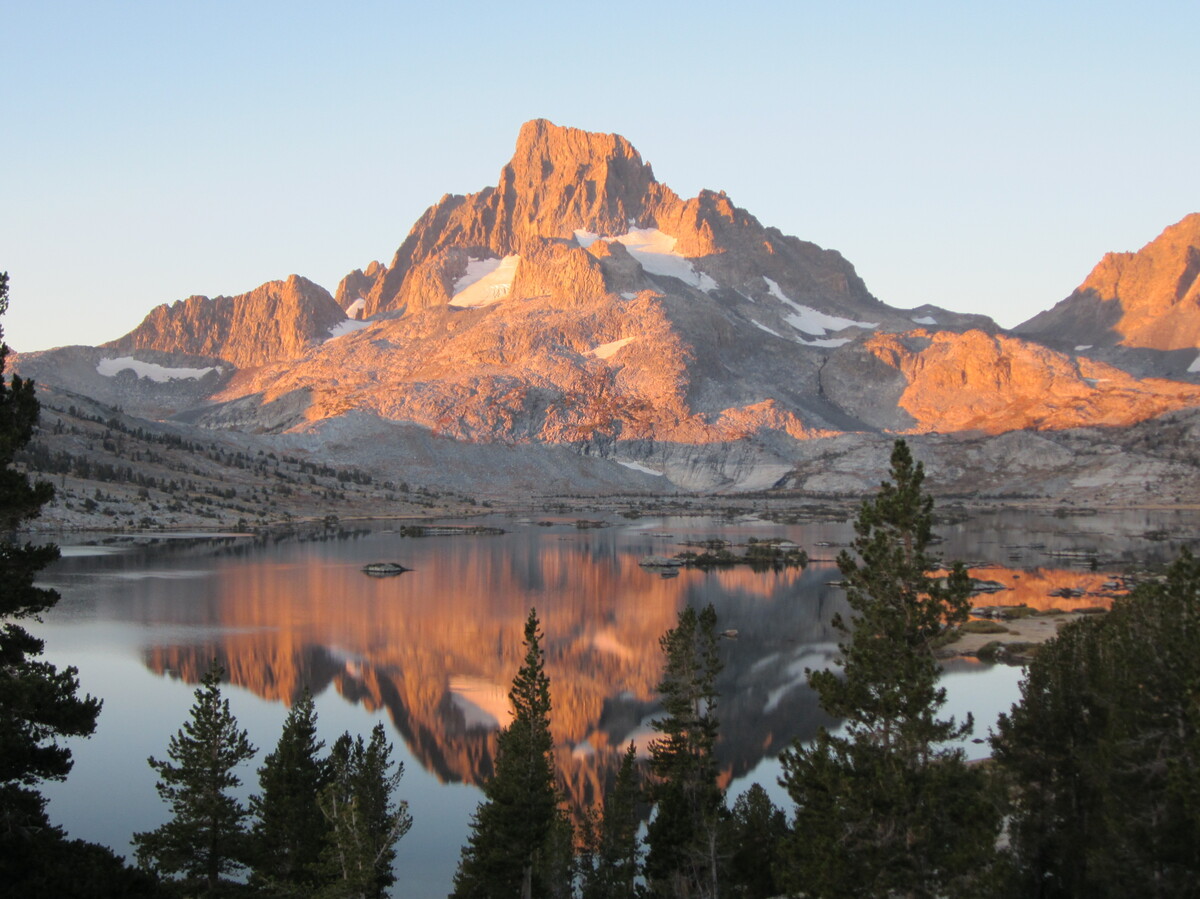 Banner Peak in the Ansel Adams Wilderness outside Yosemite National Park in California.

In U.S. counties with warm winters, temperate summers and beautiful natural resources — like beaches, lakes, hills or mountains — people's rates of affiliation with religious organizations are lower than in other places, according to a new study.

The study's authors, Todd W. Ferguson and Jeffrey A. Tamburello of Baylor University, write in the journal Sociology of Religion: "Natural amenities can be considered as a resource for spirituality that has the power to satisfy some people's need for inspiration, awe and divine connection ... When a person hikes in a forest to connect with the sacred, she or he may not feel the need to affiliate with a religious organization because her or his spiritual demands are met."

I first read about this study in a USA Today article headlined "God competes against Mother Nature on Sundays" and wondered right off about definitions. Worshipping God, affiliating with a religious organization and experiencing a sense of spirituality may all overlap — but certainly they're not the same. How do the Baylor researchers distinguish these dimensions, and how did they measure an area's natural resources?

Ferguson and Tamburello make use of a very cool USDA map that plots the results of the Natural Amenities Scale, which measures natural amenities in each of 3,107 U.S. counties (essentially all counties in the lower 48 states). Those amenities are assessed by six qualities people prefer, according to previous research: warm winter, winter sun, temperate summer, low summer humidity, topographical variation and water area, each precisely defined.

As the Washington Post reports, Ventura County, Calif., took the nation's top spot based on this ranking system; in fact, every one of the top ten counties is in California.

Measuring religiosity was trickier. In their paper, Ferguson and Tamburello use the term "religious adherence." Earlier this week, I asked Ferguson by email to clarify for me what precisely this means, and he replied in this way:

To help control for a county's population, we then made an adherence rate, where we took a county's level of adherence and divided it by 1,000 to get a rate that stands for how many adherents are there out of 1,000 people."

Okay, so where does spirituality fit in? In their article, Ferguson and Tamburello say that religion is "institutional, mediated and communal" whereas spirituality "points to the personal, subjective, non-institutionalized and unmediated experience with the sacred." In these terms, it's a spiritual experience to encounter the sacred in nature.

Ferguson told me that, as he sees it, the study "contributes one piece of the puzzle as to why regions in American differ in religiosity."

"It doesn't explain everything, but it does offer another mechanism for regional variation. For instance, the West Coast has lower rates of religious adherence, not because the population is in any way less religious/spiritual. It's that there is an additional supplier of spirituality (nature) and so they are less likely get their spiritual needs met from traditional religious congregations."

Ferguson and Tamburello believe they aren't just capturing a "time competition effect" in which, because people don't have time to do everything, religious affiliation drops out in areas where natural amenities are high. Instead, because they carry out statistical manipulations to remove the effect of confounding variables on the data — for example, they control for the number of civic organizations and recreation establishments in a region — they capture, they say, a competition for connections to the sacred.

I'd like to add that not everyone who is outdoors soaking up nature is communing with the sacred. I'm just back from a quick getaway to the mountains and forests of Shenandoah National Park. As I walked wooded trails and drove past breathtaking overlooks in order to observe wildlife, I felt filled with a deep pleasure.

For me, that wonderful feeling emerged from a strong sense of connection with other animals, even with the ancient geology of the region — not from an experience of the numinous.

Of course, as Ferguson highlighted for me, this study doesn't aim to explain individual behavior but, instead, county-wide patterns. That's its strength.

By the way, it's pure fun to point your cursor over the map to find where you live — and figure out if it's time to move to California.