Accessibility links
Are Science And Truth At Odds? : 13.7: Cosmos And Culture A curious personalization of science is underway — it's as if scientific issues are simply matters of opinion and not the product of a very thorough process, says commentator Marcelo Gleiser.

Are Science And Truth At Odds?

Are Science And Truth At Odds? 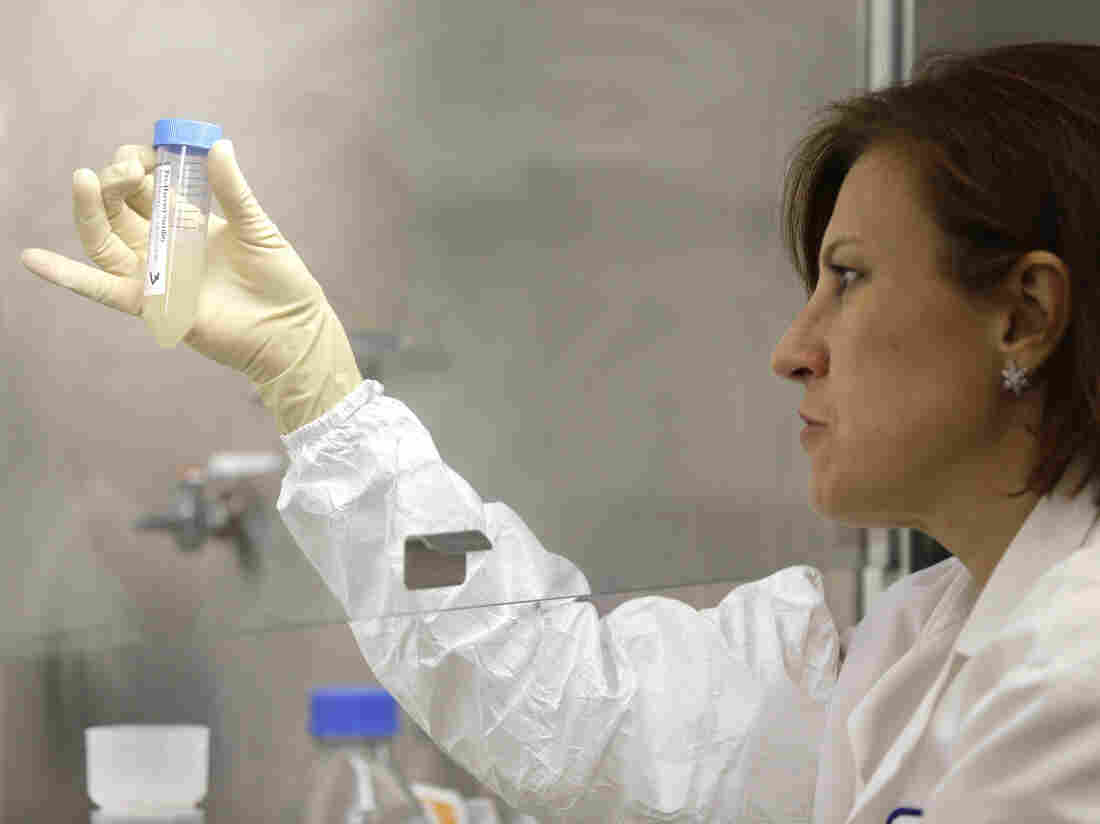 A quality control manager checks samples for unwanted bacteria as part of the process for making an influenza vaccine. Seth Wenig/AP hide caption 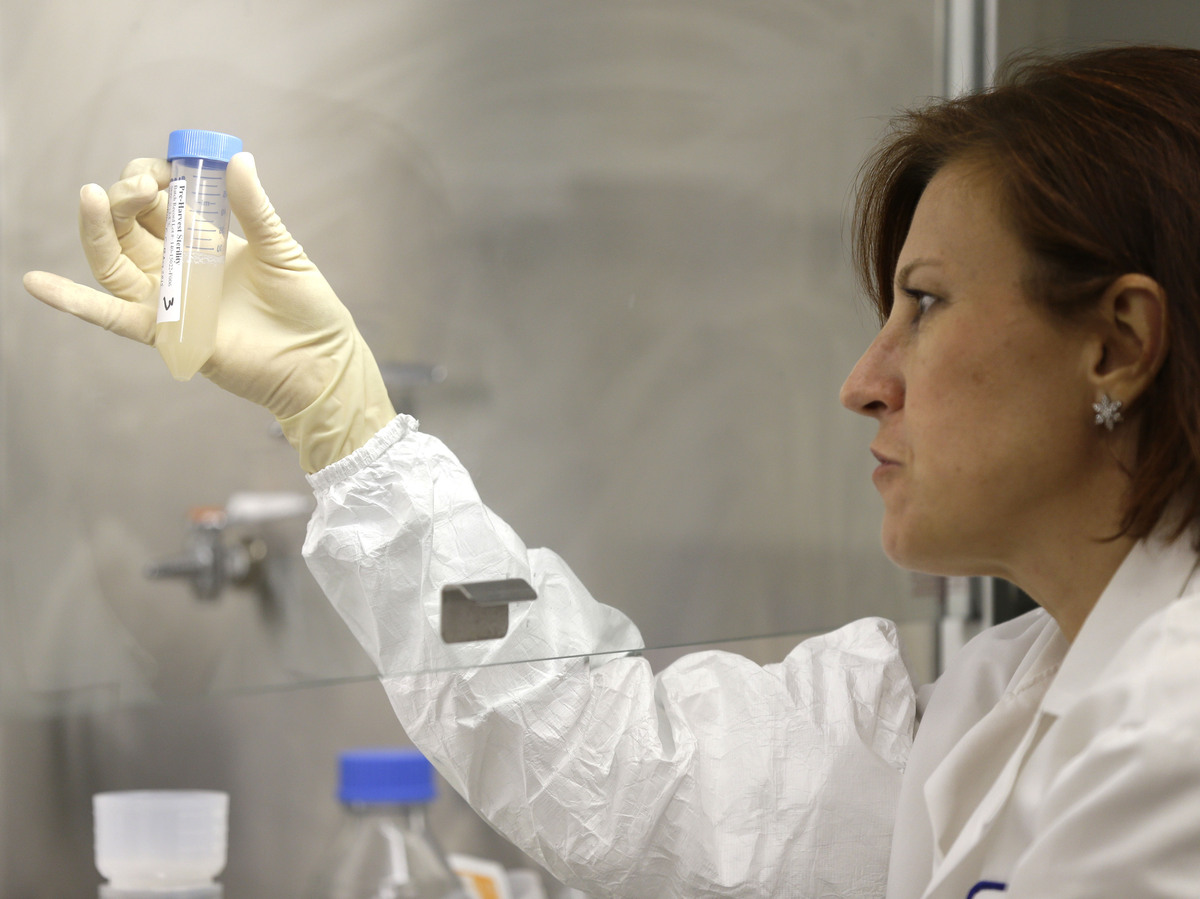 A quality control manager checks samples for unwanted bacteria as part of the process for making an influenza vaccine.

Creationism, the anti-vaccine movement, resistance to genetically modified crops, cellphone radio waves, fluoridation, the ongoing global climate change debate, the risk of certain high energy physics experiments (see my post from last week), all point to a curious "personalization" of science. It's as if scientific issues are simply matters of opinion — and not the product of a very thorough process of consensus-building among technically trained people.

The same way that you wouldn't trust a physicist to perform a root canal treatment on your molar, you shouldn't trust a dentist's opinion on the cataclysmic risks of high-energy proton collisions at the Large Hadron Collider.

But that's what's happening, a drive toward a subjective take on science — the polar opposite of what science stands for: A way of extracting universal truths about the natural world through a detailed process of observation and data analysis.

"Viewed from afar, the world seems almost on the brink of conceding that there are no truths, only competing ideologies — narratives fighting narratives. In this epistemological warfare, those with the most power are accused of imposing their version of reality — the "dominant paradigm" — on the rest, leaving the weaker to fight back with formulations of their own. Everything becomes a version."

Granted, "truth" is a loaded word. What do scientists mean when they say science finds the truth, anyway? One needs to be very careful here, for the very nature of the scientific enterprise implies that truths can shift as knowledge progresses.

Take, for example, how people thought of the cosmos around the time Columbus sailed to the Americas — a finite, Earth-centered universe — and how it is seen now — an expanding, possibly infinite universe with hundreds of billions of galaxies. It is, however, essential to understand that although such grand narratives of the natural world do change as we discover more of the universe, our theories that describe natural phenomena successfully remain as valid as ever.

Case in point: Newton's laws of motion and of universal gravity. When scientists at NASA plan a mission to Mars, they use Newton's theory of gravity, and not Einstein's more sophisticated version, even if the two differ quite dramatically conceptually. Newton's theory is precise enough to deal with motions around the solar system. If we were to plan a mission to a black hole, we would need to use Einstein's theory.

Scientific certainty depends on the range of applicability of a given theory. If it is being applied within its range of validity, we can trust it as the best approximation to the truth.

The notion of approximation to the truth is essential. Science doesn't reproduce nature exactly — an impossible task. Models reduce systems to their bare essentials, making sure to keep what is needed for an efficient description, one that leads to the proper prediction of future behavior, for example. This is why astronomers can predict with an accuracy of seconds or less when total solar eclipses will occur hundreds of years in the future. This kind of certainty is the essence of scientific truth, even if any scientific prediction comes with a margin of error.

Matters turn murkier when we need to rely on statistics to make predictions, which is where much of the controversy between science and truth comes out. When a physicist says there is a one-in-a-thousand-billion chance that a nuclear test may cause a chain reaction that will ignite the atmosphere, what are we to do? Or when it is stated that the risk of side effects from taking a certain medication are "minor?" Or if the chance that the average global temperature will rise two degrees by century's end is more than 70 percent if we stay the course with carbon emissions?

To come to a decision, we need to consider how these statements are constructed. Are they coming from a scientific consensus based on detailed data analysis or from a particular interest group? Are the errors quoted? Are they small enough so that the prediction stands well above them?

In the end, the conflict between science and truth is most obvious when it calls for personal decisions. What am I going to do? Who am I going to vote for based on this or that scientific issue (global warming, for example, or stem-cell research)? Given the enormous variety of scientific questions and their possible contexts, one should not bundle all decisions and have a single, overarching opinion of scientific truth.

Different issues call for different kinds of science, with different analytical tools and specific methodologies. You don't go to your general practitioner for brain surgery. You don't fly in an airplane that is not proven safe by countless tests done by competent engineers. There is always a margin of error; planes do crash. But we do take them anyway, because they are scientifically vetted to be safe modes of transportation. Once we make up our minds to take an airplane, we surrender to the technical ability of the engineers that design the plane and the pilots who fly it. We accept that the science of flight is well understood and that we are in competent hands.

I would argue, similarly, for other aspects of science and truth. For someone who is not versed in all the technicalities, embracing a sound scientific study — one vetted by the scientific community and not dependent on one or a few individuals or interest groups — should not be that much different than the decision to fasten your seat belt: Even if there are risks, your desire to get to your destination fast and safely trump them.