Accessibility links
Quantum Physics And The Need For A New Paradigm : 13.7: Cosmos And Culture Space-time is just the tip of the iceberg: Below the surface is a vast, unseen world of possibility, says quantum physicist Ruth Kastner. Here, she explores the idea of transactional interpretation.

Quantum Physics And The Need For A New Paradigm

Quantum Physics And The Need For A New Paradigm 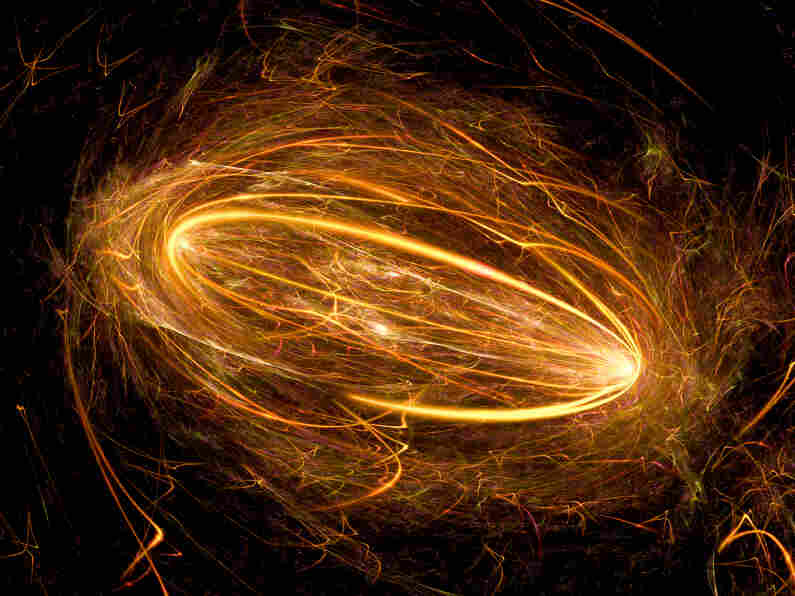 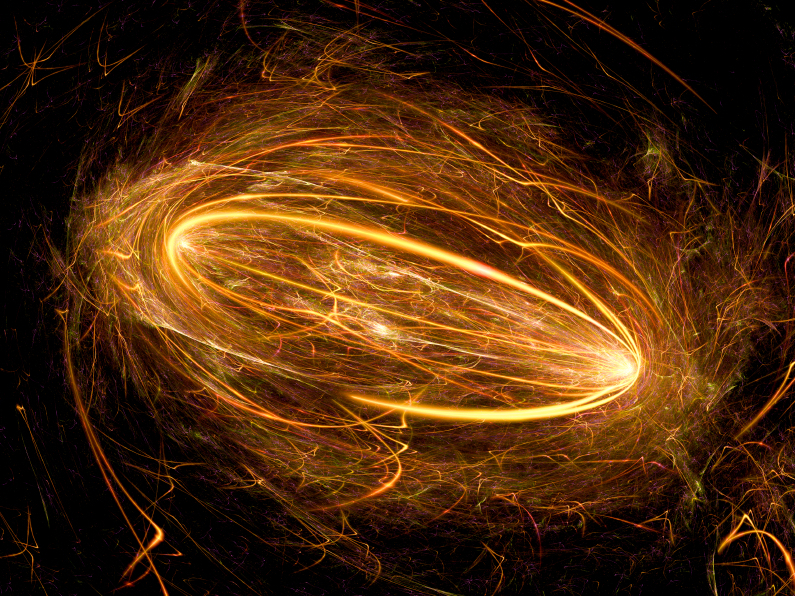 Quantum physics, celebrated for its predictive success, has also become notorious for being an inscrutable mass of paradoxes.

One of the founders of the theory, Niels Bohr, stated that "those who are not shocked when they first come across quantum theory cannot possibly have understood it." Nobel laureate Richard Feynman said, "I think I can safely say that nobody understands quantum mechanics."

The shocking aspects of quantum theory can be summarized by three issues: uncertainty, nonlocality and the measurement problem (or the problem of "Schrödinger's Cat").

The first issue consists in the fact that the tiny objects described by quantum theory, such as the constituents of atoms — protons and electrons, for example — cannot be pinned down to definite locations and speeds at the same time. If one of these properties is definite, the other must be in a quantum superposition, a kind of "fuzziness" that we never see in the ordinary macroscopic world of experience.

The second issue arises in certain kinds of composite systems, such as pairs of electrons, in a so-called "entangled" state. If you send two such electrons off to the opposite ends of the galaxy, quantum physics tells us that they are still somehow in direct communication, such that the result of a measurement performed on one of them is instantly known to the other. This seems to be in conflict with another very successful theory, Einstein's theory of relativity, which tells us that no signal can be transferred faster than the speed of light.

The third issue comes from Erwin Schrödinger's observation that quantum physics seems to tell us that measuring instruments become "entangled" with the quantum objects they are measuring in a way that dictates that even macroscopic objects, like cats, inherit the "fuzziness" of the quantum world. In this case, the famous unfortunate cat seemingly ends up in a superposition of "alive and dead" based on the superposition of a radioactive atom in an uncertain state of "decayed and undecayed."

It may come as a surprise to learn that there is a way to make sense of all three of these seemingly paradoxical features of quantum mechanics. However, there is, of course, a price to pay for that solution: a paradigm change as startling as the one that accompanied Einstein's theory of relativity — which told us, despite our intuitions, that there is no such thing as absolute space or time. Quantum physics requires that we "think outside the box," and that box turns out to be space-time itself. The message of quantum physics is that not only is there no absolute space or time, but that reality extends beyond space-time. Metaphorically speaking, space-time is just the "tip of the iceberg": Below the surface is a vast, unseen world of possibility. And it is that vast, unseen world that is described by quantum physics.

This is not a wholly new idea: Another founder of quantum theory, Werner Heisenberg, stated that a quantum object is "something standing in the middle between the idea of an event and the actual event, a strange kind of physical reality just in the middle between possibility and reality." Heisenberg called this "potentia," a concept originally introduced by the ancient Greek philosopher Aristotle. It turns out that if we apply Heisenberg's insight to an intriguing interpretation of quantum theory called the transactional interpretation (TI), we gain a unified understanding of all three paradoxical aspects of quantum theory.

TI was originally proposed by John G. Cramer, professor emeritus at the University of Washington. Its key feature is that the process of absorption of a quantum state is just as important as the process of emission of a quantum state. This symmetry is nicely consistent with relativistic quantum theory, in which quantum states are both created and destroyed. But it comes with a counterintuitive feature: The absorption (or destruction) process involves quantum states with negative energy. For this reason, TI has generally been neglected by the mainstream physics community.

However, it turns out that if you include this "response of the absorber," you get a solution to the so-called "measurement problem" — the problem of Schrödinger's Cat. A clear physical account can be given for why the cat does not end up in a "fuzzy" superposition of alive and dead. We even get a natural explanation for the rule used to calculate the probabilities of measurement outcomes (the so-called "Born Rule" after its inventor, Max Born).

In TI, the "collapse of the quantum state" is called a transaction, because it involves an "offer" from the emitter and a "confirmation" from the absorber, much like the negotiation in a financial transaction. When these occur, we get a "measurement," and that allows us to define what a measurement is — and explains why we never see things like cats in quantum superpositions. But, in the new development of TI, the offers and confirmations are only possibilities — they are outside the realm of ordinary space-time. In fact, it is the transactional processes that creates space-time events: "Collapse" is the crystallizing of the possibilities of the quantum realm into the concrete actualities of the space-time realm. So, collapse is not something that happens anywhere in space-time. It is the creation of space-time itself.

The preceding is just the barest introduction to this new, updated version of TI that I call "possibilist TI" or PTI. (The details appear in peer-reviewed publications and in my books.) But if we accept the idea that quantum physics is describing possibilities that exist beyond space-time, then it can begin to make sense that those possibilities are "fuzzier" than the objects we experience in space-time and their correlations are not subject to relativistic "speed limit" that applies to the space-time realm only. And we gain a clear account of measurement that explains why Schrödinger's Cat is never alive and dead at the same time.

Ruth E. Kastner is a quantum physicist in the Foundations of Physics Group at the University of Maryland. In her latest book is Understanding Our Unseen Reality: Solving Quantum Riddles.