Accessibility links
Are We Ex-Apes? A Story Of Human Evolution : 13.7: Cosmos And Culture Whether humans are apes depends on culturally embedded ways we frame our work in science, says anthropologist Barbara J. King.

Are We Ex-Apes? A Story Of Human Evolution

Are We Ex-Apes? A Story Of Human Evolution 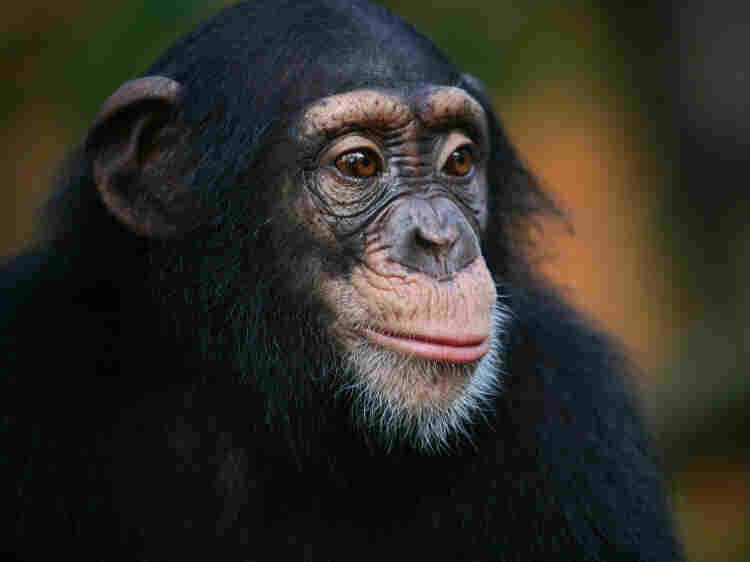 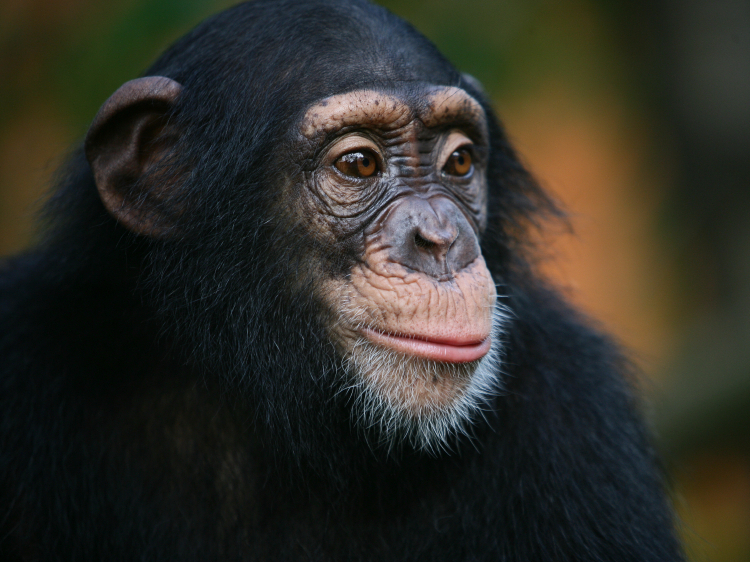 "We are biocultural ex-apes trying to understand ourselves," declares biological anthropologist Jonathan Marks in his new book, Tales of the Ex-Apes:How We Think About Human Evolution.

That term — ex-apes — get emphasized in the book a lot by Marks, as does "human exceptionalism." Marks really doesn't want to be an ape — and he delivers his argument in a book that's fresh (in all senses of the word), funny and full of rigorous anthropological scholarship. His argument pushes back against my tendency — even while working within the same discipline as Marks — to emphasize not ape-human boundaries but ape-human continuities.

There are two central themes, as I see it, in Marks' Tales. 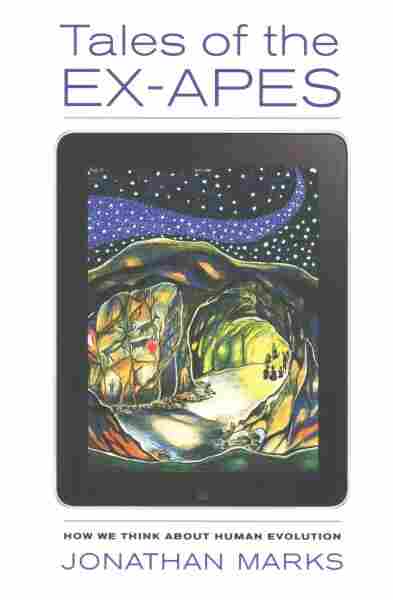 How We Think about Human Evolution

First, human meaning-making is centered on kinship. Unlike other animals, we decide to whom we're related based as much on our shared ideas as on the fact of our shared genes. Consider first cousins. In some societies, your mother's brother's offspring and your mother's sister's offspring, though equally genetically related to you, may be considered to be in two wildly different categories of kin, such that one is a perfectly acceptable mating partner and the other would be a scandalously incestuous choice.

Second, because science is everywhere and always a cultural enterprise, this meaning-making extends to the ways we make sense of human origins. It's notoriously hard to distinguish one extinct species from another, which means that species are units of cultural thought as much as of biological fact. The inevitable conclusion is that in studying human evolution, we impose upon fossil finds more than discover from them trees of relatedness that attempt to draw connections among various ancestral species.

Marks concludes that ancestry "is an origin myth. It takes the world of biological data and emphasizes some things, invents others, and relates the present to the past in a meaningful way."

But what about that next step, the one that carries us firmly into the territory of human exceptionalism? Sure, humans make meaning in ways that chimpanzees don't. But why push hard to wall us off as ex-apes from these smart, savvy primates who make meaning in their own ways?

And push hard Marks does. Making a cultural decision of his own, he portrays chimpanzees as a kind of dumb cousin.

Chimpanzees don't speak. Instead, Marks notes, "one ape goes 'oo-oo-oo,' and the others join in." Lacking graveside rituals for their dead, when a companion is unresponsive, chimpanzees are limited to understanding only that "once Boo-Boo has ceased to move, he is not going to start moving again." Chimpanzees, in fact, "have small, weak brains."

Marks doesn't, of course, deny that this way of framing chimpanzees is a cultural framing — that would go against all his conclusions. I asked him this week by email if scientists who study chimpanzees might find his language to be pretty obviously biased, an explicit attempt to stretch the ape-human divide. He replied in this way:

"Yes, absolutely! My point is precisely that nobody can say 'You're being political/ideological/biased and I'm not.' Given the subject, it is all bio-political, and that is what we need to acknowledge — this is not like fruit-fly genetics."

So, then, what is my bio-political take on our "dumb" cousins?

Even though chimpanzees neither speak nor bury their dead, they're not so dumb at all. In their dynamic fission-fusion communities, chimpanzees communicate with meaningful vocalizations and gestures, express both lethal violence and also empathy and grief, and show nifty levels of cognition by keeping track of complex social relationships, hunting collaboratively and making tools (used in precise sequence) that increase their foraging success.

Aren't we apes, in the same way that we are mammals? On this point, Marks holds firm. He told me:

"Let's differentiate between taxonomic terms and descriptive ones. We are mammals, because that is a classificatory term whose defining properties we possess. We are also hominoids; that is a classificatory term and we have the defining properties (no tail, Y-5 molars, rotating shoulder, etc.). Those are statements about what kinds of animals we are most similar to, and are taxonomic.

"Apes is not a taxonomic category, but a descriptive category. By exactly the same criteria that would lead you to say we are apes (i.e., phylogeny), you would also have to say that we are fish. But we don't say that we are fish (because it would be stupid). There are certainly thing we can learn about our biology by coming to grips with our fish ancestry, but we aren't fish. Rather, we say that our ancestors were fish, but they evolved into land-dwelling, air-breathing tetrapods. Likewise our ancestors were long-armed, small-brained, and hairy (i.e., 'apes'), but they evolved into short-armed, big-brained, glabrous creatures.

"If evolution is descent with modification, then to say that we are fish would be to invoke descent without modification — just descent. That is the same situation for apes."

Point to Marks: We don't want to invoke descent without modification. Biological anthropologist John Hawks stresses the value in invoking precise phylogeny when he says, too, that humans aren't apes.

Yet, seeing ourselves as apes (and mammals, and even as fish, too) invites us to acknowledge the trajectory by which humans evolved to be who we are. We carry — in a very nondeterministic fashion — parts of our ancestral past with us; today we aren't so far apart from other animals as people sometimes think.

Marks and I agree on the big things. Humans shared a common ancestor with today's apes. The human lineage evolved over the past 6 or 7 million years in unprecedentedly bio-cultural ways.

And in taking up different emphases when describing modern humans' relationships to the apes, we embody the very heart of Marks' book. The interpretation of our own origins is a profoundly cultural process.

Read an excerpt of Tales of the Ex-Apes