Accessibility links
Children Want Factual Stories, Versus Fantasy, More Often Than Adults : 13.7: Cosmos And Culture Childhood is a time of pretend play, fantasy lands and make-believe. But Tania Lombrozo explores a study showing when factual stories are pitted against fictional tales, kids lean toward the real. 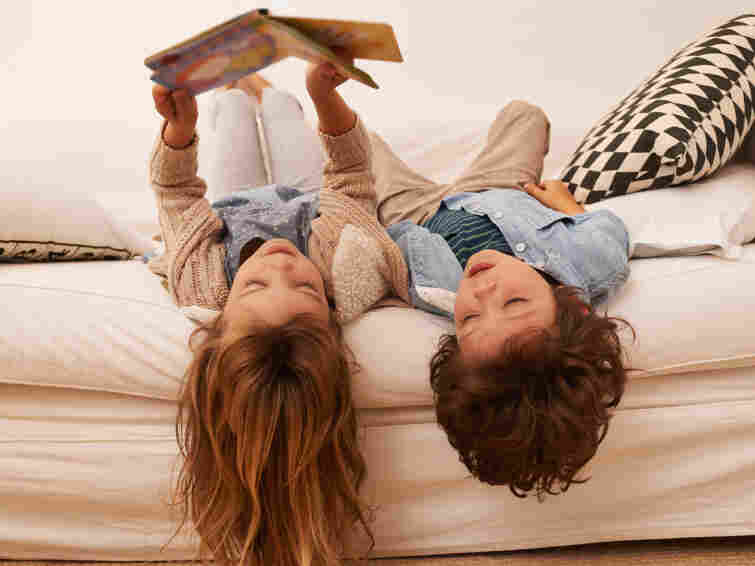 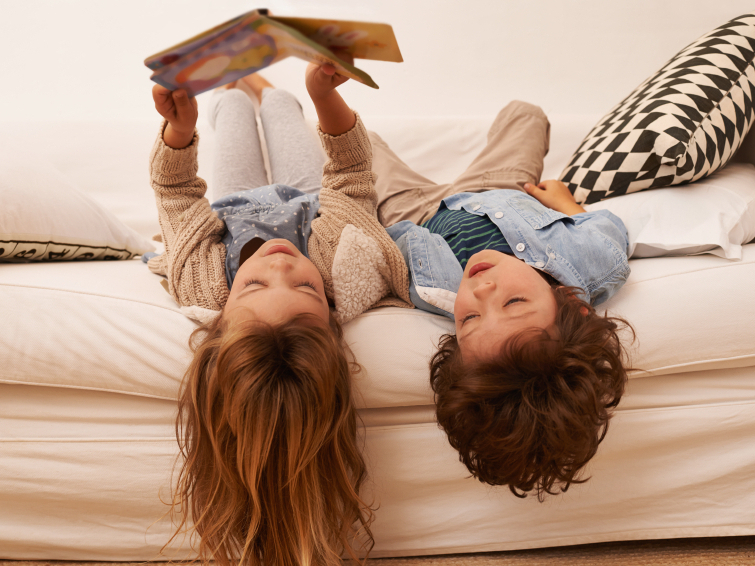 Yet adults are no strangers to fiction. We love movies and novels, poems and plays. We also love television, even when it isn't preceded by "reality."

So, what happens as we make our way from childhood to adulthood? Do we ever really outgrow a childlike predilection for make-believe? Or does our fascination with fiction and fantasy simply find new forms of expression?

In a paper published earlier this year, psychologists Jennifer Barnes, Emily Bernstein and Paul Bloom set out to compare children's and adults' preferences for fact versus fiction in stories. Their results are surprising — and reveal something important about why we're so drawn to fiction in the first place.

In their first study, Barnes and her colleagues had 4- to 7-year-old children and adults choose which of two books sounded like it contained "the better story" based on a brief description of what it was about. For instance, participants had to decide between a story about a child "who found buried treasure" and one about a child "who discovered a dinosaur bone." But for half the participants, the treasure story was introduced as "true" and the dinosaur bone story as "make-believe" — while, for the other half, this pairing was reversed. This allowed the researchers to detect overall preferences for fact over fiction, over and above any preferences for particular content or themes.

In a second study, Barnes and colleagues turned to the fantastical, pitting stories with fantastical characters or plots against realistic alternatives. For example, participants might choose between a story about "a boy who lives on an invisible farm" versus a story about "a boy with lots of brothers and sisters." Once again, they found that the children were more compelled than by realism than were the adults. The 4- and 5-year olds chose fantastical and realistic stories equally often, but the adults had a consistent preference for the fantastical.

These results are potentially counterintuitive — isn't childhood the bastion of fantasy and make-believe?

Barnes and colleagues offer a compelling explanation: Children are still learning about the real world. What's routine for us might be novel for them. In fact, we know that children (and adults) can learn from fictional stories, but children more readily apply what they've learned when the story is realistic as opposed to fantastical. Fiction and fantasy might be luxuries we can afford only after we've mastered the basics.

Taking a speculative step farther, we might expect stories to be an especially reality-bound medium for children. When children hear stories, they're typically receiving information from experts — older children and adults who know more about the world than they do. If stories are essentially a form of testimony about the world, it makes sense to favor fidelity.

But other forms of make-believe, such as pretend play or conversations with imaginary companions, need not be so constrained by reality. Activities like these are more likely to be initiated by children among children. And, unlike hearing a realistic story from an expert, engaging in imaginative play doesn't offer new data about the way the world works — it instead offers an opportunity to explore what we think we already know, including its limits and entailments. If stories are a form of input, imagination and pretense may be mechanisms for elaboration and assimilation.

At least, that's one story. And it might not even be fictional.