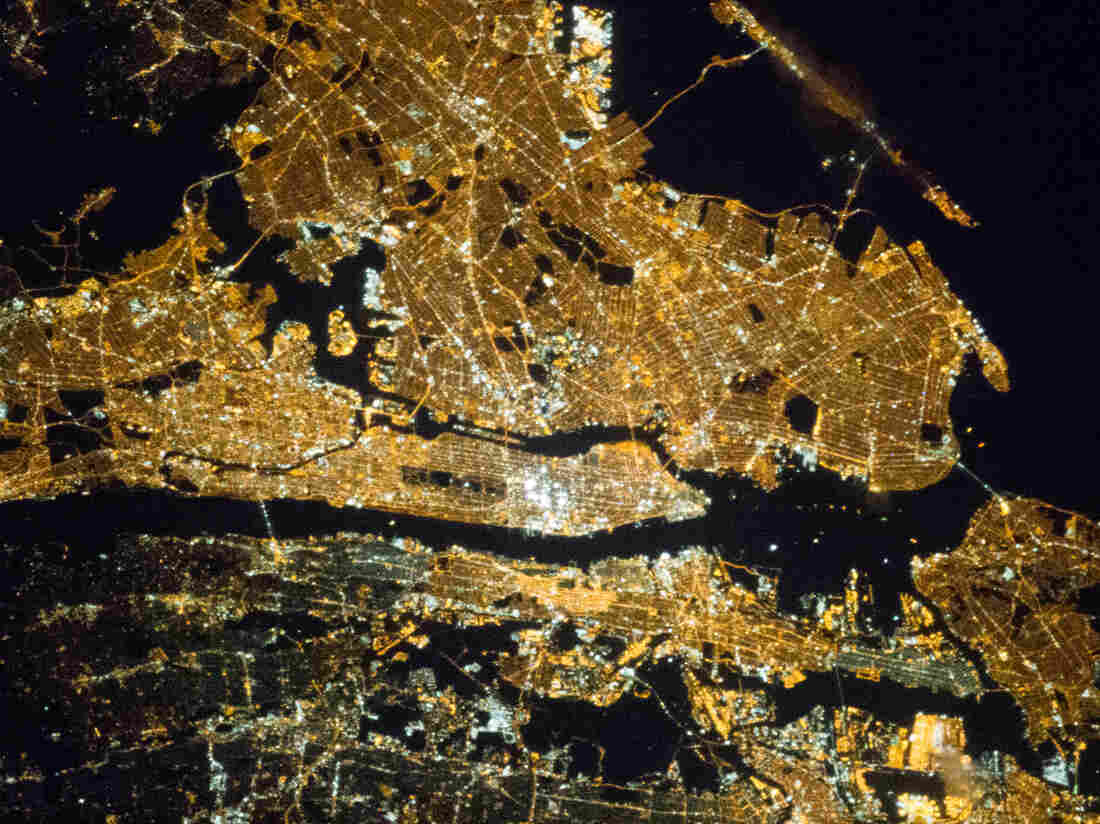 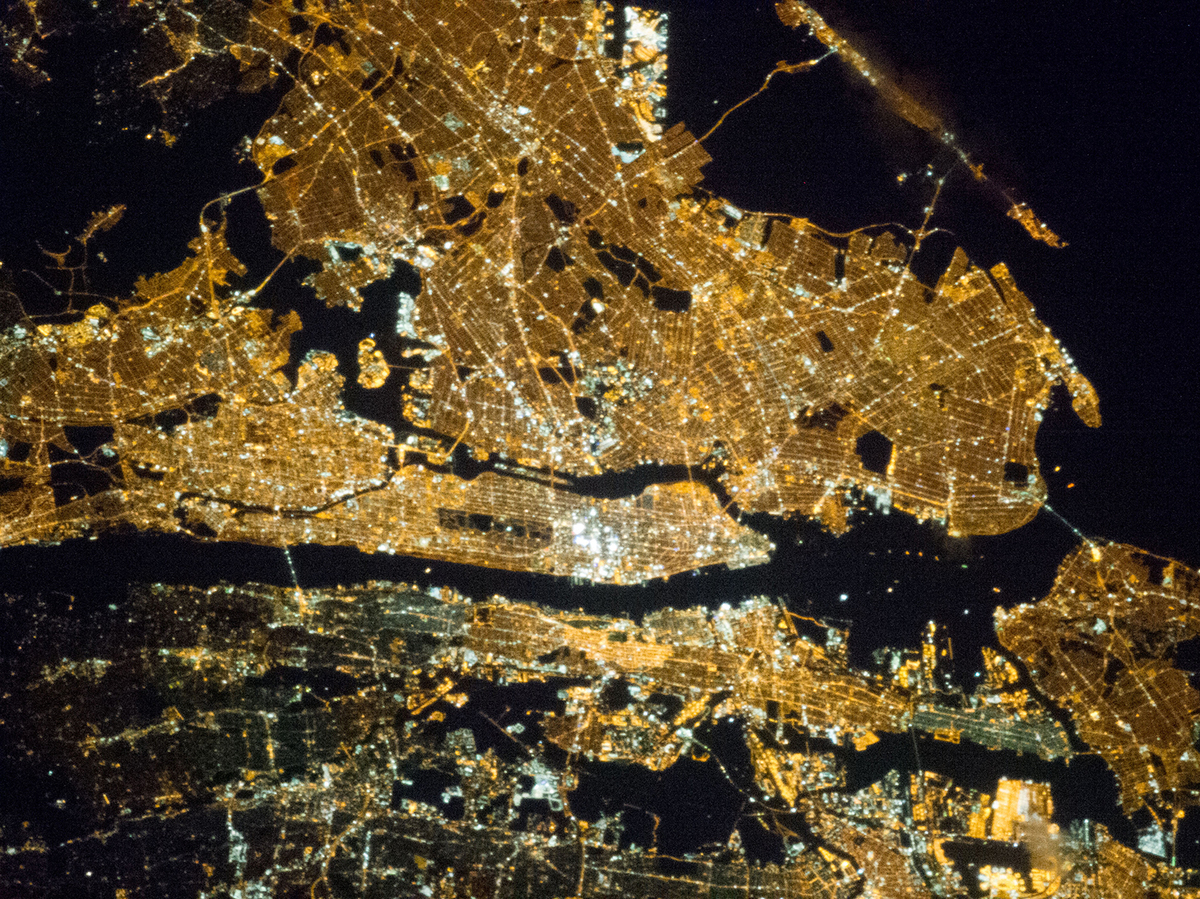 A view of greater New York City from the International Space Station.

The nation's vast transportation network is a modern-day wonder built from highways and streets, off-ramps and interchanges, cars, trucks and buses. And the fossil fuel that powers it all represents another modern wonder — a complex network of linked drilling platforms, refineries, pipelines, rail lines and trucking operations.

The scale of it all is staggering. Try, for a moment, to think of all those thousands and thousands of miles of concrete, asphalt, steel piping and iron rebar.

Now think about something even more staggering: In 1890 there were no gas stations — the very root of our modern transportation infrastructure. But by 1920, there were gas stations everywhere.

What does that tell you? It means all those highways, refineries and pipelines emerged out of nothing on a scale of decades.

When you look at the history, it's remarkable just how fast we built the fossil fuel-based transportation and energy infrastructure our civilization depends upon.

But what's even more remarkable is that we have to do it again.

That's because the demands of building a sustainable human civilization on a climate-changed planet means we need to rebuild what we have ... and pretty fast, too.

So what does "rebuilding infrastructure," mean? How does any society go about building its infrastructure in the first place? How hard is it to build a new one? And has anyone purposely switched from one infrastructure to another before?

To answer those questions, I found myself at a remarkable intersection of four of humanity's most recent experiments in transportation networks.

Rochester, New York, is sometimes called America's first boomtown. The city's rapid growth in the 1800s was driven by the Erie Canal, started in 1808 and finished in 1825. The canal still cuts through Rochester, and I recently found a place where a railroad bridge crosses above it. That bridge is part of the rail infrastructure that went into operation in Rochester in the mid 1800s. At this particular site, I could also see fast moving cars running along I-390, a highway built in 1960s. And, just past I-390, I could see passenger jet planes making their approach into the Rochester International Airport. 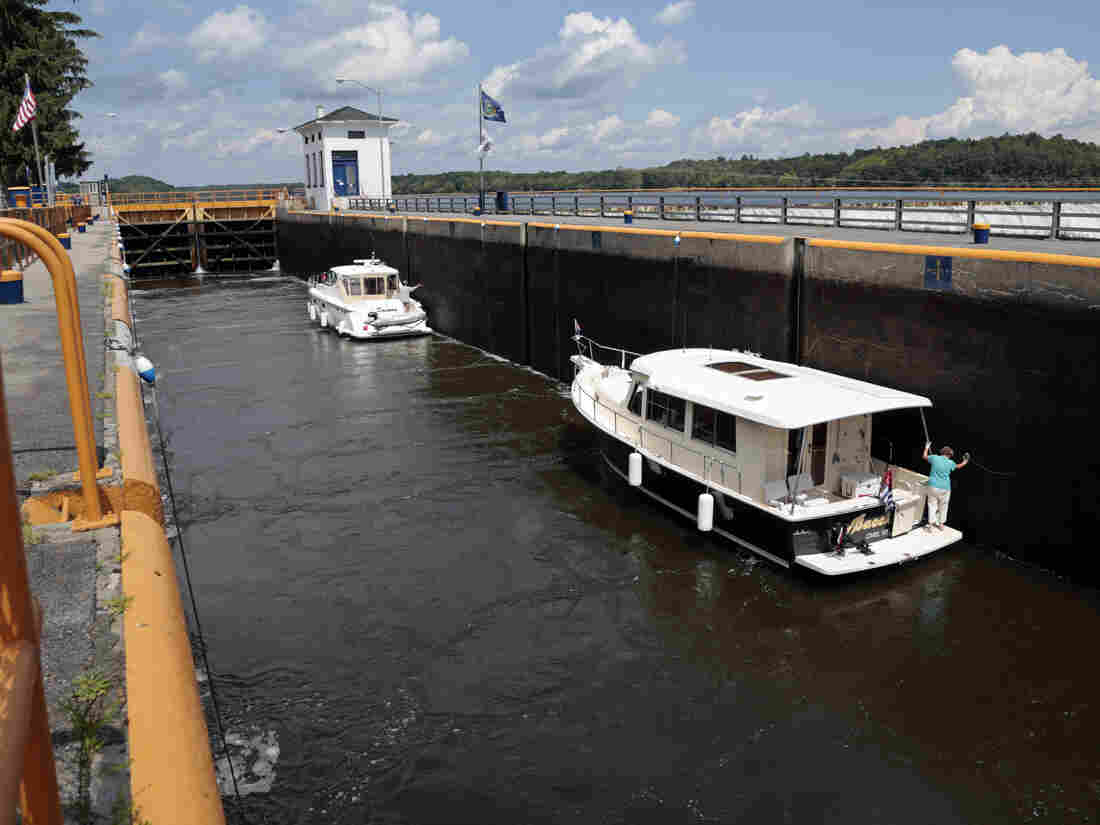 Boats wait for Lock 7 on the Erie Canal to fill before continuing their journey in Niskayuna, N.Y., in August 2015. Mike Groll/AP hide caption 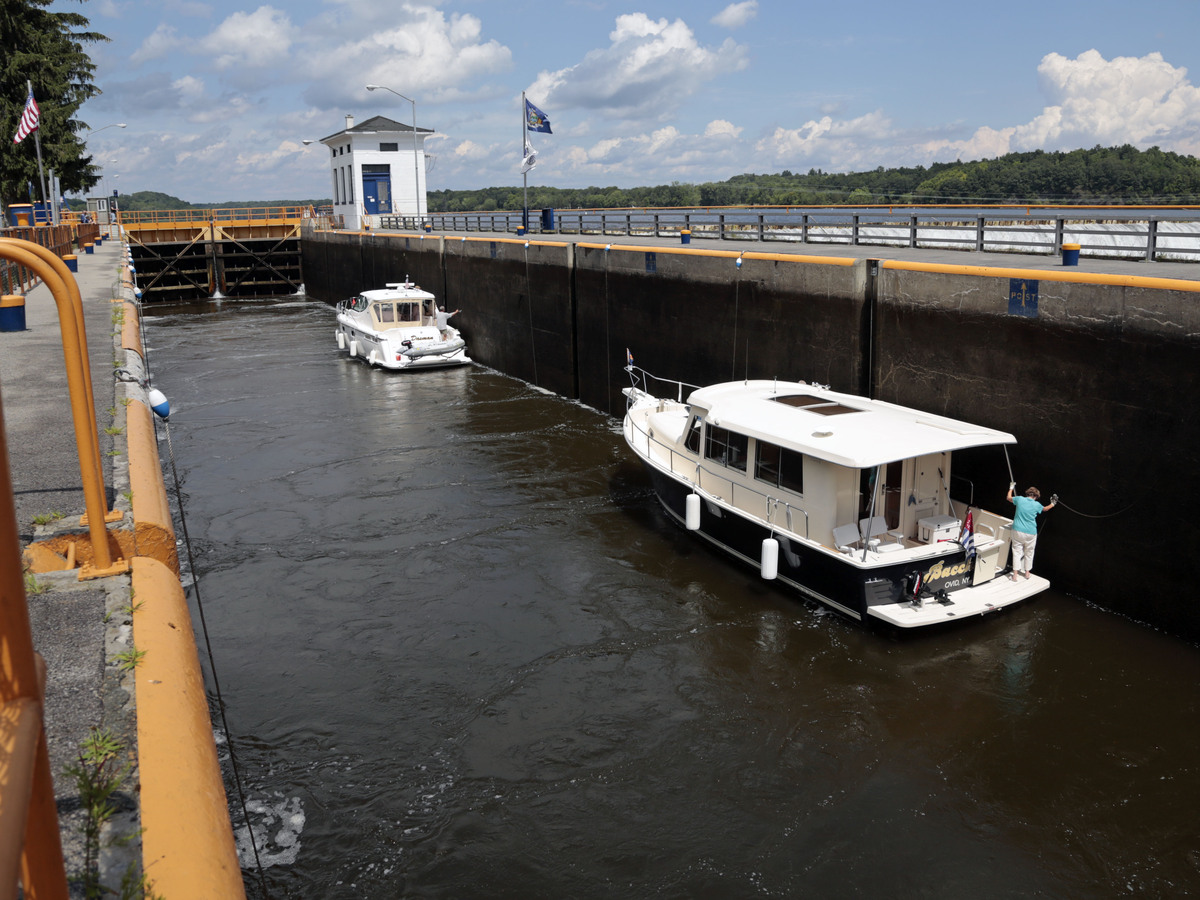 Boats wait for Lock 7 on the Erie Canal to fill before continuing their journey in Niskayuna, N.Y., in August 2015.

The Canal, the railroad, the highway and the airport --I could see or hear each of them and each represented a system, an infrastructure, built from stone and metal at enormous cost. They were all the product of human genius designed in service of civilization to move goods and information and people as quickly and efficiently as possible. But from where I was standing, I could also see that infrastructures don't always last.

When it was built, the Erie Canal was hailed as the greatest of human engineering triumphs. It included 18 aqueducts and 83 locks, with a rise of 568 feet from the Hudson River to Lake Erie. It was 4 ft. deep and 40 ft. wide, and floated boats carrying 30 tons of freight. Running from Lake Erie to the Hudson River, the Erie Canal opened up the West (or what was thought to be the West at the time) allowing grain grown in Ohio to move quickly to major East Coast cities. Fortunes were built from goods piled on barges that were towed along the canal. People were moved on its waters, too. So many people, in fact, that new towns with names like "Lockport" and "Brockport" sprung up to service their needs. For decades, the canal was the centerpiece of a complex transportation infrastructure.

And then, for the most part, it ended.

By the mid-1800s, rail lines began snaking across the state, vastly reducing the time it took to move goods and people. While the canals were still used to transport heavy goods, their heyday was over by the turn of the 20th century. These days, the Erie Canal is a place for lovely walks, bike rides and recreational boating.

Trains had their day, too, as anyone who has ever watched an old movie can tell you. Until well into the middle of the 20th century, if you wanted to get somewhere far away quickly you took a train. But that function of rail lines ended after World War II as the interstate highway system was built.

Then, of course, came the construction of the air travel network, and cars were soon edged out for a lot of long (or even moderate) distance travel.

The canal, the railroad, the highway, the airport — transportation networks have come and gone. Sometimes they are abandoned entirely. Sometimes their scope changes as new technologies, and the infrastructures built around them, take over. But, in each case, there was a period of muscular expansion as the infrastructure was first imagined and then built with huge amounts of human labor and wealth.

So, what does this tell us about what we do next?

Right now, we seem to be standing at pretty singular moment in human history. We've been building infrastructures ever since we started building cities 6,000 years ago. There were canals in ancient Sumer, roads in ancient Rome, ports in Elizabethan England. The development of each came as new opportunities opened and new technologies were invented. Our modern age, fueled by the oil we drag out of the ground, is no different.

What is different about this moment is that, for the first time, we must switch infrastructures with a planetary intention. We aren't starting construction on a new infrastructure just because some new technology is available. Instead, we need to make a switch because the old modality is now recognized as a threat to the civilization it was supposed to support via the climate change it's driving.

So, we need to change infrastructures and we need to do it soon. While that can seem like Herculean task, from my vantage point on the canal another truth emerged.

It's not that big a deal.

Right there in front of me, I could see four different versions of infrastructure built over the last 200 years. Without a doubt, constructing a new version of human civilization that does not rely on fossil fuels will require great effort.

Facing the great challenge ahead of us, it's time to remember the evidence that is always right in front of us, as it was in front of me on that day on the Erie Canal: Of course we can quickly rebuild our civilization's infrastructure when we need to do so. At the risk of repeating myself, it's just how we roll.