Accessibility links
On Learning How To Die : 13.7: Cosmos And Culture The most marvelous questions about life can best be answered only by each of us in the context of our own lives, knowing that life is limited, say authors Irene Kacandes and Steve Gordon. 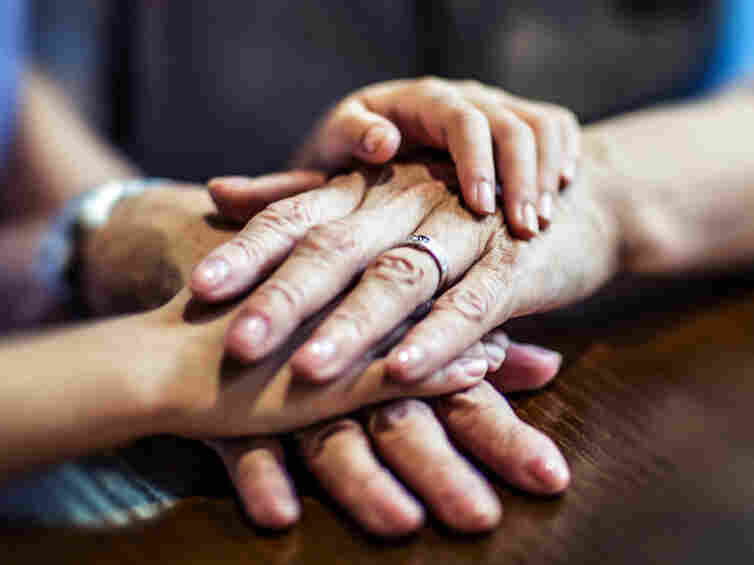 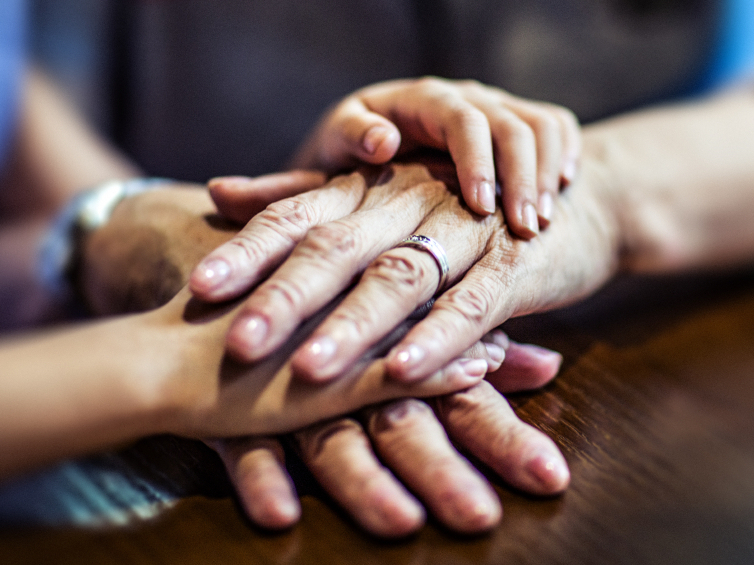 More than 20 years ago, Sherwin B. Nuland, in his fascinating book How We Die, explained in detail what happens to our bodies when life comes to an end — what specifically breaks down when we die of a heart attack, or AIDS, or with dementia, or of cancer.

For the few decades since, and probably for millennia prior, it's been an almost single-minded goal of human beings to defeat those very processes. And human beings have done quite well. The average lifespan in the United States increased by about 30 years over the course of the 20th century. The failing of the heart can be forestalled almost indefinitely, it would seem, thanks to drugs, surgery and medical devices. The number of people who have survived cancer is growing fast. AIDS is now essentially a chronic illness. Even the progression of Alzheimer's can often be slowed.

If we assume that the reason to pursue these scientific and technological advances that extend and "improve" life is that we consider life so incredibly important that everything should be done to extend it, where does that leave us? What are we doing with those extra years? Or months? Or days? Have we, without thinking, allowed ourselves to put so much faith in technology that we ignore the most fundamental truth about being human — that we remain mortal?

The two of us have been asking ourselves and each other these — and related — questions for years. The quality of the life we are able to live is fundamental. Furthermore, we've tried to think through how staring mortality in what our culture considers its frightening face — realizing both that this day, this moment could be our last and also that even if death is not imminent, it is likely to arrive too soon for many of us — can actually allow us to make choices that are life enhancing.

Longtime hospice nurse Barbara Karnes, for instance, advises those approaching their deaths to not put things off until a day or hour when they are feeling better. Assume, she suggests, that today is the best you're ever going to feel and attend to those activities and people who are priorities for you. We think that this is great advice, too, for those of us who have no reason to think our ends are near — because they actually could be, and also because we believe a good life means living your priorities and values as fully as possible at all times. To live them, you have to know them, and to know them, you have to spend time thinking about them.

This could seem obvious. And yet, knowing yourself and your priorities can help you make better decisions, both in everyday life and in the medical context. Some medical treatments, for instance, may themselves be so painful or impinge on the present moment so severely or leave us in such a diminished state, that we might choose to forego them.

Take the first of two concrete examples: We now have enough data to know that with certain types of breast cancer discovered at certain stages, there is no difference whatsoever in long term outcomes if a patient chooses removal of the tumor (lumpectomy, also called partial mastectomy) or full removal of the breast (mastectomy). No difference. So, how does a woman decide? Well, if body image is important to her, if her breasts play a role in her sexual life, lumpectomy (where follow-up radiation is usually strongly recommended) could be the right choice. What if, however, she is by nature a worrier, skeptical of statistics, generally uncomfortable going to hospitals (radiation usually involves going to the hospital every day for at least 20 treatments)? Well, a full mastectomy could be preferred. There's no right answer; there's only the right answer for that individual and her values.

In a second example, let's nudge closer to end of life. You are the adult child and health proxy of a demented parent who can no longer feed him/herself and/or gags on food. That parent never got around to drafting a living will. Do you allow the placement of a feeding tube? Well, if you know your parent was proud of being completely independent and had lived what s/he thought was a satisfying life and had said over and over again — but alas not put on paper — that s/he did not want artificial nutrition, you can turn down this technology. But what if you knew that your parent had suffered from long-term hunger as a child? Or what if your parent had been a professional chef and had always enjoyed food to the fullest? Those could be reasons to think s/he would not want to be without nutrition no matter how delivered.

This brings us to a final point and also to one of the reasons we decided to publish our ruminations on mortality in Let's Talk About Death: Knowing yourself and your values is critical in our day of almost endless medical means to keep humans alive. Yet, if you haven't shared your values with those who are likely to be asked about your wishes if you become unable to express them, you could end up with treatment that does not reflect who you consider yourself to be. To get back to sage Barbara Karnes: There's only living and not living. No such state as dying (or only in a technical sense). To live your end like your middle, so to speak, you need to share your thoughts with others. To our minds, though, that means more than appointing a medical power of attorney and signing off on a living will, more even than telling those close to you how you want your end to be. Thinking about your mortality, and distilling how you feel about living with it, will possibly change your death. It will definitely change your life.

We 21st century humans know a lot about the "what" and the "how" when it comes to our bodies and our lives. What we're made of. What we can do to perhaps live healthier and longer. How things work and how to "fix" them when they don't. The most marvelous questions about life, though, will never (we hope) be answered by technology. They are questions that can best be answered only by each of us in the context of our own lives, knowing that life is limited and that each year, day and hour are gifts, the gifts of mortality.

Irene Kacandes and Steve Gordon have a new book out titled Let's Talk About Death: Asking the Questions that Profoundly Change the Way We Live and Die. Kacandes is a professor of German studies and comparative literature at Dartmouth College, where she is also involved in the Medical Humanities Initiative. She's authored two previous books and numerous scholarly articles. Gordon is a massage therapist and the founder of a nonprofit program called The Hand to Heart Project, which provides services to people with advanced cancer. He was a newspaper writer and editor for more than 20 years.